We all have them, some are better than others, my son's were worse than most.

Mark suffers from a rare eye affliction that required special contacts to correct.  His declining vision finally got to a point where he had to see a specialist where he was told that nothing could be done and was scolded for wasting their time looking at a problem for which there was no cure.

Seeking a second opinion he found another eye doctor who told him that he had "extreme cataracts" and needed surgery on both eyes to extract them.  A couple of months ago he had the first eye done, a month ago the second.  As he wears special contacts he had to wait 30 days for the incisions to heal before using them.  The doctor replaced the cataracts with un-correctred clear lenses as he must still use special contacts.

A couple of days ago he went back for an evaluation and was told that he had 20/20 vision.  Gratifying for a fellow that feared for his future a few months ago, he's just 54.  The difference he says is amazing.  No more smoke filled vision, colors pop out, he can see street signs clearly once more.

Makes me wonder about the first doctor that scolded him for wasting his time, the same doctor that did my cataracts three years ago.  Ya couldn't find extreme cataracts Doc?  I did not see the same improvement that Mark did, although I do not have to wear glasses any longer.

Now he's all pumped up about flying model airplanes again.  "I can see if they are coming or going now Dad."

Coincidentally, he just this minute called me, all excited about binding his T-28 and other planes to his transmitter.  "I can see individual blades of grass now, not just fields of green." 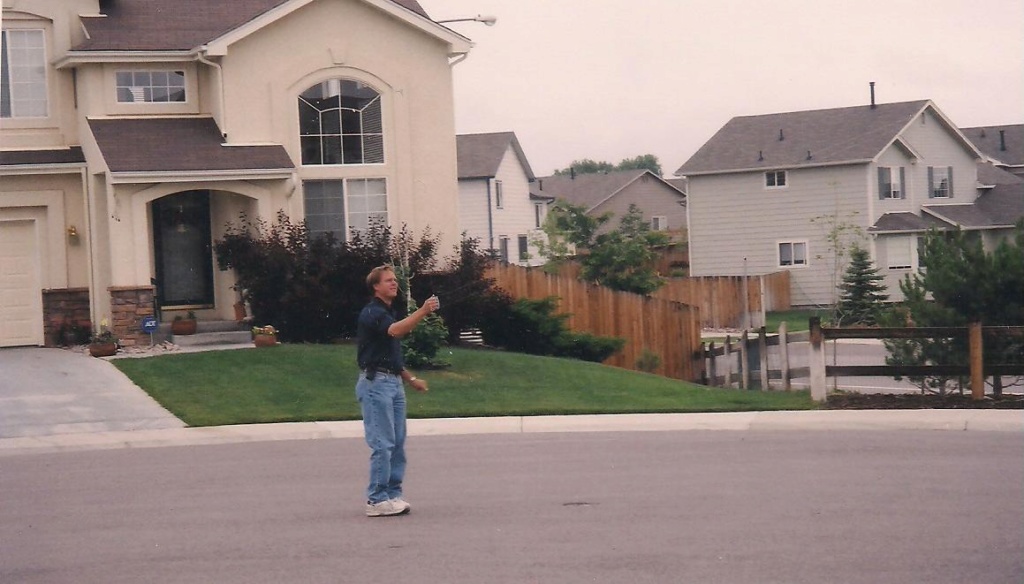 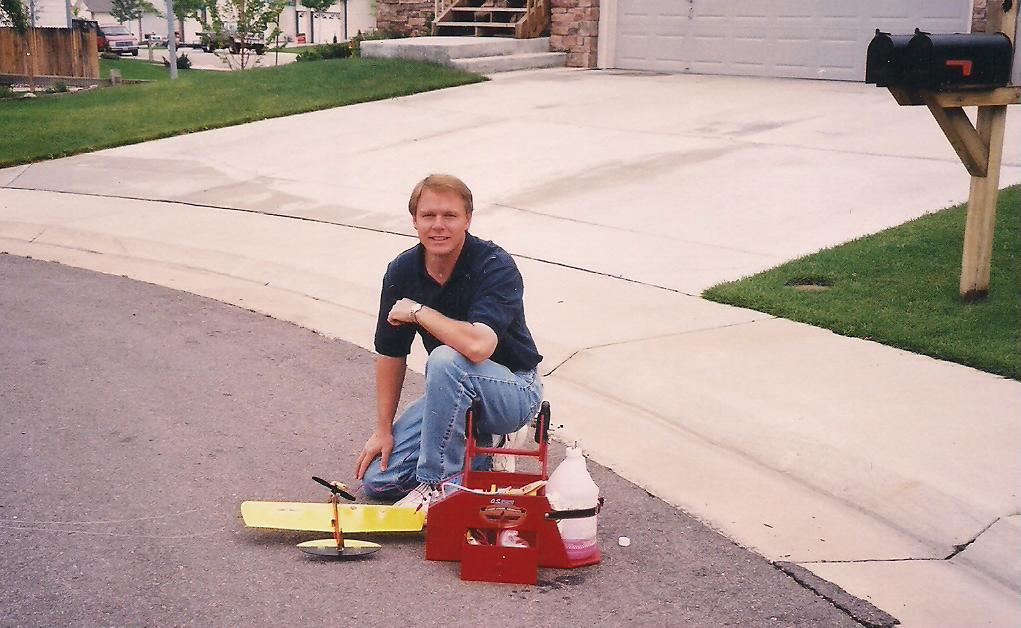 GREAT STORY!! Love to hear great news like that! I hope this leads to the two of you enjoying flying together for many more happy years. Thank you for sharing!

Bob, apparently the first doctor was totally unfamiliar with your son's particular eye condition, don't know why he'd blow him off with a feeble excuse. The second doctor recognized it, so he must have been familiar with. Glad to hear that your son has a new lease on life, his vision is restored, that is a real miracle.

Those houses and hilliness look exactly like the ones my mother used to live in Papillion, Nebraska, a suburb of Omaha.

What good news ... I am happy to read that your son is recovering his sight, blessings for you and your doctor who is doing everything possible to solve the situation!

I am very happy for both of you. Thanks for sharing your great news!

AND a great testimony to no be slapped down, but to go seek another opinion!

Thanks for an up-lifting post for the start of the day !!!

@GallopingGhostler wrote:Bob, apparently the first doctor was totally unfamiliar with your son's particular eye condition, don't know why he'd blow him off with a feeble excuse. The second doctor recognized it, so he must have been familiar with. Glad to hear that your son has a new lease on life, his vision is restored, that is a real miracle.

Those houses and hilliness look exactly like the ones my mother used to live in Papillion, Nebraska, a suburb of Omaha.

Thanks everybody for your comments.

The first eye doctor offered Mark a free vision evaluation while I was there for a check-up on my eyes.  Hence the waste his time comment as he was not getting reimbursed for his effort.  Even a routine eye exam detects cataracts.  Water under the bridge but it did cost time in finally getting his eye problem resolved many months later.

The picture was taken at Mark's old house in Thornton Colorado, a suburb of Denver.

He did go out that afternoon and burn through four battery packs in his electric T-28 at a local school yard.

Next up. This one. 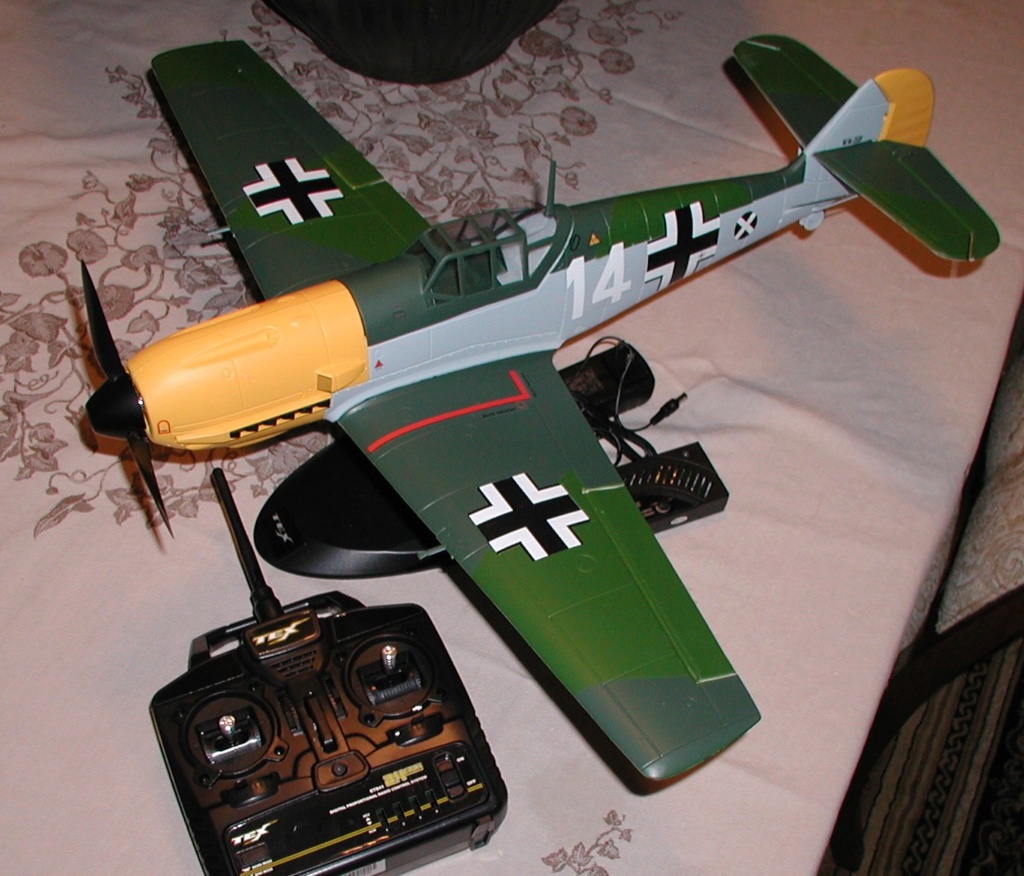 WOW, Awesome. thanks for that story.

What an awesome story!! Thank you for sharing

@MBT85 wrote:What an awesome story!! Thank you for sharing

Wow, How did you ever find that post.....Goes back awhile.

Mark continues to make progress. Thanks everybody for caring.

It was in the forums on the first page for me.
And that’s fantastic about Mark still progressing!!

That is Fantastic News !! I can imagine being able to see so much better that has been a hindrance for so long good to hear he is out having some fun and enjoying it . On a flip side i just went to the eye Doc and my vision has gone the other way and can see better with less strong contacts , for the last two years been blurred with then installed .

Very Happy for him Bob .