I have been looking without any help tried some cannon fuse places W/no reply anyway i am trying to find some fuse for the 50 series jet engines , i know they pop up on Ebay with the fuel pellets but i am just looking for the fuse the fuel i can get . Thanks , Eric

This is very difficult to source, the next problem is that it's probably bad. The fuse isn't like rocket fuse, it's almost like a coated wire. When flexed even slightly it either breaks or crumbles.This is true even when it's been stored in the small tins it came in. There's Jetex and also Jet-X. The fuel pellets from Jet-X are not compatible with Jetex but the fuse might work. Jet-X engines were sold as Powermax units. Keep in mind though that all Jetex pellets are not compatible with all of their engines. Red Dot Jetex pellets only work in the all steel Jetex-50. Jetex also made a Psst .50 and some all aluminum cased engines were only their latest fuel pellets worked in, if you try to use Red Dot pellets in them, they can melt and even possibly burst. Bob Davis from Davis Diesel was responsible for the Jet-X Powermax fuel and engines. He sold it in the 90's, it might be worth finding out where the stuff went. If you do find fuse, keep in mind the pellets are coated in varnish, the bottom and top need to be sanded or scraped. You sand them and save the dust which you pour back in around the coiled fuse, this assists lighting it off. In addition, using a lighter, heat the back half of the engine where the fuse enters so that when the fuse burns, it doesn't get quenched out at the exit point of the engine.


Green canon fuse. Price seems ok too... last time I bought it was at the LHS when those existed, and I lived near one.

I know nothing about actual Jet-x fuse.

That fuse will probably not fit the Jetex engine. The fuse diameter of Jetex is smaller than a model pin. Any alteration to the hole and the Jetex won't work as intended. When the Jetex lights off, you can't have any residue left in the orifice. When the Jetex wick has been ignited, the wire is still left in place in which you wet the tip of your fingers and quickly yank it out.

What about model rocket ignitors? I know nothing about jetx stuff.

Jason, I thought of that myself. The problem is the diameter of the hole and the electric ignitors would have their leads touching one another shorting against the metal case. This has been a long ongoing problem with Jetex users the wick and fuel. There was a fellow who made a special ignitor which looked similar to a hand held barb-q lighter. You might be able to find some info here http://archivesite.jetex.org/ The ignitor I mentioned is for Rapier engines which were Czechoslovakian, I believe there were those that adapted this for Jetex use. Rapier engines were great, I had a few but they were difficult to source. No longer produced either. Currently, I have two Jetex models ready to go. These engines are not easy to light off. I have expelled about 6" of wick trying to get it to ignite. My dad was the one who mentioned the fuse quenching at the exit. This is exactly what happened to my attempt.

They make this super small fiberglass tube insulation. I use this on my bead thermistors on the 3D printer heads to insulate the leads electrically.

Just for clarification, the hole that the fuse goes into is about .035". The next hurdle would be the screen it passes through in front of the pellet.  The Powermax Jet-X fuse is much more reliable if it works in the Jetex. I believe it does. Ebay seems to be the best source for supplies.

Nitrocellulose...... that will get you on a watch list.

Aside from alibaba.com and Made-in-China.com where you need to order a pallet of the stuff, this appears to be the only site showing it available. I would try calling their phone # at the bottom of the page first.
_________________
-Jacob

Thanks For all the replies , I called about the fuse Jacob and had to leave a mess. And thanks Ken for chiming in i know you have had some experience with the Jetex and the information was well informing . After some more than an hour of reading i do know i have a 50B Jetex engine now . 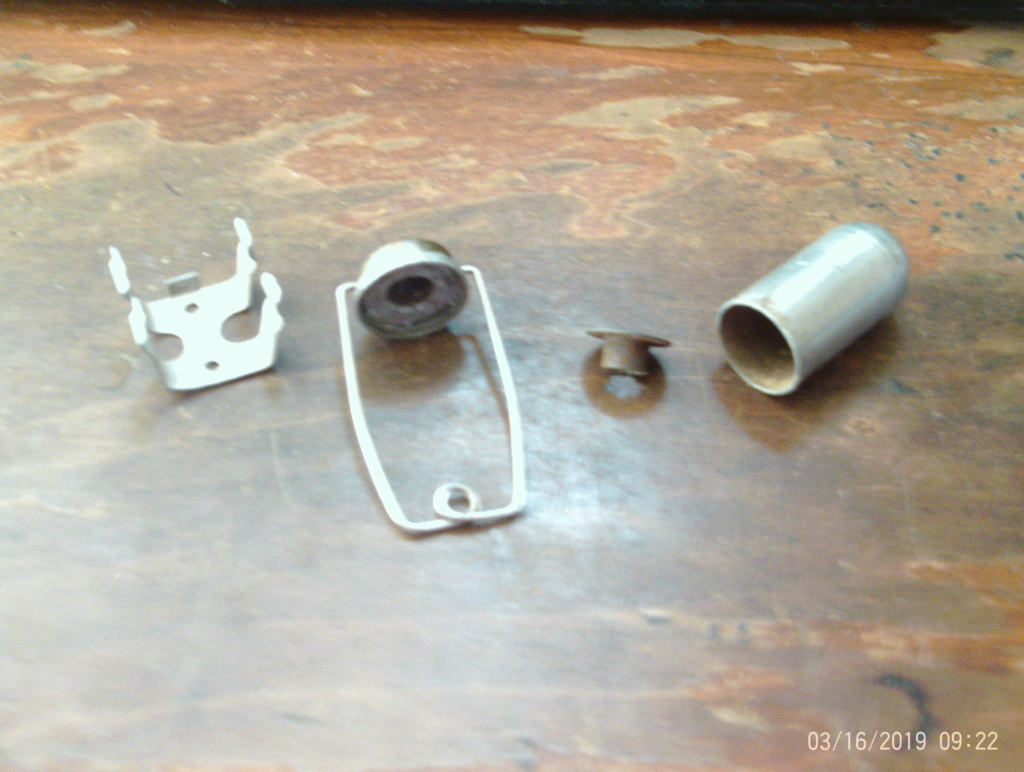 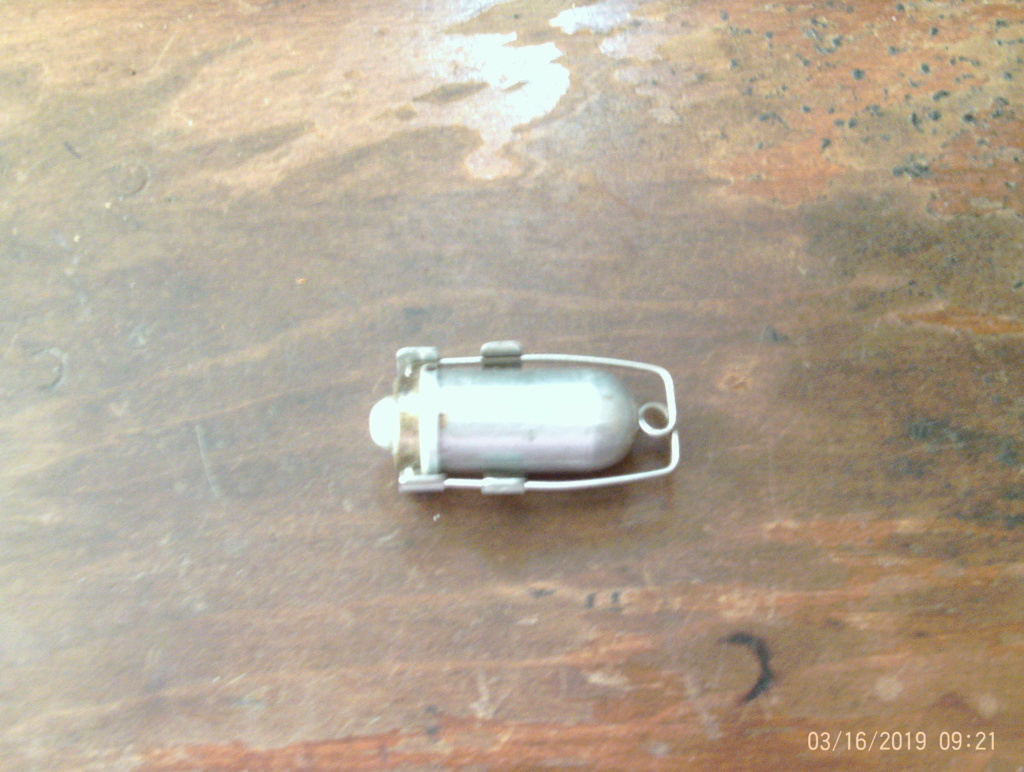 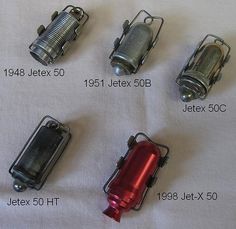 I know i am missing the screen and sealing washer with i think i can make ?! For the 10 bucks i have in it i sure hope to get a little fun from the adventure >> My next question is this fuel going to work?? https://www.ebay.com/itm/13119-2-JET-X-POWERMAX-20-Fuel-Pellets-for-Jetex-50-Motors/153410825637?hash=item23b7ff6da5:g:PMYAAOSwcZ1cU4S6 The case is Aluminum and dont want to melt it down lol

But dang that is a cool site....mini cannon for $50 bucks may be a cool birthday gift to my self....grin

yeah i know Fred i checked it but i don't have alot of options at this time and i don't think .006" will make a big difference , so a reaming i will go if the fuse has a wire in it ??

I have a few feet of bigger cannon fuse...no wire


Sneaking in a single strand of copper or wire tie soft steel should be doable... ....but still a PITA at that small diameter

well aleast Phil did call me back today http://paradisecurrency.com/index.php?p=product&id=198&parent=72 and there fuse doesnt have a wire core he said it was the first time he had beem asked , but for the price i may go ahead and get some and see if it will work if i coil it inside .

I'm all ears here to see if it works.

OK ordered today but still need some fuse // If your set on go i will send you a few ft. to try too ??

Oh, lady finger firecrackers..... One of the many fun things that are prohibited up here! Damn, I wish I had some for some fun.

Phil that fuse want work for one to short , watch a short video and see what i am aiming for

The video makes it look too easy. I can assure you they don't always light off like that

That is neat. I have read of these engines before, but never seen one, let alone see one in action. Thanks for sharing.

Nice score you got there. Also it is nice it is new in the package.

OK finally got the fuse i had been waiting on over a month after talking to Phil , well i says 1mm BUT it comes in at .070" witch is 1.0778 mm Way to big i am going to call him tomorrow and see if this is what its supposed to bee . I don't think i could even put it in there for a boost of light for the pellet !