I researched the Fox .15 and found something on Stunt Hangar by Larry Fernandez about wanting some hurlers for a contest. Our own Fred, back in 2017 responded that the had chucked one over a fence with a golf club which subsequently broke. Found another article right here on the forum by Kim showing one running. Got into a discussion about the slant plug variety with Gwilly chiming in. 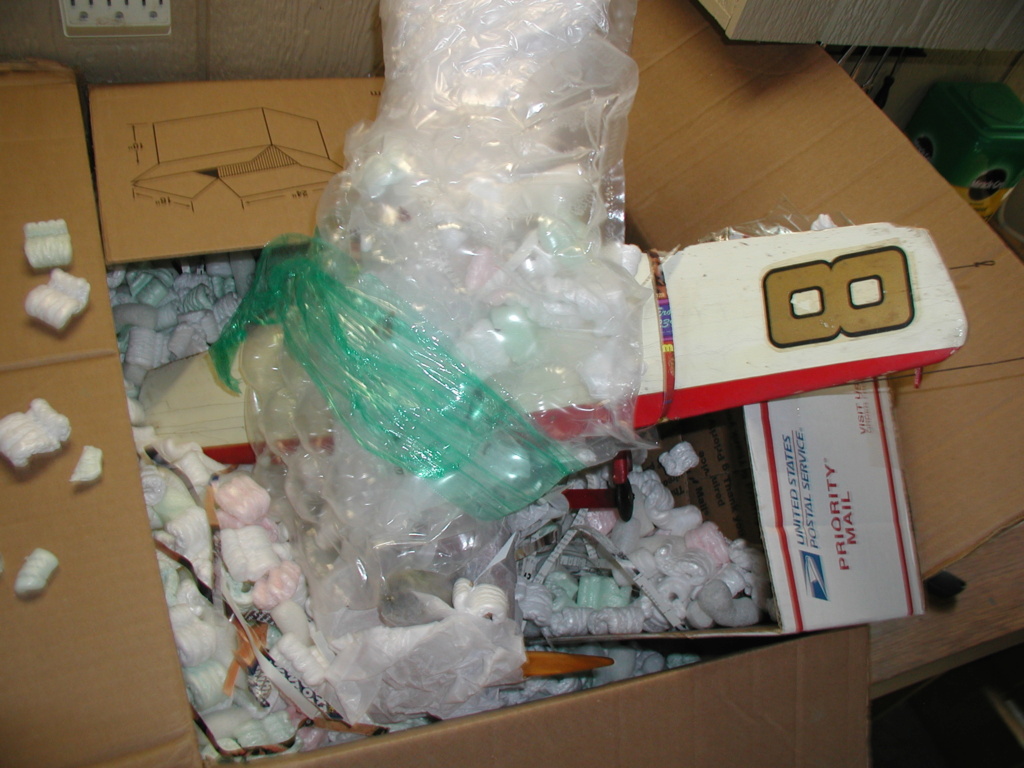 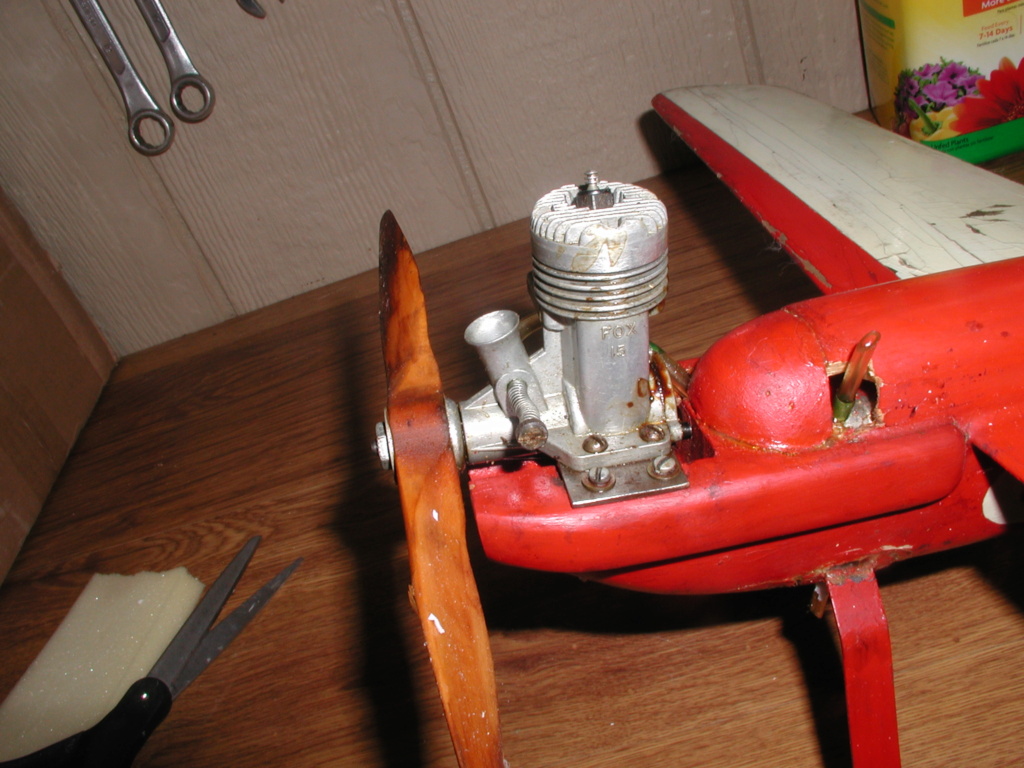 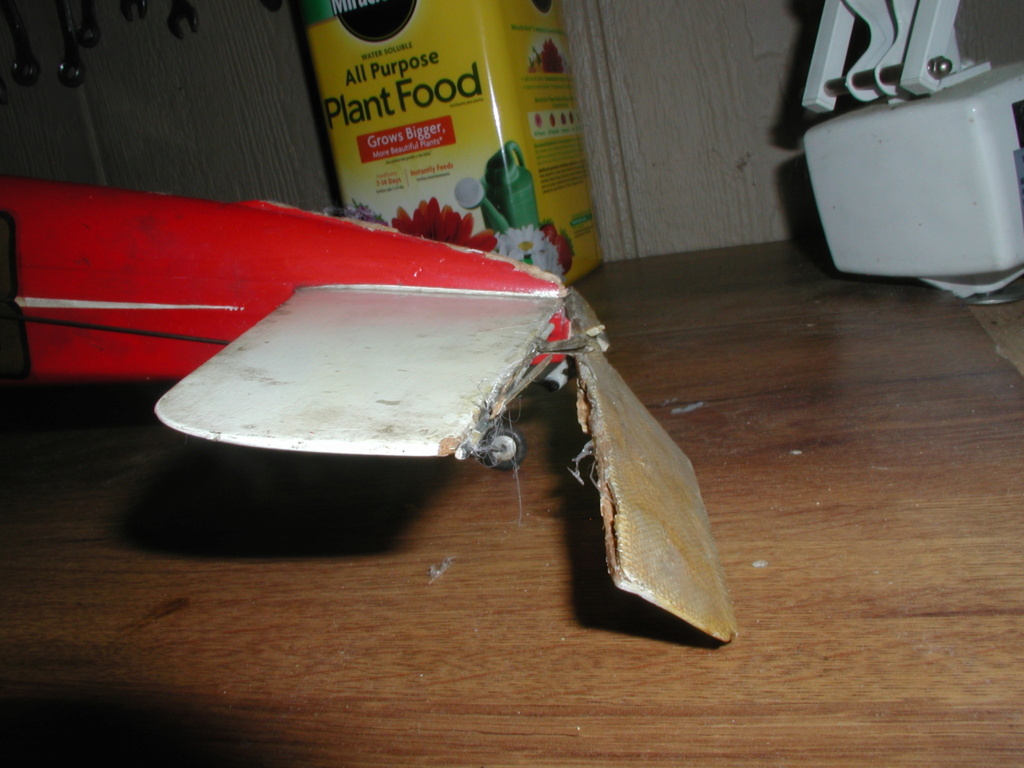 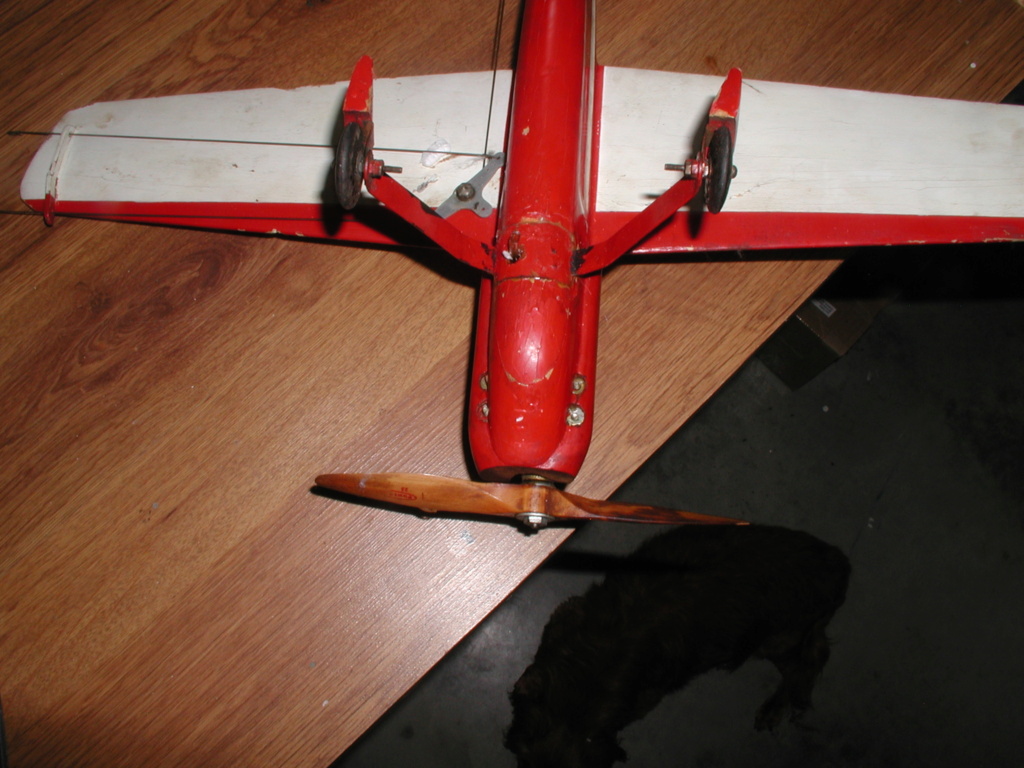 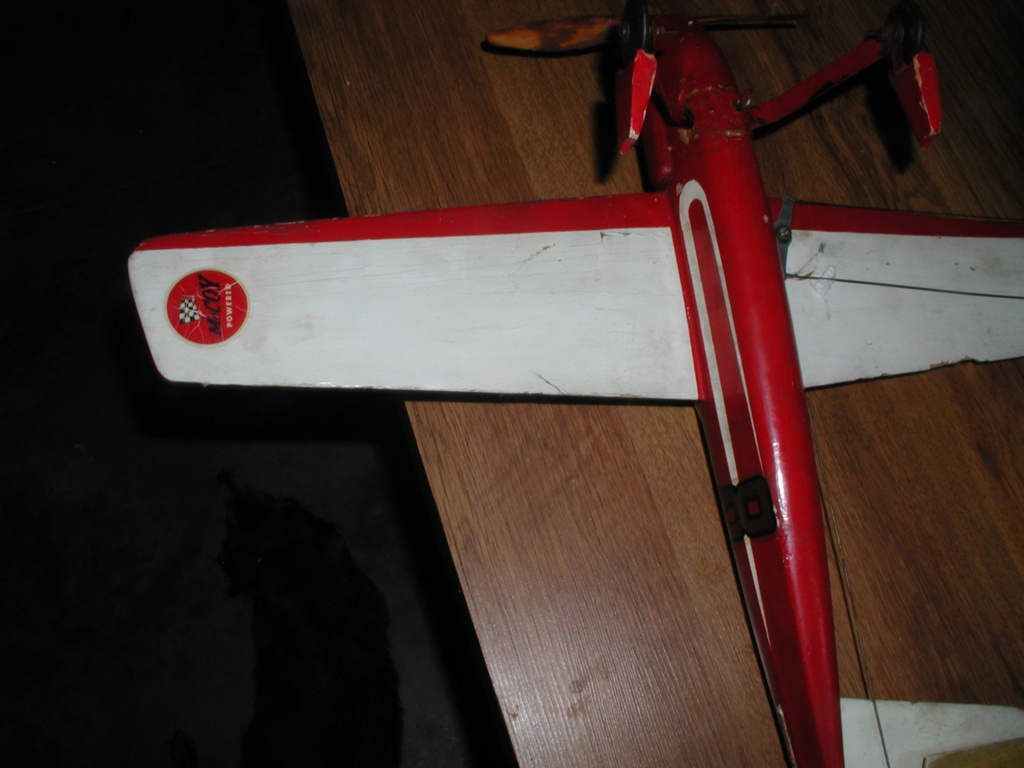 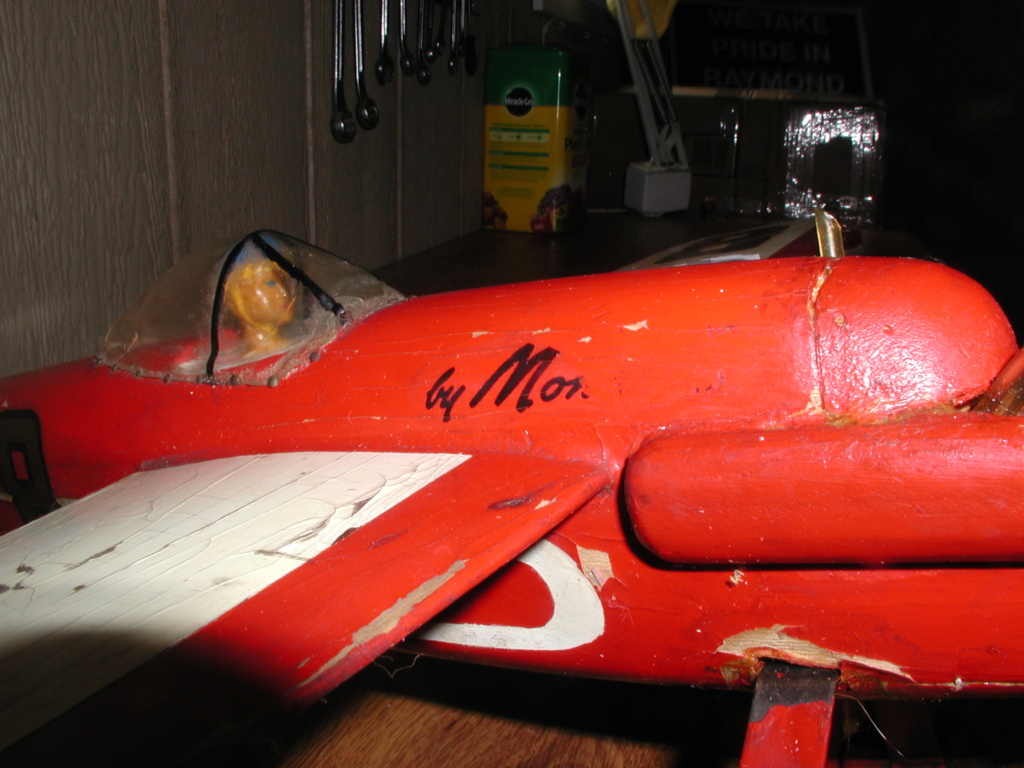 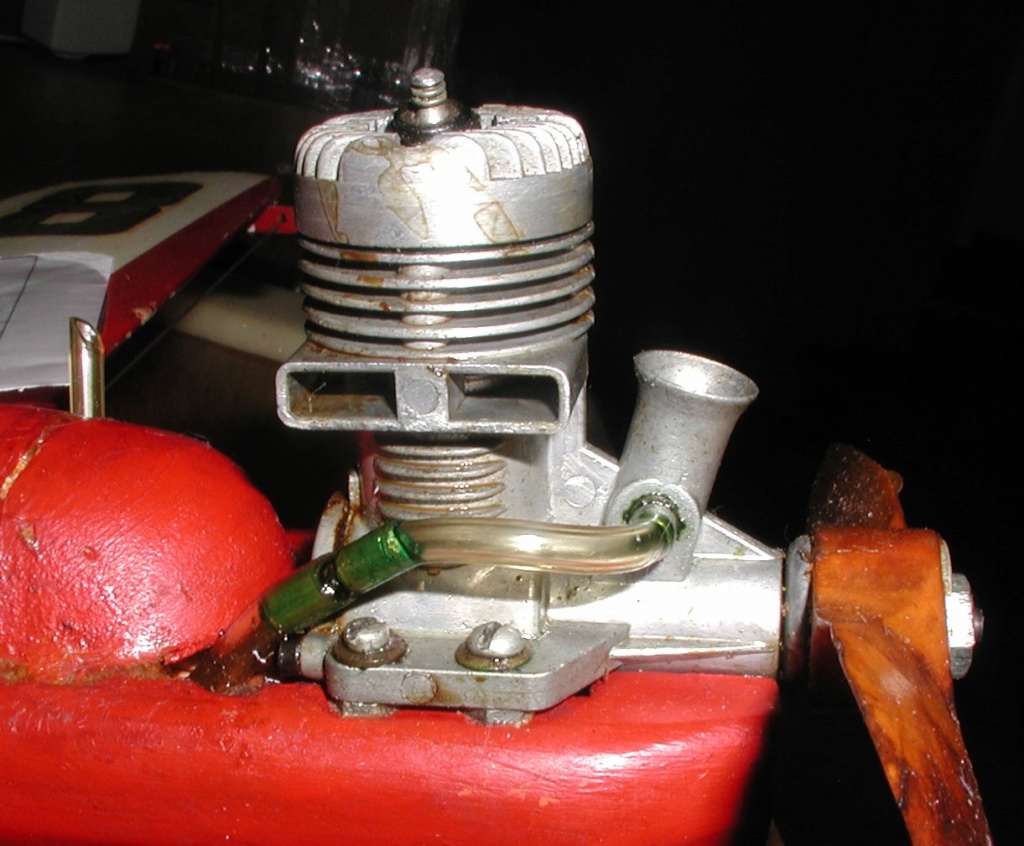 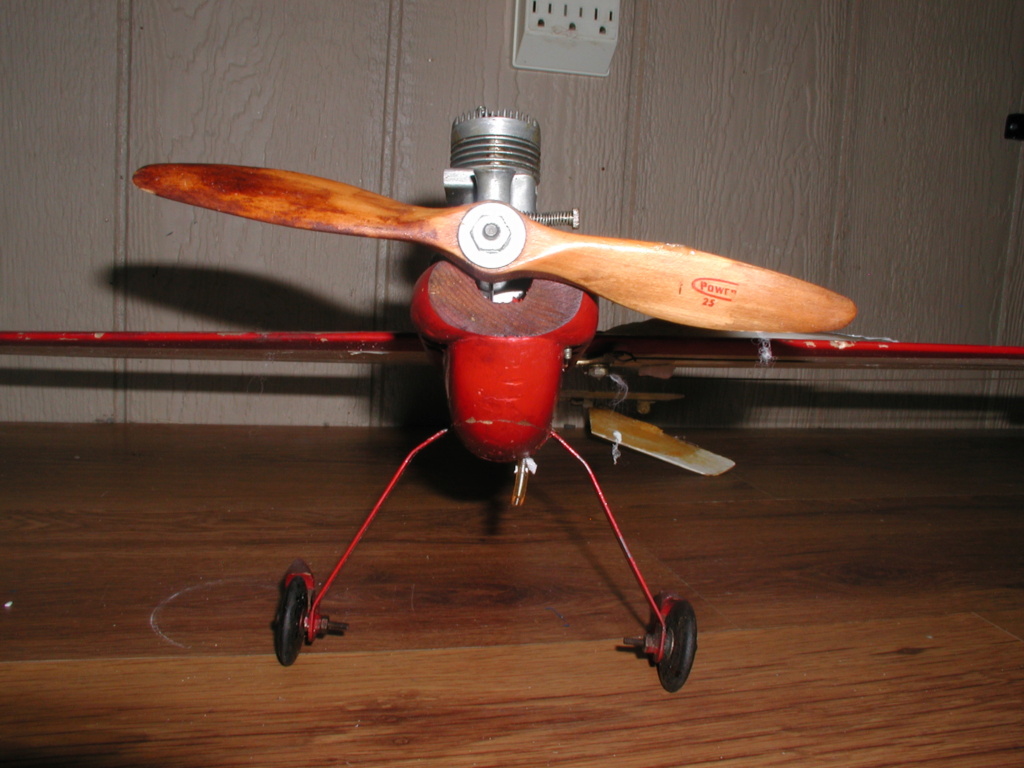 Old plane in worse condition than I anticipated. Lot's of paint checking on the wing, looks like two part epoxy. Damaged tail section with metal hinges on the elevator like those on the sandcast Enya T-28. Engine is off-set to the right. Streamlined wheel pants adds to the appeal.

I can recreate the horizontal stab and the elevator from the parts, but I'm going to need some help on the vertical stab.

Follow the shape of the wingtips or the stab-elevator, should fit right in if you do.

I’d be the first person to call out a turd engine, the Fox .15X is a perfectly fine engine.

Ron, I couldn't agree with you more. The Fox .15 has served many and has shined quite well in many events. I own many of them and as much as I would like to use them all, I only have a 2 .15 sized planes. I have had my rear end handed to me in .15 size racing by guys using the Fox .15 when I was running OS LA's. I will admit, when pushed, their longevity goes down but they're fun good running engines.

There seems to be two schools of thought on this engine. Pro and very con. I have never ran a Fox of any kind so I do not have an opinion. But, from what I have read some complain of low power and poor longevity. Either way, I'm going to run this one. It's pretty well locked up so will have to either just free it up and run it or remove it for an A/F boil before running it.

My questions is....why the extreme off-set of the engine out of line with the fuselage (pictures 2 and last) rather than just shim it on the left side?

I may substitute one of these: 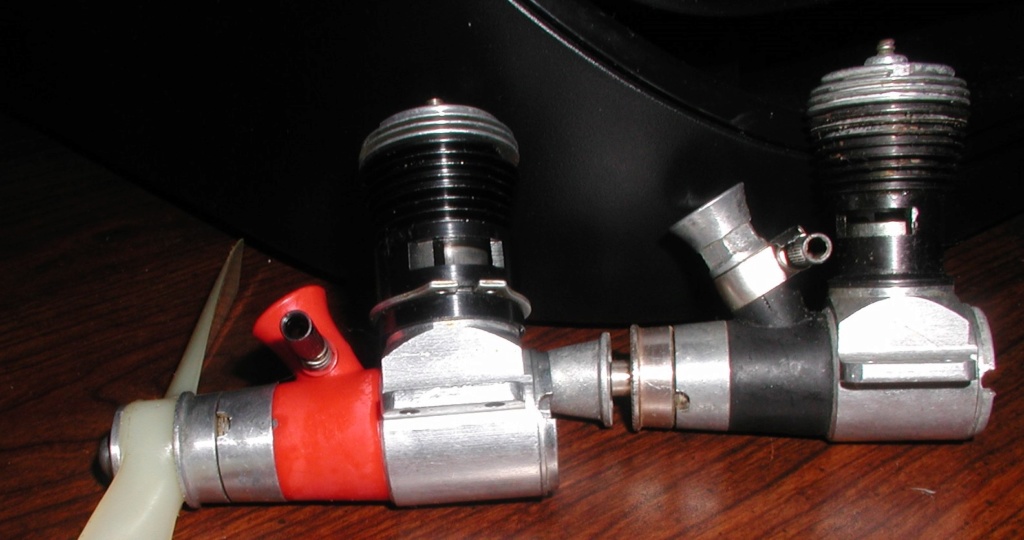 But I have no idea if they are .09's or .15's. I just have no experience with these front rotary valve Cox engines. Wonder if they qualify for Fred's contest or is it just .049's? I forget. Guessing the black one is a TD the other a throttled Medallion.

They are both .15s with the hollow needle valve.

Good call Jason , Bob i don't see two different options only maybe you're thinking of something else as i do sometime , but that's some kind of racer !?!? Offset with less rudder for the engine and YES run that sucker !! Damn things like a car with them metal hinges

Good stuff Repair and fly or call somebody U old ghostbuster !

Cool vintage design and great score on the engines!

Looks like the TD .15 is a thin walled version. The Medallion is
a thick walled cylinder. What is a good size prop for CL use?

@1/2A Nut wrote:Cool vintage design and great score on the engines!

Looks like the TD .15 is a thin walled version. The Medallion is
a thick walled cylinder. What is a good size prop for CL use?

I'm not sure how I got them and my inventory is up in smoke with the rest of my old computer which would tell me price, seller, etc.. But checking ebay, sellers are mighty proud of them asking dollars in the hundreds.

That Fox .15 is a good engine; it just doesn't belong on a proto racer style plane. Put a Tee Dee .15 or a Super Tigre .15 on it. The Fox needs to be on a lightly built Jr. Flite Streak, a Jr. Nobler, Jr. Magician or even a Flying Clown.

@ticomareado wrote:That Fox .15 is a good engine; it just doesn't belong on a proto racer style plane. Put a Tee Dee .15 or a Super Tigre .15 on it. The Fox needs to be on a lightly built Jr. Flite Streak, a Jr. Nobler, Jr. Magician or even a Flying Clown.

Yup, pretty sure I'm going to substitute the .15 TD for the Fox, and this time locate it centered in the engine bay.