Wow, where are you guys hiding these things.....they get very little notice here.  It's .049 yada, yada, and more yada and I'm as guilty as anybody.

I was looking for .15 sized engines to back-up that Fox on my latest trashed model "Racer."  Enya/OS - been there when I spied these Cox .15's in the back of my display case.  Probably toss-in's from engine buys of long ago.  One a TD the other a throttled Medallion.

I have owned other Cox .15's, a Sportsman and a Conquest but I never ran either of them and these two are the first Cox .15's that I have ever run. And wow again.  After initial difficulties with the TD it eventually ran.

The TD would run off the prime and that was it, needle full off to full on and everything in between.  Finger over the venture and crank the prop showed no fuel draw.   Removed the needle, wiped it off and blew out the NVA with low pressure compressed air.  Replaced the needle to no particular position and it started on the first turn of the 9/8 prop.  Leaned it out somewhat and tached it.  Fed from what is perhaps a half ounce bottle it ran forever....great mileage over other .15's that I have ran.

The R/C Medallion is the jewel.  Started right off and ran well sloppy rich to lean with no complaints.  I operated the throttle with my finger.  Painful.  A poor test but it did not seem to have the rpm range that Mauricio get's out of his .049's.

Good to know I have good engines to back-up that Fox .15. 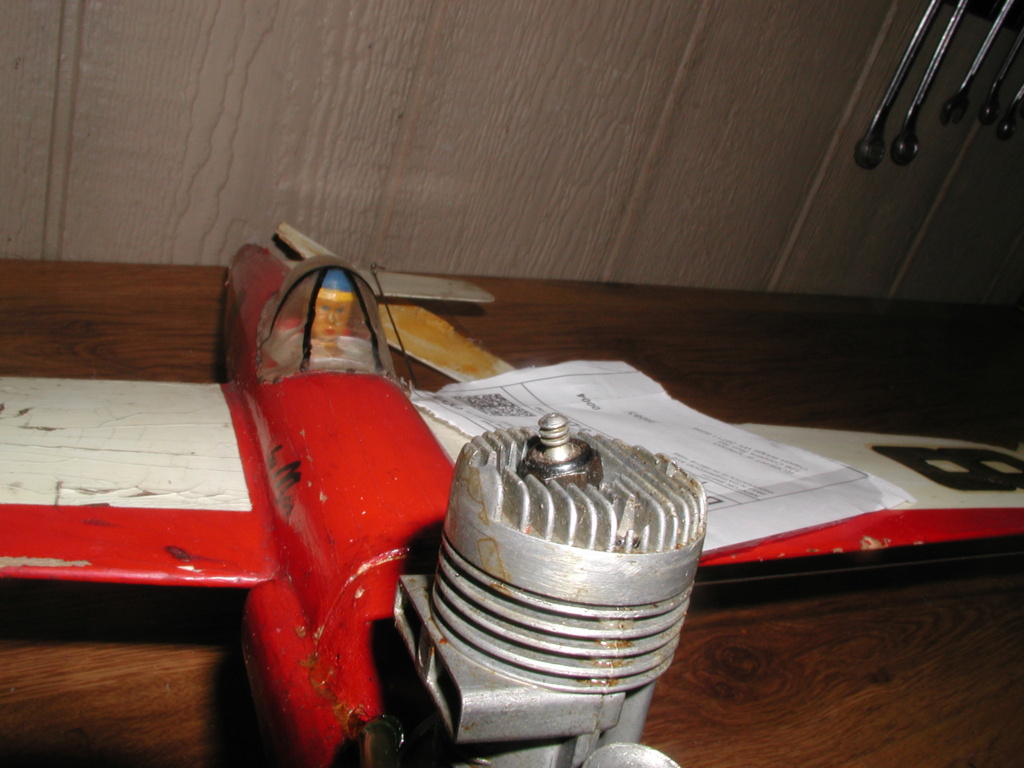 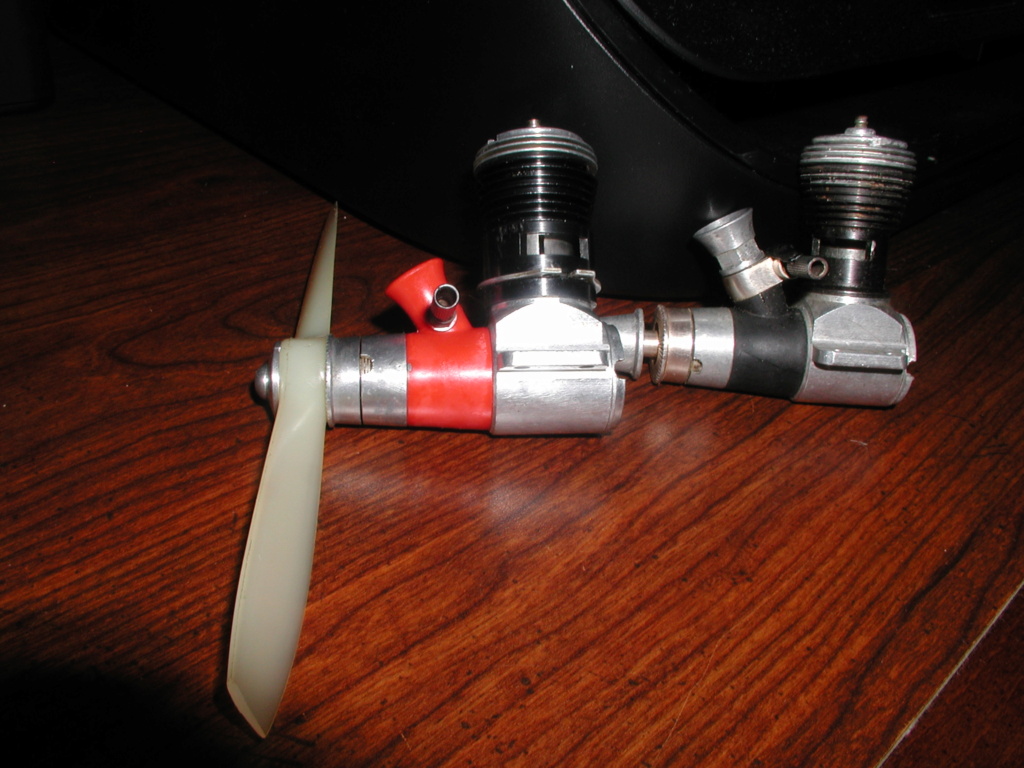 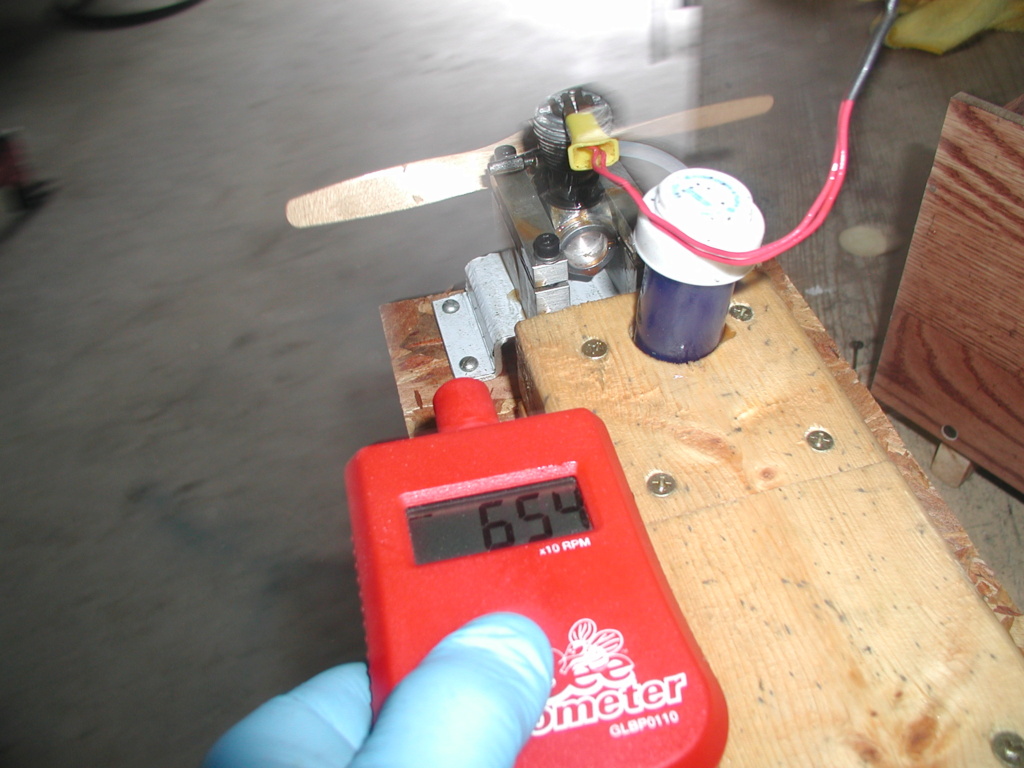 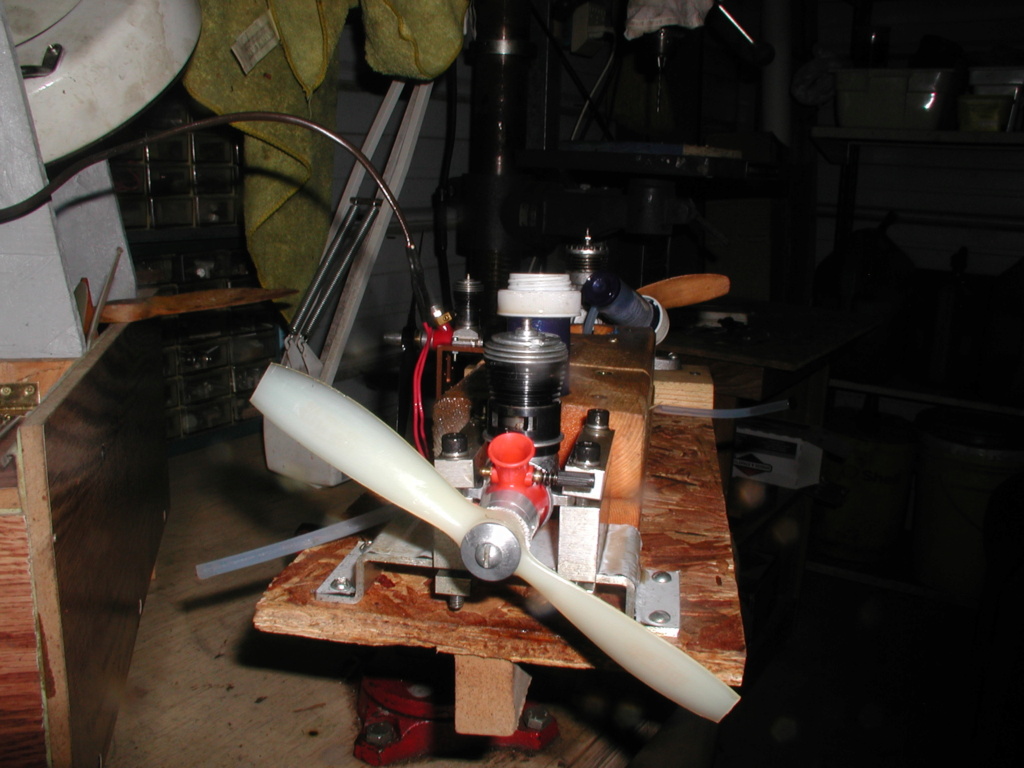 Treated both to an after run clean-up of Remoil, compressed air blowout, and after run oil.  They will be ready if I ever finish the Racer...

BTW I did not run the medallion with that clipped 7/? prop.  I replaced it with the 9/8, probably not the best prop for these.

Cool Bob , i don't have a TD but do have medallions in that size i have not ran , did run a sportsman and was very impressed with it / easy to start and needle

I enjoyed your videos on that Sportsman Eric. Pushing 26K on the tach is pretty darn good. You have courage flipping bare handed and no chicken stick. Even with a starter spring they can really hurt if your not paying attention. I was using Cox 35% on my .15's and they started really easy.

I do have a couple of new .15 sized starter springs that came with the five box flea market stuff, but I don't like the things. I use a leather glove to start mine.

The TD started backwards one time but flipped back to the correct direction on it's own within three or four seconds. It was a neat to see/hear and feel transition.

Some prefer to tach from the back, tried it with the TD and got spent castor all over the GeeBee and my camera lens. Switched back to forward.

Pushing 26K on the tach is pretty darn good. wrote:

Would bee if it were , i had the tach set on wrong setting

I was pretty comfortable with the way that engine was acting I thought i was using the spring ?!

Would bee if it were , i had the tach set on wrong setting

I was pretty comfortable with the way that engine was acting I thought i was using the spring ?!

Not to be skeptical, but think and feel your Fox .15 will do you well and run as it should. I also ran my first .15 like yours this year, and she is a blast to run. Still haven't flown it yet, but hopefully soon.