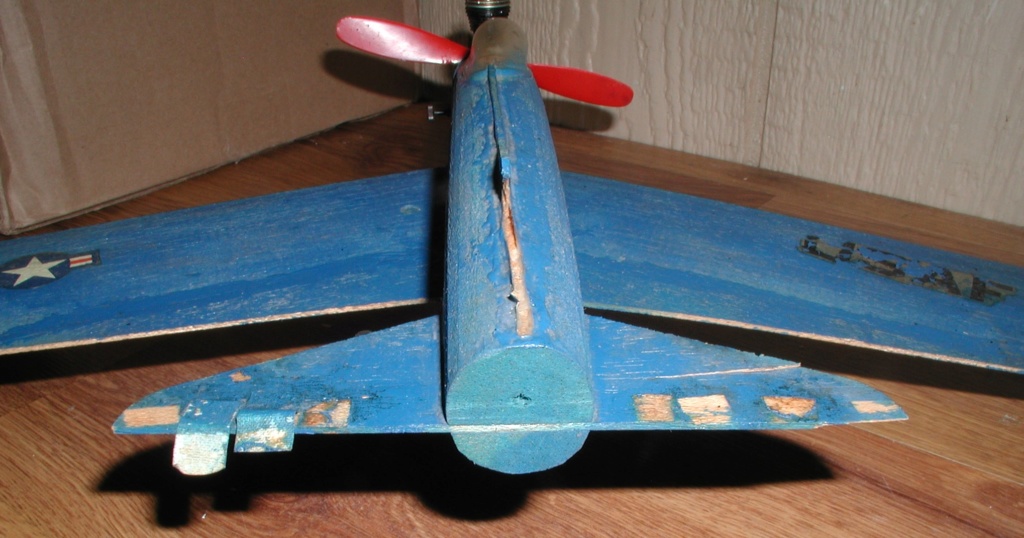 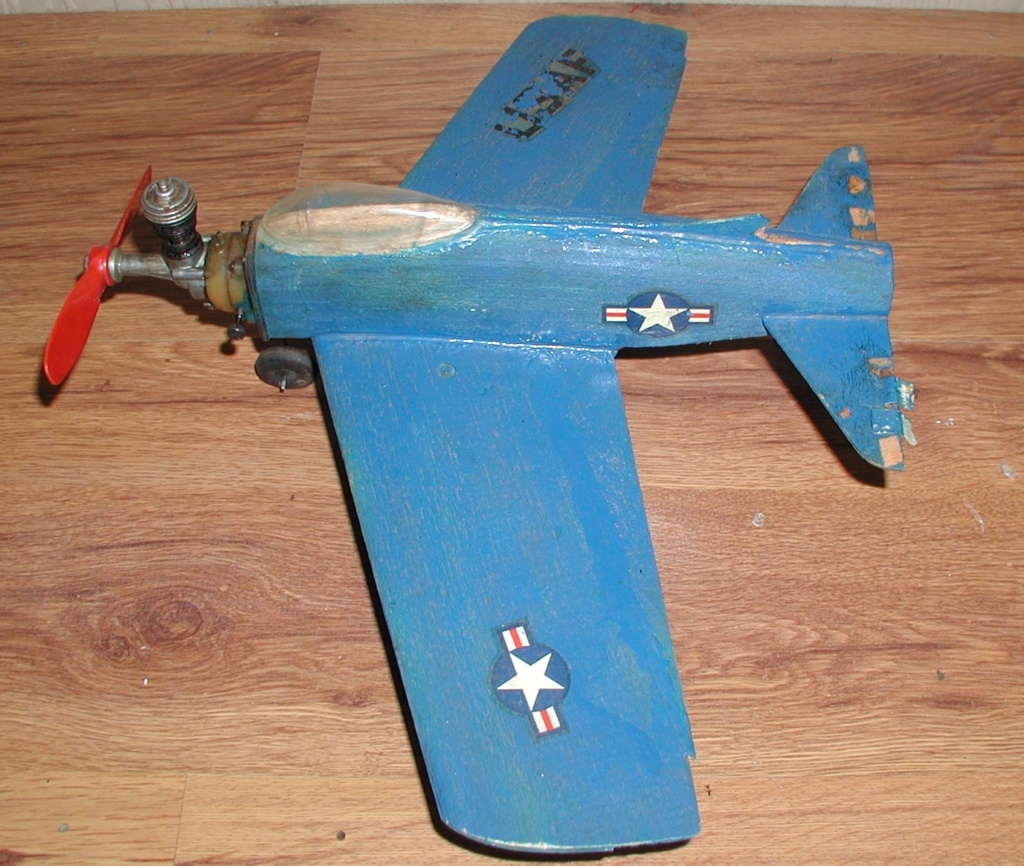 It's a long story so I'll be brief. It went through a transformation. 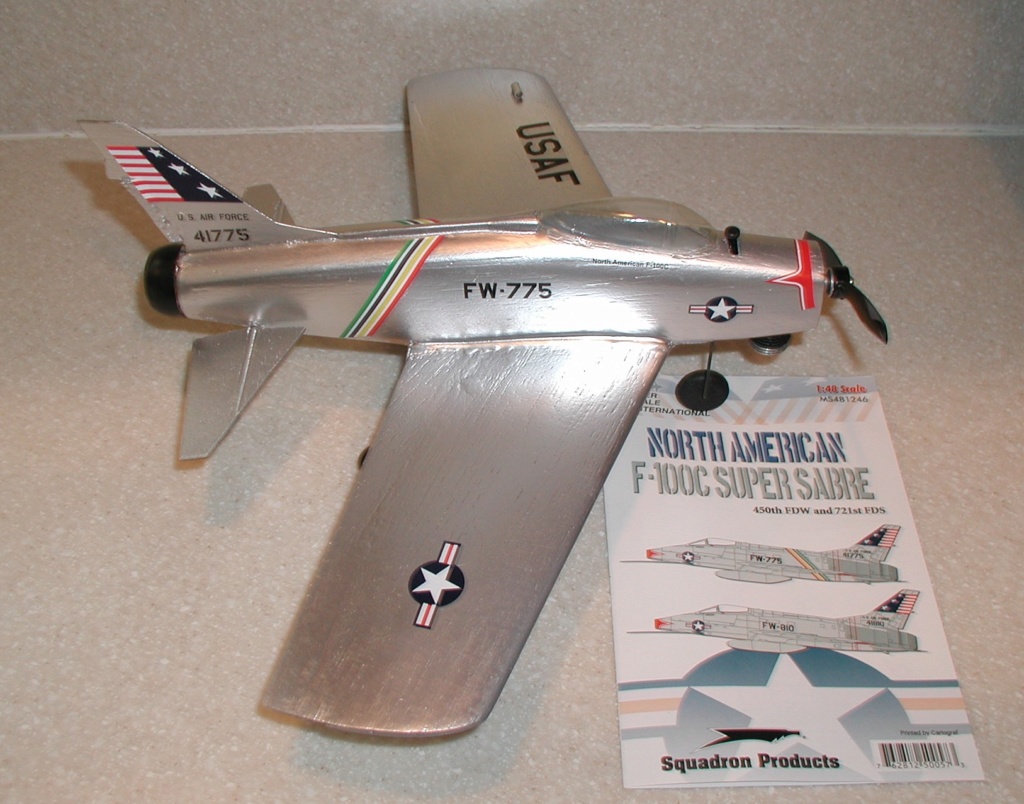 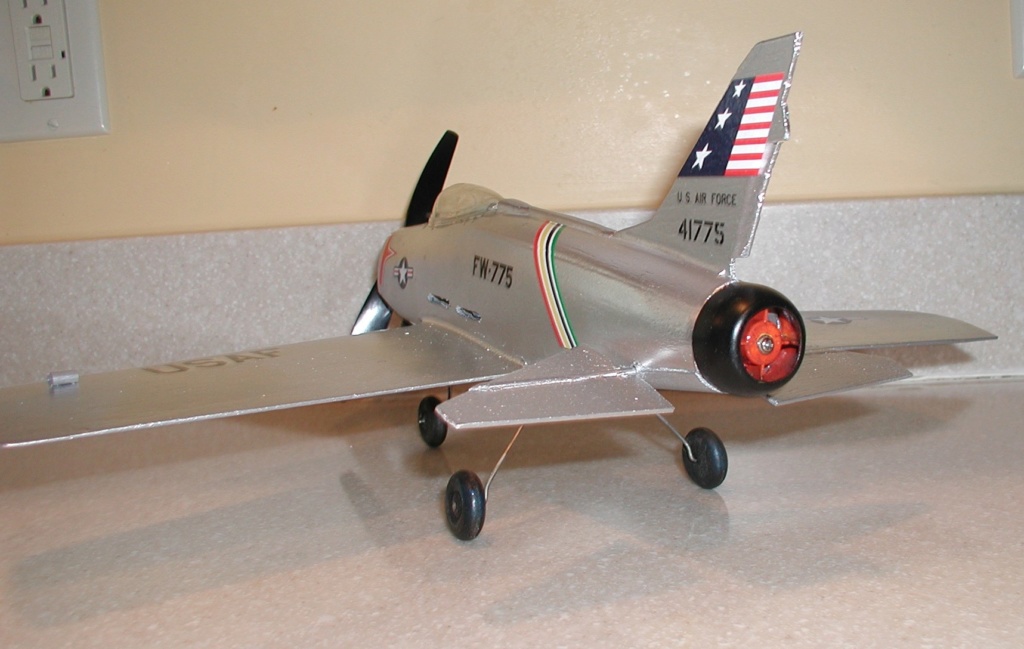 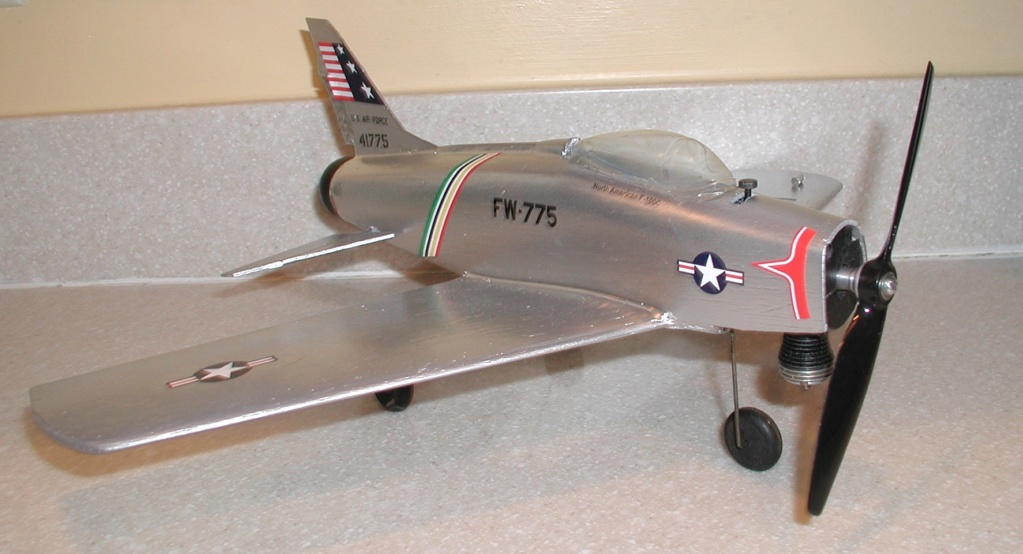 Love it!! Nice refresh. Hope to see it in action soon!!

Great referberation job looks like a keeper!
Should be fast, perhaps a 5x4 for better prop clearance.

What a transformation!  That looks super!
What did you use for the cowling? Water soaked balsa, curved to shape?
Looks darn nice.

Yeeowzer, Bob!
That looks fantastic. It definitely rates the "Rusty Seal of Approval."
You made a nice seamless cowl, and modified the stab/elevator for a more realistic look. I'd love to see a pic of its belly too. 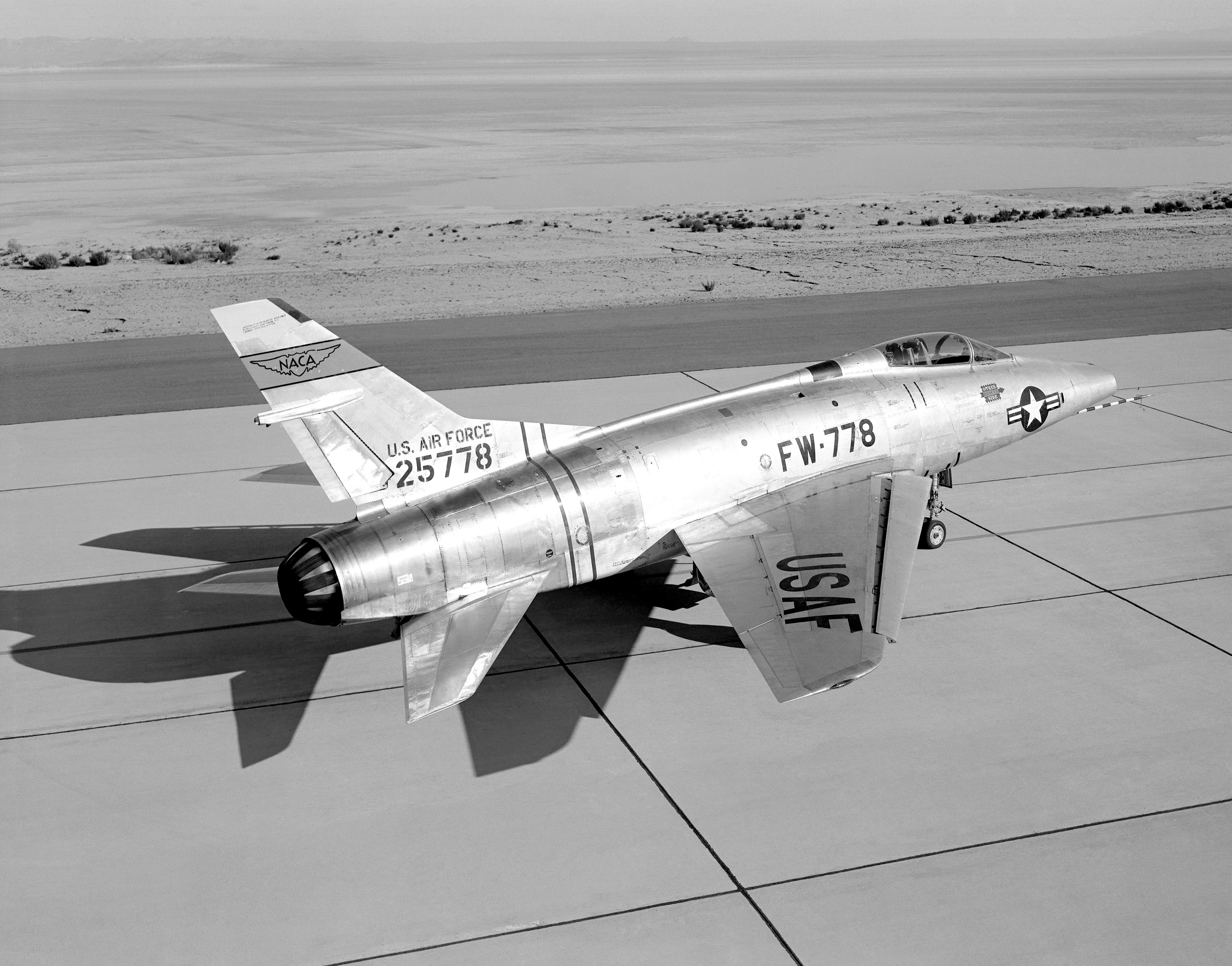 Are you going to test fly it, or just admire it?
Regarding Eric's prop suggestion, I'm thinking a 5x4 three blade might look and work well. Or even a 4.5x4 prop.

Easy way, I just sheeted the whole thing then removed most of the hollow logs interior except for the area around the flying tail compensating for the extra weight. I think it came out about even. 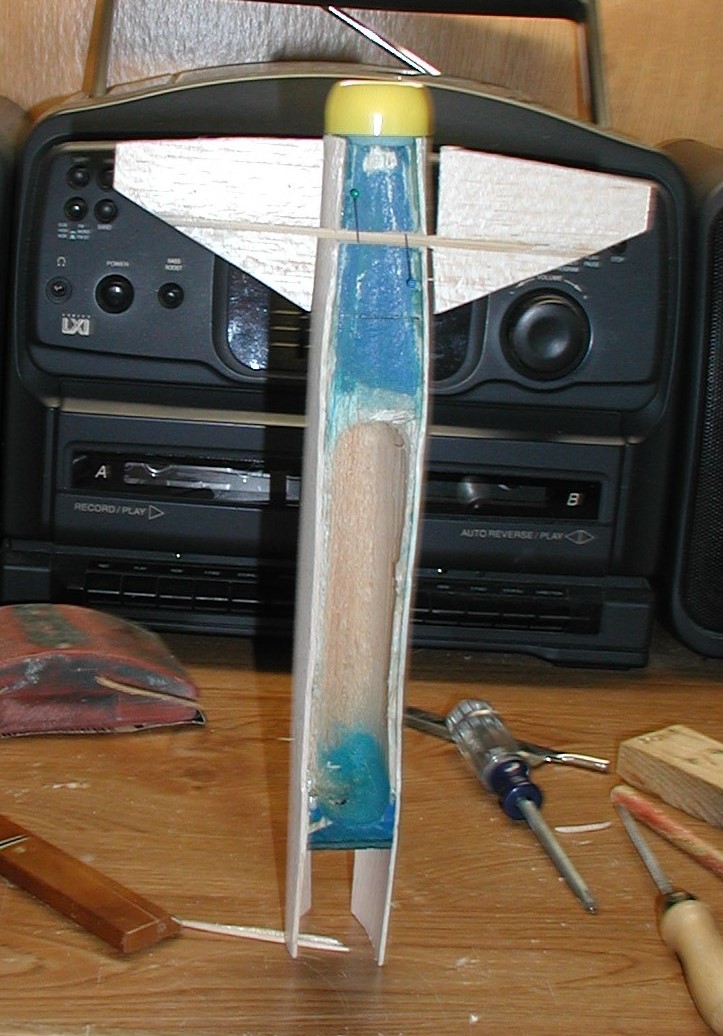 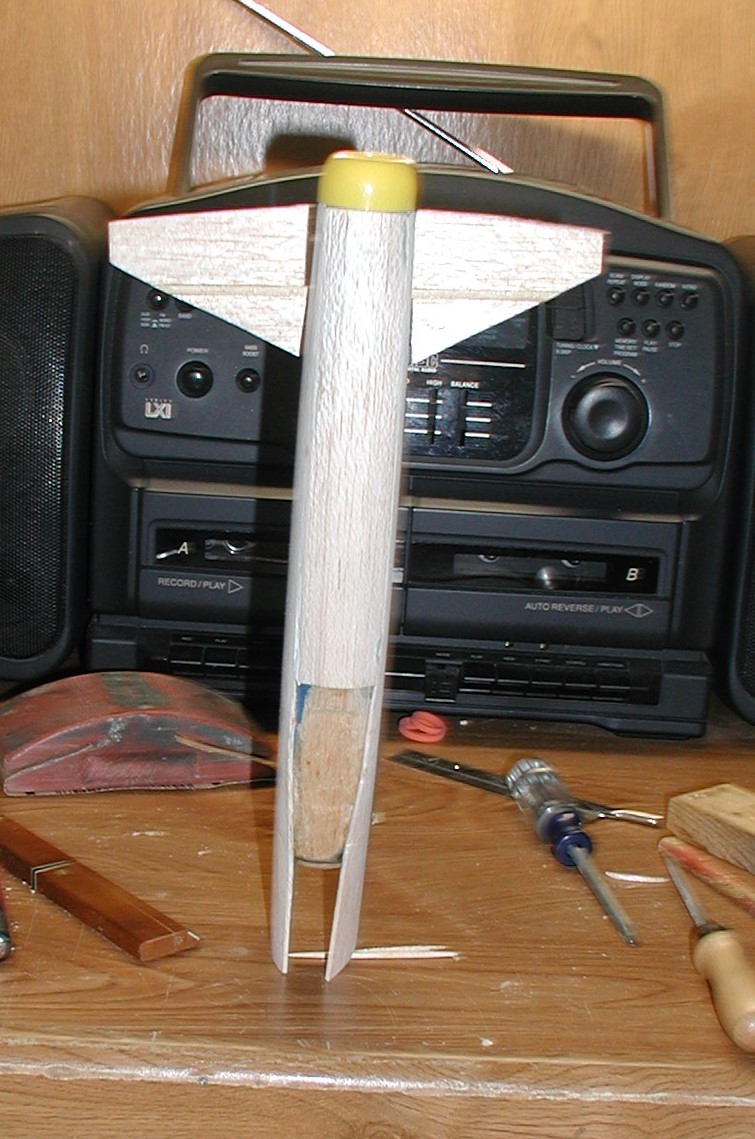 Then replaced the trial flying tail made with a bamboo skewer and brass bushings.

and moved the bell crank from the wing to the interior of the fuselage. Picture taken before I hogged out most of the balsa. 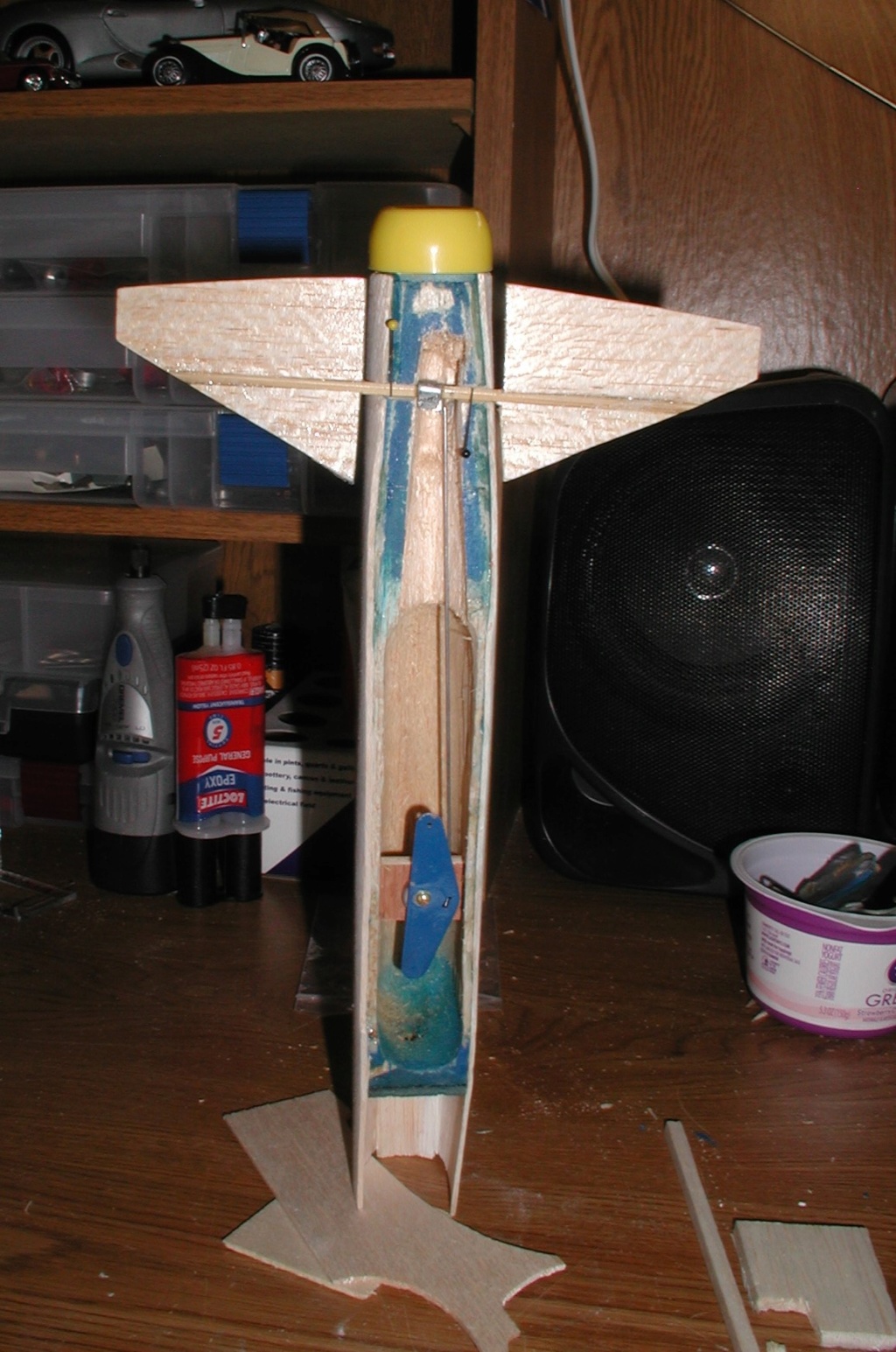 I had the bell crank positioned on the other side but realized that I couldn't attach the control lines as there wasn't enough throw to expose the holes outside the fuselage once I attached the wing so it moved it. Otherwise I would have had to paint the fuselage with the lines on it.

I substituted a bench tested Baby Bee for the Space Bug Jr. that came on it. Was going to use a Pee Wee .020 but thought it wouldn't haul it. Bummer, because I had cut the siding for the .020 and it's short for the longer .049. I would have liked a longer more scale like nose.

One I attach the lines it's ready to go.

Thanks Rusty.  It's not pretty but here it is.  I could have spent more time sanding. 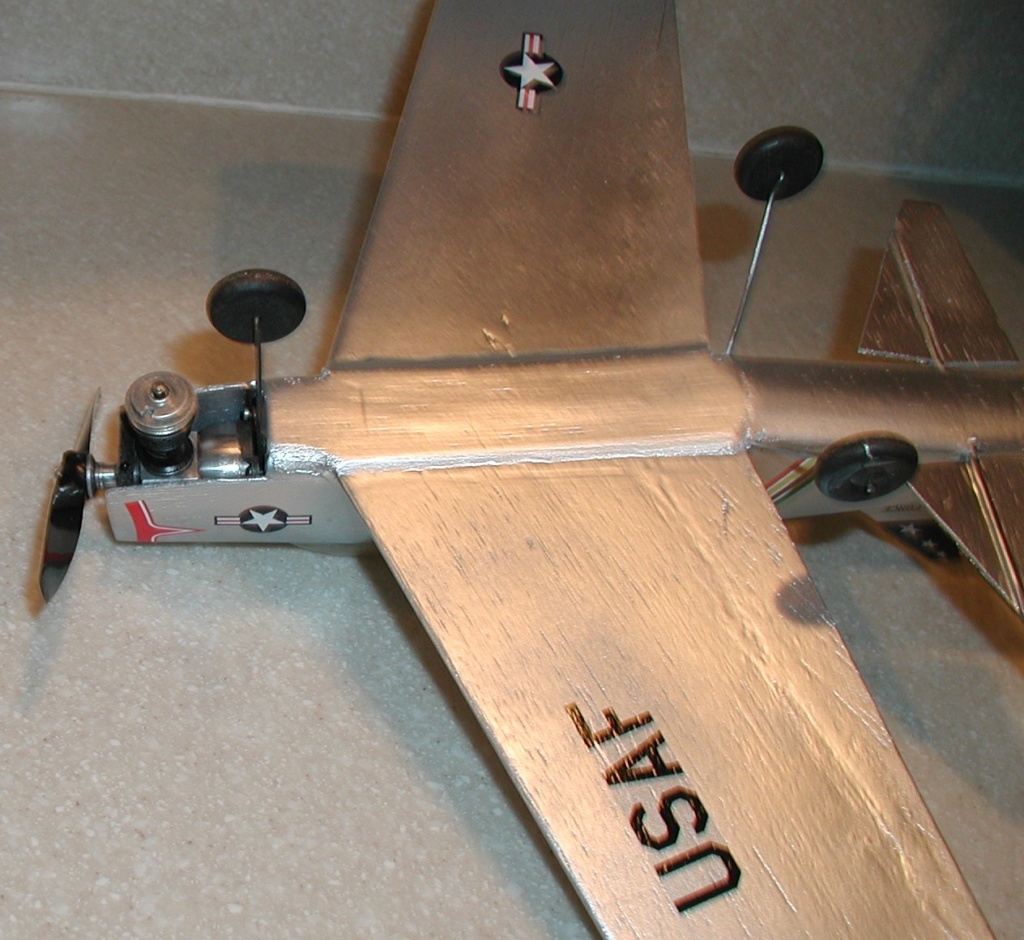 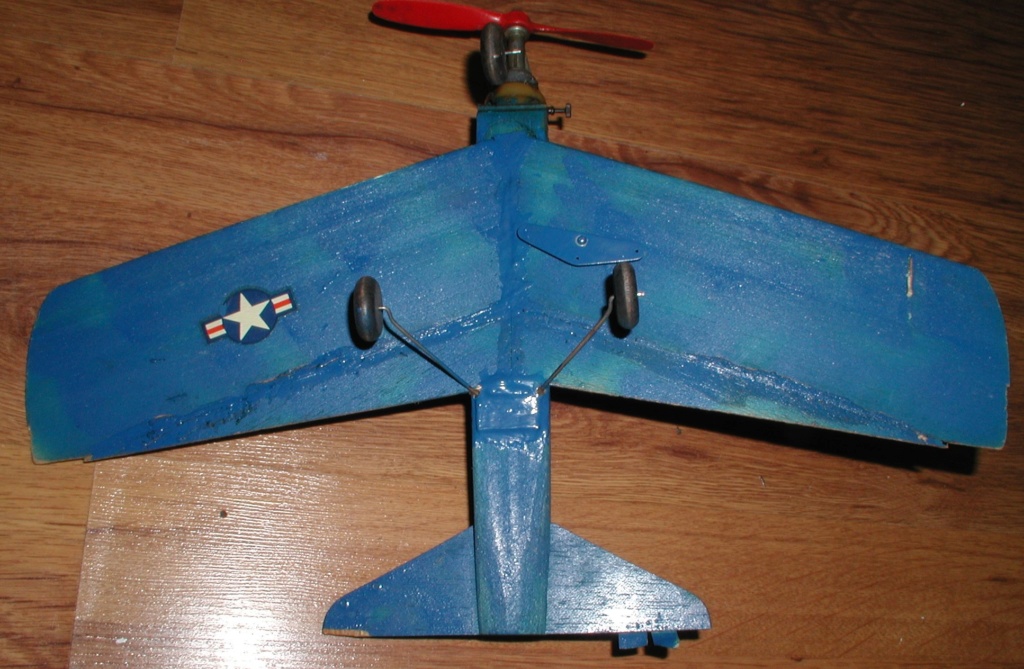 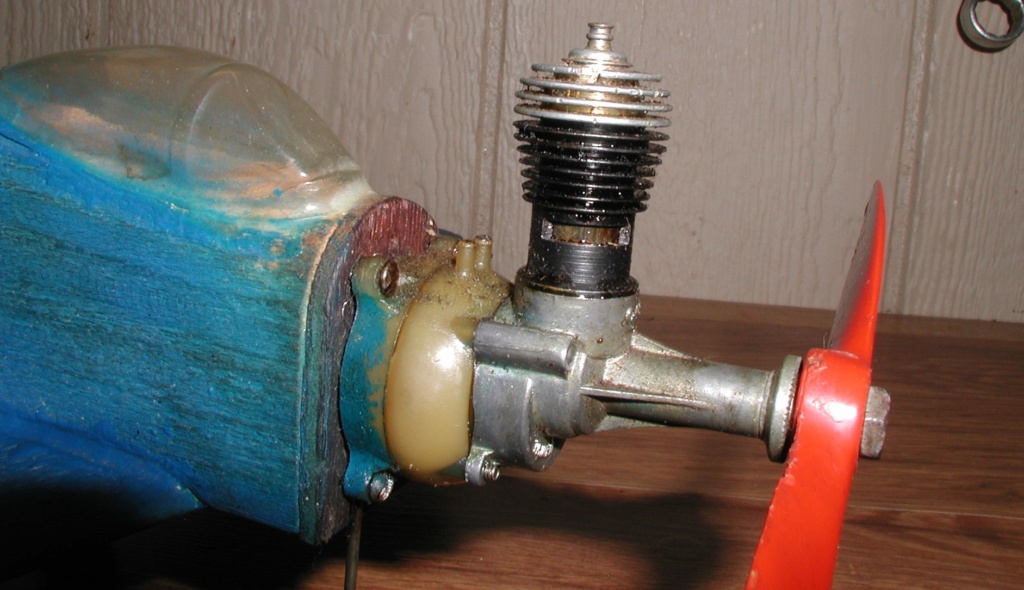 I appreciate that "Rusty seal of approval:

Yes, I intend to fly it.  Got to see what that flying tail will do.  Going to be hairy at best.

Wasn't going to miss the dimensions of the vertical stab. Copied directly on to balsa after correcting for size. 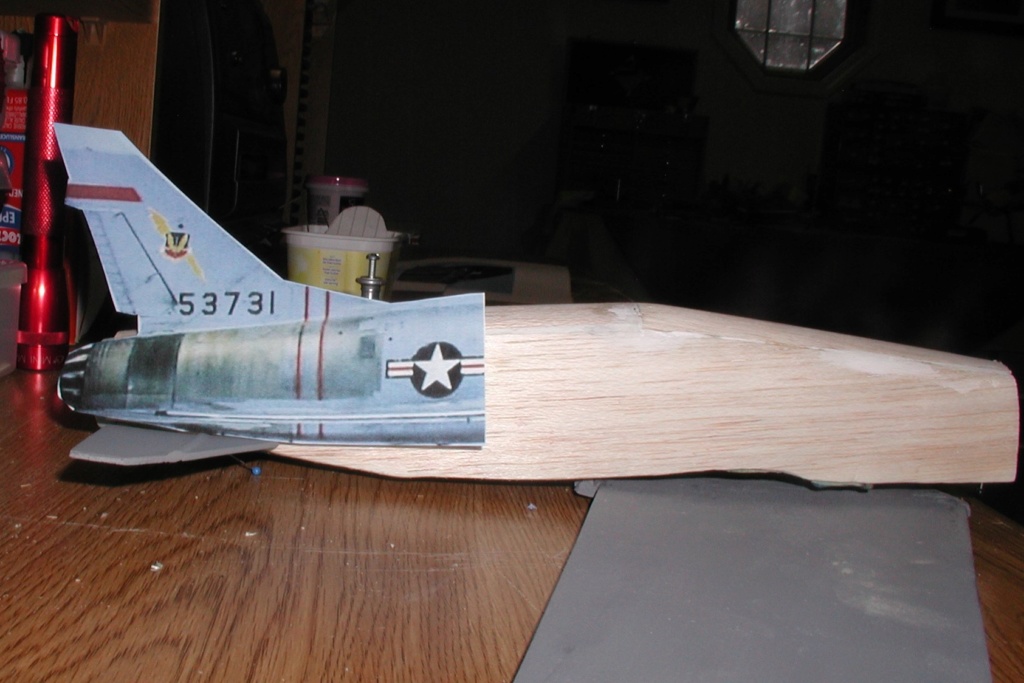 Fantastic rebuild, unbelievable that it's the same model.
Looking forward to the flight video.

Nice !! You put the cream in Puff my friend , Good job !! Yes hope to see or hear about the4 flight .

Cox made at least one model the F-15 Eagle with a flying tail. 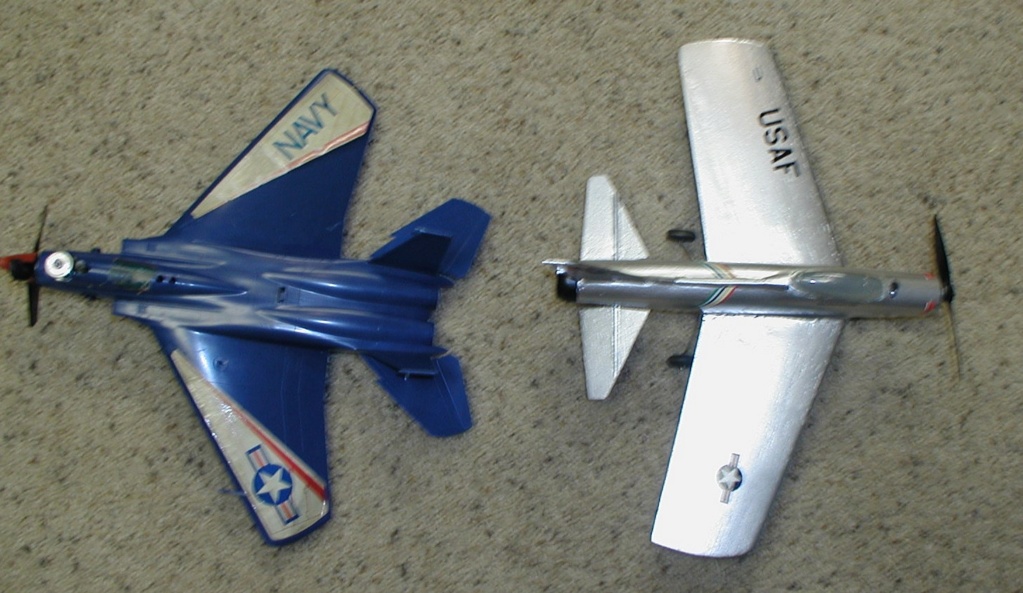 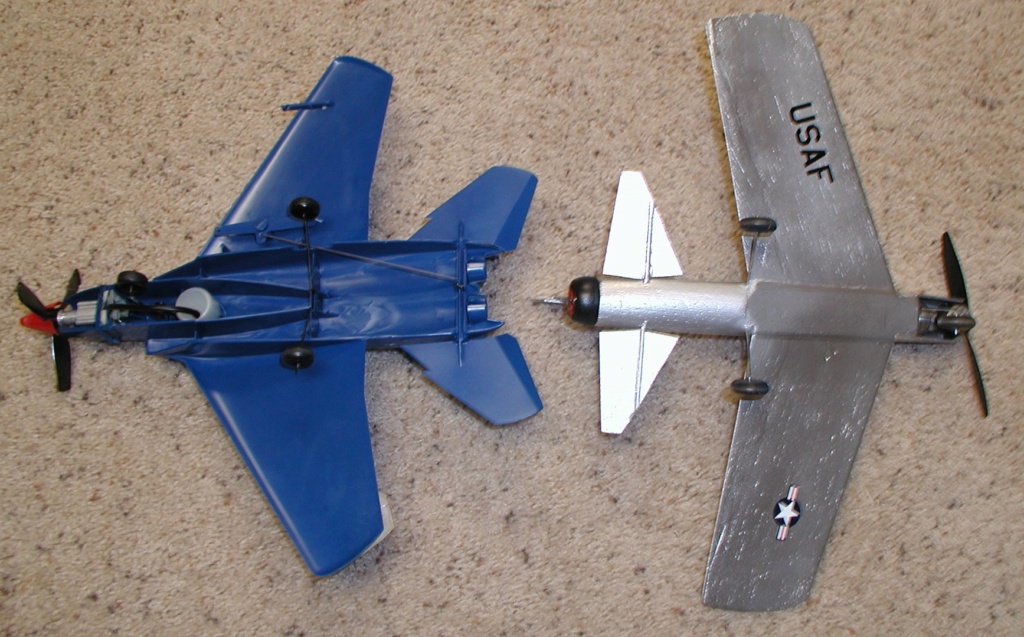 Someone with more courage than me will have to fly it.  That flying tail really digs in.

OK! Now I have to ask, what did you use to make the afterburner?

PS: I think the Cox Crusader was also a flying tail model. This is not mine; 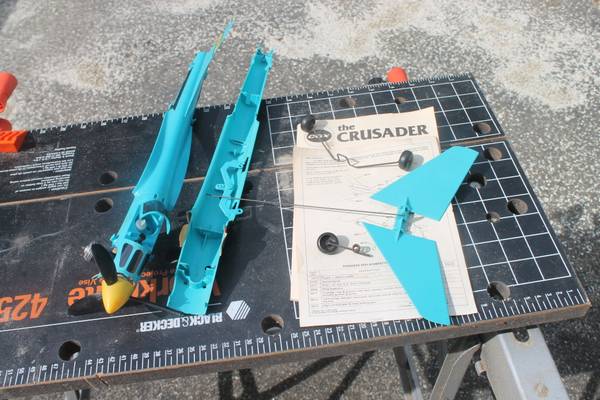 Marleysky wrote:OK! Now I have to ask, what did you use to make the afterburner?

Second one down Rene....

And I was just going to mention also the detail in the afterburner is a nice touch also. As for flying a flying tailed airplane, I would also not know yet, but my Cox Arctic Trainer / PT-19 is also a flying tail, as well as my Cox F-18.

NEW222 wrote:And I was just going to mention also the detail in the afterburner is a nice touch also. As for flying a flying tailed airplane, I would also not know yet, but my Cox Arctic Trainer / PT-19 is also a flying tail, as well as my Cox F-18.

I should have remembered the PT-19 Chancey.

Yes, a mixture of red and orange Krylon paint.  Tried to simulate the color I used to see when the F4 Phantoms took off from the runway at NAS Jacksonville with the A/B at full glow.

Were I a creative person I would have included a button battery and a red lED right behind it.

BTW - sharp eyes would notice the red decal at the front of the plane in the first picture is different from the one in the third picture.

That decal was a single piece that was intended to surround the intake of the scale plastic Trumpeter model and I applied it that way. I didn't like it but I left it. Finally it got to me, just looked terrible. So after a half hour or so I wetted a paper towel with windex and let it soak for about five minutes. I was amazed that the decal came right off intact. So I cut it in half and applied each section to the side of the model leaving a gap at the top.

rsv1cox wrote:Cox made at least one model the F-15 Eagle with a flying tail.

Cox made many flying stabilator planes. Towards the end there were F-15-a-likes, an F-18-a-likes, and many color/variations and names for the same airframe.  I have a couple of the Wild Wings racers, in red and yellow.  See this thread: https://www.coxengineforum.com/t7585-cox-baron-airplane#95521

I really love the job you did on that poor old model. It's completely transformed!

while I fully understand the train bug...I am going to really miss these adaptations and resurrections.....

fredvon4 wrote:while I fully understand the train bug...I am going to really miss these adaptations and resurrections.....

Thanks all, I appreciate it.

Good things do come to an end and I was getting a little out of control with these plastic thingies. I mean, 17 Cox Mercedes tether cars...…….who does that.

One day the grand kids will tear them up one by one, and for that I will be happy. For me they served their purpose.

And Fred, it's never over till it's over. There are many summers ahead.