Log in
Search
Latest topics
» AME 061 venturi relocation
by ffkiwi Today at 12:40 am

Re: worth your time

I watched it Fred. Thanks for sharing, great story.

I couldn't pass this one up, Dick Bong and the P-38. What a combination. From the latest issue of "Air Classics". Died flying another of my favorites the P (later F-80) 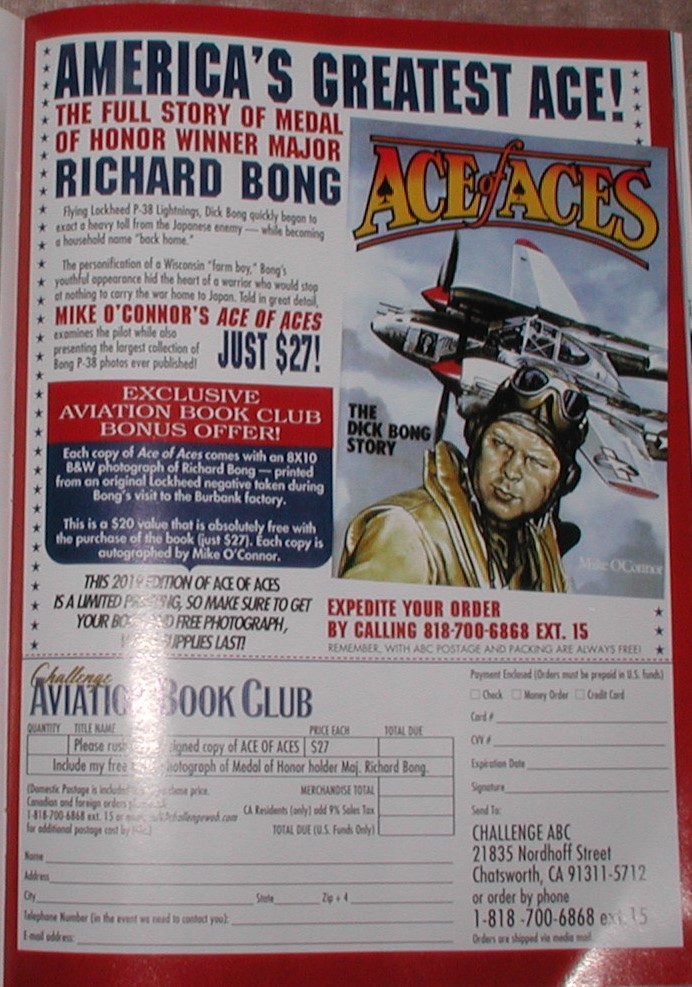 Richard Ira Bong was a United States Army Air Forces major and Medal of Honor recipient in World War II. He was one of the most decorated American fighter pilots and the country's top flying ace in the war, credited with shooting down 40 Japanese aircraft, all with the Lockheed P-38 Lightning fighter. He died in California while testing a Lockheed P-80 jet fighter shortly before the war ended.