» Tank Cleaning and an Old Rant from my Youth
by Ken Cook Yesterday at 8:24 pm

A simple escapement was wired in to the receiver circuitry be actuated by "quick blip". A tap of the momentary switch or "key" would trigger this escapement to go full throttle / part (or low) throttle. It was "bang, bang", "low, high", "high, low"".

You'll notice a number of earlier engines to include the Fox, OS, Enya, that had a two needle setup.

In the escapement driven engine era, the OS Pet .099 had a carburetor similar to the post Cox manufacturing era choke tube carburetor, where it reduced airflow. Here's a photo of such OS Pet. It is not my photo, found somewhere along the way may be even from the OS website. It is the steel fin Pet. One I have is the later aluminum fin steel sleeve Pet. 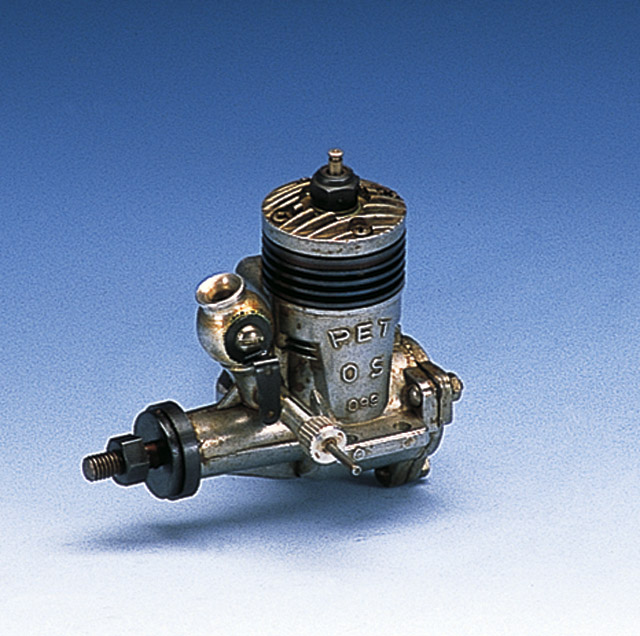 Thanks guys for the explanation. I learn something new every day here.

The question was asked on how one would switch fuel from high speed needle to low speed needle. This of course was before my time, because I was born when the Fox .59 twin needle came out. 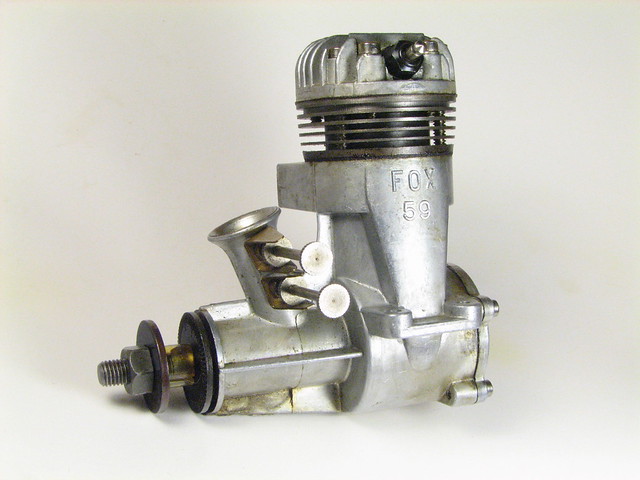 This was one year after Hal DeBolt debuted his 34" half-A Livewire Kitten. Drawing shows tube (valve) super-regenerative receivers being used, with 45 to 67.5 Volt B+ tube supply voltage and 1.5 to 3 Volt tube filament heater batteries. (Plan can be downloaded from Outerzone.)

Can you imagine a radio controlled plane with a 6 foot wingspan flown rudder only by escapement with a Fox .59 twin needle on auxiliary quick blip throttle with the power of a modern .40 - .45 plain bearing Sport Schneurle on a primitive tube radio set?

I recall seeing photos of the fuel valves that was escapement or servo operated, allowed fuel to be directed to the high speed or low speed needle. For example, OS made one. The modern R/C carburettor did away with this. However, such photos evade me for the moment.

Perhaps someone may have a photo of one from their archives to share?