I built a kit!

I built a kit!

At the flying field last week, a father and son came over to watch the guys flying control line at Delta Park.  They had just crashed the RTF RC plane that the son had received and were kind of disappointed.  They asked a lot of questions.  Or, rather, the father asked a lot of questions.  None of us old timers were wearing masks outside, and the son stayed planted on the other side of his father, looking scared for his life.  Don’t know if he was shy, or the media has him scared to death of old guys without masks….  Anyway, I gave the father my phone number and told him to call if they were interested in flying control line and I would help them get started.  I figured I’d never hear from them again, as is usually the case. But the father called a couple of days later and we set up a time for me to go over and help them build their first CL plane.  I said I would bring everything necessary to build the plane, but might give them a list of things they could have ready.  Well, the son kept pestering his father a couple/three times a day to see if I’d emailed him the list of things to get ready.  Unfortunately, my internet was out so he had to wait a couple of days.  But they seem at least initially excited.  So I made them up a kit.

I looked in my “engines to rebuild” box and found most of a Babe Bee engine.  It was just missing a glow head, a good gas tank, and a starter spring.  So I dug out a 5cc tank, spring assembly, and a used but good glow head.  Then I completely tore the engine down and rebuilt it with new gaskets and o-ring.  After re-assembly I ran four tanks of fuel through it to make sure everything was working.  Ran like a top.  Then I disassembled it completely so the son could rebuild it on Thursday afternoon, and we can run it to see if he follows directions well.

Then I printed out the plans for a Beginner’s Ringmaster.  I slightly deviated from the drawings I had, as the drawing of the Sterling BRM has a lot of positive wing incidence.  I raided my scrap wood to cut the kit with a fuselage using a top balsa piece, a bottom balsa piece, and a stick of ¼” square spruce going down the middle from firewall to tail, and cut the upper fuselage portion for the wing and tail to be 0-0-0 incidence with the engine.  Then I cut the rest of the kit from scrap wood also.  Digging around in my leftovers brought out everything else I needed to complete a flying BRM except covering.  I told the father to get some water based polyurethane so they can finish it clear.  With all the smoke and coming rain, they should have about a week to let it dry before a good flying day comes up.

You got lines and handle too

Great story Mark and excellent educational opportunity for the kid to assemble the Bee too, and experience it come to life...

If you need another babe bee let me know. They keep multiplying on me. I can donate a runner to the cause.

I might have a Cox handle and Dacron lines I got in a lot some time back. Not sure that would work for this model from a Cox RTF model. 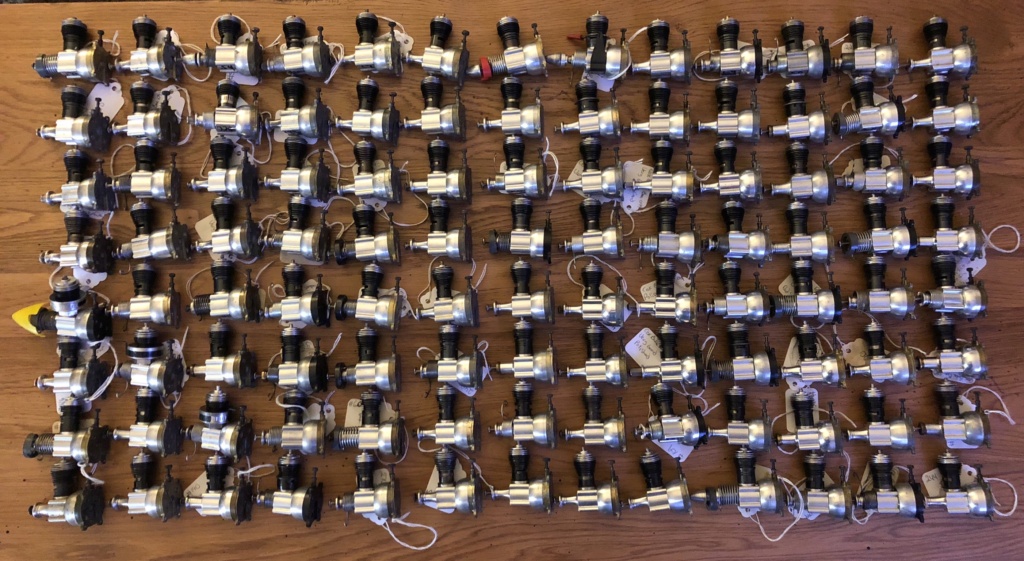 Jason, I'll take the one six down and eleven across....

Just kidding. I'm going to give them a set of plans for the BRM, and also direct them to Outerzone so they can look at other 1/2A drawings. If they came out to the field and flew a couple of times, I was going to dig up a second engine and give it to them so they could have a father/son thing. I'll let you know if I am in need of a second engine. Thanks for the offer.

I'ma want 5 down X 5 across, and the one below it, or at least the starter springs.

@dckrsn wrote:I'ma want 5 down X 5 across, and the one below it, or at least the starter springs.

Hmmm... I didn't see that. Yeah, I need that starter spring also.

@dckrsn wrote:I'ma want 5 down X 5 across, and the one below it, or at least the starter springs.

If you look carefully the top engine in the pic has the correct original spring as it comes almost to the windup starter. The bottom one is one I made from a regular old starter spring. It has 2 less turns on the spring hence the gap. Still works though.  You guys either have eagle eyes or glasses like bubbles. 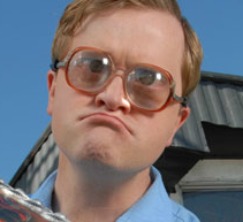 Looks, like Mr. Babe Bee Bob has taken a shine to one of those beauties!

@Jason_WI wrote:
If you look carefully the top engine in the pic has the correct original spring as it comes almost to the windup starter. The bottom one is one I made from a regular old starter spring. It has 2 less turns on the spring hence the gap. Still works though.

I tried bending a stock spring, but it just wouldn't stay in the spring hole. How did you do it?

[/quote]
I tried bending a stock spring, but it just wouldn't stay in the spring hole.  How did you do it?
The Unsuccessful Mark[/quote]

I'm headed down that road soon, Mark.
I have some springs/victims on hand, and
plenty of ways to fail.

Going to give the "snap start" spring a try
first. I've had good luck shaping
springs so they work, and don't look wonky.
Bob

@Cribbs74 wrote:Looks, like Mr. Babe Bee Bob has taken a shine to one of those beauties!

I like shiny things, but I got my faves. I'll have
to take a head count some time.

If you need another babe bee I have this ready. Nice thick taper crankcase, stepped cylinder and new glow head. Added a no drag starter. Spare glow head and rebuild kit. Threw in a glow plug clip too. Just say the word and it’s in the mail. 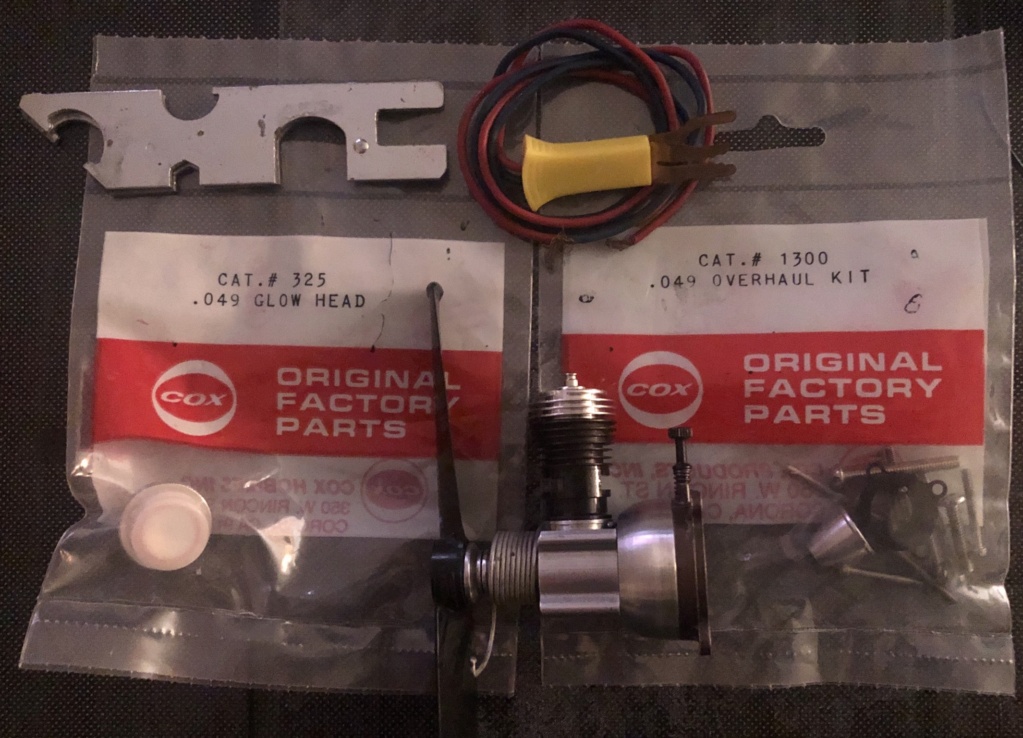 Thanks for the offer. If they continue like the father says they will, I'll take you up on the offer. It's raining now, but hopefully by the weekend I can get together and get them in the air.