Log in
Search
Latest topics
» New to vintage engines
by Levent Suberk Today at 9:24 am

» Baby bee basics
by Levent Suberk Today at 9:19 am

A little more story-telling about the control liners we flew back in the day.

The predecessor to Uncle Wayne's "Buster" was the Carl Goldberg "Shoestring" stunt control liner. Also designed to resemble a classic pylon racer, it debuted in 1961 or so, to be followed by "Buster", and "Cosmic Wind" a year later.  The photos give an idea of their relative sizes.

Wayne first built the Shoestring, which was eventually lost due to a line break.  He then built the Buster that survives to this day.

I bought this Shoestring at a swap meet in Mattoon, Illinois in 2017.  It, another Shoestring, and a team racer (all complete with engines) were rather cruelly dumped in a plastic bucket, with a price tag that sent me scrambling for my money roll.  No, the bucket was not included.
The red Shoestring's Monokote was seriously delaminating, and will need a recovering job that hasn't yet happened.

After carefully removing the original owner's AMA number from the old Monokote, and stitching it's equally old cloth hinges, the yellow/red Shoestring is up and ready for flying with it's own designated set of flying lines and handle, so some video/photos will be forthcoming.

Still don't have a "Cosmic Wind", but the swap meets are starting crank up, so... 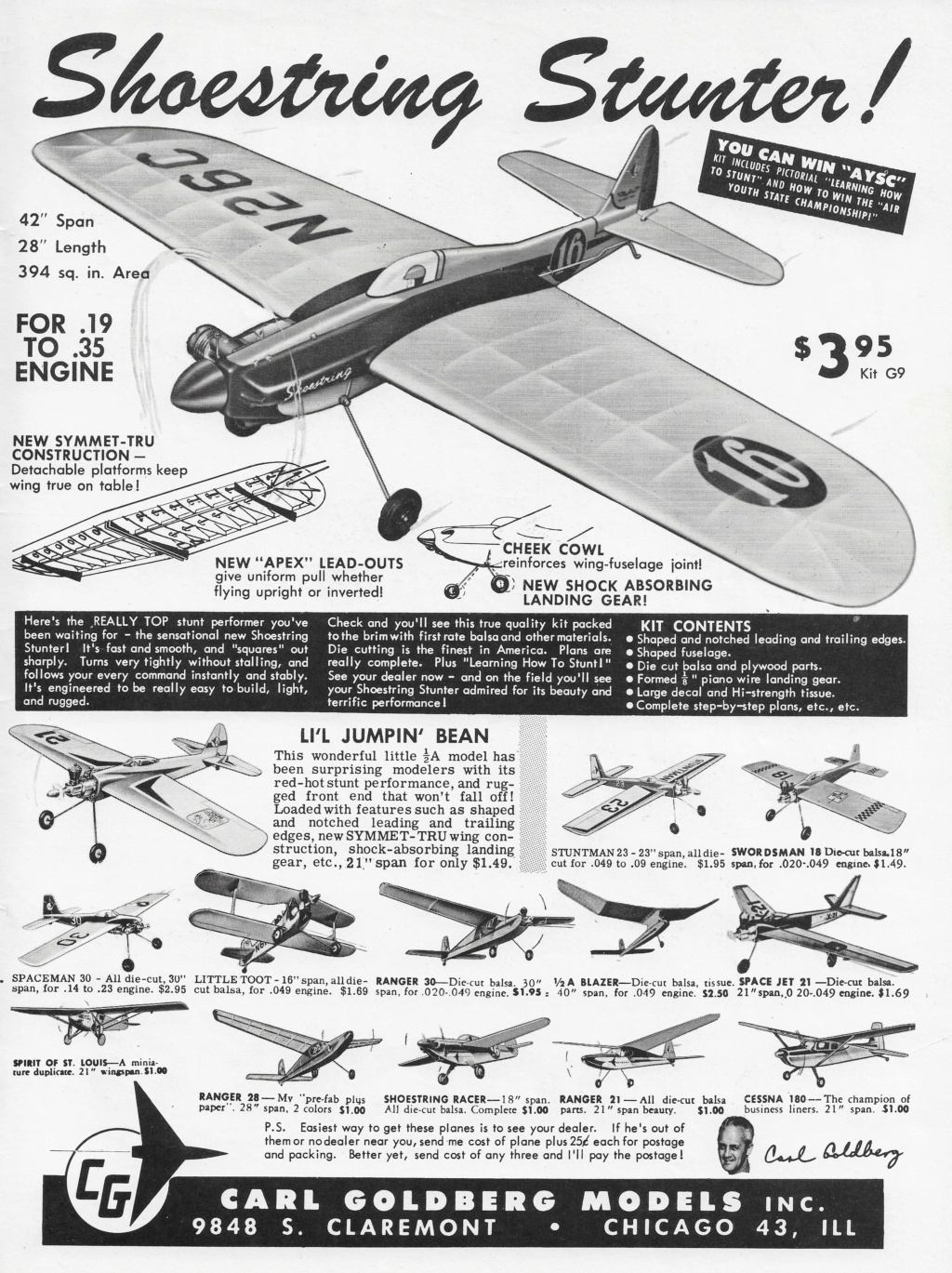 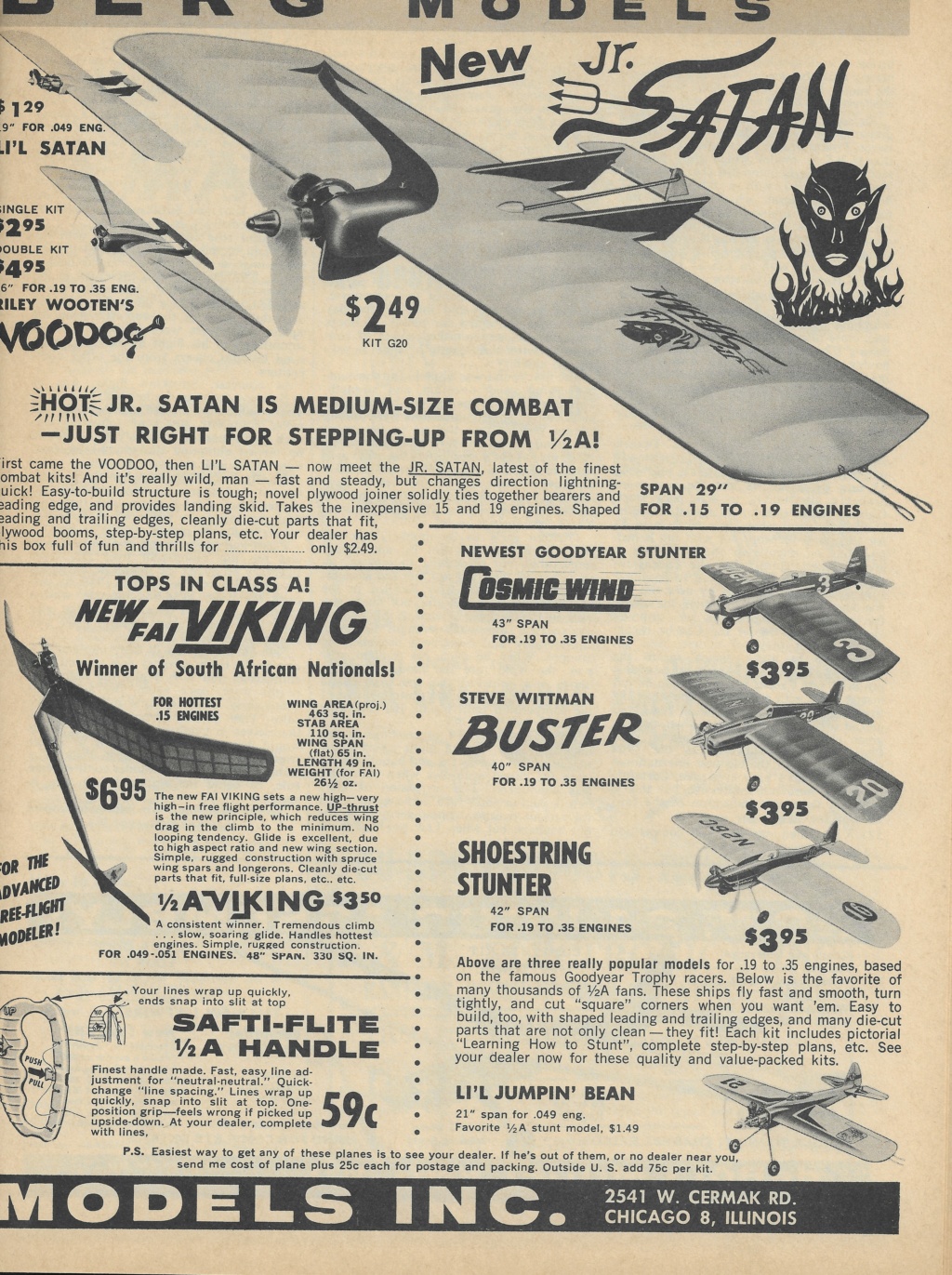 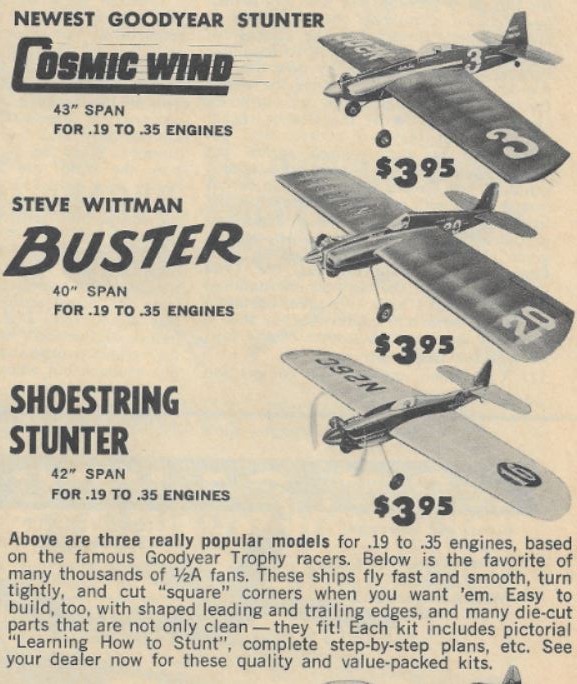 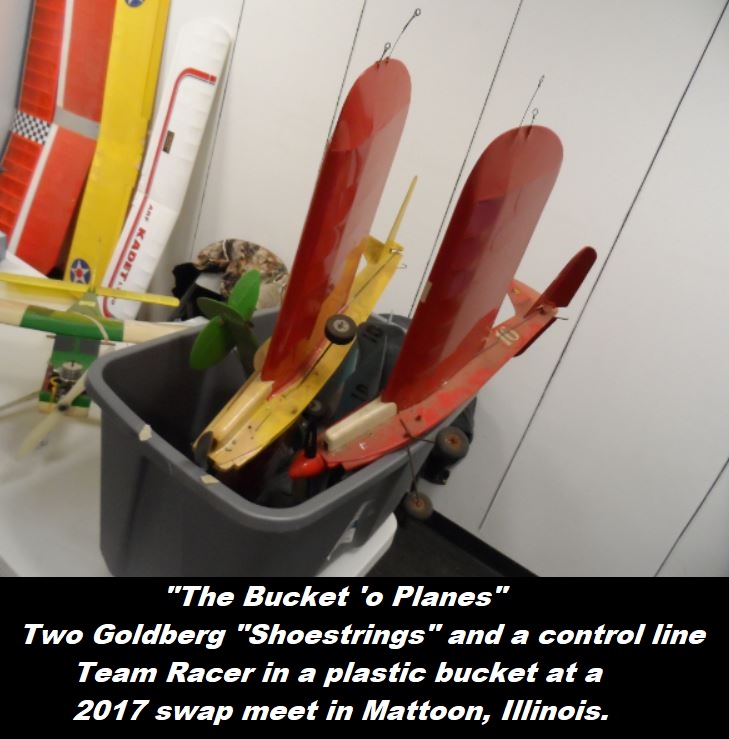 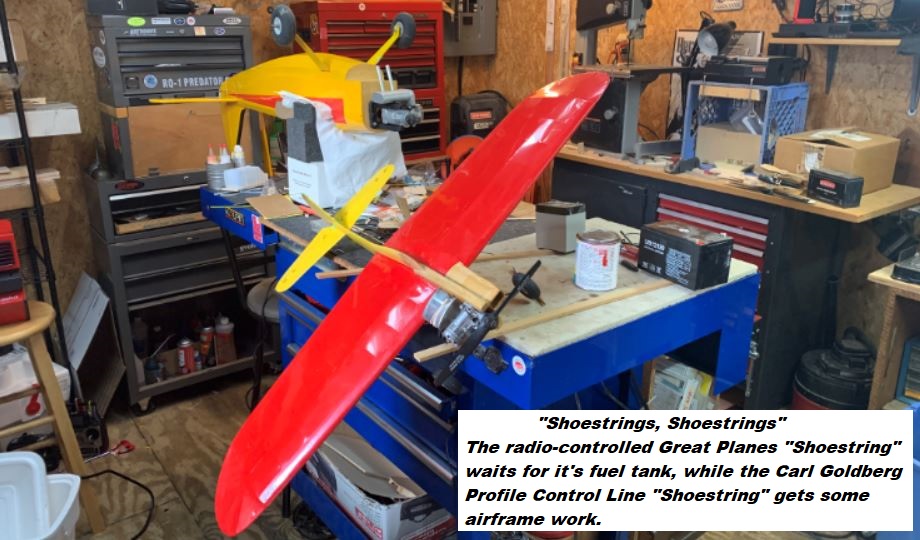 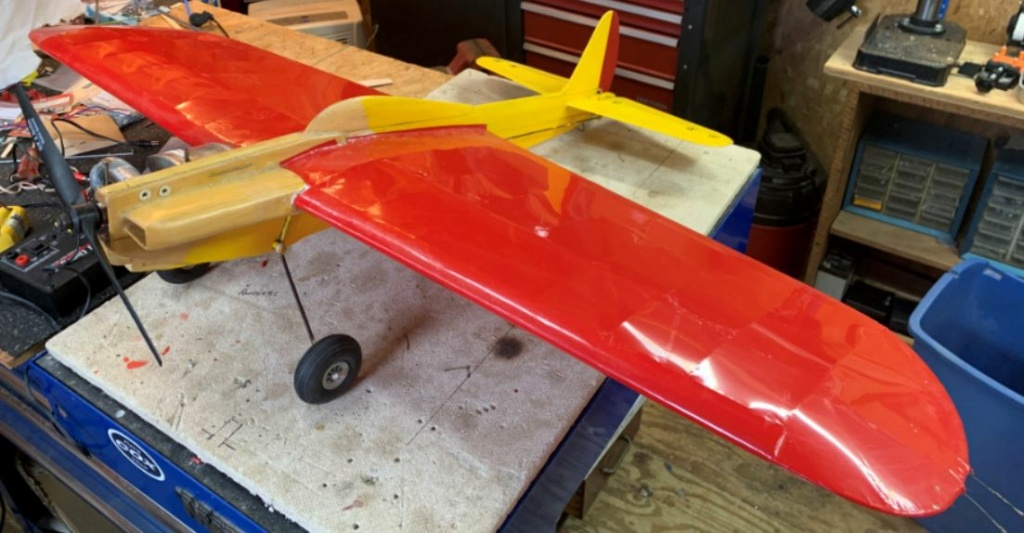 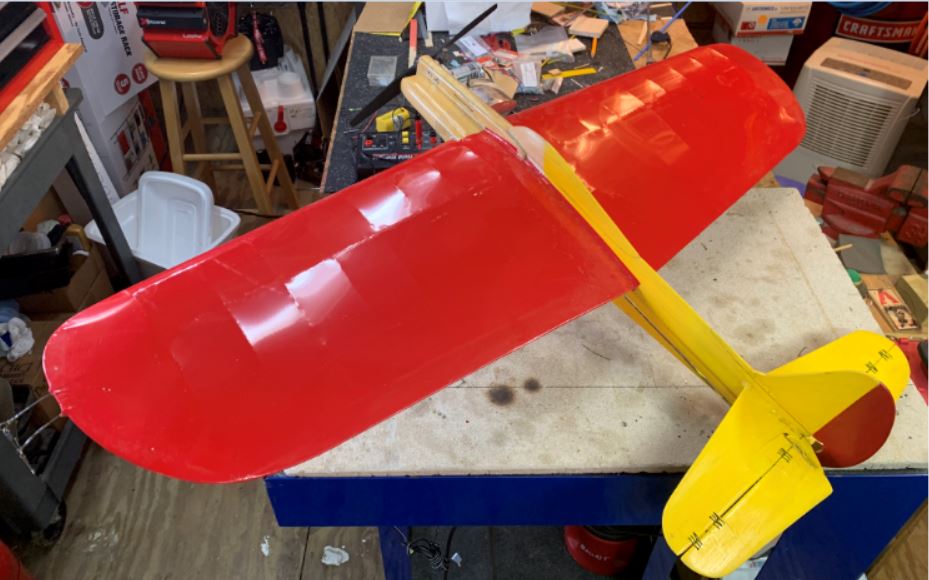 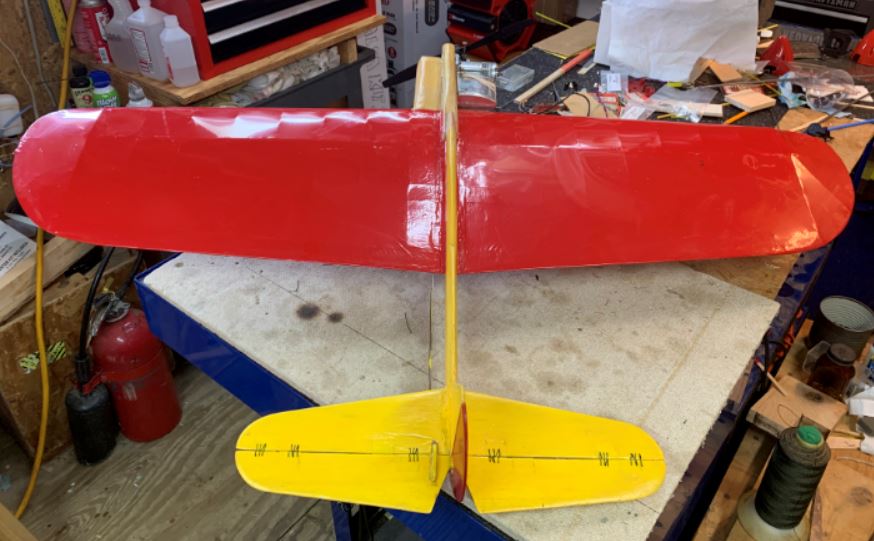 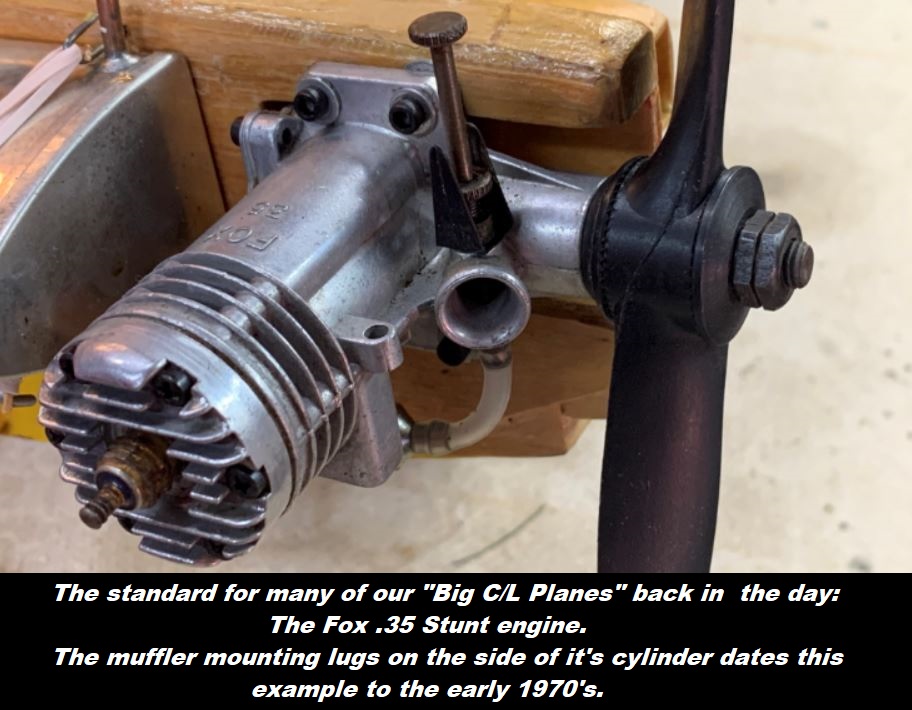 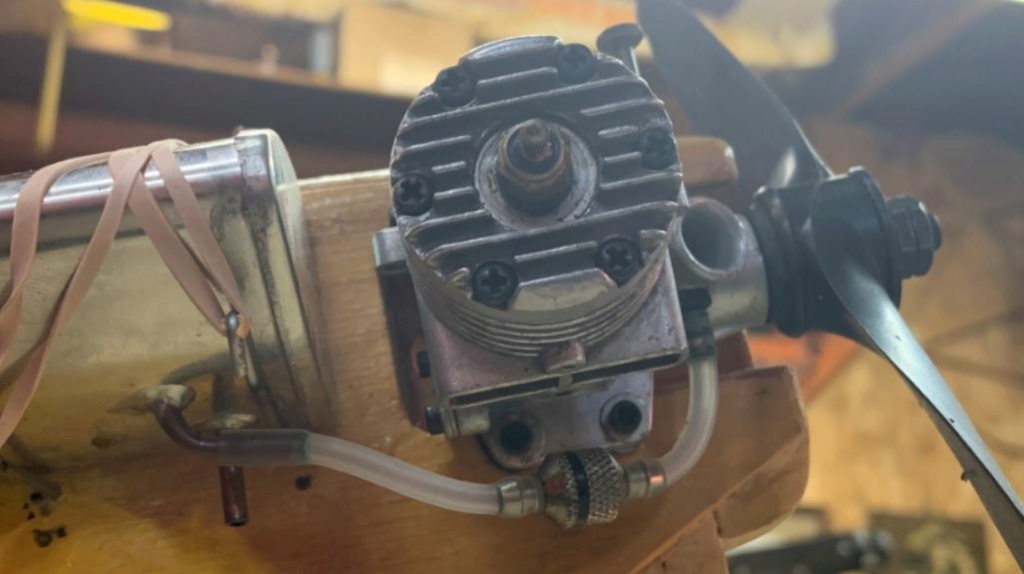 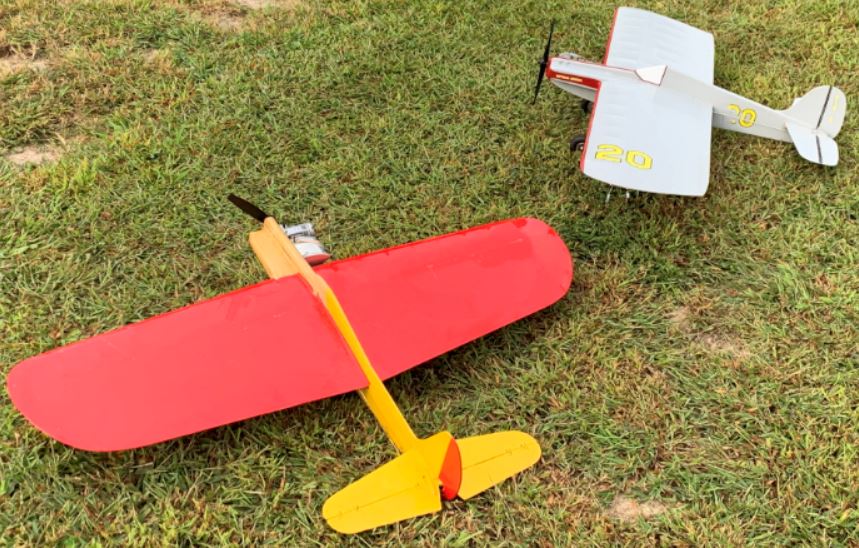 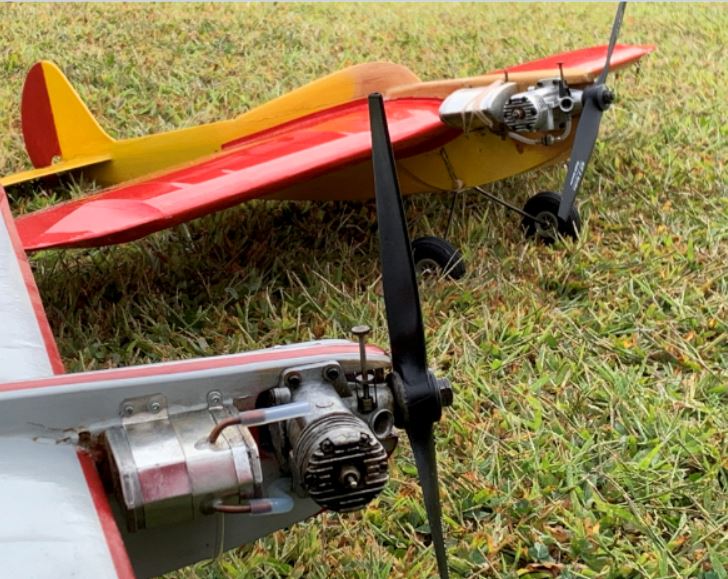 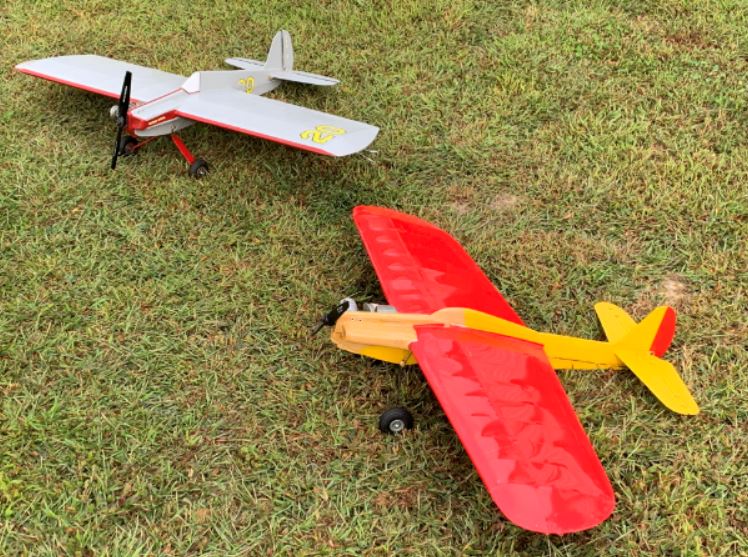 One really caught my attention, the Space Jet 21 with a .049 Babe Bee in the nose. I guess 21 mean 21 inch wingspan. That is a rarity, never saw the kit except in your vintage CG ad. When I was growing up never saw it in any of the hobby shops, so I guess it must have been withdrawn early. Any plans available for such a rare bird?

Only thing I knew to do was a search on Outer Zone, with no results. Hope someone here has some info.

Thanks, Kim. Also searched Hip Pocket Aeronautics, no luck. Only post I could find was:

BBreyer on Jan 14, 2012 wrote:Wish I could help with the Spaceman. I'm looking for one myself! This kit and the Space Jet 21 are the rarest. Love to hear from someone who built and flew them back in the day.

The Space Jet 21 is the rarest. I guess it was ultimately replaced by the Li'l Wizard.