In Walmart the other day I spotted a spray can color that I thought would better match the cowl on one of my P-26's.  This is the only aqua Peashooter that I have ever seen but it came missing the cowl, so I had a spare in blue and used that.  Much better match, not exactly the same but much closer. 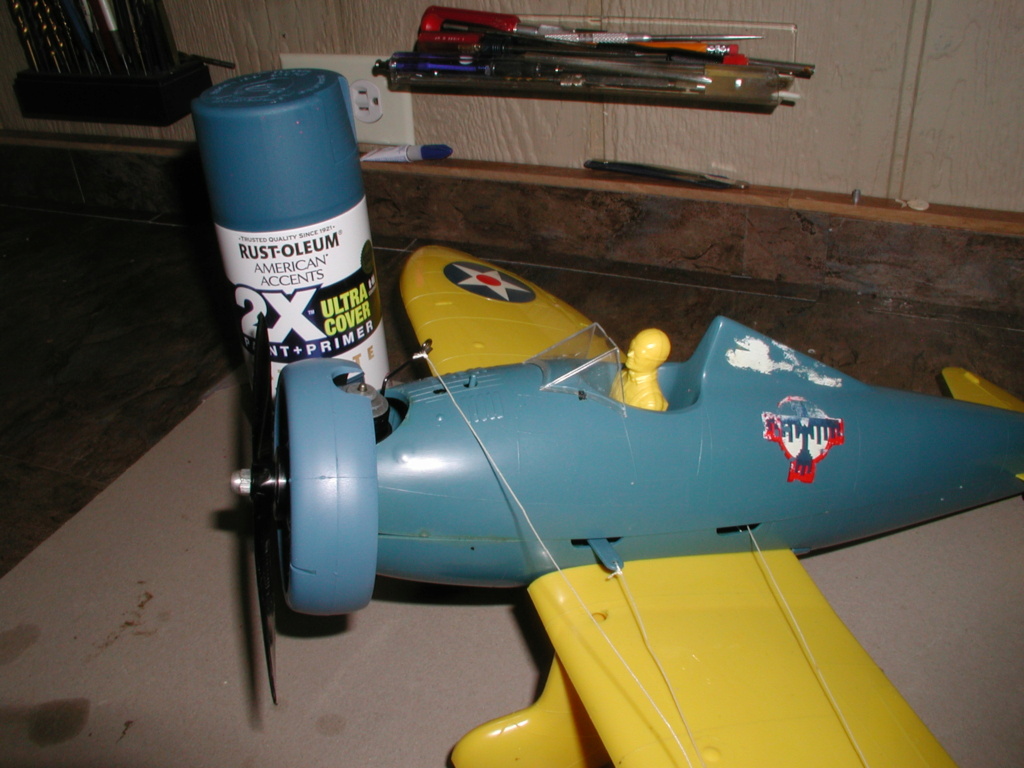 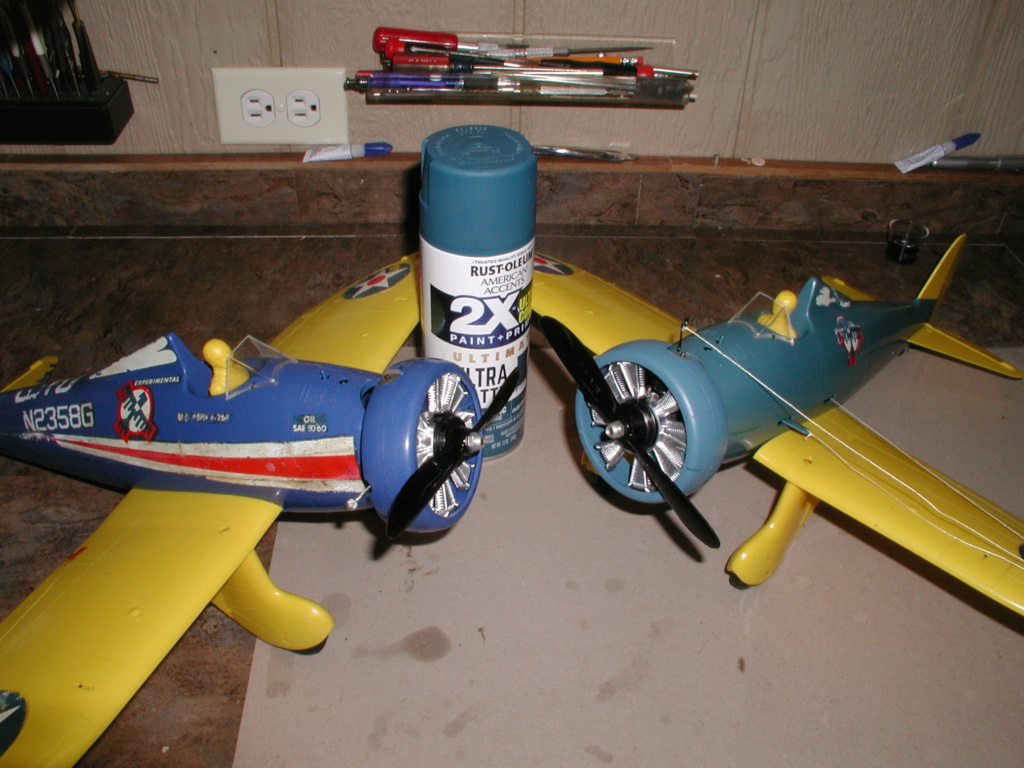 Painted this one and added a throttled Wen Mac that I got last week.  Locked up as usual but carefully applied head freed both the piston/crank and starter. 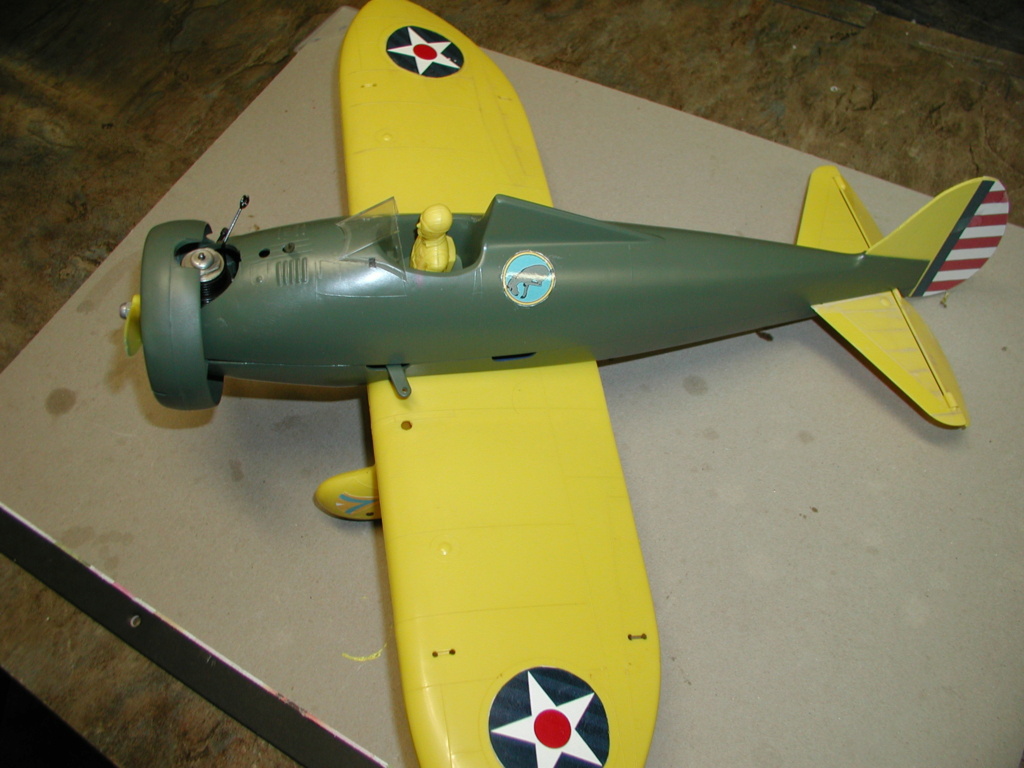 Real happy with the way this box turned out from a torn mess.  Nice box art attracted the kids and Dads too.  Tyco collapsed the landing gear on the model allowing a lower profile and saving box height.  Buyers had to snap the gear into place.  Wing attachment is so simple, just a rubber band at the rear holds it in place.  During a crash the wing just slips out the back. 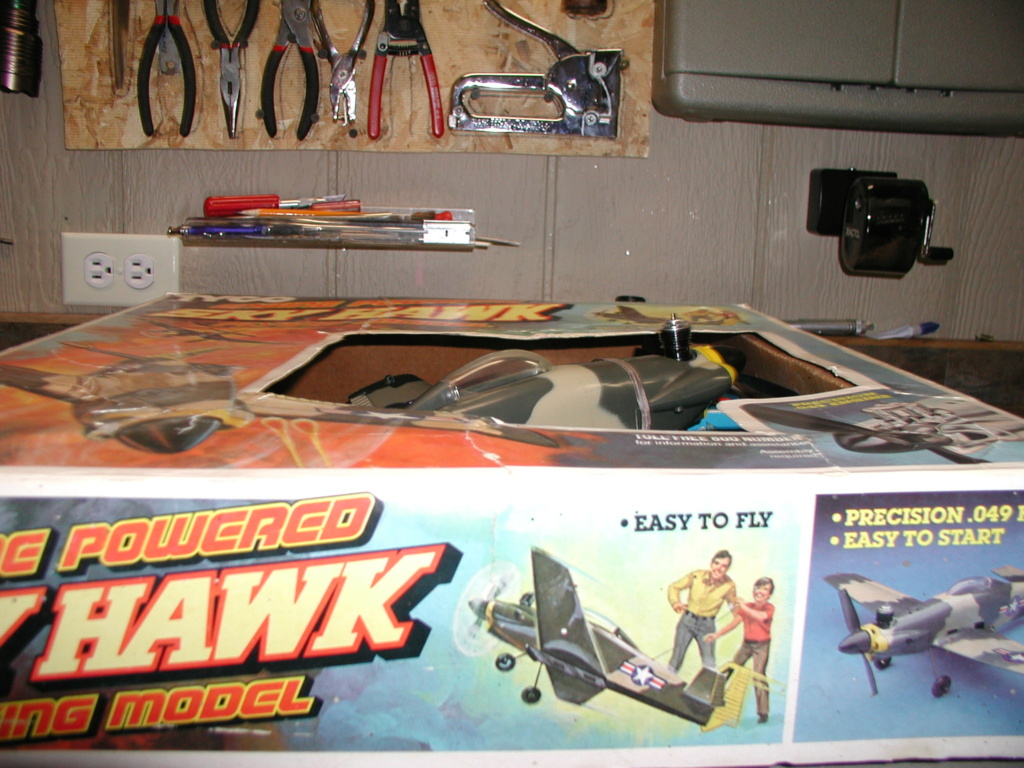 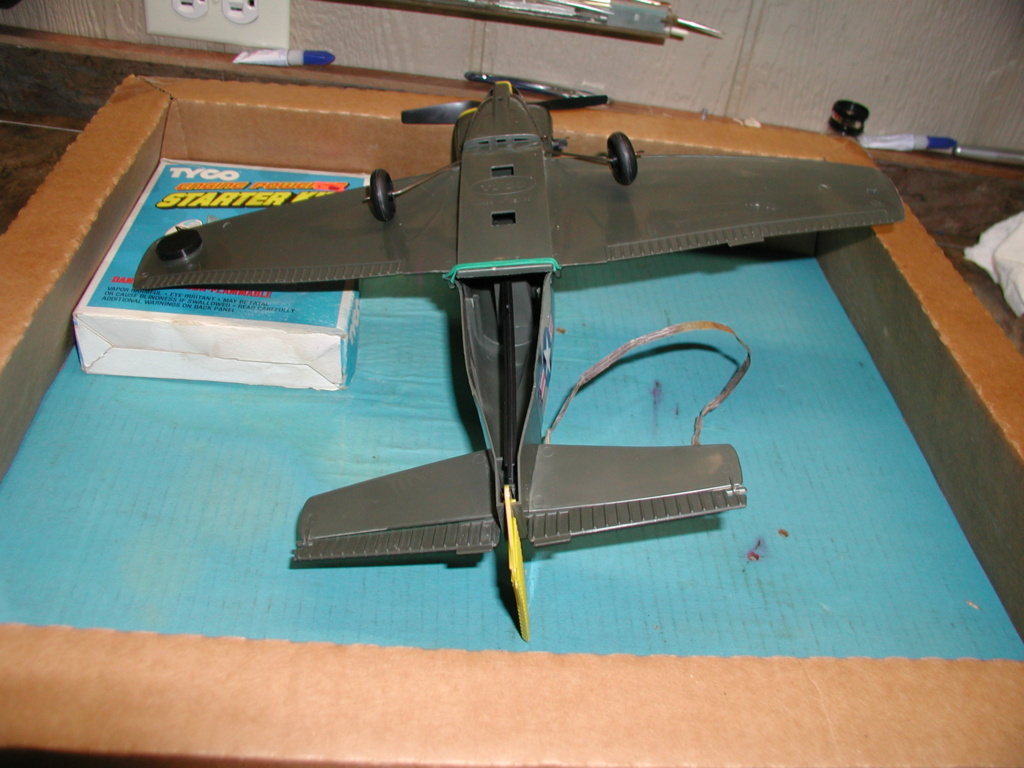 I did not try the rip starter, but seems that it would work well.  The camo paint job disguised the castor crud that was on it.  After getting it clean I didn't want to mess it up again.

And the cut to fit interleaf window worked perfectly. 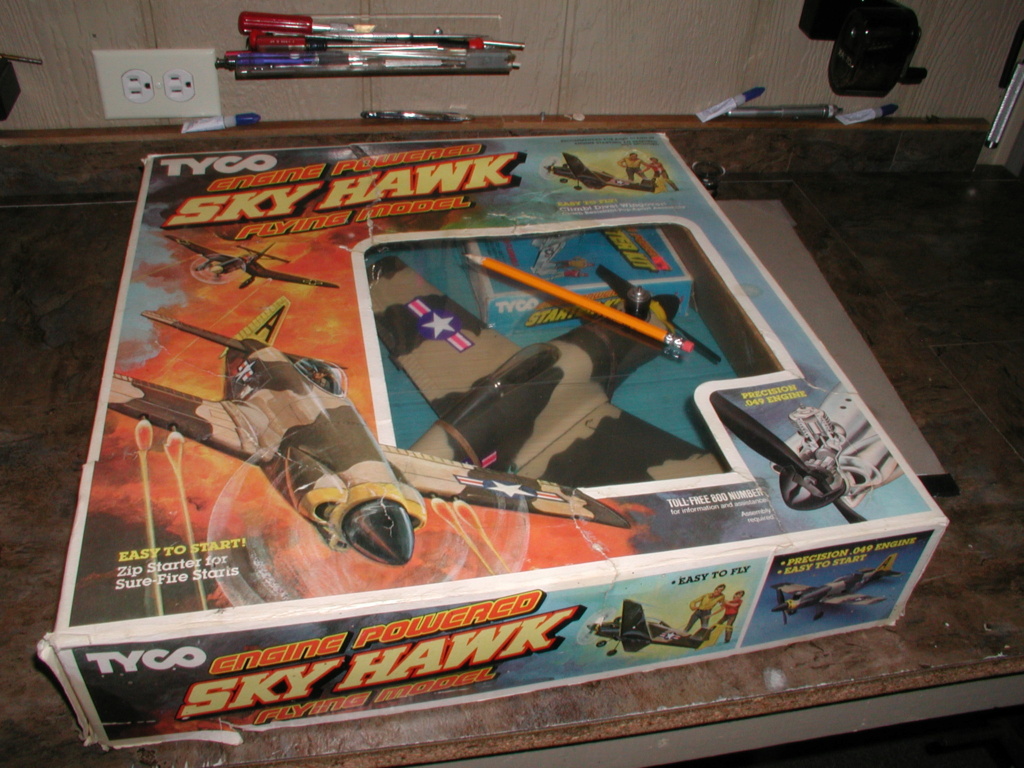