Does anyone know for what engine this cylinder is? 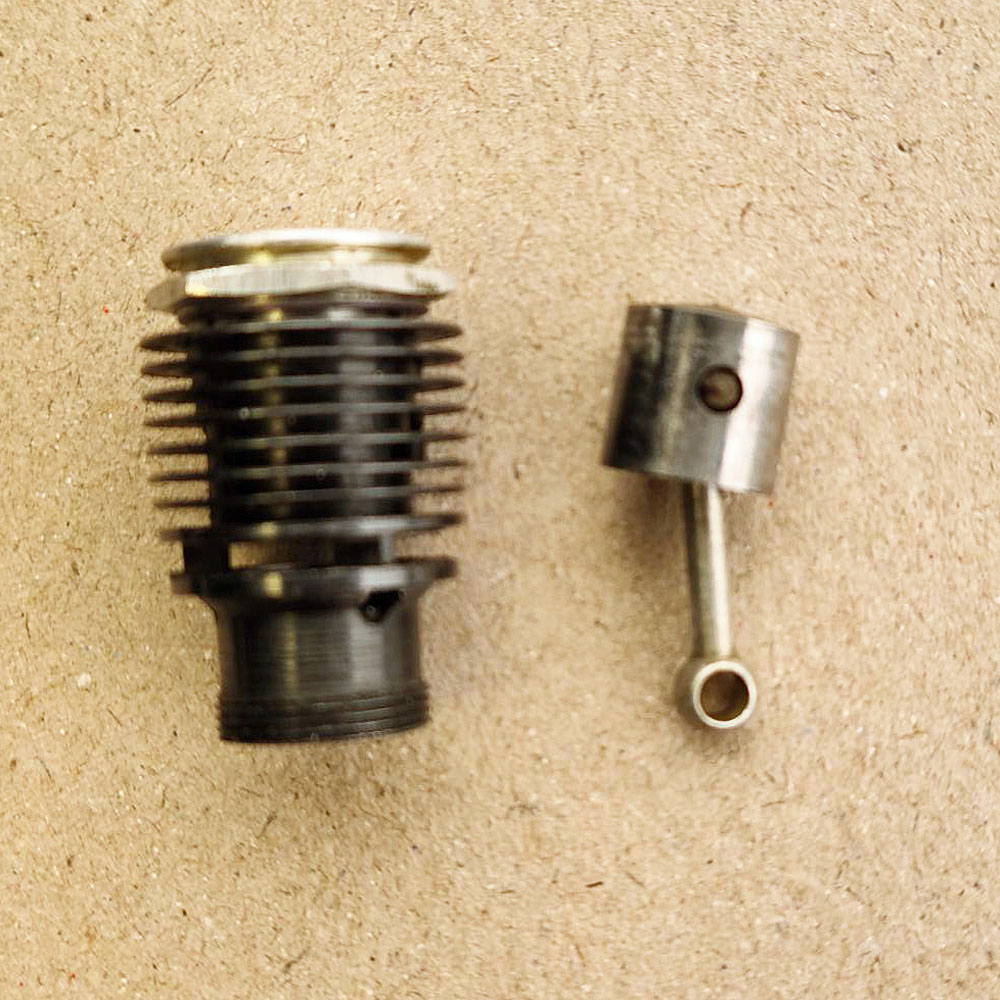 I have one of those, a reed valve OK .059R Cub. I don't know if mine was one of the last produced. Interestingly, Herkimer did not blue the cylinder black on this one. 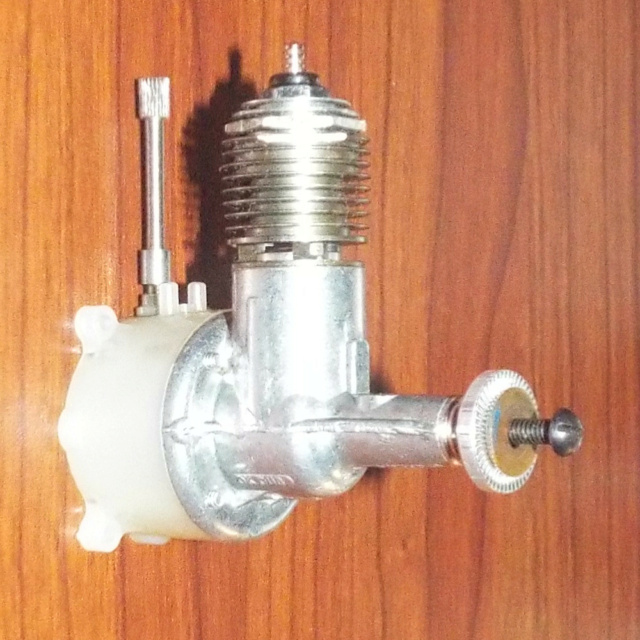 Here is the best explanation I could find of the .059R or .06R engine:
adriansmodelaeroengines.com Herkimer OK Cub .06 & .049 Reed Valve Engines

There are many photos of Herkimer engines, so one might be able to better identify more closely what they have. I also found it interesting that with the unavailability of the the Fox .07 engines, Comet was putting the Herkimer .06R in their RTF CL planes, as the Comet .06 engine.

An interesting point in Adrian's article is that the OK's will produce power in the Babe Bee range but at a lower RPM of 11,000 to 12,000 RPM, depending upon level of nitro and head setup. 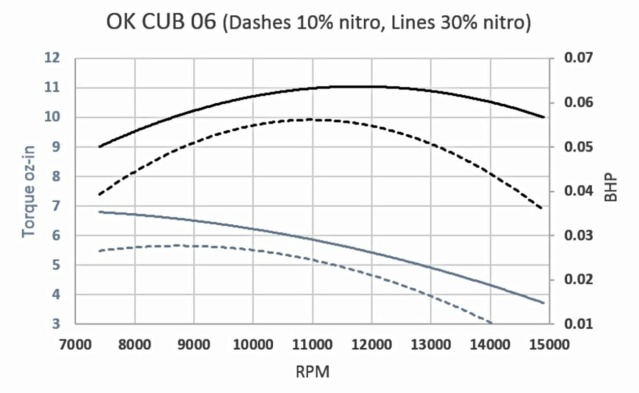 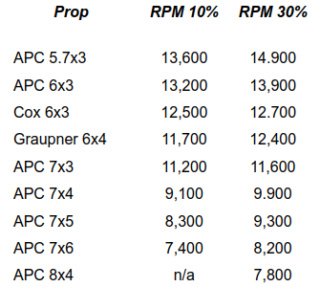 So, if one props them with this in mind, then should have better success at flying them in place of a Cox (go slightly larger in diameter and / or pitch). I find it interesting that on 10% nitro and peak BHP at 11,000 RPM, it would seem that a prop about 1,000 RPM below that would unload once in the air to match the peak. According to the chart, an APC 7x4 seems be right IMO. Perhaps a Master's 6x4 might work also. @Kim found that a 7x4 Master's on his Gilbert .11 Thunderhead was a bit too much prop, but an engine test article found the APC 7x4 to be a better choice. I'll be interested to hear of his upcoming test results.

From Adrian's test RPM chart, the 6x3 prop, one that is generally optimal for a Cox reedie puts it outside the power curve for the .06R once in the air. This I did not know, but is good as now I know what props to test with now. For example, I found this to be true also of the legacy Enya's, since they peaked at a lower RPM than the Schneurles. If propped like a Schneurle with smaller diameter and / or smaller pitched props, they then appeared to much weaker than the Schneurles, which is further from the truth.

Now I know that to make better use of the OK's, I need to try other props more optimal for its lower power band. So that Andrian's article isn't lost to the rabbit hole of time like many other model engine websites, I did a PDF print save to my computer.

Thanks for identifying the cylinder

Has it been identified? I see it has a wrist pin and the OK .059's were swaged.

Perhaps cylinder is .060 and piston is .049 OK Cub in Cox International photograph. 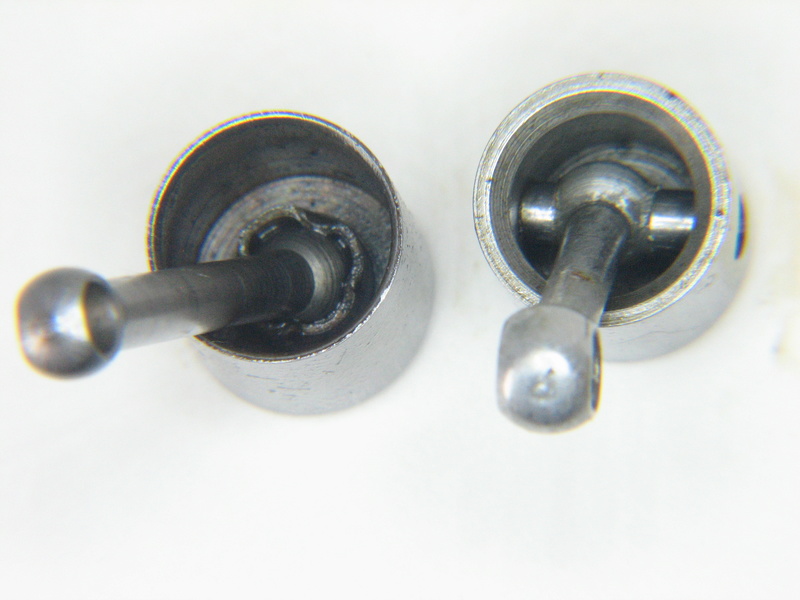 Perhaps cylinder is .060 and piston is .049 OK Cub in Cox International photograph.

Thank you @Levent Suberk, for posting that link to the late GWILLIEFOX's (my condolences) thread. It has the most complete explanation with photos I have seen for the differences between the .06 and .049 OK's.

Ken brought up an interesting point on the differences in pistons, so I counted the cooling fins on the cylinders. The .06 has 9, the .049 has 8. Bernie @Cox International's photo shows 8 cooling fins, so the matching OK set he has does appear to be the .049 and not the .06.

I made a motion, any seconds before we "vote"?

And, Levent, thanks for clarifying the dimensions of the bore and stroke of both. Now I understand why Adrian's tach readings on the different props shows a good possibility that an APC 7x4 may be an optimal prop for the .06 engine. The longer stroke would indicate to me that the .06 has more torque than the .049 engine.

It does cast this particular model of OK in a more favorable light for pulling a draggy cabin or biplane aircraft.