Log in
Search
Latest topics
» Micro 12VDC Generator with a Cox .049 Sure Start Diesel Engine
by davidll1984 Today at 7:26 am

» any Thoughts on Crash Please
by Yabby Today at 7:25 am

» My Mazda RX-7GSL-SE build log with the occasional balsa inclusion
by getback Today at 6:36 am

» Davis diesel head improvement
by ffkiwi Today at 6:05 am

» NTSB Preliminary Report Wings Over Dallas B-17 Mid-Air
by GallopingGhostler Yesterday at 5:07 pm

» Let's design a model for one of our Cox engines.
by Yabby Yesterday at 9:13 am

Here's something a bit different. This was sent to me by Duane (duaneh) some time back along with a number of other manuals. Dated to the early 1970s, Cox Model Rocketry catalog. Good graphics, scanned at a higher resolution, so the file size is a bit larger than usual at 117 MB. 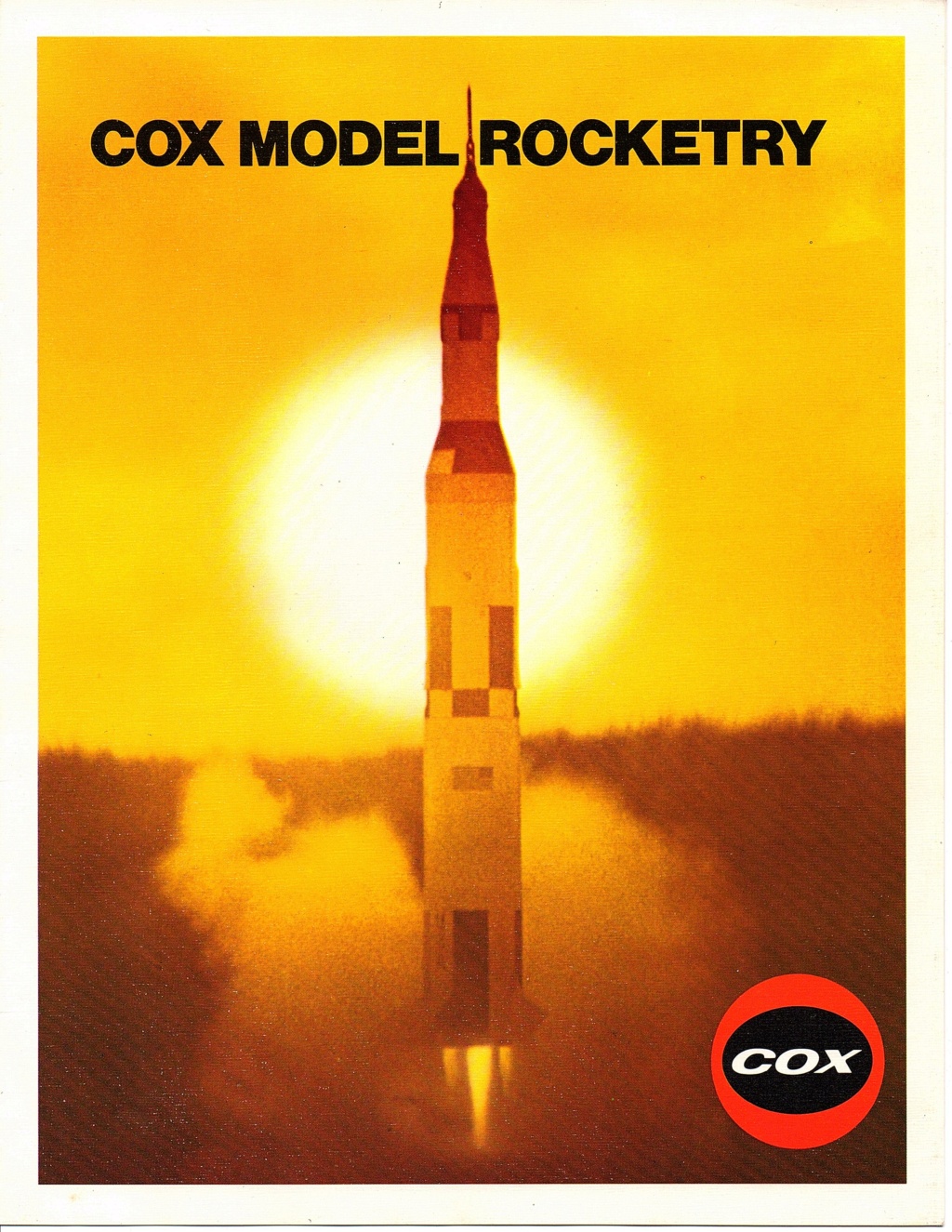 You can find this catalog along with other catalogs, manuals, and documents on the Instruction Sheets page.

If you have manuals, decal/sticker sheets, parts forms, or other documents for engines, models or other products from Cox or other manufacturers, we'd be happy to add them to the database. You can contact me by PM or email (address shown on the Instruction Sheets page). Good quality scans, photos, or physical documents by mail accepted!
_________________
-Jacob

I thought it was interesting that Cox back in the 1970's was getting involved in the model rocket scene. I was brought up in the Estes era of the latter 1960's, where there were several model rocket kit manufacturers, Estes the largest, then Centuri, and a couple others. Those times there were not ARF or RTF rockets. By then already an adult entering the working world through the military service, did not pursue rockets but some CL and mainly RC aircraft. The Cox RTF's were a novelty, but never purchased any.

Then in the 1990's, dabbled with it a little by taking my son and daughter rocket launching in the south hill valleys of Gallup. Built Estes Big Bertha and Alpha, plus another for them. Made a hand held launcher panel for them with key (shorted 1/4 inch phono plug). They were excited to fire them and retrieve the parachuting rocket coming down.

Similar topics
» Early Model Cox RR-1
» Can you tell me who made this Model from the early 70's?
» Cox Riviera wanted to restore.
» The early days of model airplanes
» Cox 1987 catalog and cox 1983 catalog