» My two latest planes
by batjac Yesterday at 10:29 pm 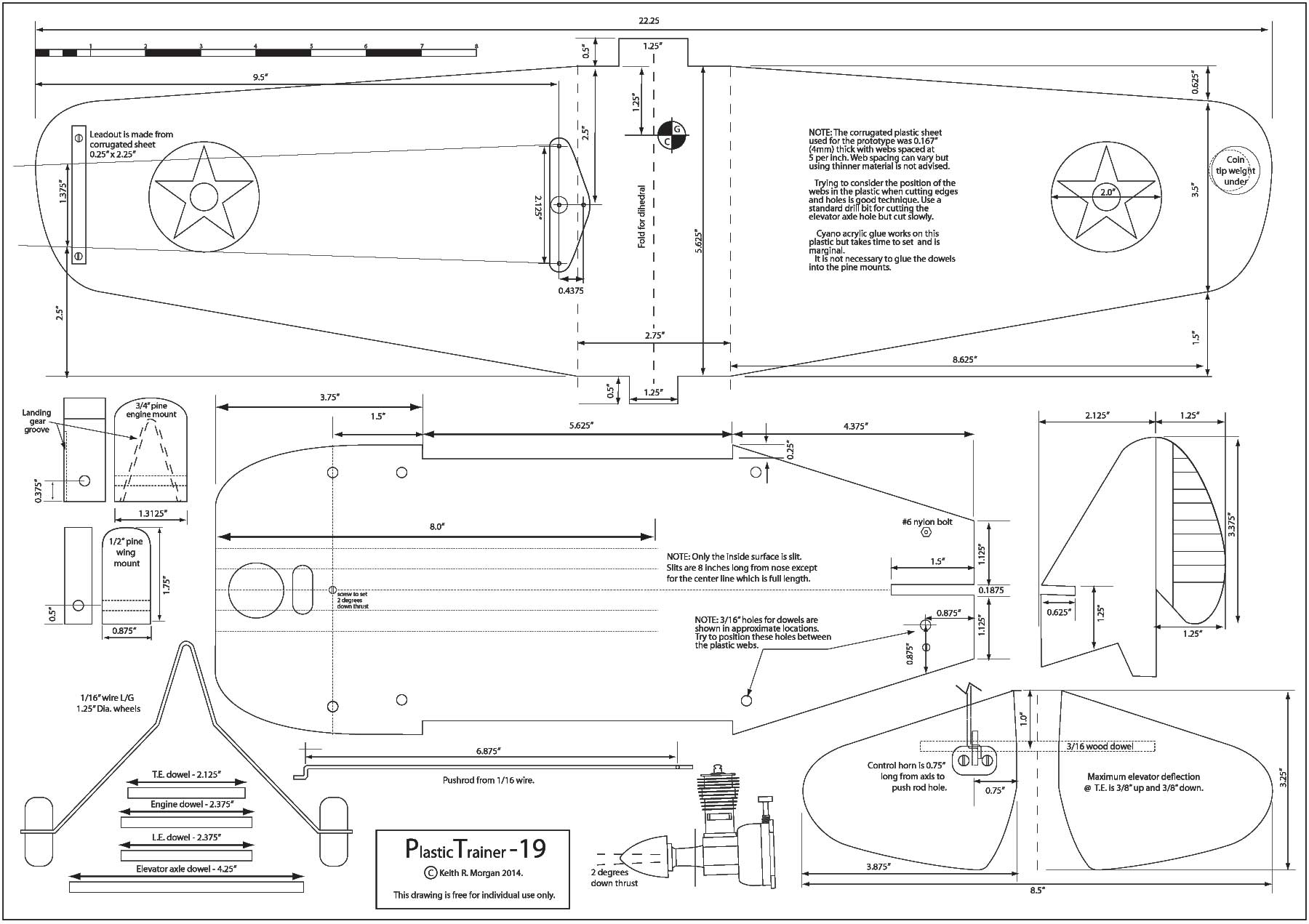 Levant Suberk: thanks. Was trying to sleep, but have a major migraine.

p.s.p.s. Does anyone remember the AUW, all up flying weight?

Started way back in 2012 this thread has been stepped on so often it must feel like a door mat. I'm just one of many contributors.

Had my first one at 19. Maximum visual distortion, little to no headache. Put me in the hospital for 10 days. Rookie Navy doctors could figure it out, thought it was meningitis. Put me in the contagious ward. Finally sent me to an eye doctor who told me to go back and tell the Docs that I had a Migraine and to let me the heck out of there. Now I just lay down for 20 minutes and they are gone. Maybe one every 3-6 months caused mostly by eye strain. Working on tiny locomotive parts under a magnifying glass can really be a pain.

Happydad, I printed the full size plan and vinyl decal sheet for various color schemes of coroplast PT 19. Here is the set is ready to mail you.

Please send your postal address with pm, but mail delivery expected about one to two months to USA addresses. 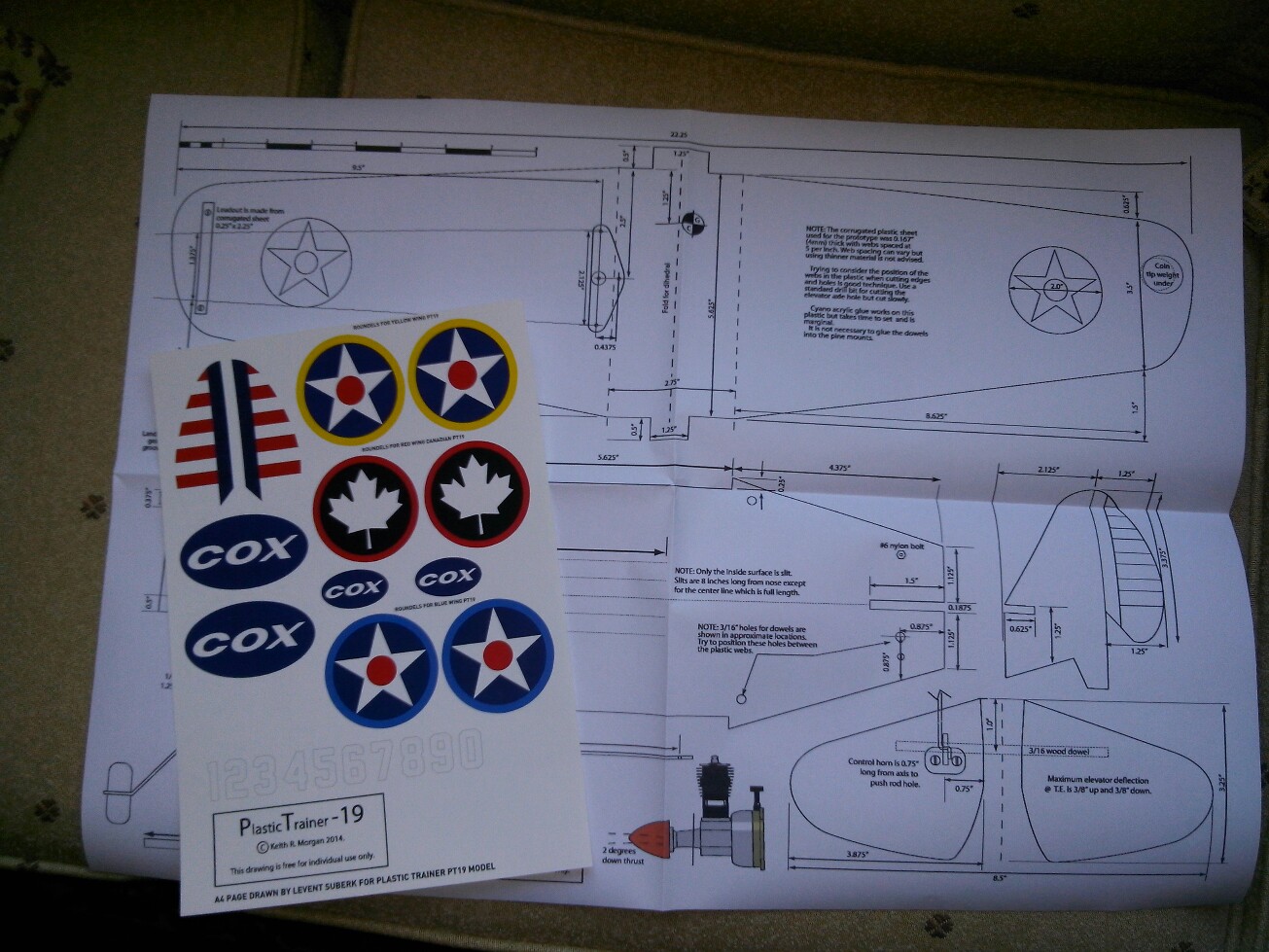