Being a diesel aficionado, I couldn't resist these and traded for them with a Spanish gentleman who is returning to F2B flying.

I had not come across ZOMs before but they were "Made in Spain" over many years from the 60's to perhaps the 90's. I put the "Made in Spain" in inverted commas because it is written in English and not Spanish so they must also have been exported.

Researching these proved a little more difficult than I imagined. Model Engine News had next to no information and, another site I refer to often, J M Rojo threw up an anomaly. All to be expected in pre Interweb days.

The Mk I was originally somewhat of an Oliver Tiger clone.

and the Mk II evolved from this

As I was searching I also came across another member of our site who happens to have a ZOM Mk II and has demonstrated it in a control line plane He happens to be a Spanish gentleman but has not displayed  his control line antics on this site. Yet! More later.

Here are my two ZOMs

This is a ZOM Mk III version B

Now here I have the anomaly. This is a Mk III version C or D. J M Roco's site indicates this as a D but the serial number is prefixed with a C. Then again, it has been engraved by hand but the box clearly has a C written on it.

and the two of them together 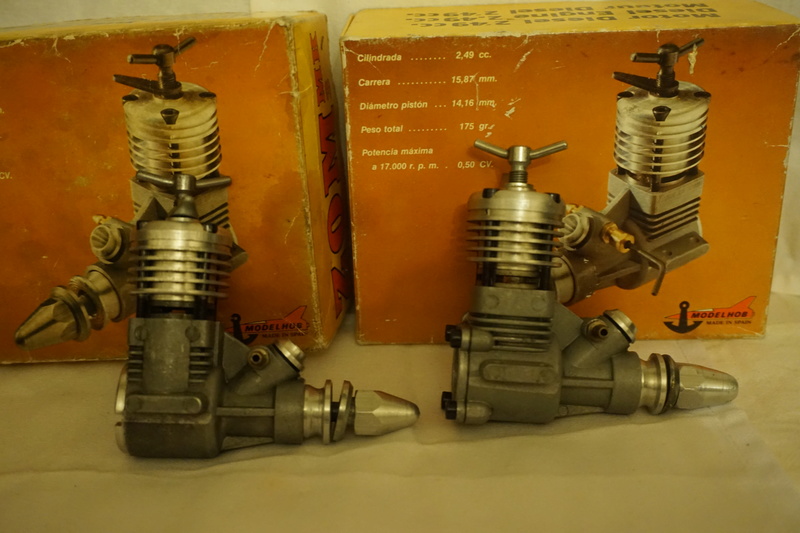 And now for a ZOM MkII. Ignore the MkIII in the title but pay attention to our illustrious flyer.

Hi Ian, you have also spanish diesel engines ZOM, the people said that was a copy of Oliver and Eta, here somebody called OLIETA´s, well there are powerful engines I have five or six, two very earlies NIB, I will post later.

Here other video of my famous Yeyito trainer ZOM powered.

Here I have another ZOM - I believe it is an early Mk II before the removable venturi but "who knows" not much documentation on these.

Hi Ian It is not Mk2, this is early ZOM, I have other NIB, I Will scan papers this weekend.

Ian you can find here in Modelhob Factory web

It is Mk I , congratulaciones !

From that link it looks like a Mk I Series 3

Here all 2,5 diesel ZOM series, completly all, courtesy of my friend Jesús Abellán. 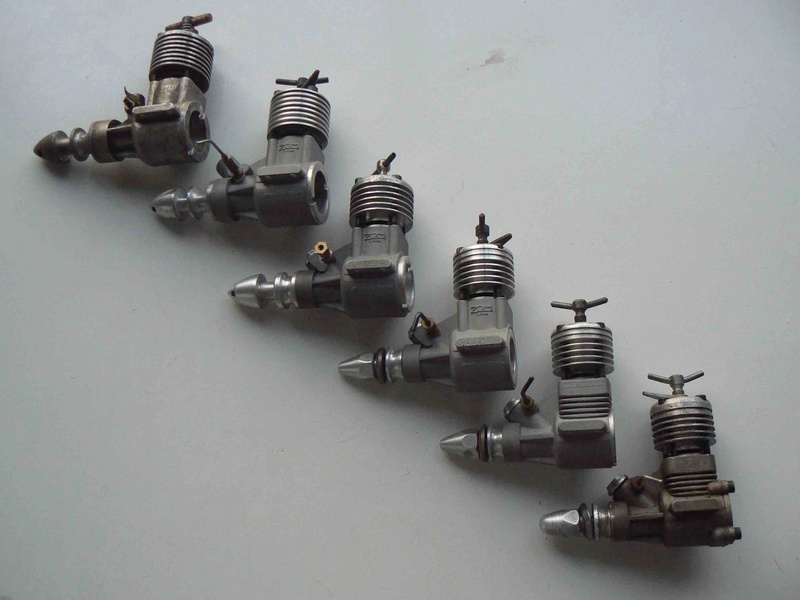 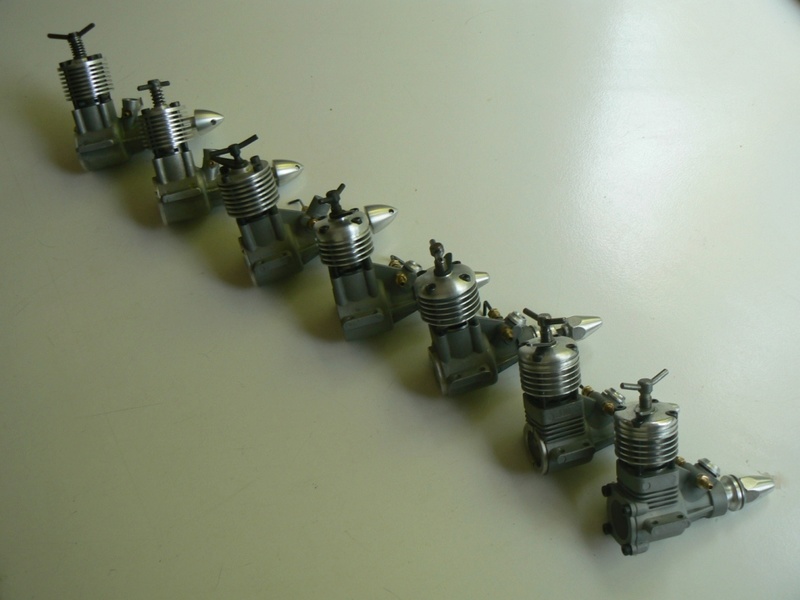 I can load pdf files it is not alloved, tell me your e-mail and I send manual pages. 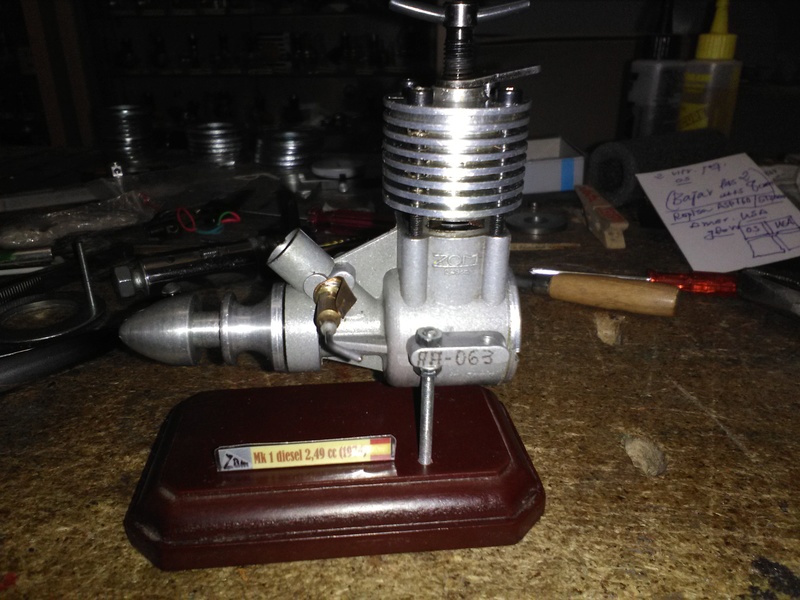 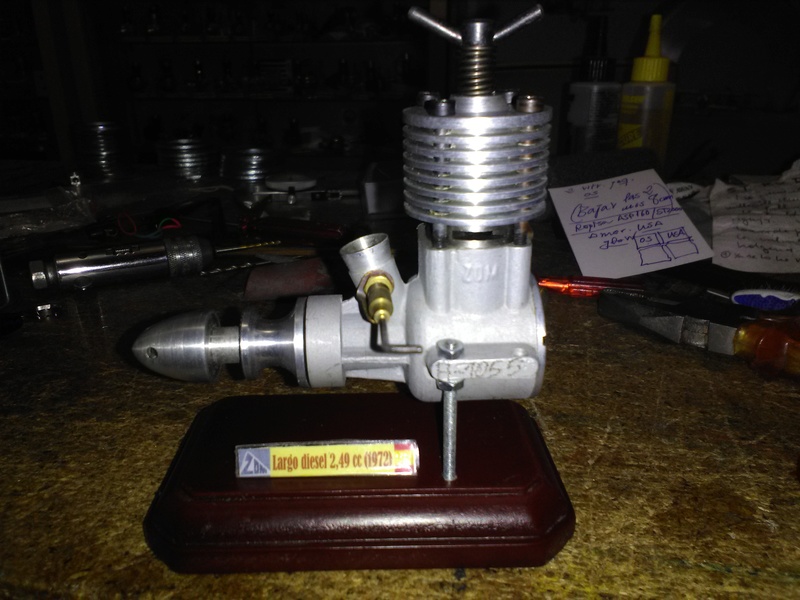 Sorry poor quality phone photos but it is too late

These ZOMs are definitely well made and the Spanish equivalent of the Ollies.

I am always drawn to 2.5 cc (.15) diesels probably because I spent my early years surrounded by them. They were the engine of choice back in the day and good all rounders for sport flying, stunt and combat. (Before anyone could really afford RC!).

This is one of those strange events for me as I had never heard of ZOMs until recently and, from the name, would have passed them by as an East European engine.

I like being corrected and the Modelhob site is another example. I say that there is little documentation and then Jose pops up the excellent Modelhob site!

It may be in Spanish but Google translate works wonders!

It looks like the MK I crankcase (Series 3) passed to the Mk II (Series 1) with the addition of a removable venturi.

The site tells me that quite a few thousand of each MK and Series were made but I don't think many made it to the UK.

Although they have been cast as Oliver Tiger and ETA clones - they are not clones. The design may be similar but no attempt is made to pass them off as the originals.

The Ollies were essentially hand finished and no real attempt at mass production was made. Waiting lists were long (worth the wait though!) and so it is hardly surprising that other manufacturers stepped in with an "equivalent" to meet demand.

Thanks for the PDF files - this is the Mk1

Collecting engines is a severe and deep seated addiction. I can see that Jose suffers from it and when addicts get together the problem escalates.

I'm sorry ... I am not guilty to increase your adiction.

But I can show my Spanish model airplane engine collection 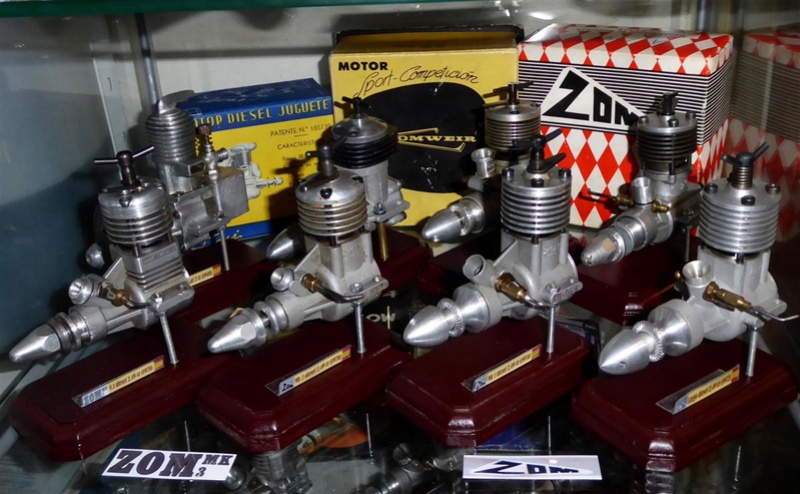 So maybe copy or maybe inspiration.

And now I have a Mk II

I am quite taken by the ZOMs. They may have started life based on Oliver Tigers but the three Mks I have show a progression in build quality - primarily casting quality and refinement.