Donate to Rusty's Memorial Fund
Log in
Search
Latest topics
» RC plane for TeeDee 010 and 020 engines
by balogh Today at 12:04 am

» Around the pole flying
by F4D Phantom II Yesterday at 10:10 pm

» Cylinder Porting
by coxaddict Yesterday at 3:25 am 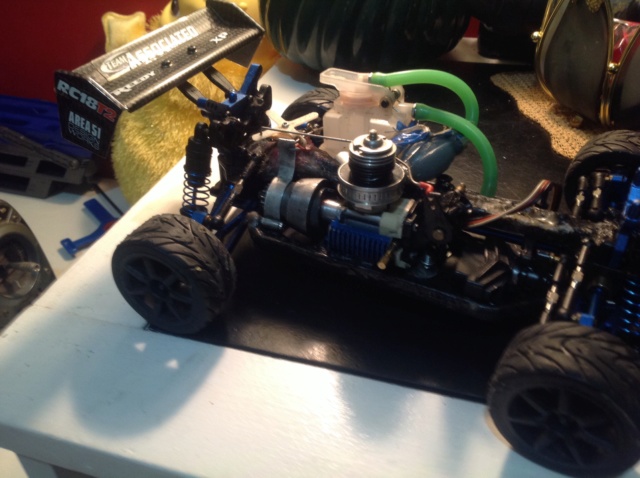 my own desing of same engine

Is that really your name?

I've never seen one of those mufflers, but it sure looks like it would be easy to adapt.

I have and still own a few Enya engines, but can't imagine that 492 muffler suiting any of them? What the heck was it made for?

One of my best friends moved to Phoenix over a year ago. I was planning to visit them last year, but he suddenly passed away. I've always wanted to visit the VSC stunt event held in Tuscon now and that would have been a great trip.

Keep me posted on your engine testing please.

I'm hoping to test the new Bernie back plate mount on one of my Pee Wee engines. The only time I've flown a Pee Wee powered c/l airplane (Scarinzi Queen Bee), I was always wishing for a longer engine run. Now I don't fly anymore, but can at least test the back plate mount with a larger tank.

Bill
Basswood is just a nick name I've had for some time. long story.
I had never seen one of these Enya M492 mufflers before ether. just like the way they looked and figured I would mod one to fit a Cox .049 or Q-B. they do also have larger sizes of available as well. but keep in mind they are made to fit Enya engines so it may take some work to use them on Cox engines. I really think the exhaust is key on these engines as in many cases I've seen it slows down the engine, not good.
Basswood

David
My son in law is into these cars, So I know a little about these cars but not enough to be of much help other than the exhaust is probably key with them too. hopefully we can all learn more about it here with some testing and experiments.
Basswood

Surfer_kris wrote:Those muffler were made for the .049 and .061 engines by Enya: 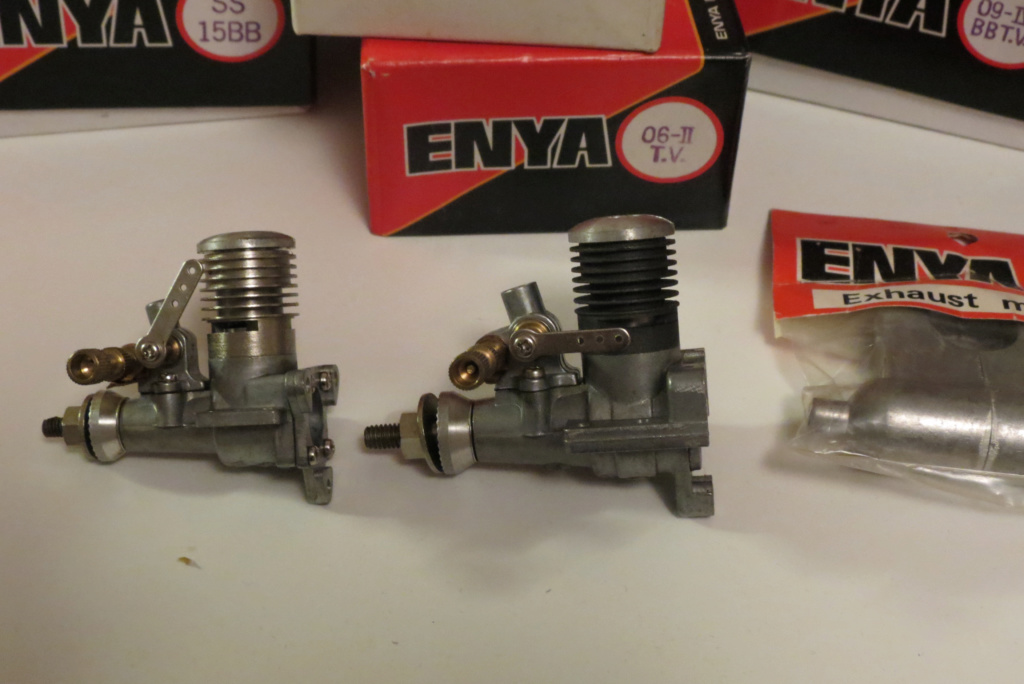 The same design also served the rarely seen Enya 08....AFAIK though-all three engines use the same basic muffler-but with slight differences in the ID of the centre hole-but I've never done a thorough comparison of all three-if anyone has an 08 in their pile, it would be useful to measure the cylinder OD at the exhaust port belt position...

I have never seen the .08 one around here either, I guess it was only made for the internal market in Japan.

From the labels of the mufflers that I have, the .06 and .08 used the same muffler while the .049 had a dedicated (smaller) one. The upper lip on the muffler is made to fit in-between the lowest cooling fins, so that would have to be enlarged for use on the Cox .074 or .09 engines, I guess.

I doubt that the Enya muffler will be very different from the Cox ones though, I think that the circumferential idea is for ease of production mainly (no keyed cylinder threads on the smaller engines) and it doesn't work as well as an exhaust that matches the port orientation. My best (least restrictive) DYI muffler was made to match the ports and it work very well in terms of a low power loss: 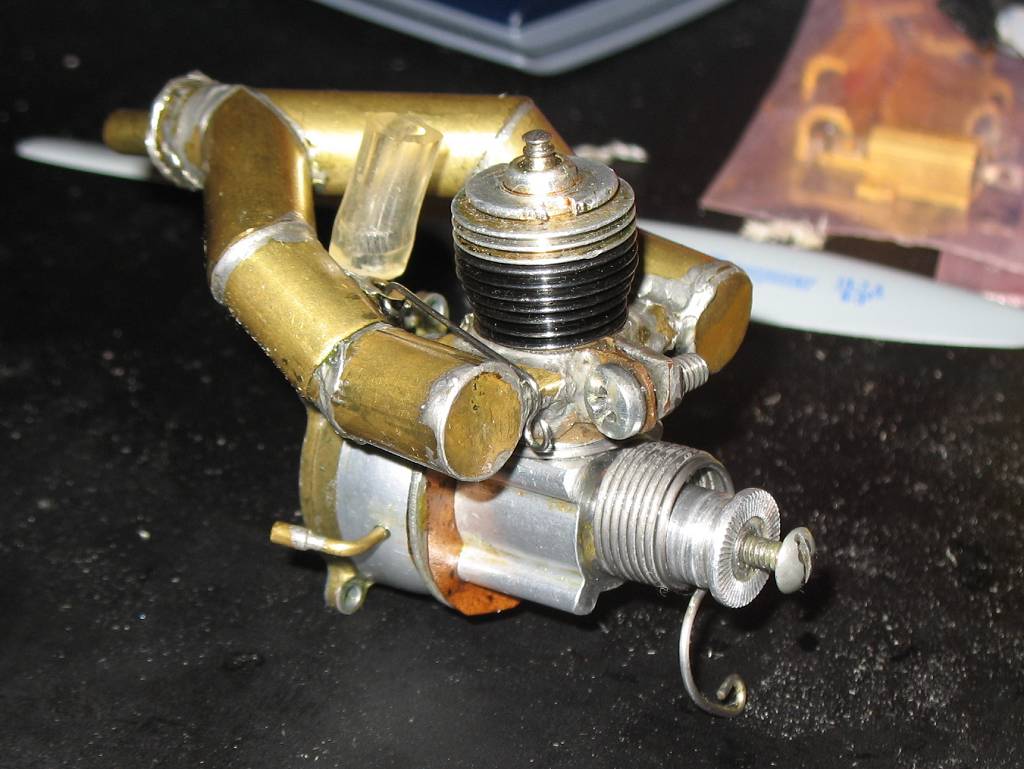