We're less than three months away from the coolest model aviation event in the United States.

With that, I'm proud to announce that we officially have vendor support for the SMALL 30th Anniversary Model Airplane Fly-In.

I would like to thank Cox International and EX Model Engines for their support of this great model aviation event. More details coming soon. 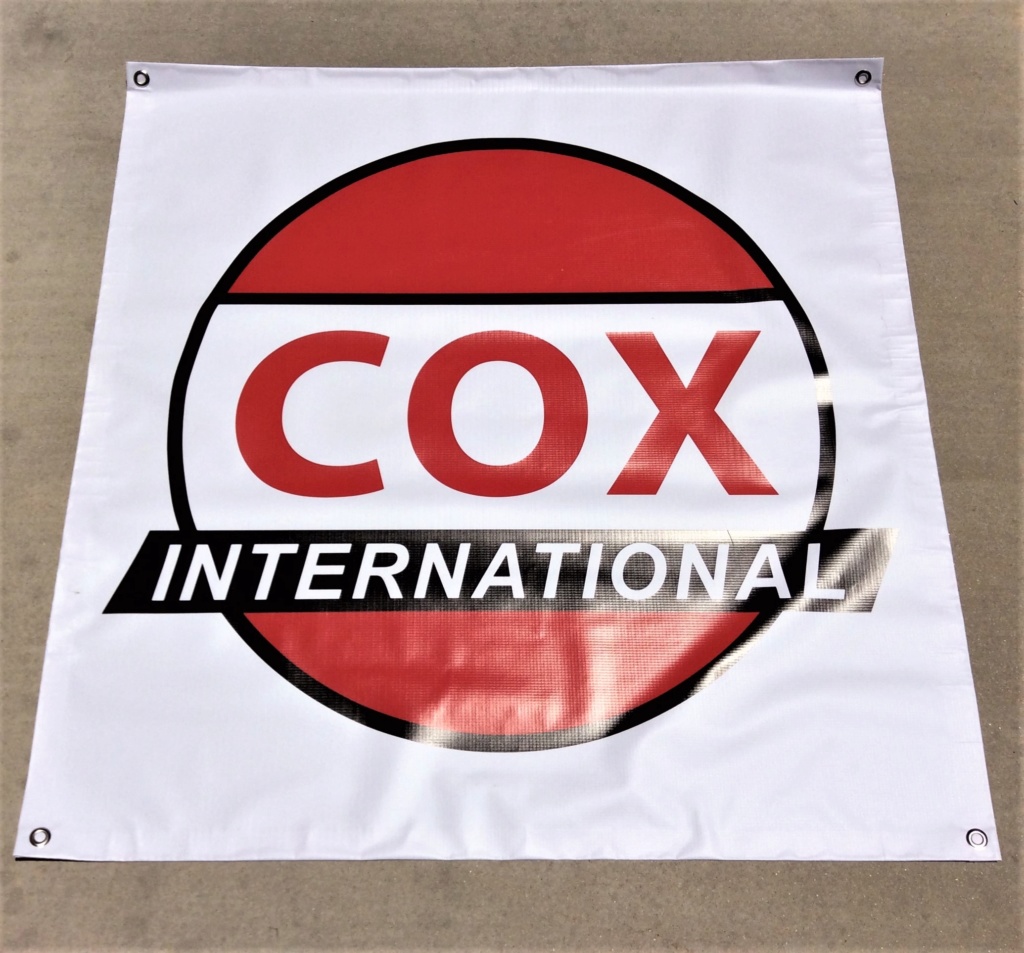 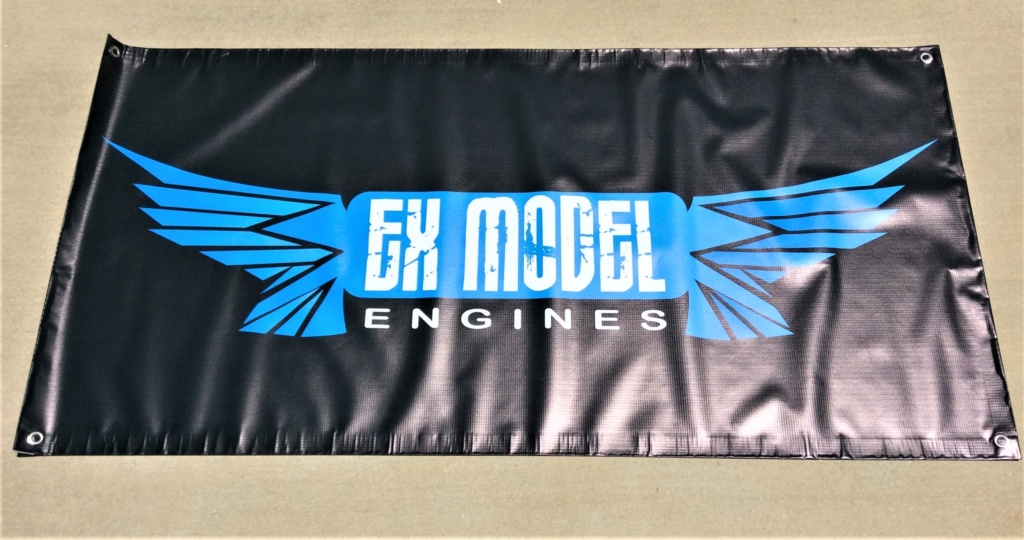 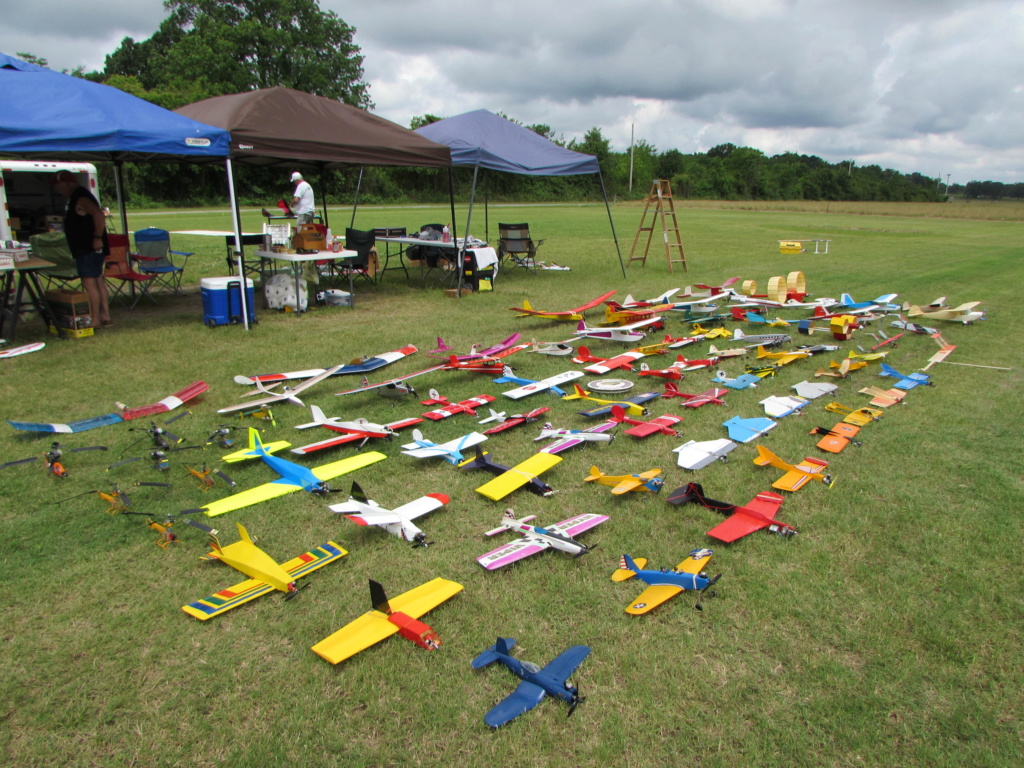 Here's the new batch of balsa models. They will be powered with Cox .010 and Pee Wee .020 w/throttle engines. 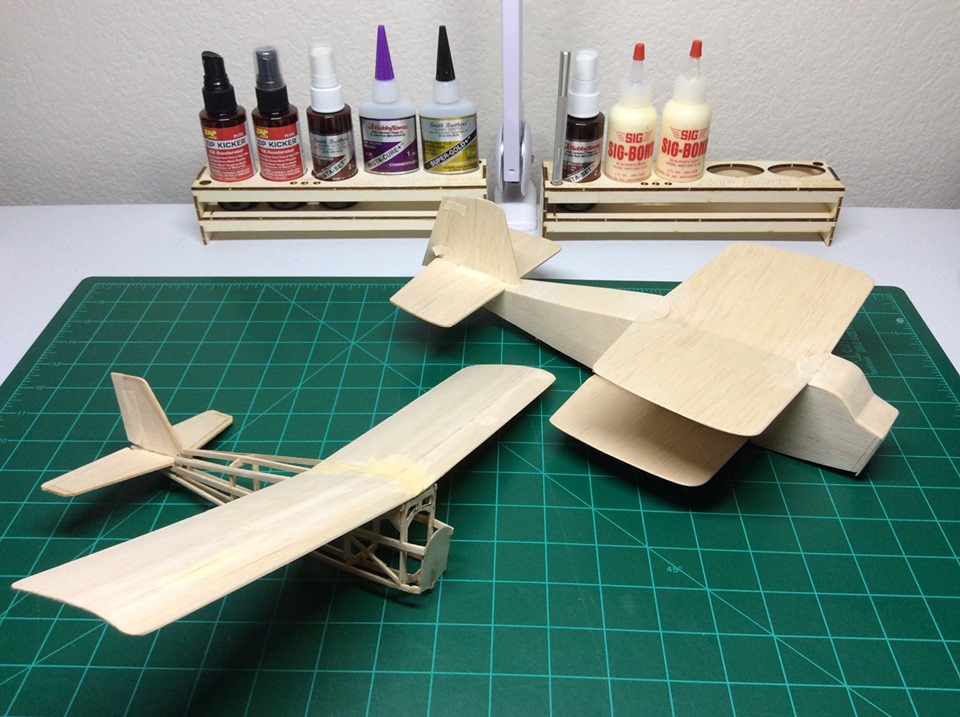 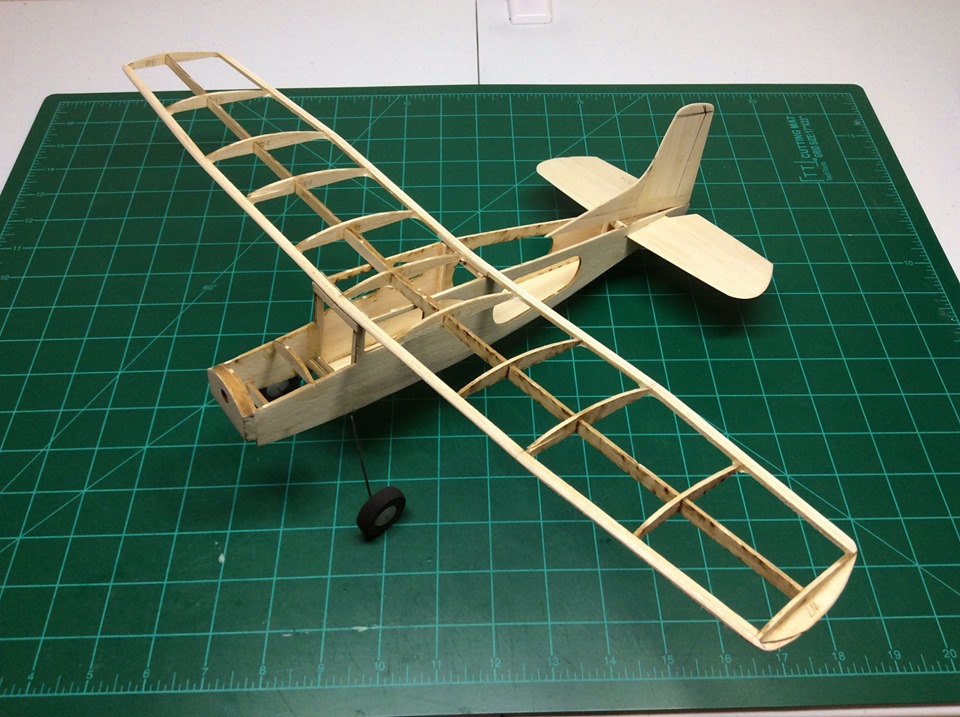 May I ask the name of the bottom hi wing design in your photo? Looks a bit like a Veco tail.

Thanks for the info. Hope to see it when you finish the trimming. Should be cute.

Sounds like a lot of fun... if only I were closer

I'm proud to announce that we have another great SMALL sponsor, Willy Nillies Hobbies & Crafts! This new company is owned by Doug and Becky Hart....and they are 1/2A fans! In fact, Willy Nillies is producing a line of laser cut balsa kits of many classic 1/2A models in smaller sizes (250 grams or less). Willy Nillies will have a vendor booth at SMALL, so please come out and support this exciting new business. We are thrilled to have Doug and Becky joining the SMALL family.

Here's a short message from Doug:
We just launched our kit business and we are focused on only making kits of 250 grams or less. So definitely small planes. I grew up in the 70s/80s and all I flew were half a planes and gliders. One by one, we will recreate all the old Ace kits and others at slightly smaller size.

We just got back from Flite Fest in Ohio. It was the "launch" of our business and were quite pleased with the reception. We took 3 different models and sold well over 100 kits.

The GLH 250 (.020 TD or electric powered) is on the website now and build videos are on the Willy Nillies YouTube Channel (below).

Spent a few hours cleaning and replacing parts on a few Cox engines yesterday. This Cox .010 had a cracked plastic venturi and a well abused glow plug.

Good as new now and ready to be installed on a plane. 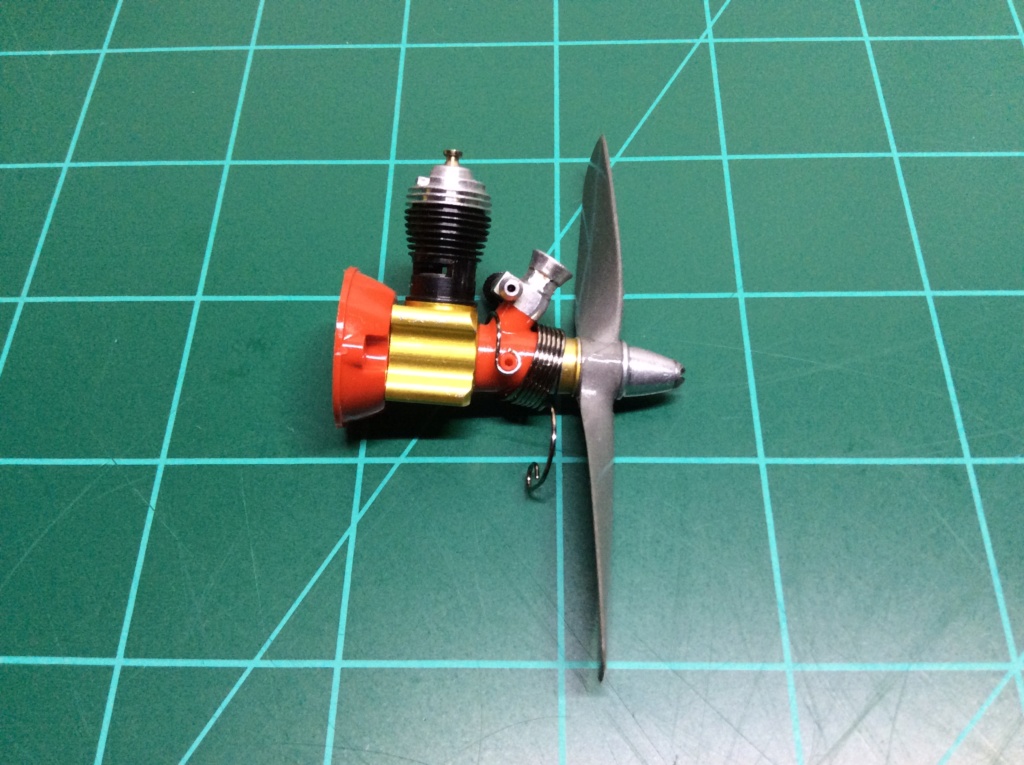 Doug (Willy Nillies) and I are discussing having an informal pylon races at SMALL.

We've had a few in the past with

A few days ago, I realized that our 30th S.M.A.L.L. Fly event will fall right across the 10th Anniversary of Little Traveler's flight for the kids of St. Jude Children's Research Hospital!

On October 10, 2009, the modified Sterling "Minnie Mambo" flew the 15 miles non-stop between my home town of Olmsted, Illinois to my Uncle Wayne's backyard in the remnants of a town called Boaz.  I guided it from the bed of Mike Bloom's pickup truck, with his son-in-law Rory Ruble running the video camera.  A 4 ounce Sullivan tank gave it just a little over 1/2 an hour of flying time, with a couple minutes of circling over Wayne's house before the Cox International "Red Scorpion" .049 ran out it's fuel.

I was able to dead-stick Little Traveler safely into the middle of Wayne's backyard runway, and we all had us a big hoot!

Little Traveler raised some $1600 and change for St. Jude Hospital.

For a while, it was sort of "shrined"...hung from the rafters of my shop...but Hangar Queens really bug me, so it eventually got pilled down, had a servo change and a choke throttle backplate added to it's Red Scorpion engine.  It got to fly "formation" with Troy "Tee Bee"s Minnie at last year's S.M.A.L.L.

It'll once again be making laps (with plenty of loiter time) at Sky Tiger Field!

Only four weeks until SMALL!

My new Willy Nillies fleet is just about ready for SMALL, just two weeks away!

Gonna be a Great One! The van gets totally emptied and vacuumed out early this week then, the load-out begins!

Kim - When are you planning to arrive?

I arrive Saturday the 5th, and hope to start flying Tuesday. Good times ahead!

I arrive Saturday the 5th, and hope to start flying Tuesday. Good times ahead!

You oughta see if you can score a Ringmaster and do a couple turns for the Fly-a-Thon!!!

I'll see what I can do to join in the Ringmaster fun.  Be sure to bring your CG Ranger 42.

@xplaneguy wrote:I'll see what I can do to join in the Ringmaster fun.  Be sure to bring your CG Ranger 42.

Also, I'm gonna try (emphasis on try) to roll out Monday if I'm not too wild-eyed after the Ringmaster Fly-a-Thon on Sunday.

"The Plan" is to get the van and camper totally ready to rock on Friday, chuck the Ringmasters in front for the run to Breezy Hill on Saturday and Sunday, then hook up and roll Monday morning.

Members who have been on this forum for any length of time already know how my "plans" often go, so most of it still waits to be seen !!!

In the meantime, waiting for the sun to drop a little closer to the horizon before resuming the load-out. 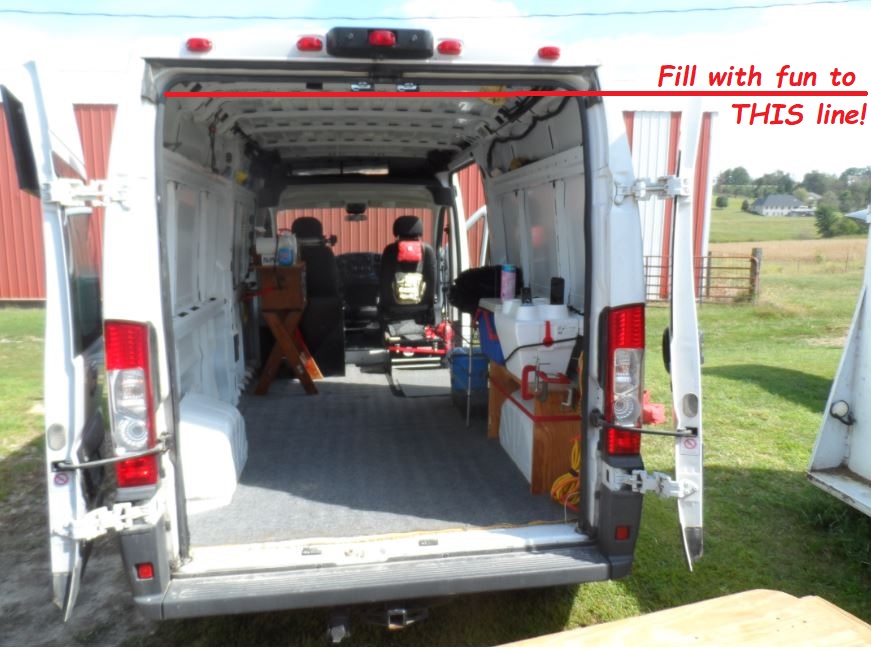 I'm packing the toys to ship out this afternoon. Just finished these two. 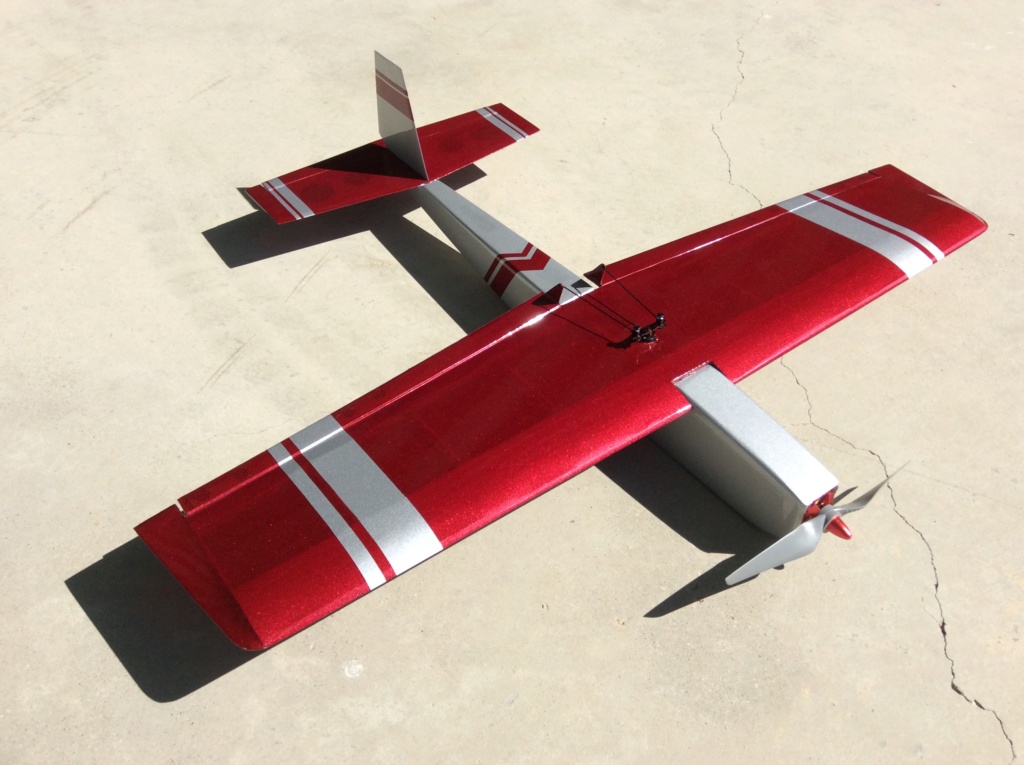 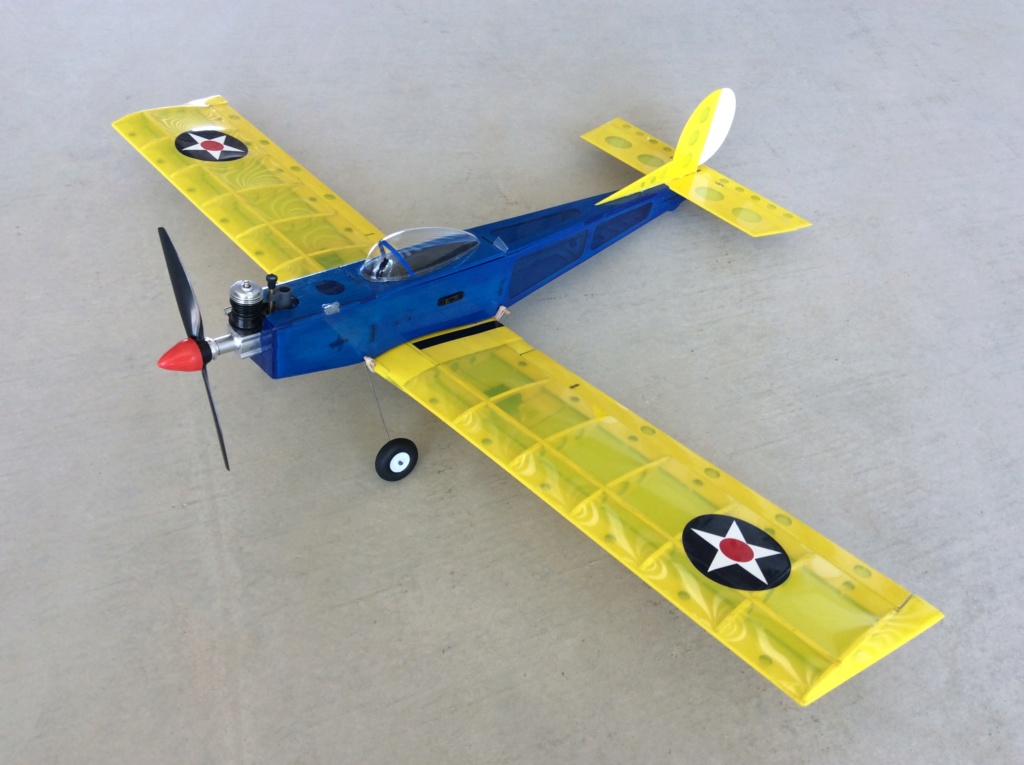 I arrived in Little Rock yesterday. The field looks amazing!

Awright!!! So it begins!!! Looks like the rains have left and will allow me a nice day to empty out the van, then fill it back up.