Well, a snake and a bear.

6 am and I'm letting Spike the dog out the front door and started breakfast. Looked out the window and noticed a black bear loping along in the back yard. Ran out and grabbed old blind Spike secured him and went out on the back deck. Bear about 50 feet away turned and looked at me, then trotted off. They are frequent visitors usually emptying then trashing the bird feeders.

Last week I'm in the garage when I see this snakes tail under some boxes. Pulled the box out and the little fella had got himself stuck in some packing tape. So I got out a box cutter and brought him and the box down to the culvert and cut him loose or tried to as he was stuck to the tape. Grabbed his tail and gently pulled him loose and he corkscrewed off into the grass. 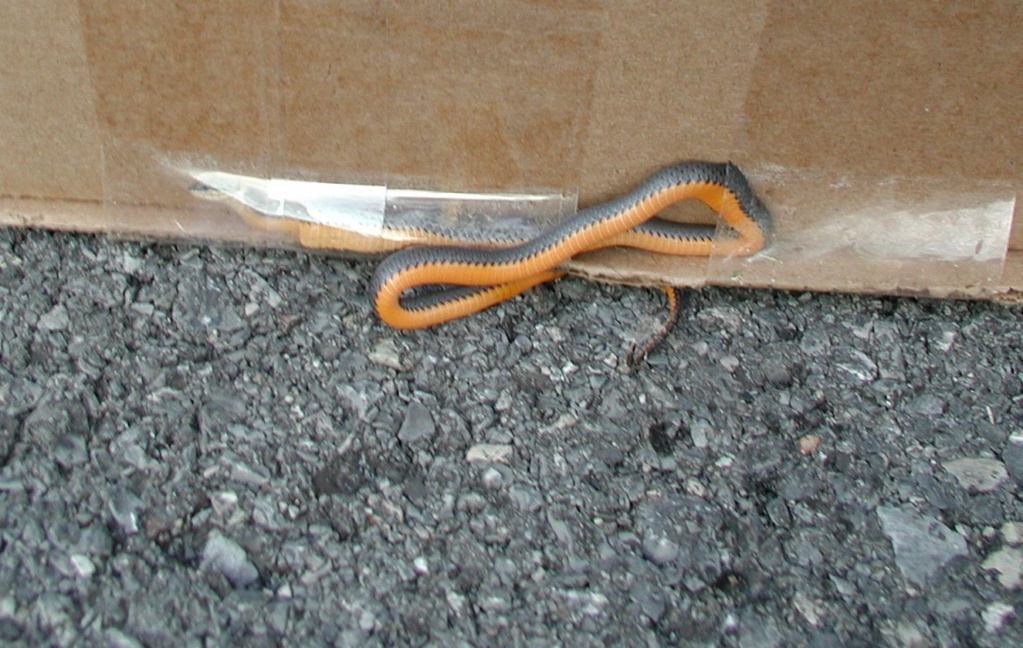 Black snake, keeps the mouse population down. Baby Copperhead would not have been so lucky.

West Virginia - "Wild and Wonderful" says so right on our license plates.

Yup, that’s a “nope rope” to most people!  I can’t tell for sure with the tape blurring the head and neck, but it looks like a Ringed Neck snake to me.  Dark grey with bright orange underside. Glad you safely released it back where it belongs. I appreciate reptiles and  amphibians as much as cats and dogs. They have their place in nature and rarely cause humans harm. 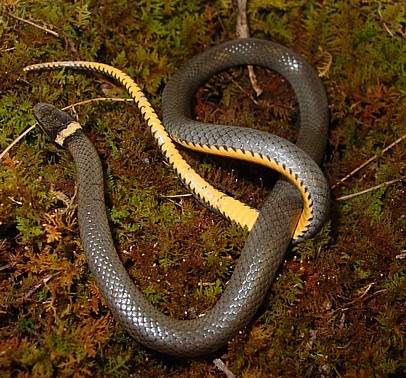 Yes, Nope it's not a rope Rene.

Sure looks like one though and good to remember when walking in the woods.

This one had the yellow ring too, although I have seen them red.

Copperheads and Black snakes are all I have ever seen here in WV.  Florida is much more diverse.  Racers, Pigmy rattlers, Eastern Diamond backs, Rat snakes,  Scarlet snakes, Coral snakes, and Water moccasins saw them all down there.  Every one in my back yard.

I was actually digging up buried rope when a Scarlet snake slithered across my shoe.  Red touch yellow kill a fellow, red touch black friend to Jack flashed through my mind. 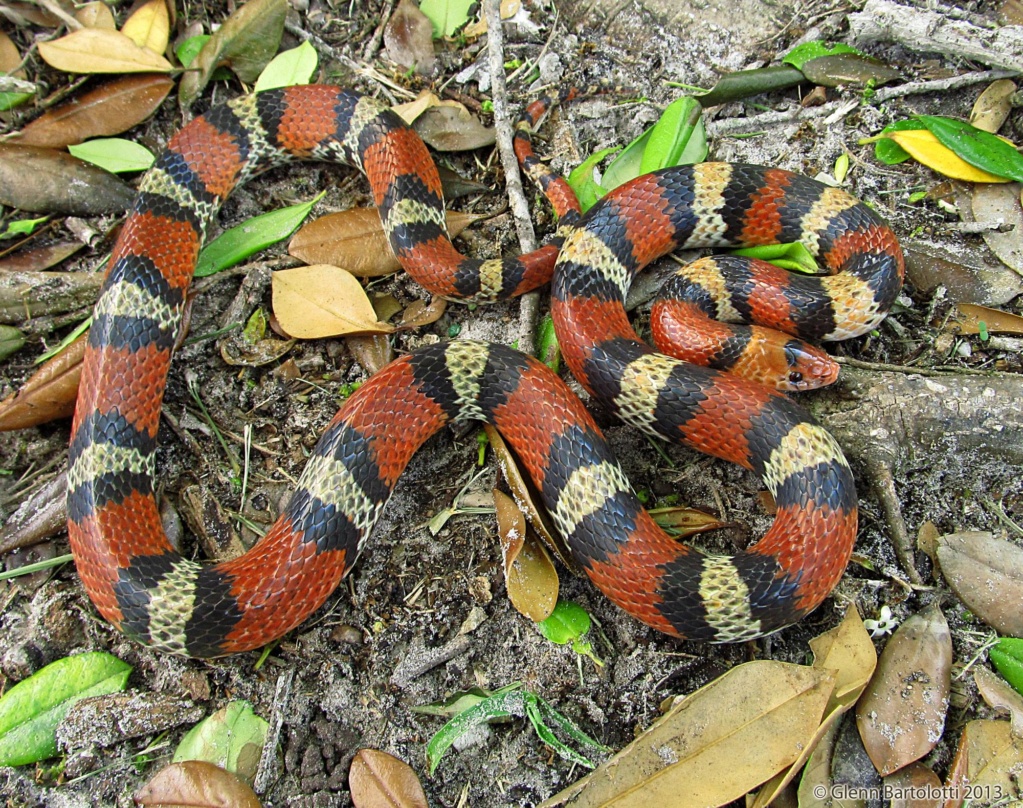 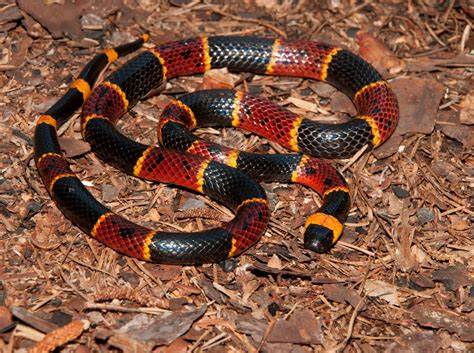 I quickly checked for the black nose of a Coral snake.

Have only seen blk. here SO far damn moles suck

for what its worth

Have only seen blk. here SO far damn moles suck

for what its worth

Mamma mole stuck her head up out of the ground and exclaimed "I smell blueberries", Daddy mole followed with "I smell oranges" lastly Baby Mole popped out and in dismay said "I smell molasses". Oldie but a goodie.

It's getting to be Yellowstone all over here.

Second Bear sighting within a week, this one too involving Spike. Let him out the front door just when a C5 was flying over at near tree top level on one of his frequent visits. Training flights I imagine. Went over to pick Spike up, he's blind you know, when this smallish brown bear crossed the road in front of me without noticing. Maybe the sound of the C5 distracted it. Don't know. 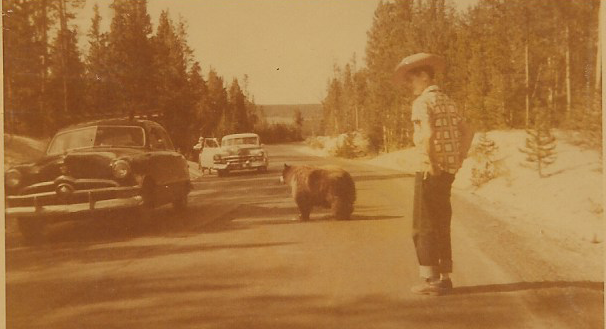 @rsv1cox wrote:I was actually digging up buried rope when a Scarlet snake slithered across my shoe.  Red touch yellow kill a fellow, red touch black friend to Jack flashed through my mind.

I quickly checked for the black nose of a Coral snake.

Yeah, I always look too. The way I learned it was, "Red touch yellow, kill a fellow. Red touch black, venom lack." 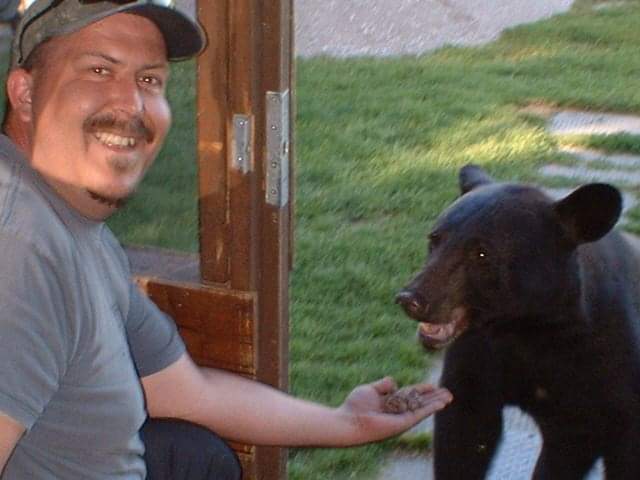 I am very pleased to see some snake lovers on here. In my area most people kill before taking stock of what they are doing. We have 3 poisonous snakes where I am and they are not prevalent. Unfortunately every snake becomes poisonous out of fear and a lot of really important species get done in.

I enjoy my snakes and welcome them in and around my property. I will kill a copperhead or a moccasin if required the rest have a free run of my property.

Any snakes around our parts are deadly. None of these wimpy colourful harmless types out here. Grew up on a farm and my dad always taught us the only good snake was a dead snake. That's 'cos with Tiger snakes, Copper heads, Black snakes, ya gotta get them before they get you. I can see that pythons and the like are pretty much harmless, but they still make my skin crawl. Got too close to too many snakes in my younger days. Hay season/harvest always threw in a few scary moments. Several times we managed to squish a snake into a hay bale. Gives you a bit of a fright when you go to load the bale. Also, as kids, it was our job to run around and straighten up the bales for the loader on the truck following. Was pretty common to shift a bale and find a snake hiding underneath. My sister (at about 12) stood on one once. That feeling of shock never leaves you.

I with Ron , but i was taught if it had a diamond shape head it was posiniss . Don't know the color thing and to bee honest never heard it till now , but thats cool i learn me something .

Must bee some Aussies around here cause some people say the same thin Rod (only good snake is a dead snake) We do need them though!

Second Bear sighting within a week, this one too involving Spike.  Let him out the front door just when a C5 was flying over at near tree top level on one of his frequent visits.  Training flights I imagine.  Went over to pick Spike up, he's blind you know, when this smallish brown bear crossed the road in front of me without noticing.  Maybe the sound of the C5 distracted it.  Don't know.

Looks like a "49" Ford/Merc. there in that roadside photo...

I have had to relocate snakes on ocassion. Most snakes in Ohio are harmless....but not all. I get black racers, garter, and tiny worm snakes often enough. I like them overall. There are also copperheads and two types of rattlers, but I have never encountered them on my property.

If a snake is on the move with authority they are not going to attack if you leave them alone. It is when they are mostly stationary there may be a problem.

Second Bear sighting within a week, this one too involving Spike.  Let him out the front door just when a C5 was flying over at near tree top level on one of his frequent visits.  Training flights I imagine.  Went over to pick Spike up, he's blind you know, when this smallish brown bear crossed the road in front of me without noticing.  Maybe the sound of the C5 distracted it.  Don't know.

Australia has the worlds mostly deadly snakes. Spiders too.   Lot's of programming about them on the Discovery channel.

Chancey, are you sure that's not one of those department store bears. ?????

Looks like mother nature is recapturing my country Hungary as well: until about 5 years ago wolves and bear had been extinct here. Nowadays more and more wolf pack sightings are reported in our Northern "mountains" (peak elevation about 3000 feet) and bears are also wandering into Hungary  accross our border with Slovakia. Our Eastern neighbor Roumania reports  frequent bear attacks on humans and cattle and authorities have lifted hunting bans. As we change the ecosystem here these poor animals are exiled from their habitat and they desperately try to find food in dangerous vicinity to our quarters.

Correct, and I'm still going to stay mighty wary of them. I'm not going to hang around working out which one's dagerous and which one's friendly. Davenz has it good. No snakes in New Zealand at all, friendly or nasty.

We do have a Cox connection with one of our most common nasties. Our very common and toxic Red Back Spider is what you probably know as a Black Widow. Hey, maybe Bernie could do a special run of Red Back engines??

Have been reading posts but unable to comment due to infected hand which swelled up on Friday and ended up looking like a boxing glove with fingers. Trip to the doc’s for some anti-biotics and a couple of days rest and it’s slowing returning to normal.

We do have a couple of snakes considered native to New Zealand but only due to a technicality.
Here’s an excerpt from the Dept of Conservation

Though sea snakes and kraits are occasional visitors to New Zealand’s waters, they are considered a native species under the Wildlife Act 1953. This is because they arrive here naturally from time to time on ocean currents (rather than by human transportation).
It is therefore illegal to kill or harass a sea snake, or possess one or any part of one without a permit.
Sea snakes and kraits are highly venomous but, as they are docile creatures, there is no record of anyone in New Zealand being bitten. Nevertheless, if you find a sea snake or krait keep well away and call 0800 DOC HOT.

Unlike sea snakes, sea kraits spend part of their time on land, drinking fresh water and laying their eggs there.
Two species of sea krait occasionally visit New Zealand waters – the banded sea krait and Saint Giron’s sea krait.
They are likely to be accidental visitors as New Zealand is outside their normal (tropical) range. They are found abundantly in the reef systems around Papua New Guinea and New Caledonia, and their usual prey is eels. 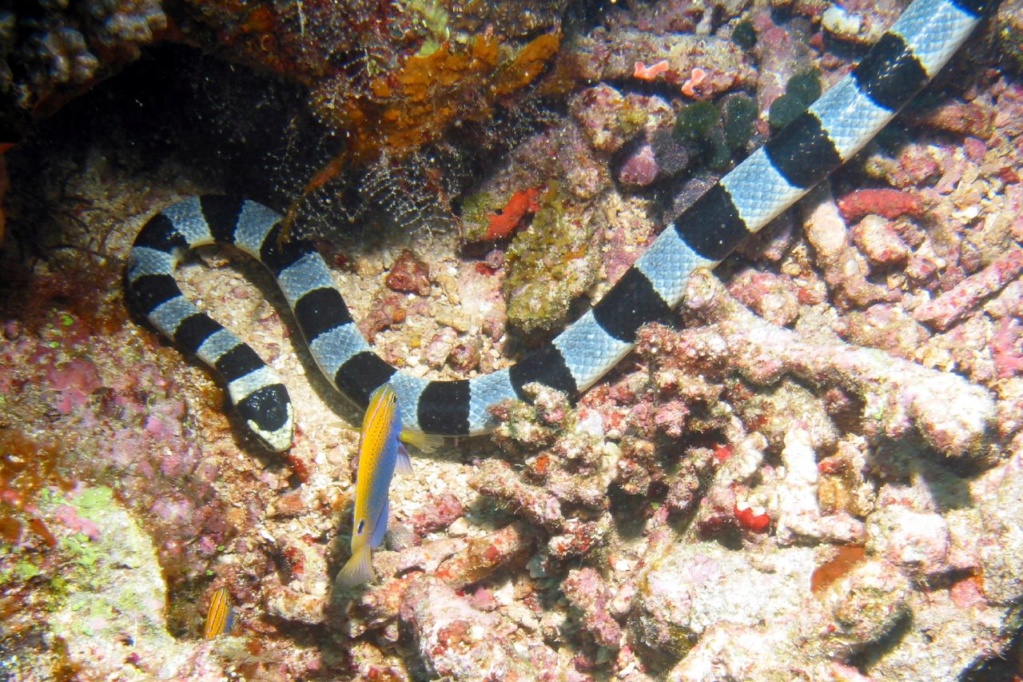 When I was doing a lot of diving up North back in the eighties, I was warned about them and told to give any of them a wide berth. No argument from me. Never saw any though.
Had just got out of the water once and was taking my tank off when about an 8ft Hammerhead swam alongside the boat checking it out. shiver

I bet I have learned more on CEF since I became a member than any other source of stuff I surf around on...

That's some interesting stuff about the snakes you do have there

@Oldenginerod wrote:
No snakes in New Zealand at all, friendly or nasty.

Well in the water doesn't count