It seems that Ted has retired, and who ever has been running OK Engines in the mean time has decided to close for good. This is from the MECA site, as stated by Dan Cencer, their Secretary / Treasurer. OK Engines, will be closing it's doors for good on February 28, 2020. I went to OK Engines site and found nothing posted, except that Ted has since retired from OK Engines. Their latest catalog is still posted in pdf format to down load with prices. Could very well be the last chance for parts that are left. Eddy

It is all part of a bygone era. Even the Chinese engines which were one time a plenty that was undercutting competition with other brands are all gone.

So are factory new engines still available from them? I noticed the catalogue page says "send $2 SASE to receive a free copy by email."

They stopped production in early 60's (c.'64) every new engine sold since then was assembled from parts made then, some fit well some not so much. You can always find 'em on eBay. Here's a pair of .049A that still have a coating of cosmoline (?) on them, had for years, got 'em from a collector who had 'em for years. 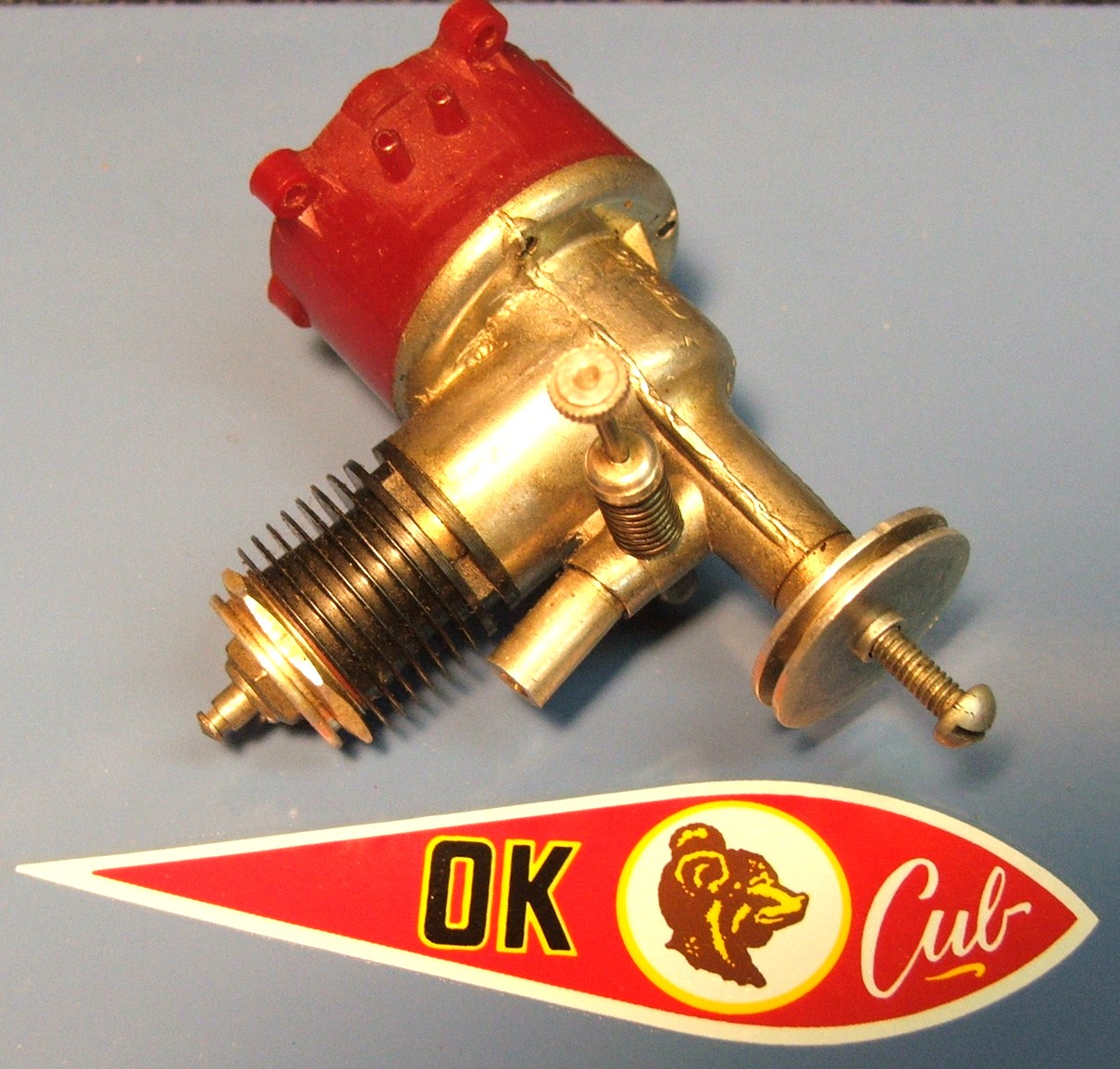 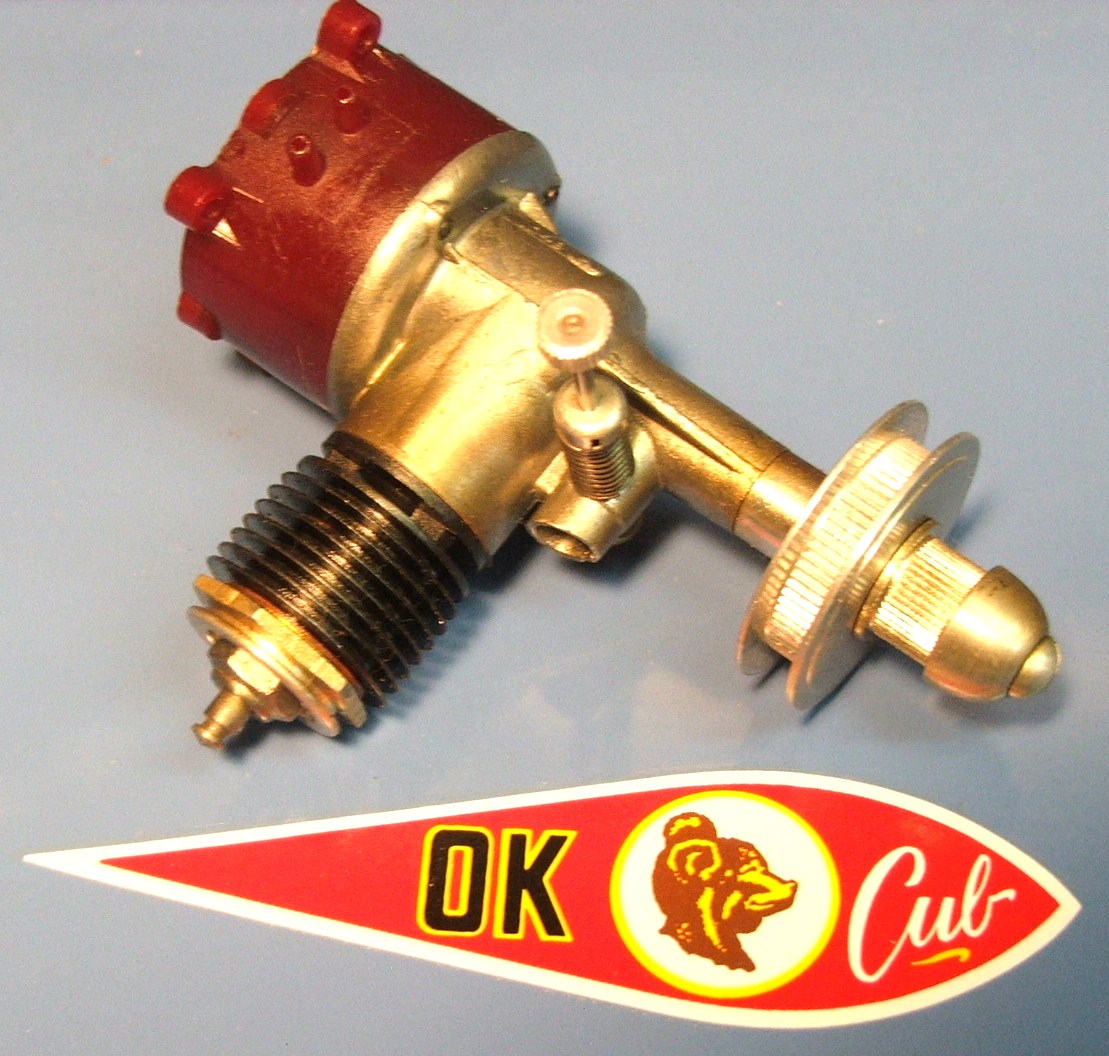 I'm gonna have to call Ted and get a final order in.TJ

Ted responded to my E-mail he is closing for good Feb 28th so if you want something now is the time.TJ

@YakNine wrote:Ted responded to my E-mail he is closing for good Feb 28th so if you want something now is the time.TJ

Is that the company's closing or Ted's involvement is finishing?

I'd be curious to know if they're disposing of all stock of engine stuff and just focussing on their Streamliners, or maybe shutting up the whole operation.

I have emails from Ted going back 5-6 years saying they were finishing up "by the end of the year". It's great that Ted has remained well enough to continue for longer than planned, but it sounds as though he may not have a succession plan.

Let's hope that someone can pick up all their stock & tooling and we can keep the Cubs going for a while longer yet.

He said engines and parts until the 28th and then the rail cars shortly after, he didn't indicate anything about the future after that. TJ

So how.much for a fresh from factory .049 Cub? I'm just curious.

I got one last year with the glowhead upgrade for $30.00 TJ

Does he only do order through catalog / or is there an online cat. ?

@getback wrote:Does he only do order through catalog / or is there an online cat. ?

Just request an email catalogue and then list what you want in an email. No on-line order forms that I know of.

Well for some reason all i can get is the train cat. unless i need to contact them? and pay the 2.00 $

Well for some reason all i can get is the train cat. unless i need to contact them? and pay the 2.00 $

No need for the $2. That's just for the printed one posted to you. Just email them and ask for the email version.

I could imagine that they'll be rather busy following this announcement.

I think this time he's gonna do it and retire I think he's come close in the past . TJ

I did email them after reading it a couple times it finally sunk in DUH! Thanks , and i would imagine they will bee busy . I may have a question or two not knowing that much about these engines , but would like to purchase a couple .

I don't know just what the cost might be for someone to buy out all that's left, but it does seem a shame to send it all to a metal scrap yard. I don't think much money could be made over time for someone with the desire to keep it afloat. Some in this hobby do have the means to save and run as a side line, like MECOA maybe, I just hate to see this really go, just saying.

Can't say if it would be worth or not, because one has to stay in business, and sometimes nostalgia is an insufficient reason. But it would be nice if one of the regular engine parts sellers, Cox International, Ex Model Engines, shtterman on E-Bay, etc. was able to take over the parts stash and make available to engine lovers.

A lot of the guys in my club are going electric, I'm probably going to build an electric Jr. Lightning Streak because the flying field a few miles from my new place is electric only on Sunday. I have seen some great flights flown on E-power but I prefer IC and always will, but I think except for nostalgia flyer's Electric is taking over. That is something to consider before going into the model engine business. As long as I can get fuel & glow plugs I'm gonna keep going ! But to try and take over a business like this would have to be a labor of love. ASP probably made more engines than anyone over the last few years and they went belly up, probably a very rough time to be in the little engine business. TJ

II wunder if MECOA intends to buy the tooling and parts

@GallopingGhostler wrote:Can't say if it would be worth or not, because one has to stay in business, and sometimes nostalgia is an insufficient reason. .................

True words, indeed. The market for small IC engines is a nostalgia market. The new entrants into the hobby today are not interested in putting up with the mechanical shenanigans presented by the IC engine nor are they equipped to deal with them. For them, clean, instant and quiet power matches their lifestyle.

Let's face it, looking at the ages of the posters on this forum, as morbid as it sounds, the small engine market is dying out.

@andrew wrote:Let's face it, looking at the ages of the posters on this forum, as morbid as it sounds, the small engine market is dying out.

Yup, I know what you mean. I am now 65 going on 66. We've already had a few pass who used to frequent this forum.

To give an example of the advantages of electric, take for example the humble Carl Goldberg 37" Jr. Skylark twin. It was originally designed for 2 - .010 Tee Dee's gracing the wing's engine nacelles.

2 small electric outrunners of about the same diameter of the engine mount bulkheads would look very appropriate refitting those exposed engine nacelles, plus provide extremely sparkling single channel rudder with throttle response due to their higher power than the Tee Dees. Plus, to counteract prop torque, one could be set up to rotate the opposite direction. Then, one could get fancy if he wanted and have differential throttle for some interesting aerobatics. And of course if wanted one could add elevator (although I love the performance of rudder only.)

But, nostalgia is having its toll on E-Bay, as I have noticed the prices escalating on engines that I used to buy for a song. But at some 70+ engines, I really don't need to invest in any more as I have enough Coxes. The 3 OK Cubs I have is more than enough for me. One, a new .059 tank reedie is for my Scientific 18" sort of standoff scale C/L Hellcat. I've been dragging my feet on it a little as it still sits along with my framed near ready for covering 46" Berkeley Impulse single channel R/C trainer / pylon racer (if you can believe they did R/O pylon racing in the late 1950's).

Agree with what those have said with overarching themes about the hobby as a whole. I cannot speak for other vendors, but we have to be extremely careful where we allocate our limited capital.

Well i made an order , couldnt get the PDF? file to open even after download of newest version . 2 .049s one tanked one not 1 .024 and a couple glow heads with it . we will see