Wow..Seeing that ring spanner on the cylinder without a soft liner is like having a tooth filled without anaesthesia

I think a leather belt wound on the cylinder fins will do.. 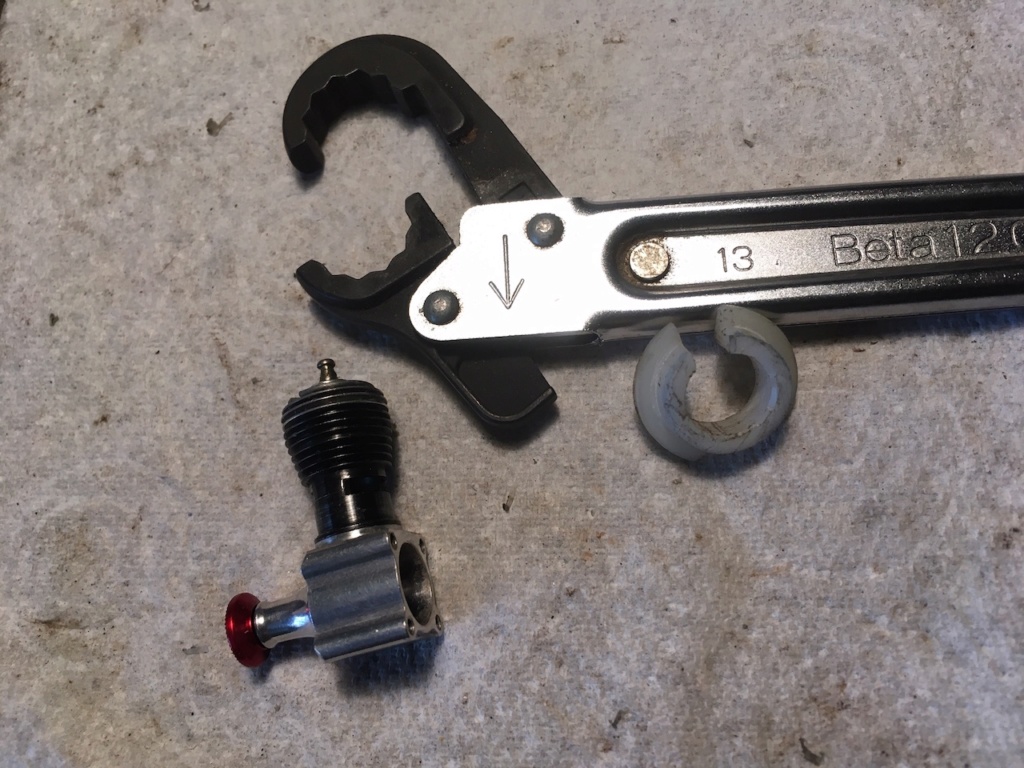 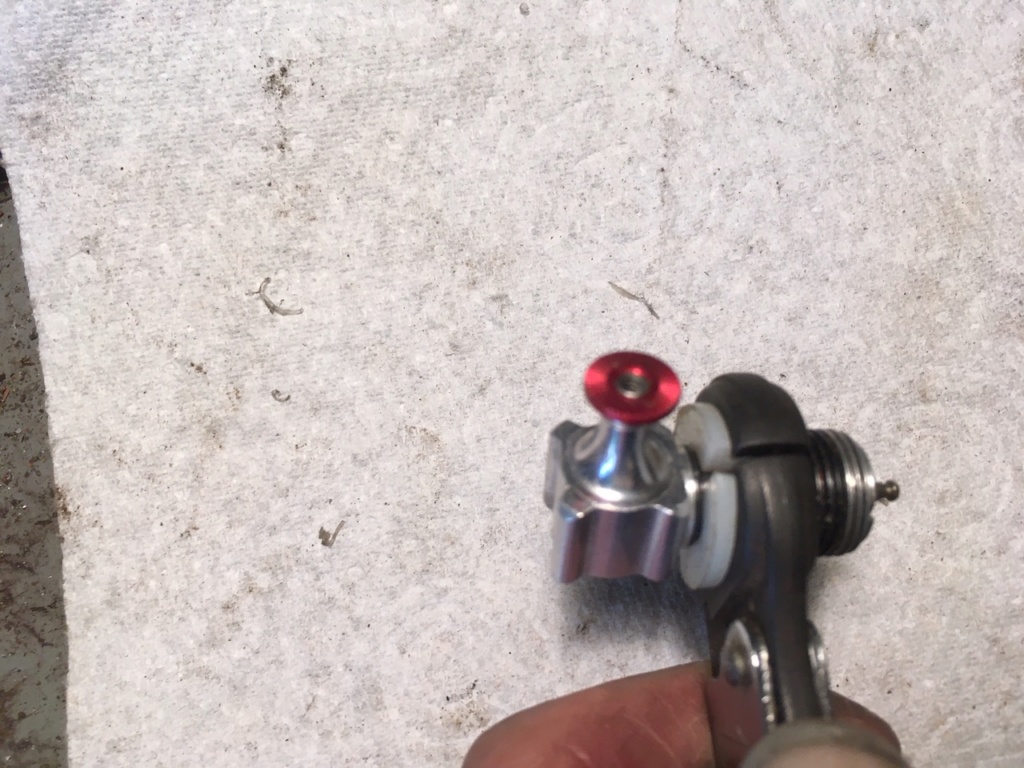 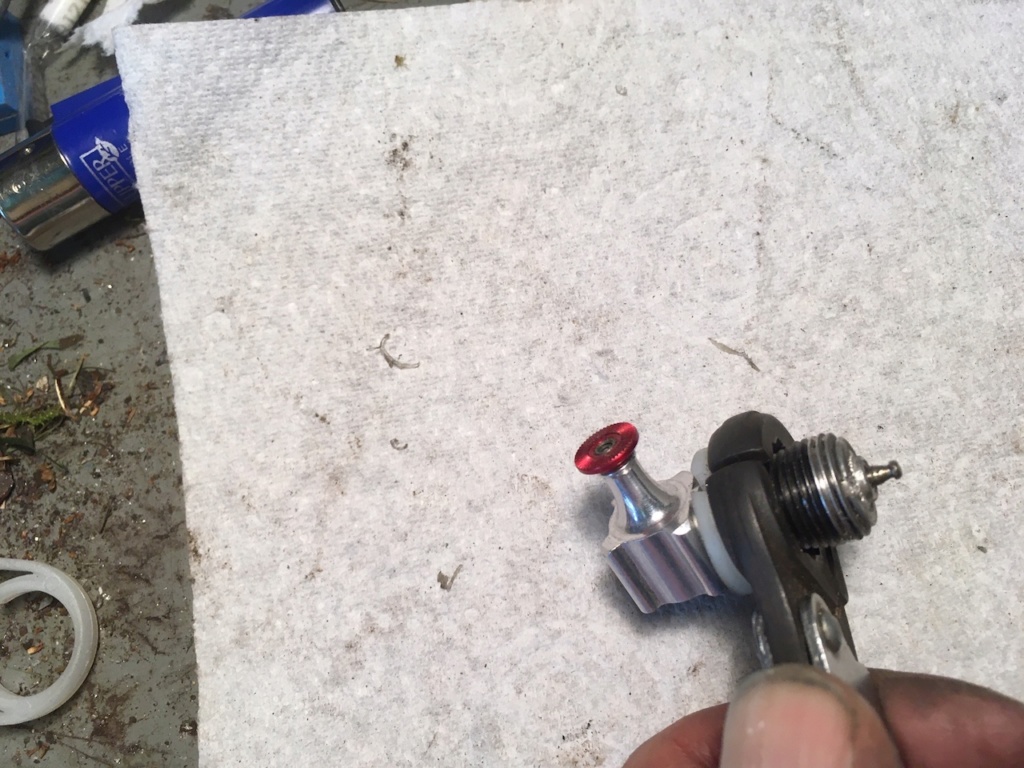 Hi Daligh, what is the material of this ring shaped part?

It is a nylon bush from a VW Golf Mk2 gear change linkage.

P.S. My given name is Dave.

And, Dave, does it work on the COX cylinder?

@balogh wrote:And, Dave, does it work on the COX cylinder?

Yes it works well. But, a softer material than nylon might be better. The nylon does eventually slide around the cylinder.
As a test I tightened the head as tight as possible with the pin spanner then removed it and the cylinder stayed in place.

Dave, just around the time or a bit before you joined CEF there was a thread about whether members here would like to save their incognito, and while some of us felt it more cordial to address each other by our given names, the final consensus seems to have prevailed to use our nicknames here for privacy reasons(?).

I respect that consensus but do not really get bothered by being addressed as Andras. I see you think the same way?

I respect that consensus but do not really get bothered by being addressed as Andras. I see you think the same way?

Quite right Andras. I have nothing to hide and can not see any problem with everyone knowing my given name.

Perhaps those who are concerned could PM me explaining WHY!?

Well I guess my internet handle kinda gives my name away

Received this today!
13 days from Canada is brilliant.
Thanks Bernie.

Mind you I am too excited to open it this evening! 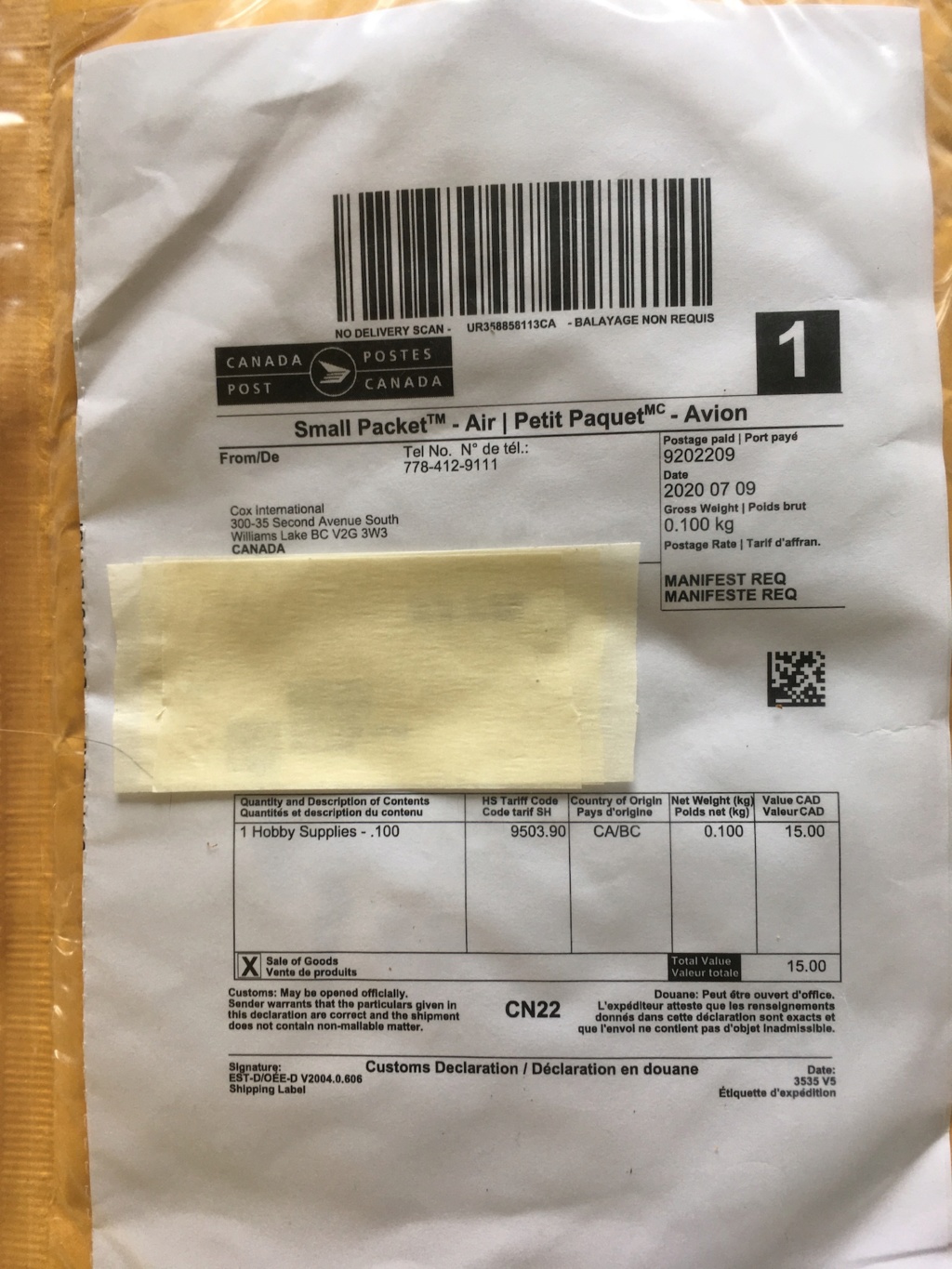 Well I have opened all of my packages and also bought some Pee Wee on eBay!

The new stuff is outside the box. 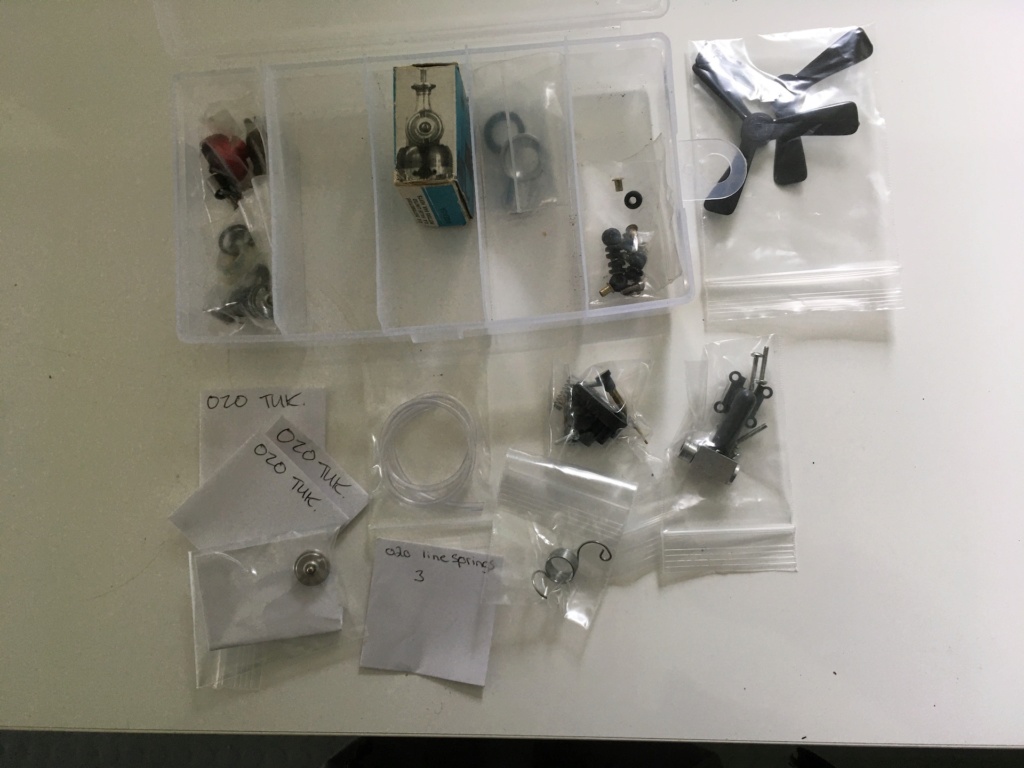 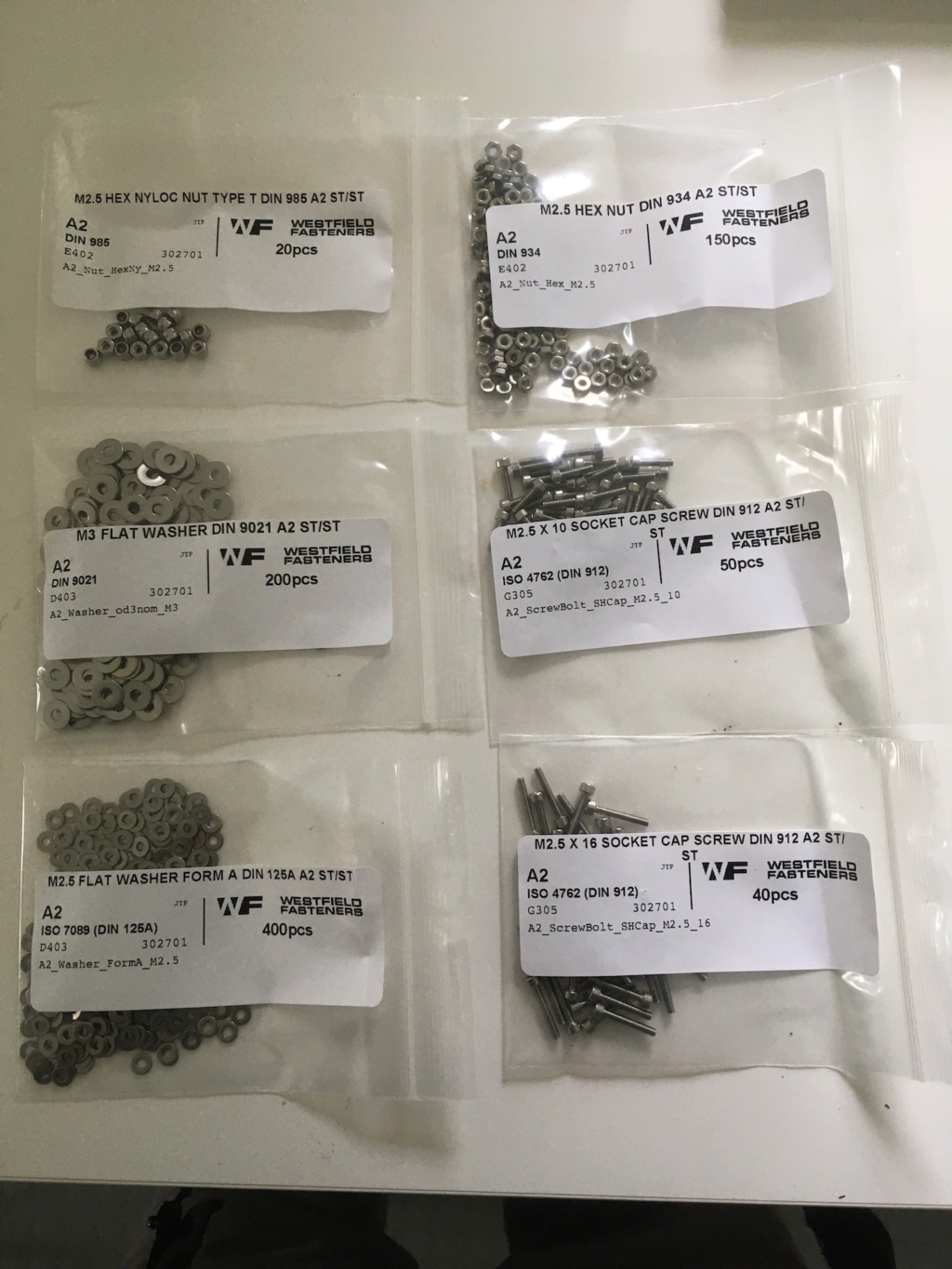 Got this for what I consider a very good price. I will probably sell the bubble carded one. 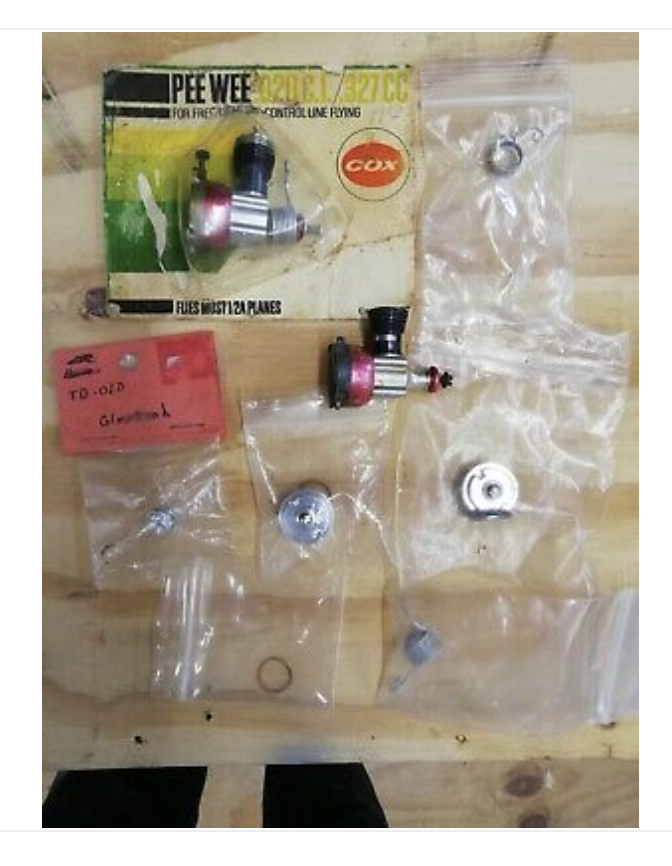 I have been working on fitting the .049 throttle to the Pee Wee back plate.

The first prototype almost works, but the adaptor plate is too thin and the use of a grommet to seal the system is problematic. 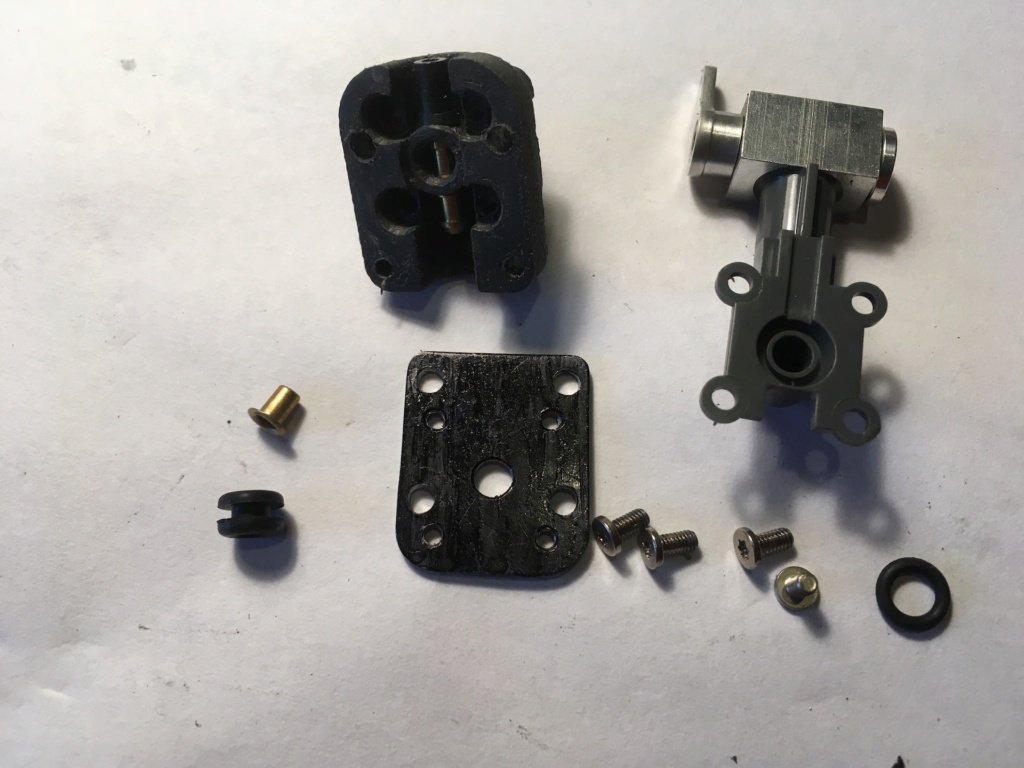 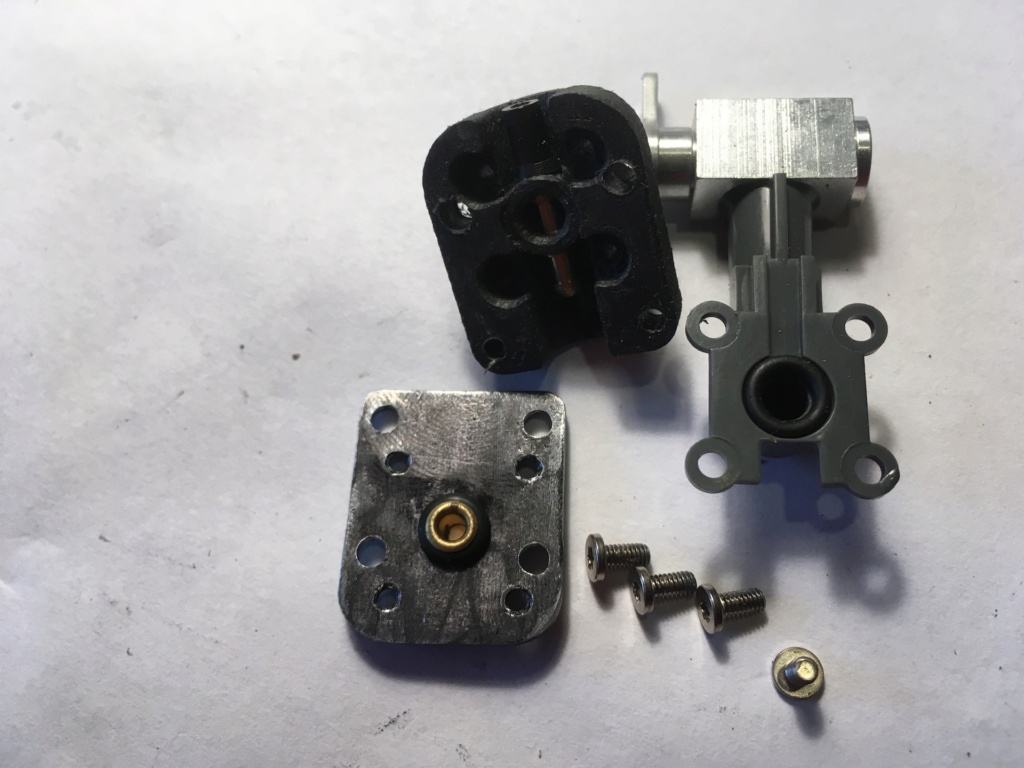 In the thin back plate there are insufficient M2.5 threads to stop the screws holding the throttle hitting the backplate. I tried shortening the screws, but I found it difficult to get a good end on them and they were not screwing in cleanly.

The grommet seals OK, but when the assembly is tightened up the rubber is too thick to allow the throttle to clamp up to adaptor plate. 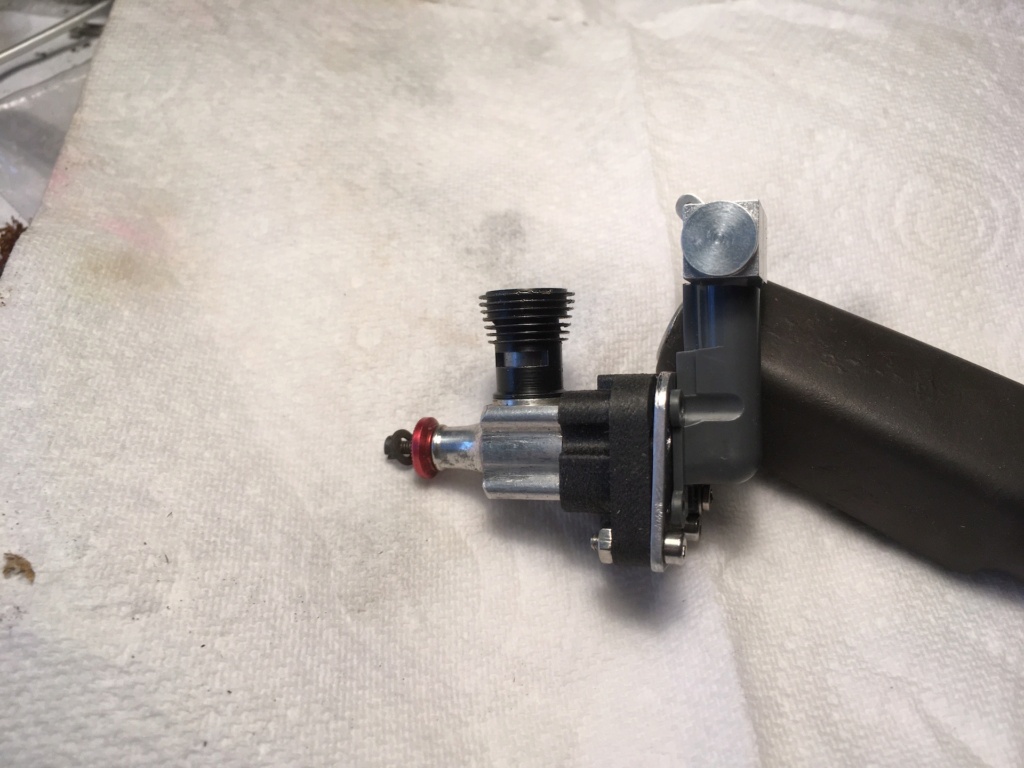 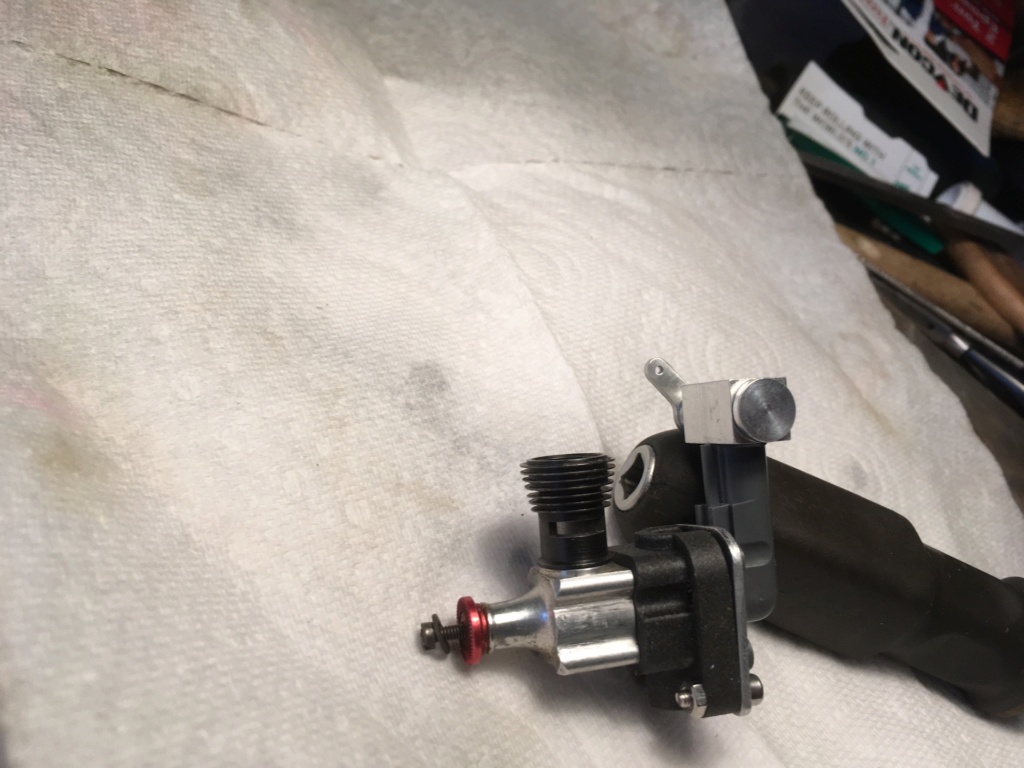 I have begun to make a new adaptor plate using thicker alloy plate and two separate o-rings. This permits me to size the o-rings to compress enough without distorting the thin plastic of the throttle mounting flange.

On the choke tube side of the adaptor plate it may suffice to add the small o-ring that you show, around the choke tube outlet cross section  to seal.

Interesting idea Andras, but I feel more confident in the use of o-rings.

I made a new thicker plate and recessed a hole for the o-ring on the throttle side.
The throttle has a deep but narrow groove so I made an o-ring of thick cross-section.
I used a standard o-ring on the engine side.

The plate is oversized to allow for mounting holes etc..

See this thread for details of the installation:
https://www.coxengineforum.com/t14213-rc-build-of-a-guillows-porter-pc-6-for-020-pee-wee 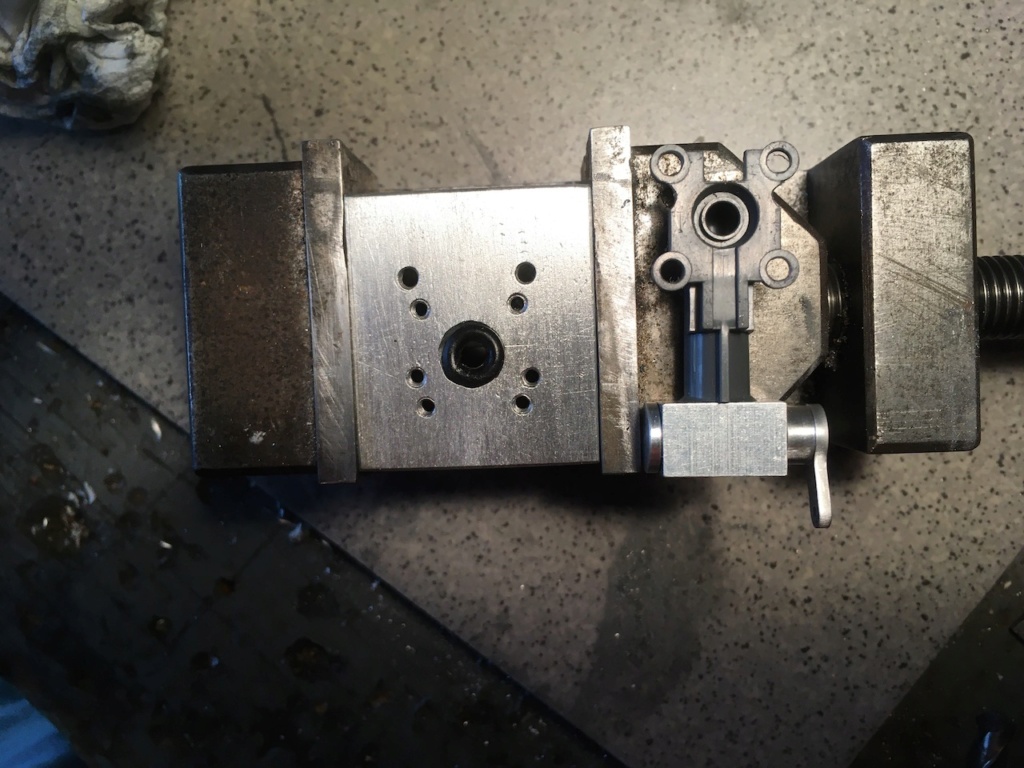 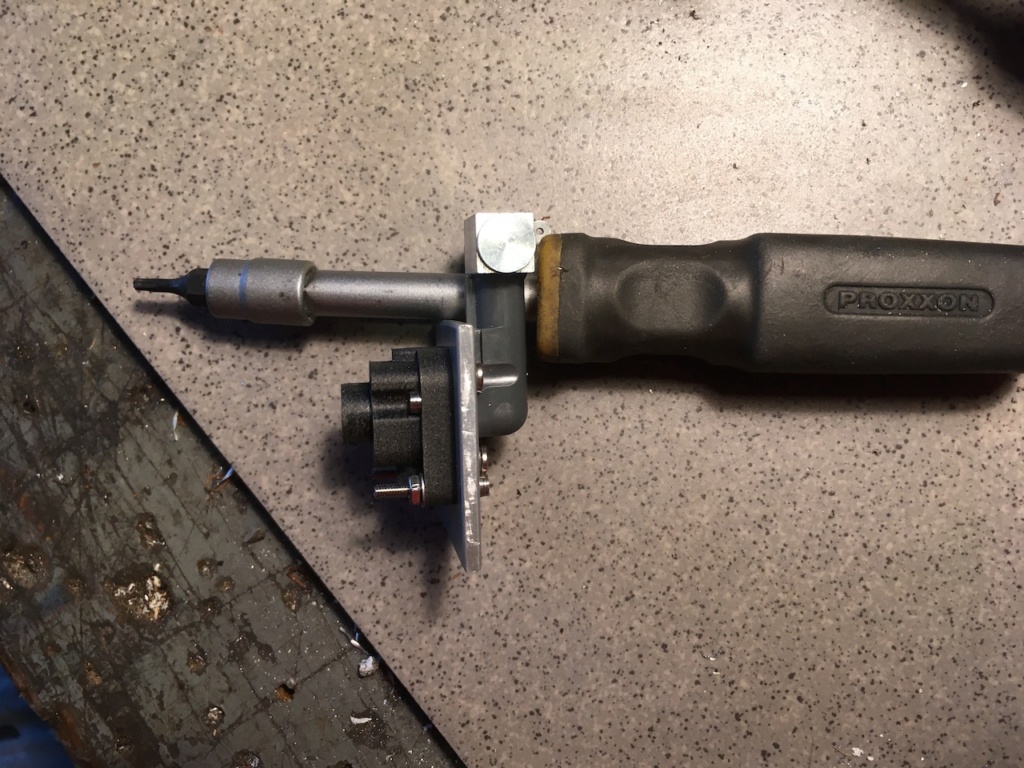 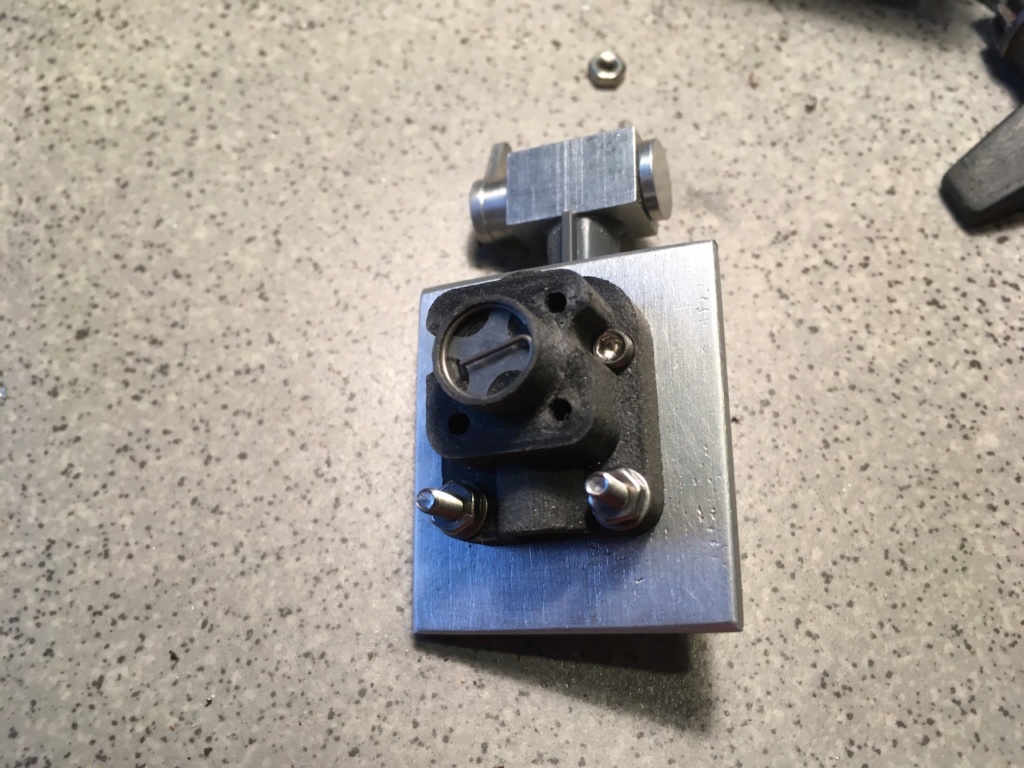 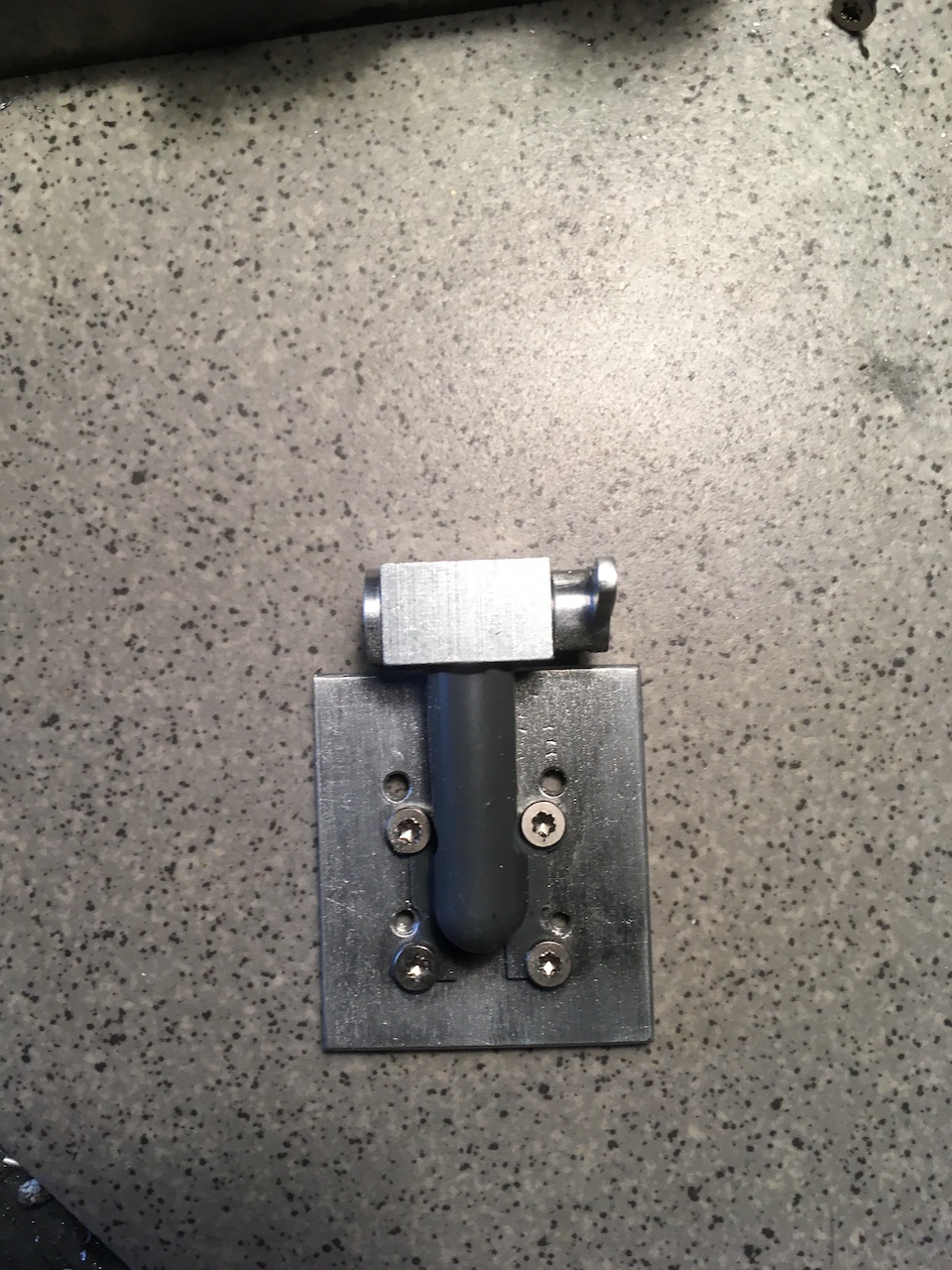