Another nice piece of art Mauricio! And fast too. Heck, it only took me 4 or more weeks to cut out 6 ribs to replace those in my last crash with my plane, and that is still not installing them!

davidll1984 wrote:The engine cylinder is no 8 just like the cylinder on first cox gtp wit round barrel exaust je used on plane wit the same exaust rc control on cars engine dragon fly tink use same setup tink single bypas cylinder is Not si bad and use of rc barrel exaust in winter below 0' y used 1 in m'y ez bee for winter  flight

ohh !, so it is a cylinder number 8 !, the truth I could not find information, but I want to give some interesting details.
This engine arrived in a box of which I still have the photo of the package reception .... it is a Cox Babe Bee .049 .... now closer to discovering the year of manufacture.
I must emphasize that the compression of this engine is admirable, really a GREAT compression ... superior to some compared to those I have, an engine that is willing to fly !!
Thank you David! 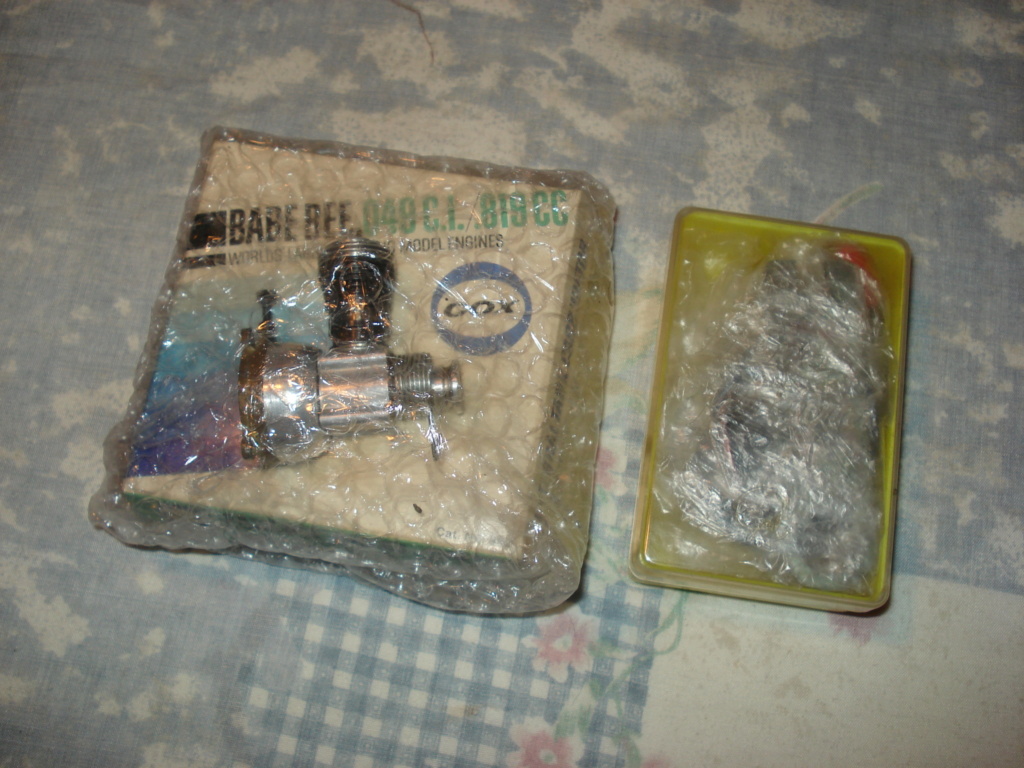 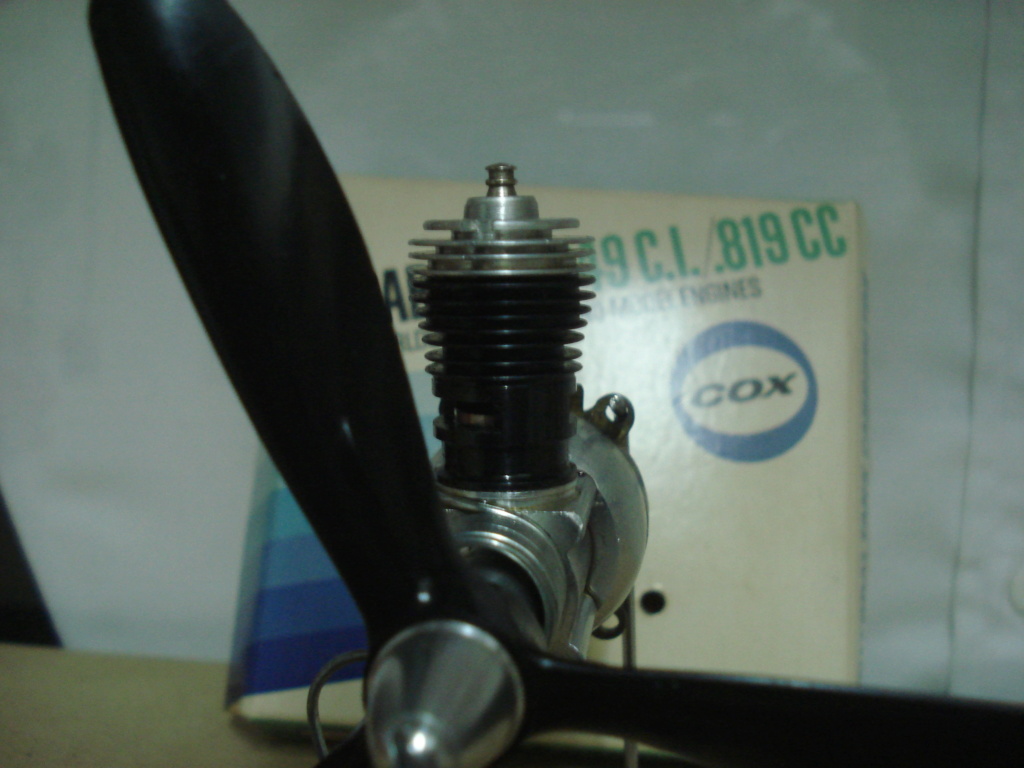 Originally it did not have the anchors for the key and remove the cylinder, it was completely round, so I made the anchor for the key myself and thus keep the cylinder intact at the time of removing it to add the acceleration ring.

getback wrote:Sorry i should have said flexible drill bit , but the wire is a excellent idea

Mauricio you work fast , the wing is coming together nicely!

understood Eric! ...
Thanks for joining me in this project friend!

NEW222 wrote:Another nice piece of art Mauricio! And fast too. Heck, it only took me 4 or more weeks to cut out 6 ribs to replace those in my last crash with my plane, and that is still not installing them!

Thank you friend ... you just start and as things go on you get more and more excited ... suddenly you look at the time and hooo I must go to my work or, ohhh I must sleep !! It never goes too fast when you're enthusiastic !
Thanks for joining me!

well, here is an important detail; a 3 mm x 1 mm carbon rod on the trailing edge, between the aileron and the wing, this gives a lot of rigidity in the wing, even more so when this model aircraft is designed to withstand some strong inertia.
To be able to place the aileron hinges, I have made cuts in the rod itself to be able to pass the fabric hinge. 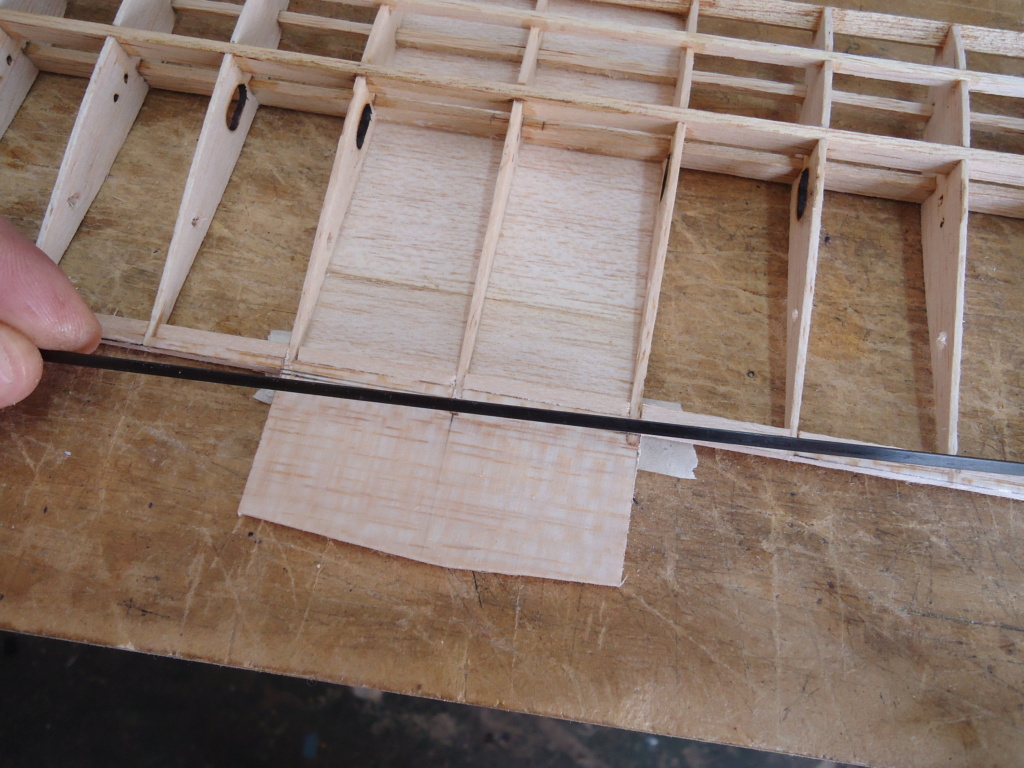 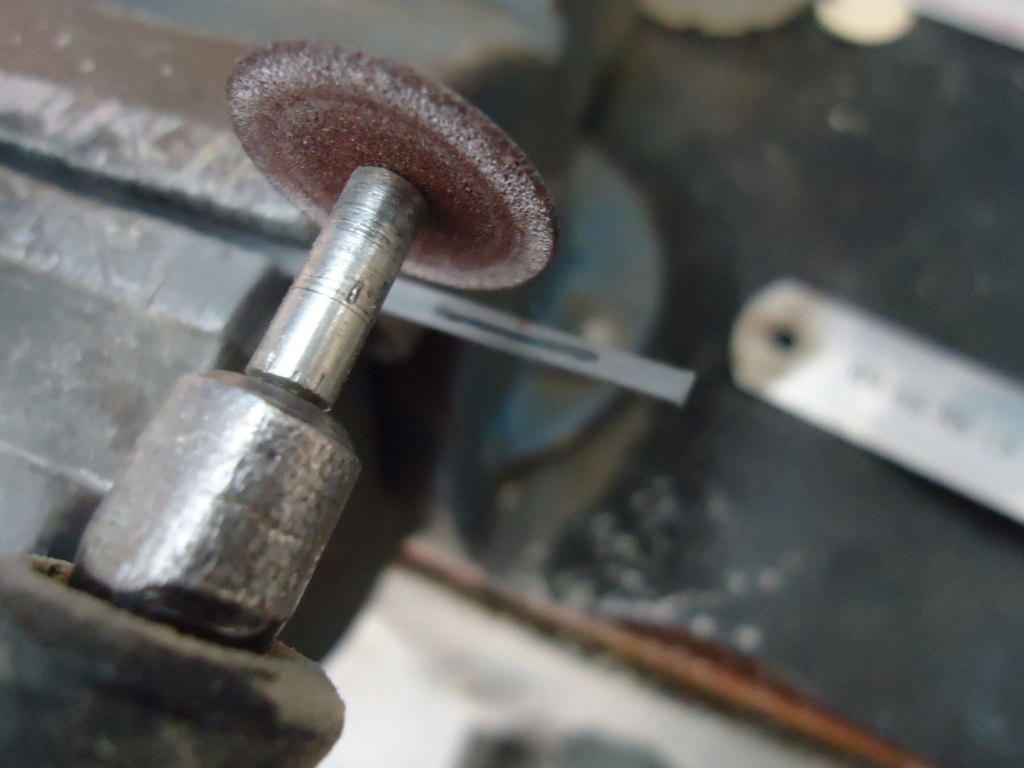 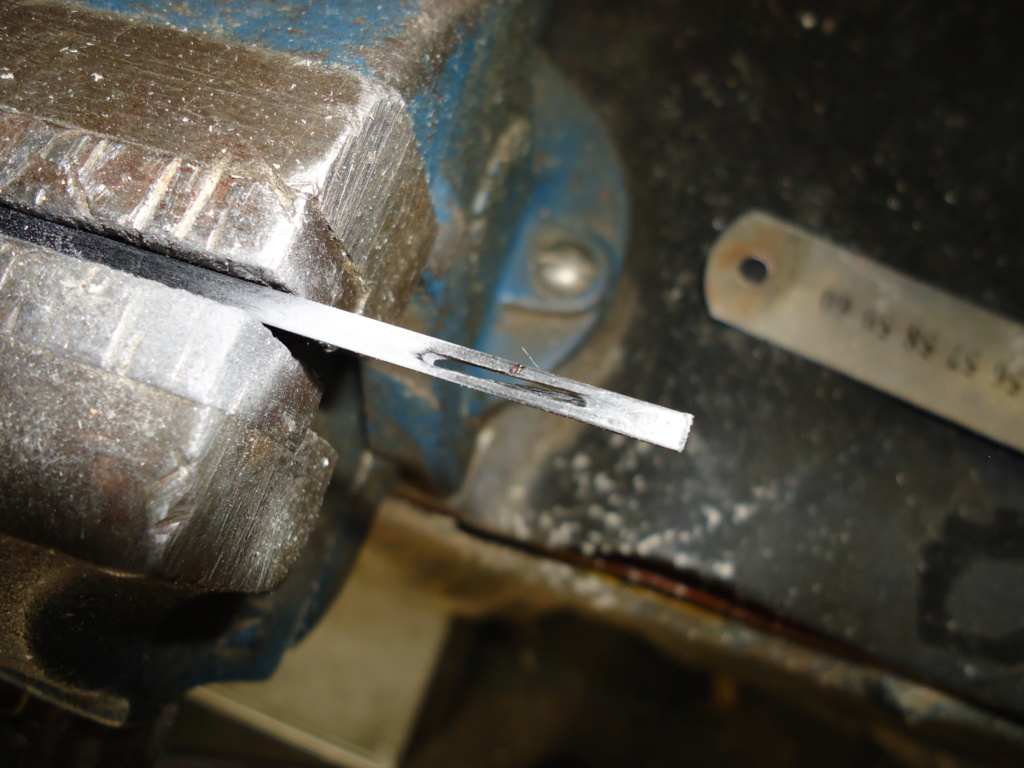 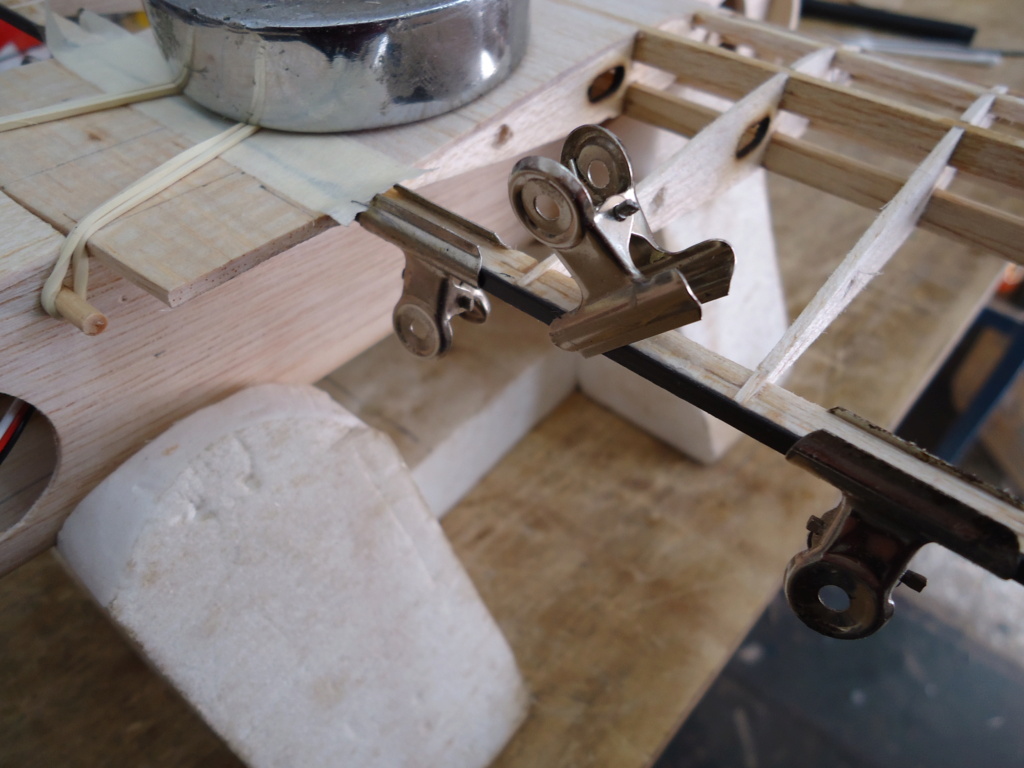 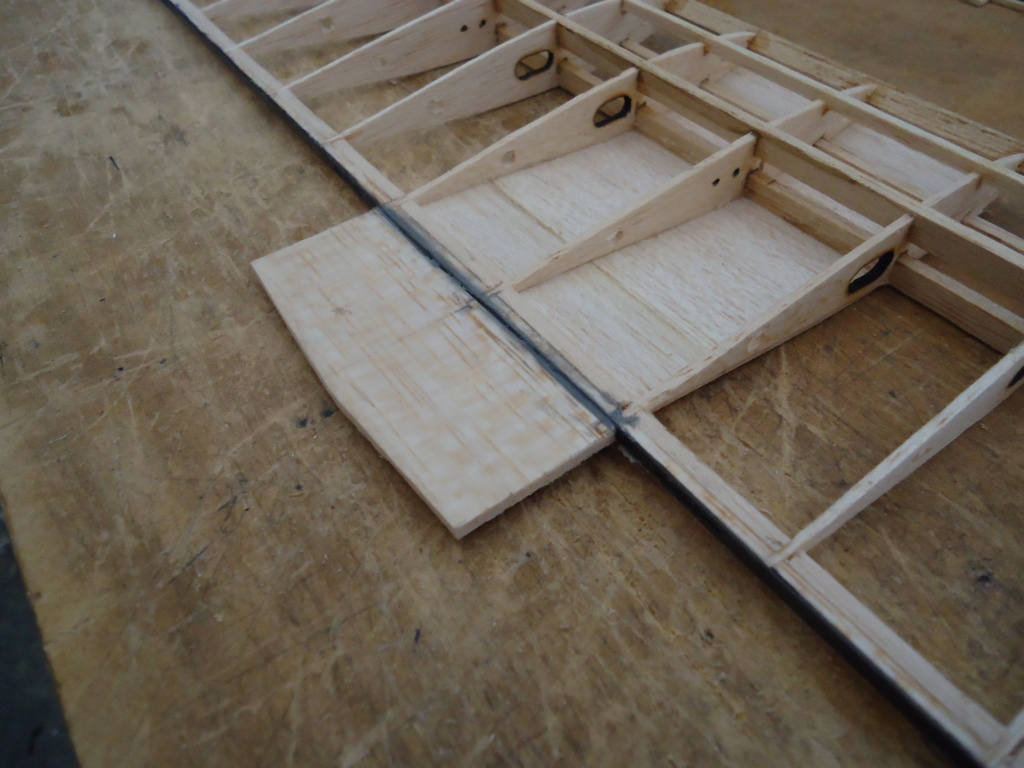 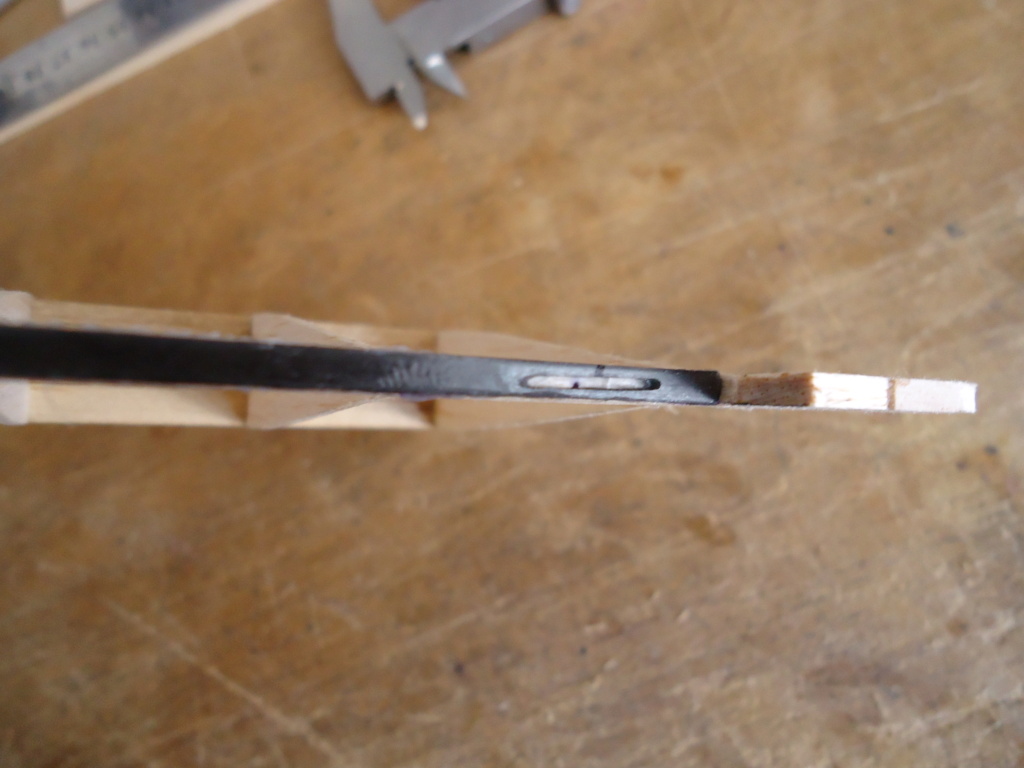 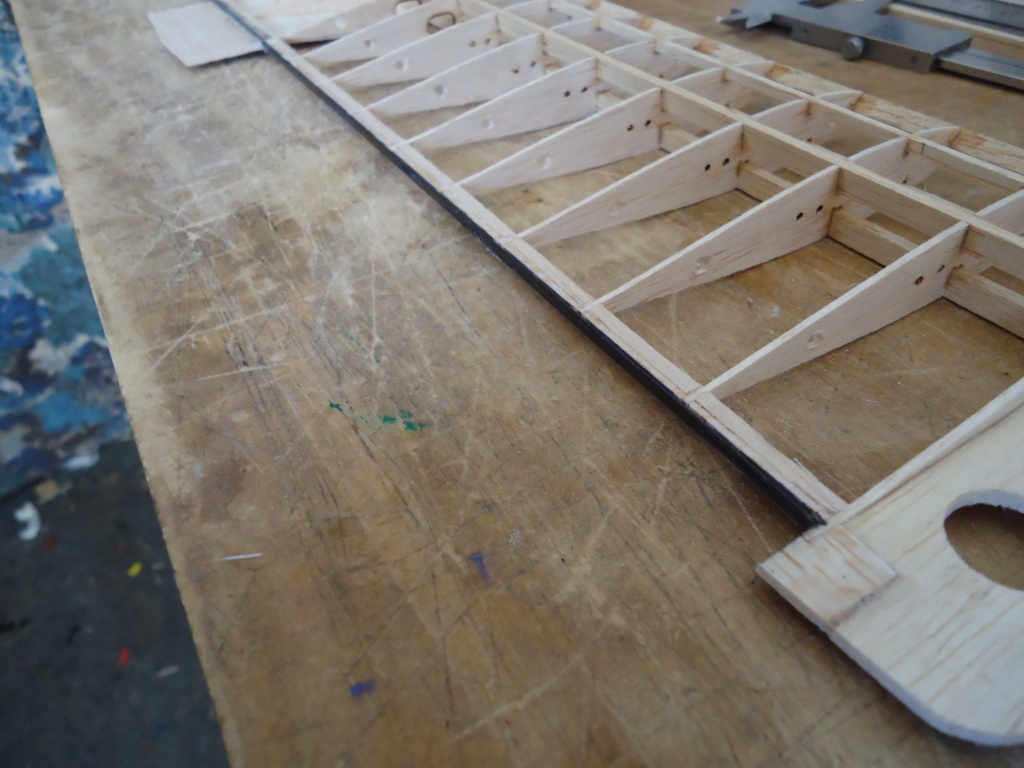 Regarding the fuselage, I have placed some balsa rods, as I did in my Pitts model, in order to give an additional shape to the fuselage, I think it also looks nice and simulates the structure under the coating ... 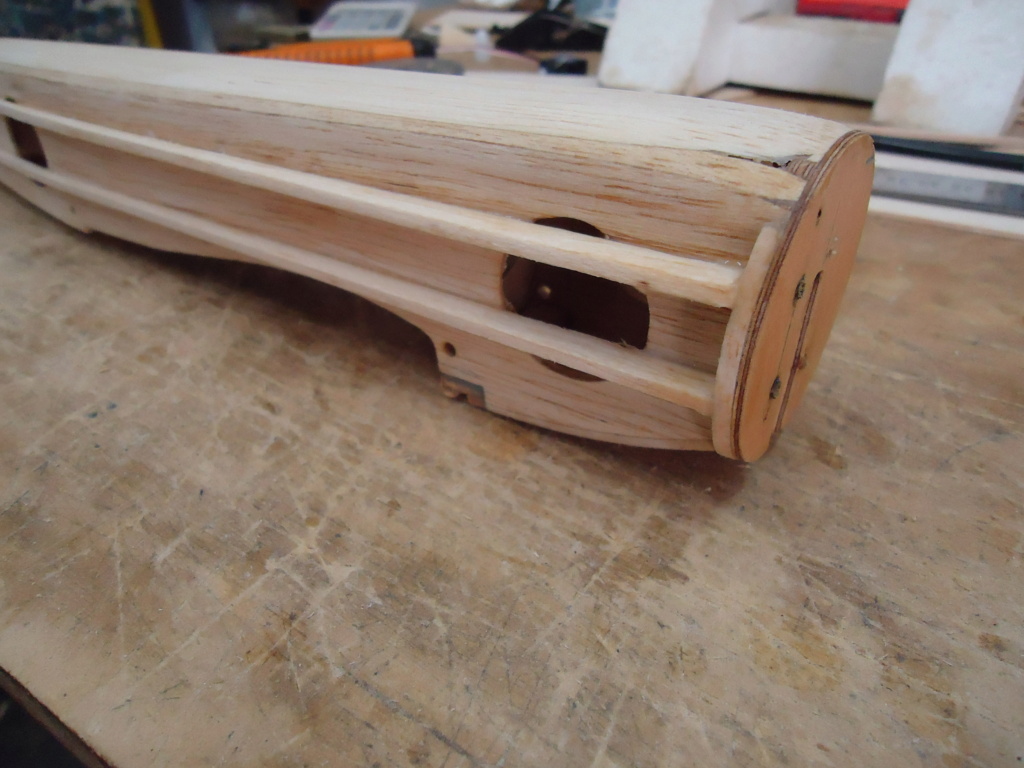 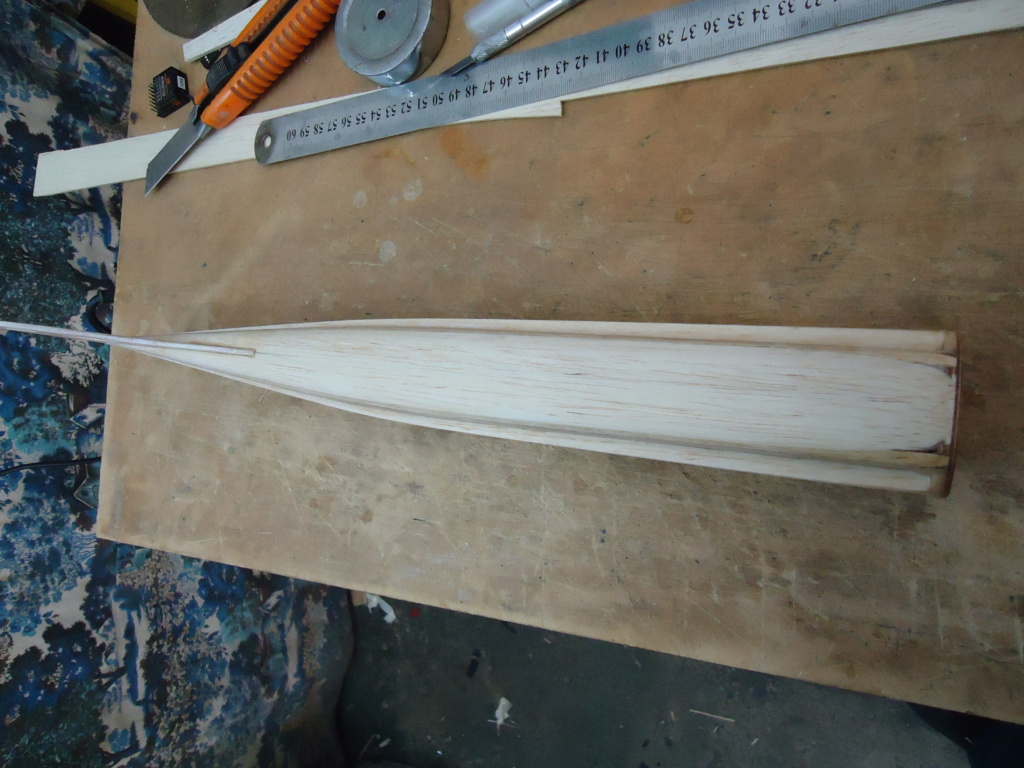 Good idea to use carbon fibre

Thank you very much dear friend!

Yesterday, I was again able to fly the Baronnet model in a peculiar way! ... I am really happy to enjoy the model at these points.
Surprised by the flight capacity and response of the whole.
Diego has been kind enough to film it, in advance Diego, my thanks for your kindness!

The "Cox Fun" model airplane is closer ...
This model can be powered by any Cox engine between .049 and .051 cubic inches, providing a broad spectrum of engines to any modeler who wants to build and enjoy it.
I hope this project is really fun, as this is where its name comes from: Cox Fun! 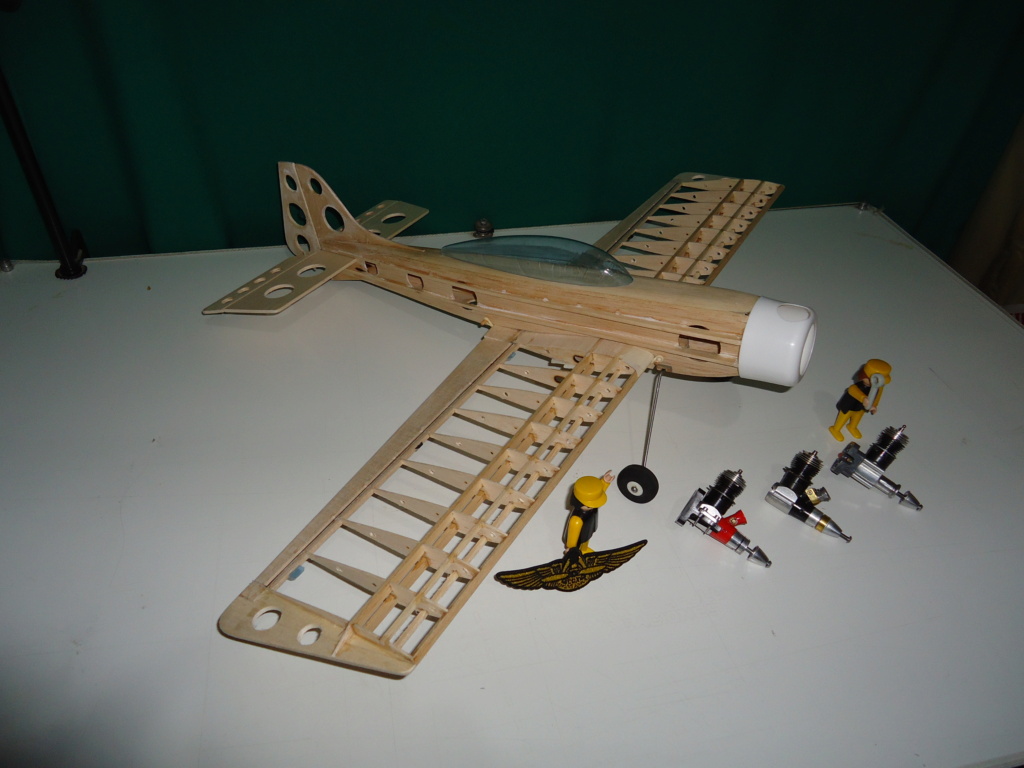 Nice work, buen trabajo. Saw your other photo in Outerzone for the Bi-Hawk: 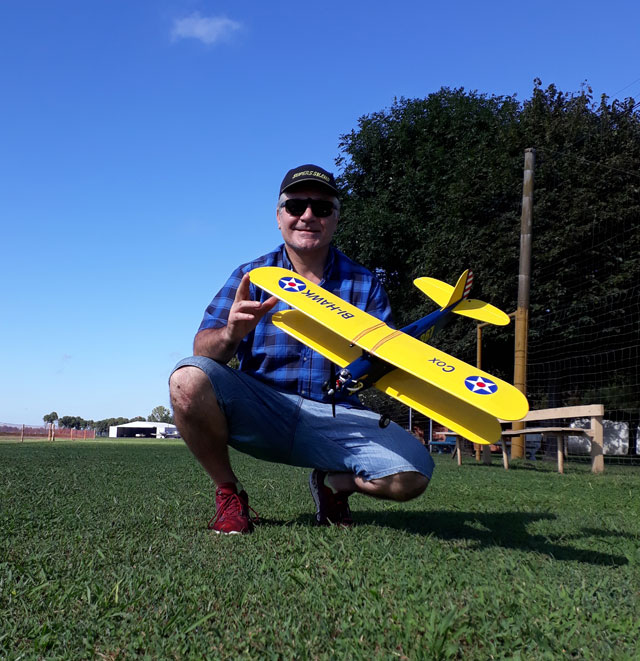 Thank GallopingGhostler you very much!.
Yes the Bi-Hawk is another great model aircraft to enjoy.
Originally it does not have ailerons and neither is the stabilizer in the Outerzone plane, so I made some modifications and added ailerons to the lower wing and made a stabilizer to personal taste, also the steering dimmer was made so that it passes the horizontal stabilizer below and in that way that is even more effective.
In the video of the flight in the first minutes I dedicate a few turns to the great friend (of CEF) Eric. It is a very docile model aircraft to fly and also has a great gliding capacity if one decides to stop the engine in the air and glide down.
Here are two videos of the BI-Hawk, one of the construction, the other is of flight, I hope you enjoy it.
Thanks again!

I love the way this Bi-Plane flys !! It is just smooth in the air ,

Thanks Eric!
I am with a lot of work so I am making this model more spaced ... but here I show what I am preparing, the cockpit of the Cox Fun! 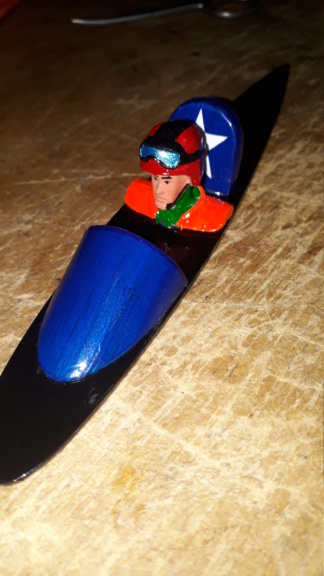 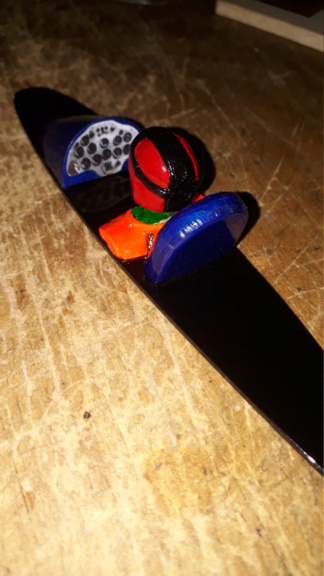