» C-Clip pliers and the clutch connection
by rsv1cox Today at 12:17 pm

I hope this is the correct place for this topic.
I'm in the process of making a 1m (40'') Fokker v.23 (or maybe v.25 - we'll see, they both have the exact same wing, so I still have time to decide) powered by a MARZ 2.5 Diesel I bought factory new and manage to get running.

Here's the progress so far: 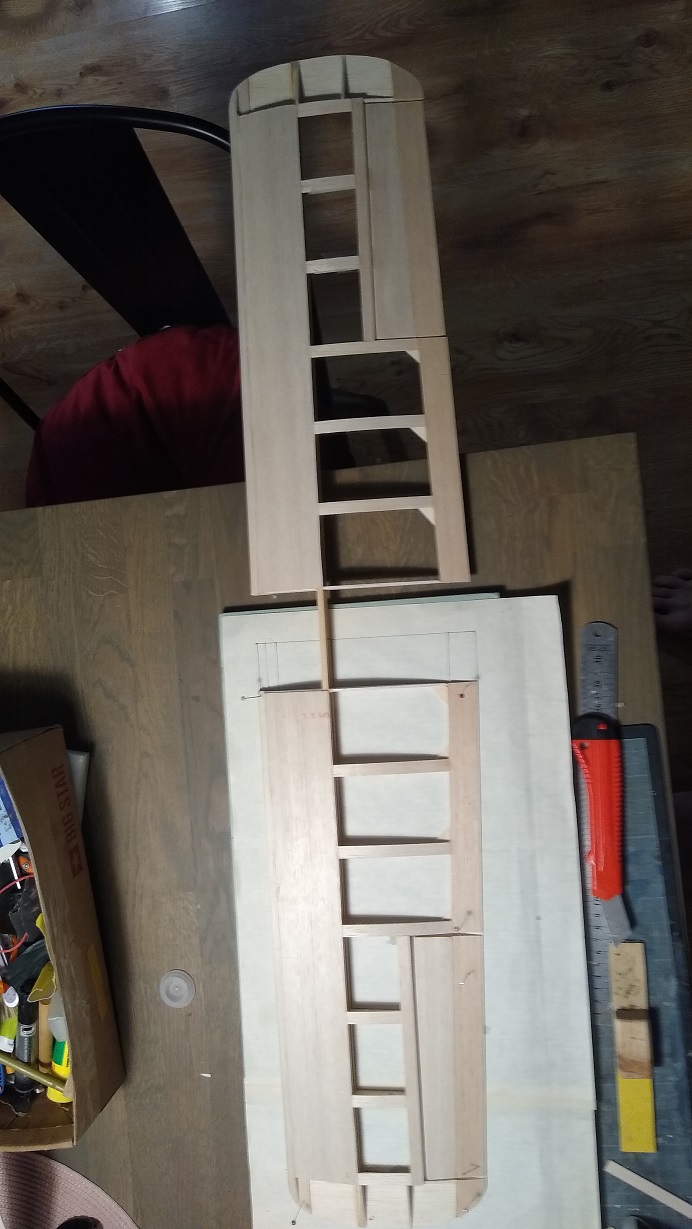 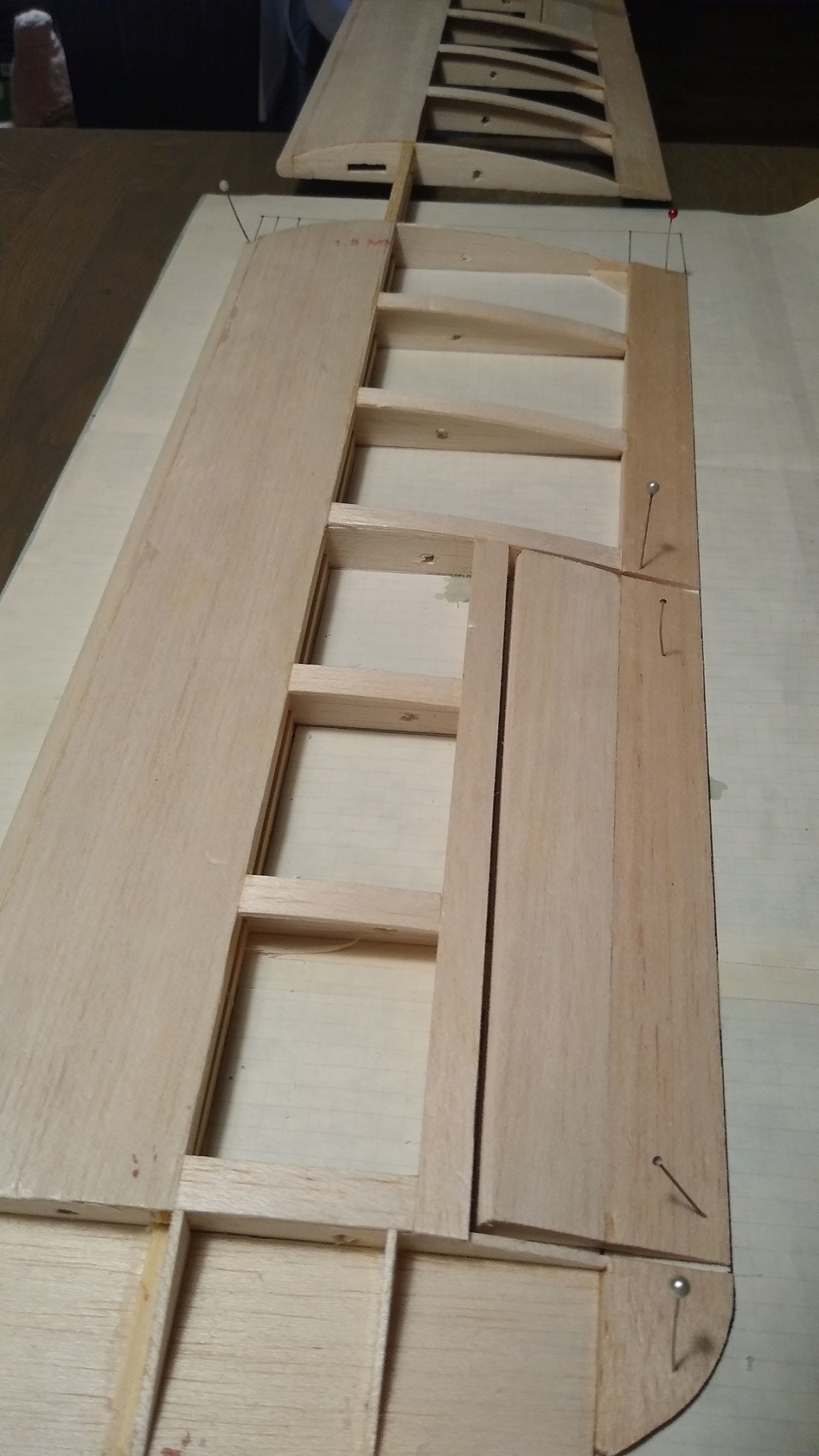 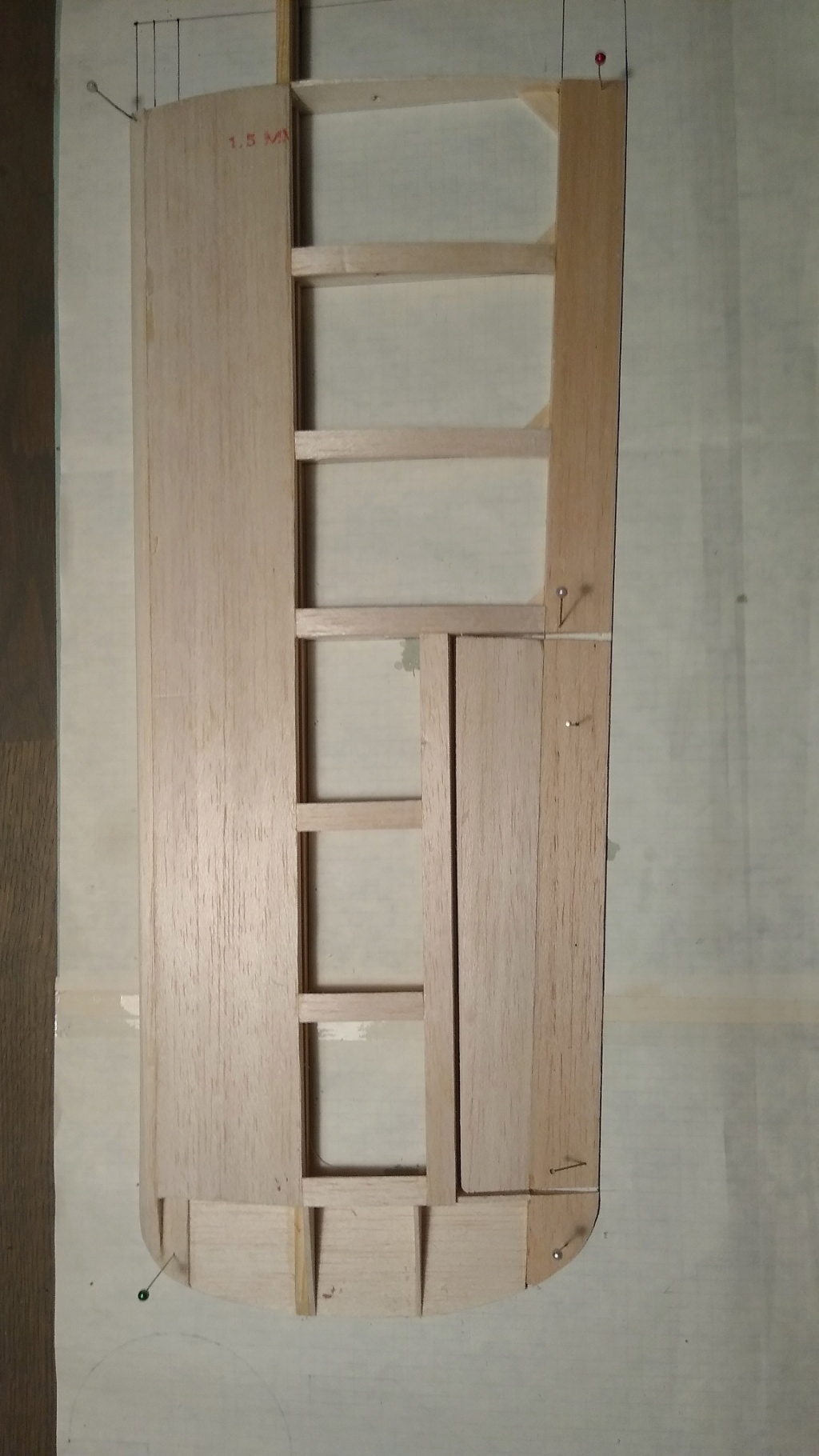 I've always wondered how the Marz runs. I had a Meteor ( Glow version ) which I enjoyed a lot. I sold the engine and regret it. The Meteor was also made in a diesel version. It's to my understanding that many of these engines were used for teaching machine skills. Even my Chinese Silver Swallow does quite well once it was broken in. It seems to take a eternity.

The engines were made because modelling was a strategic activity in the USSR, being seen as a way to attract kids to engineering and military careers. There is a magnificent article by Adrian Duncan on this engine, giving a detailed historical perspective and many technical details: http://www.modelenginenews.org/ad/marz.html


As with many soviet artifacts, the design is pretty clever, but the manufacturing quality varies wildly. I hear these can go up to about 0.33hp swinging a 8x4 at 14000rpm, but I've also seen reports of much poorer performance. Mine seems to be somewhere in the middle, doing about 0.25hp at 12500rpm. This gives over 0.8kg of thrust, which should be ideal for this application. Weight, thrust and power- wise it's about equivalent to three Baby Bees, and perhaps I can squeeze a couple hundred rpms more from it.

looking at the first image at the top of the thread,
does it look to you like on the picture the top aft fuselage behind the cockpit is flat with a tall headrest fairing, whereas on the drawing the fuselage cross-section is curved there, with a much shallower fairing?

looking at the first image at the top of the thread,
does it look to you like on the picture the top aft fuselage behind the cockpit is flat with a tall headrest fairing, whereas on the drawing the fuselage cross-section is curved there, with a much shallower fairing?

Looks that way. I like the curved upper decking better as it matches the upper fuselage in front of the cockpit.

The cockpit opening is creating the illusion the rear decking is flat. It looks like the fuselage has constant cross section to the front of the cockpit. 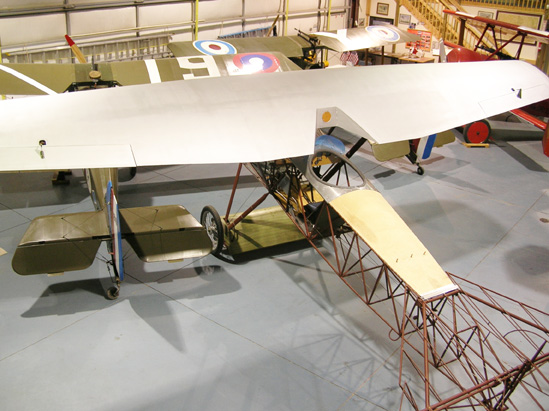 This should bee good looks like an interesting model of the error .

Here's the progress report.
The gear will be just short of 300g. If I can keep the airframe within the same limits, I can have 550-600g of AUW, which should give me great flying performance. 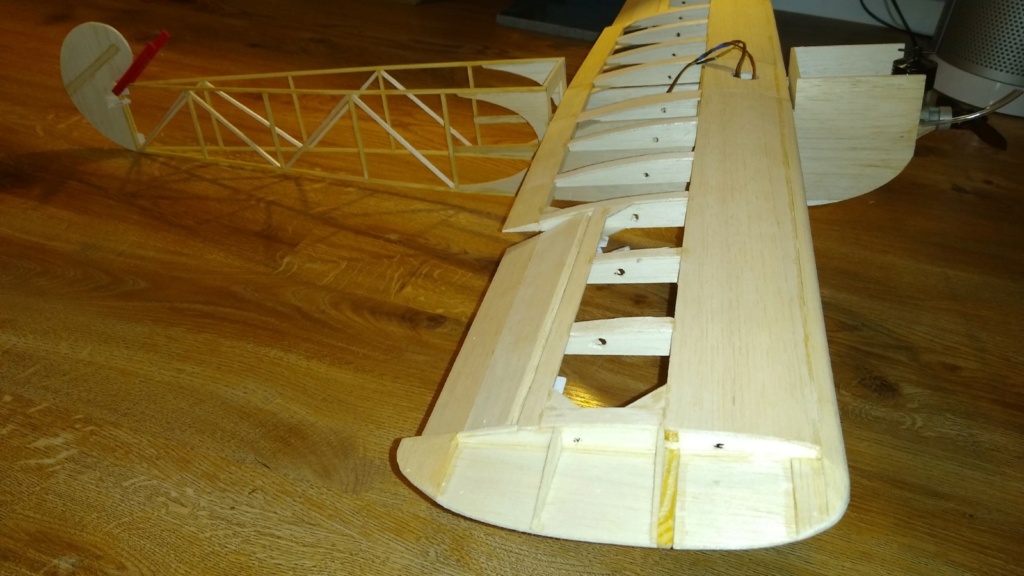 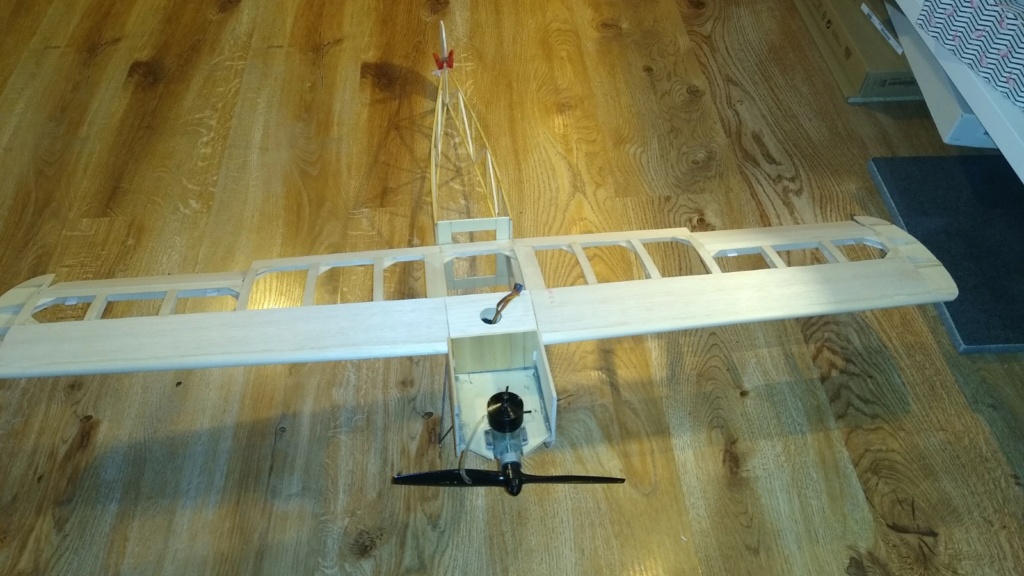 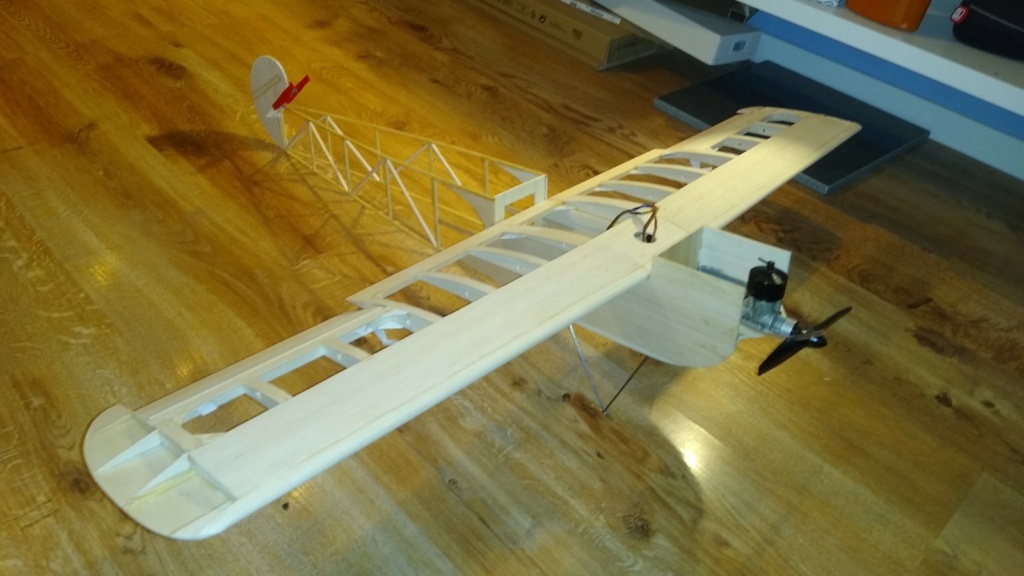 Looking good !! That stick airframe sure looks delicate , but i am sure it will stiffen up after covered , what is the engine on the front ?

@getback wrote:That stick airframe sure looks delicate , but i am sure it will stiffen up after covered

Actually, the airframe is extremely rigid, both laterally and torsionally. I have added all the cross- and diagonal pieces and the fuselage is completely stiff, would probably break before flexing, and believe it would take a considerable force to break it. I originally planned on making the longerons out of 4mm square pine, but I'm happy I went with 3mm in the end. The fuse is much stronger than my typical balsa slab-sided fuses, and very light too.

I don't really like relying on covering to stiffen up the structure, as I believe that can be deceiving. The fuse or whatever seems fine on the bench, then you take it flying, the weather is a bit damp, the tissue slackens off and you know longer have the strength benefit of the covering. In my opinion, the airframe needs to be built in such a way that it's strong enough without the covering.

Cool , i feel the same way about the frame and Not relying on the covering to strengthen it up >> This is funny >>

It's funny when it happens to other people

BTW, the sound on the video is very poor, but as far as I can tell the engine is hitting 14.5k RPM just before taking off, which is impressive.

I'm making steady but slow progress. I'm still on course to not exceeding 600g AUW (not by much, anyway). 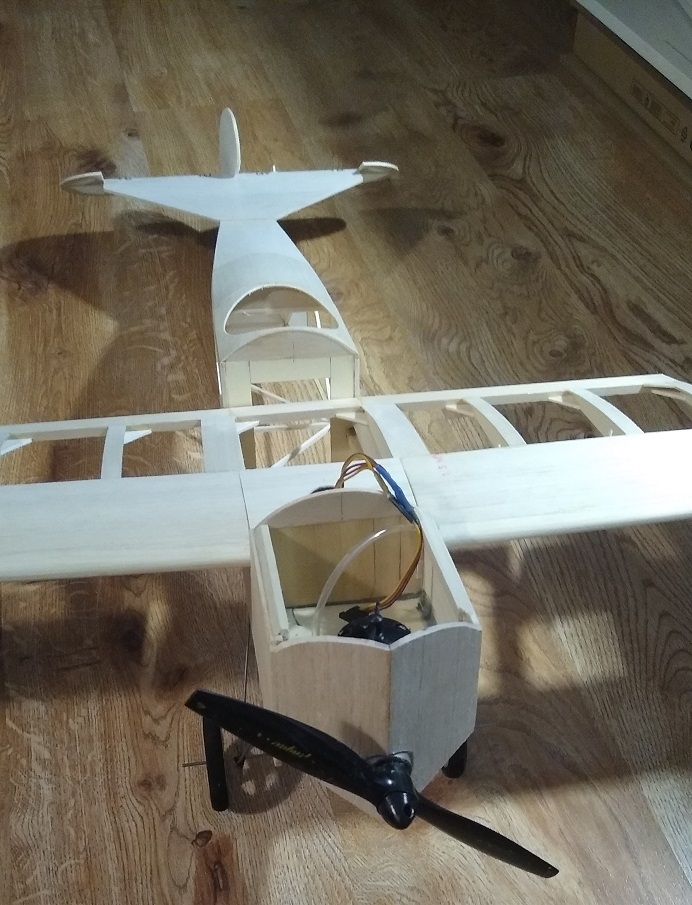 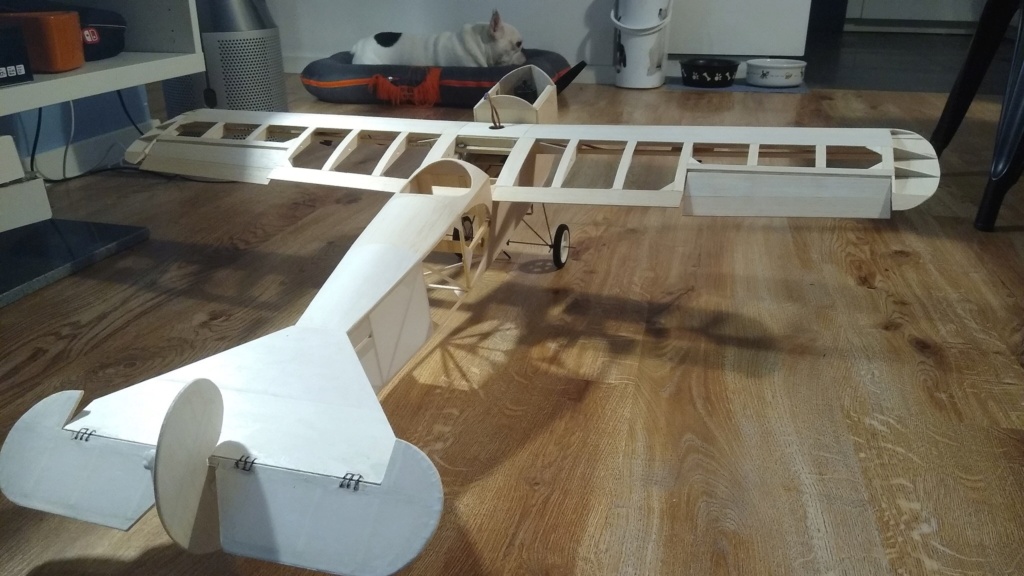 The Fokker is looking really good , has nice curves to it and you have brought them out ! So it will bee a mid wing ? Doing a good job with the weight also .

this is probably the penultimate update before the model is completed: 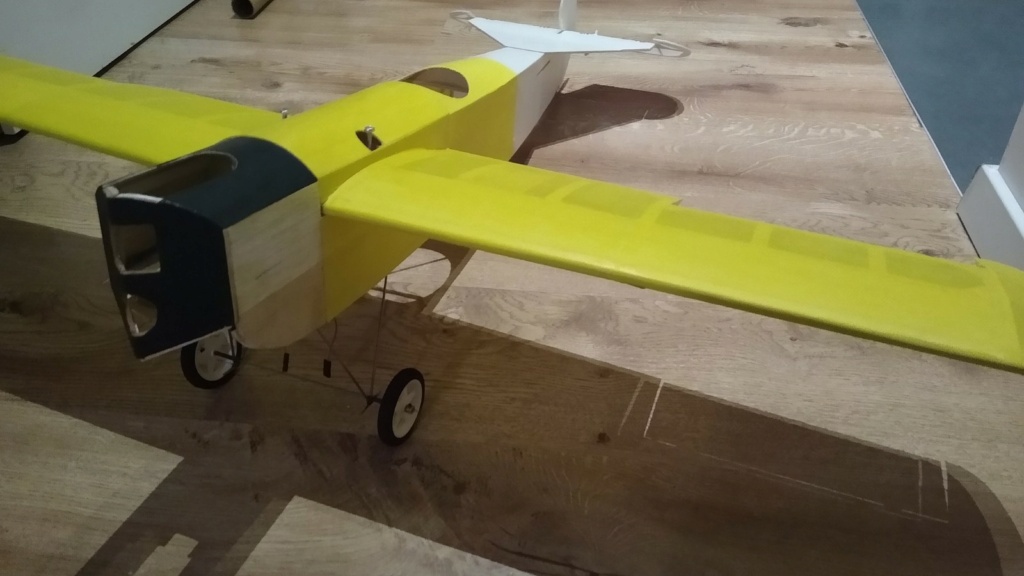 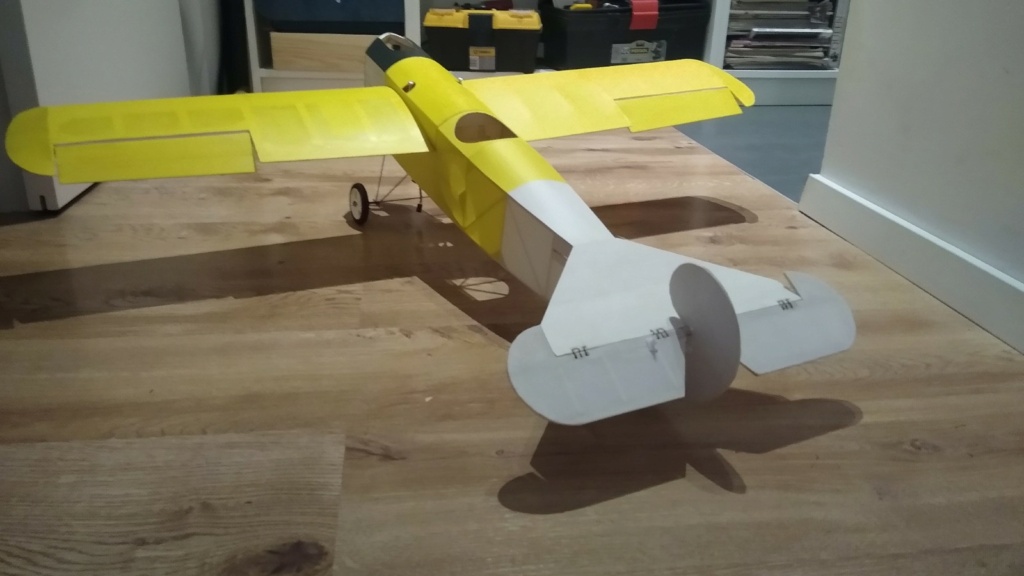 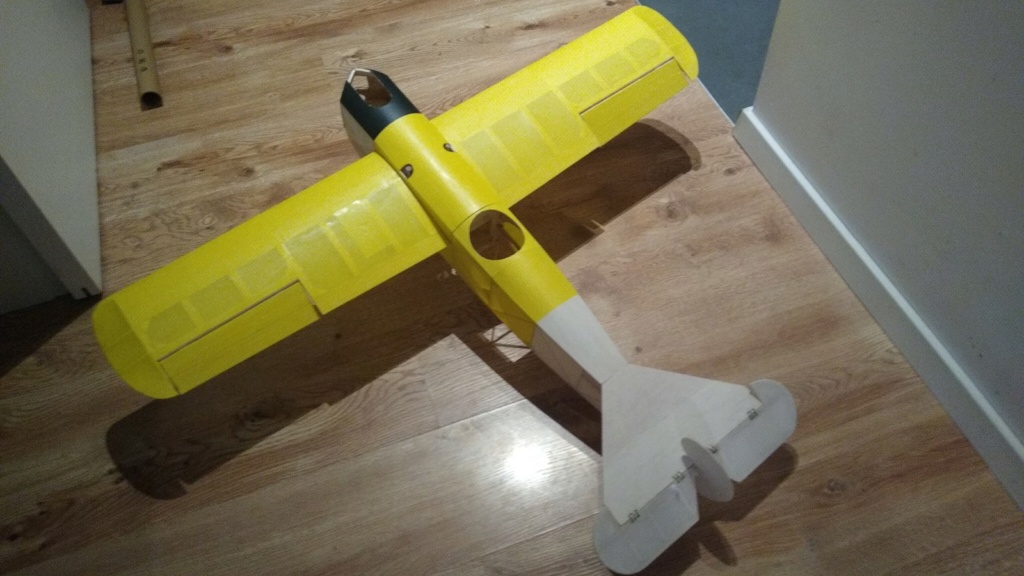 Current weight is 580g, including all the gear.
I may need new wheels, the ones I have are 60mm, scale would be 80mm, but I can't find any that are light enough and the correct shape. I may need to manufacture a pair out of foam and some plywood.

Are these the wheels you're looking for?

yeah, these would be perfect, but they're not available, and would be more expensive than the engine.

You did another fantastic job on the covering , i think ur the one and only on the forum that does pretty much all your models in stick and tissue . Look forward to the maiden flight !

@getback wrote:i think ur the one and only on the forum that does pretty much all your models in stick and tissue

That's because I really suck at using film covering.

And it's done!
Well, sort of. It will receive a pilot, scale-sized wheels and perhaps even machine guns and an instrument panel when/if it proves it can fly well. Feast your eyes, one way or the other, it's never gonna look as good as it does now: 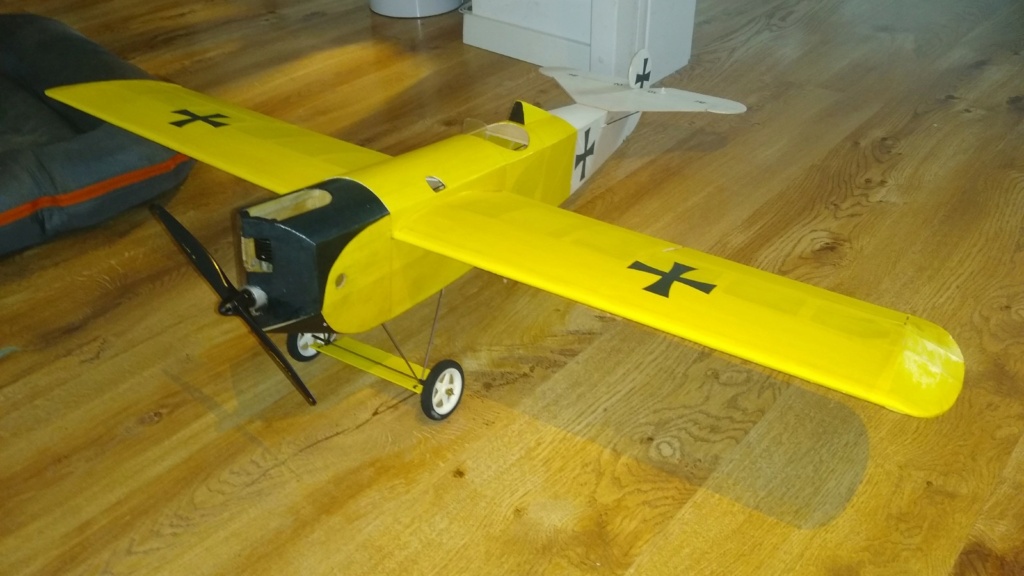 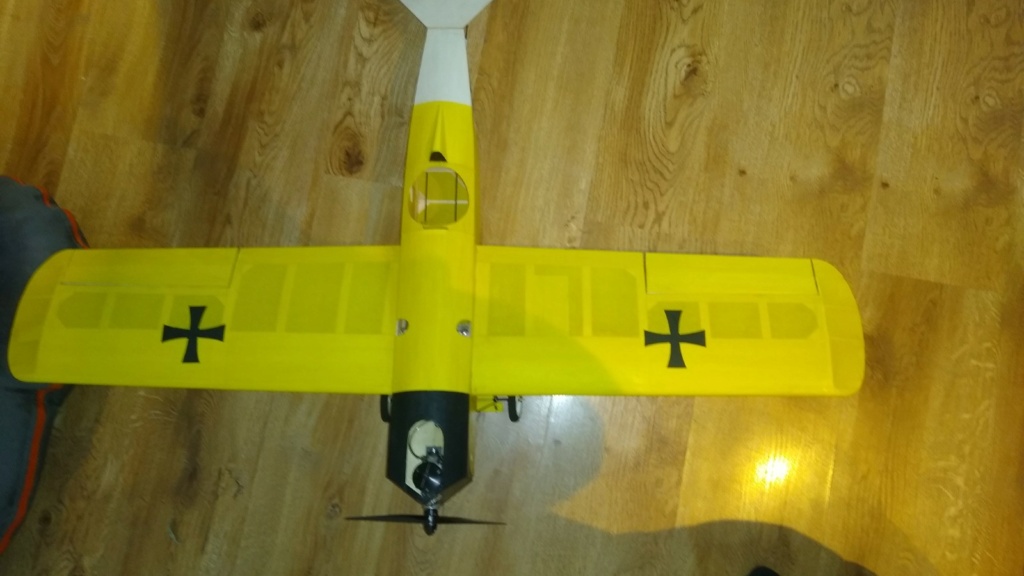 And this is how it compares against the original: 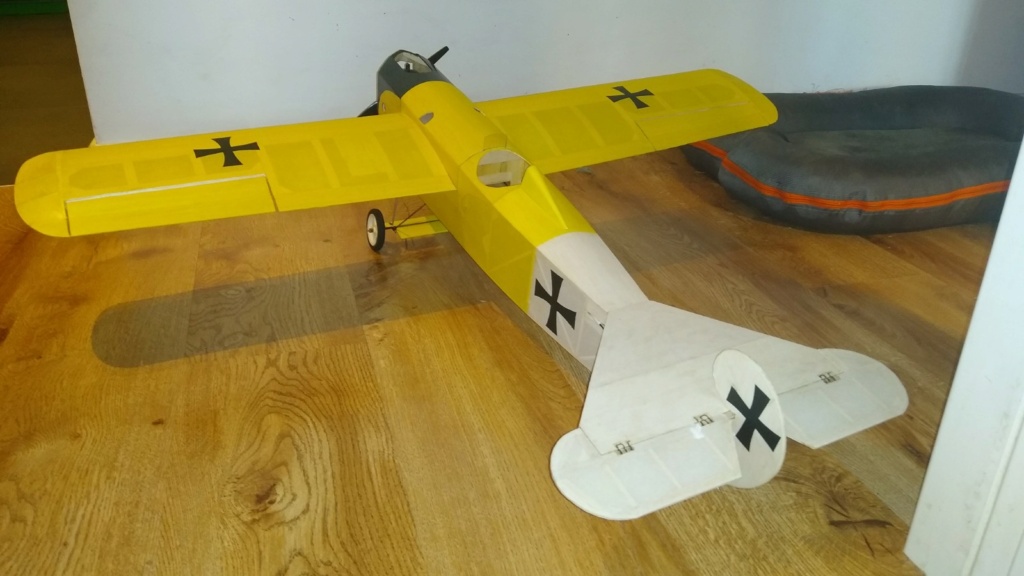 Gorgeous, Dirk!!
She'll be a beauty in a blue sky.
If you cluck on some of the images here, you might
find a useful link.
https://images.search.yahoo.com/search/images;_ylt=A0geKLsu5o1gPd0AcWdXNyoA;_ylu=Y29sbwNiZjEEcG9zAzEEdnRpZAMEc2VjA3Nj?p=williams+bros+model+wheels&fr=mcafee
Bob

Sweet !! I think you pined it looks Great hope the maiden goes well !

Weight came out really good too .