» Couple Kittens followed me home..
by Michpatriot Today at 8:56 pm

Gone for years, but not forgotten.

Sold it years ago and flipped a couple of times. Wound up in California. My son found it via the VIN and contacted the owner sometime back in the nineties. Older fellow, we communicated a couple of time then forgotten again.

Yesterday his son sent me an email, probably gleaned from some that his dad had saved and told me his Dad was in a nursing home and he had sent him the car where he lives in Sarasota Florida.

Sent me some current pictures. Still looks great after all these years. I took it down to nuts and bolts and rebuilt it except for the engine which I had a friend in the Corvette business do.

A much younger me and Mark watching Jerry drop the engine in while I took the picture. 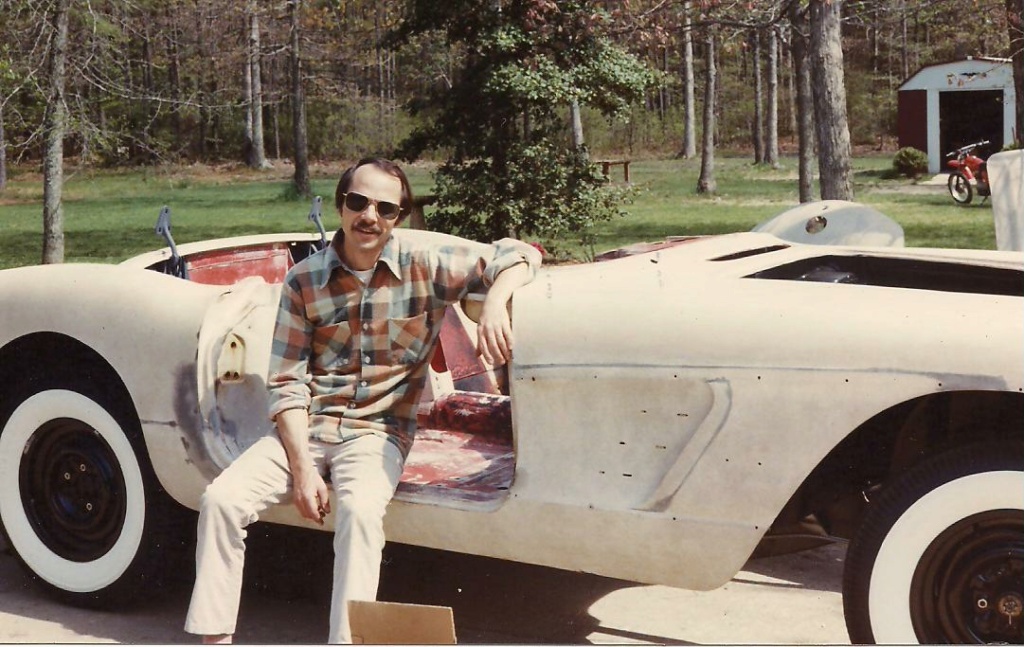 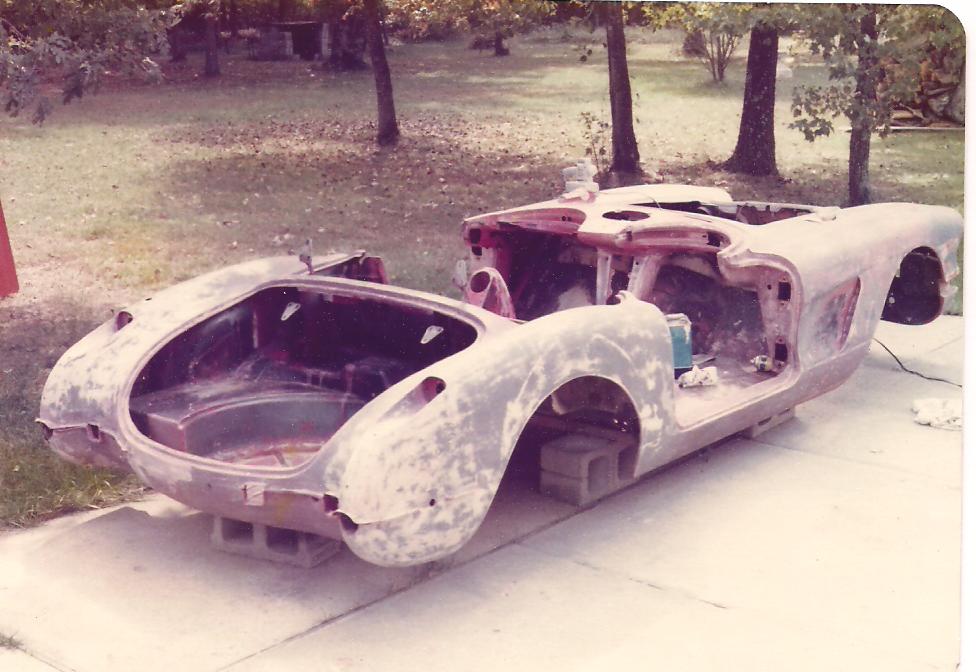 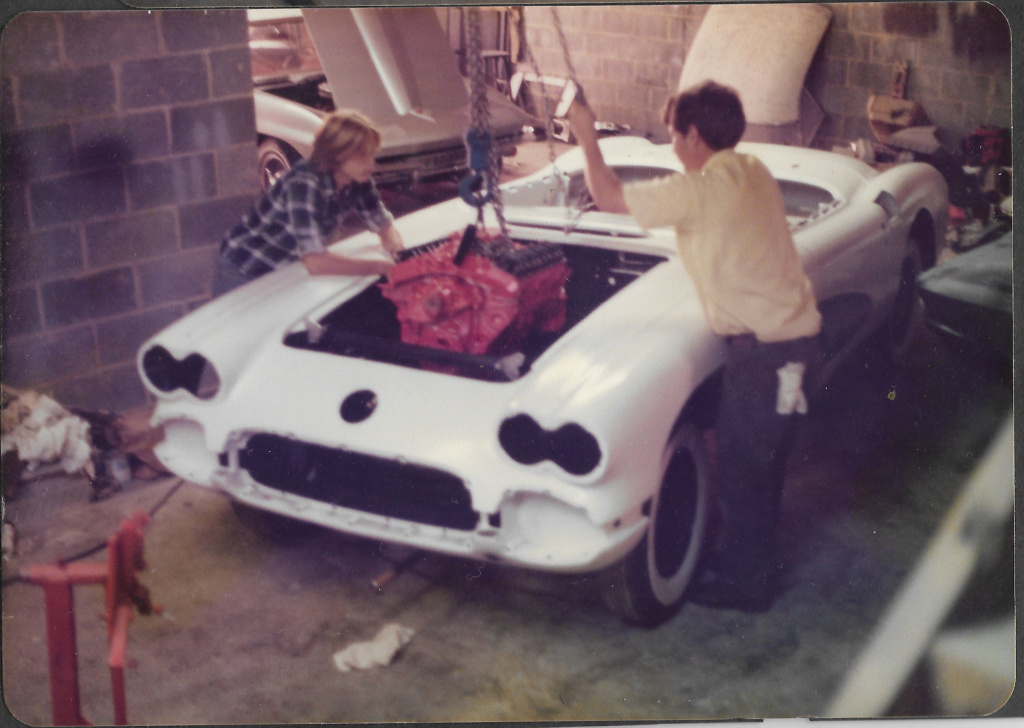 I did everything you see with some help from Mark except the engine and the paint. Added every bit of chrome and the interior. Took six years. 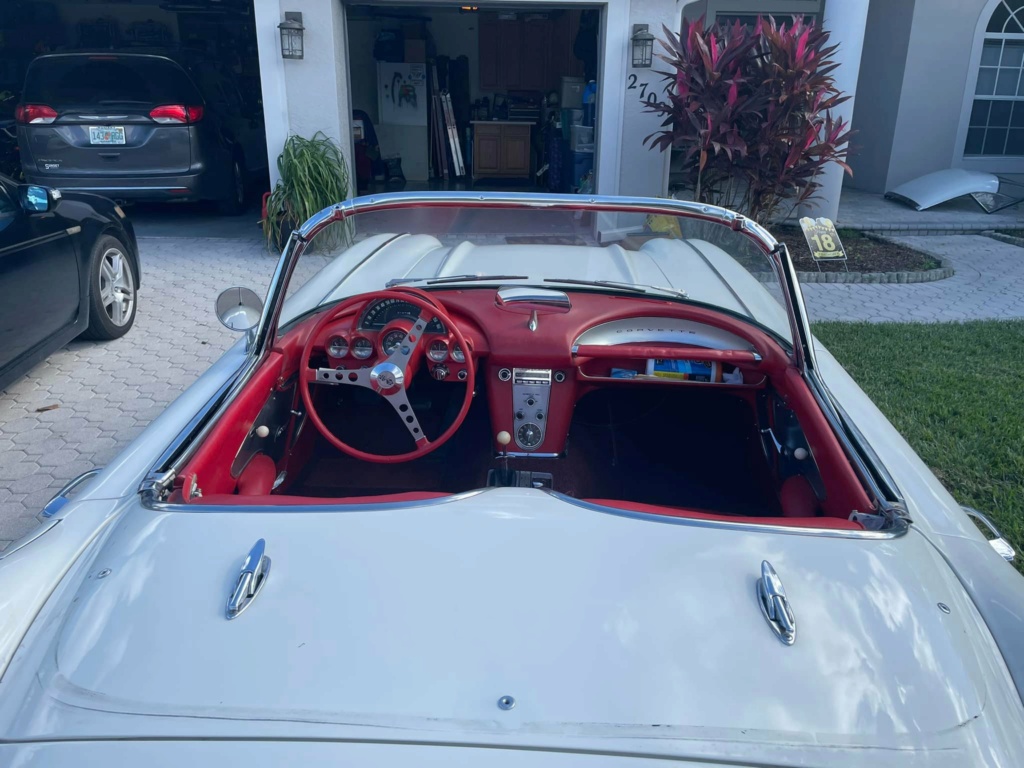 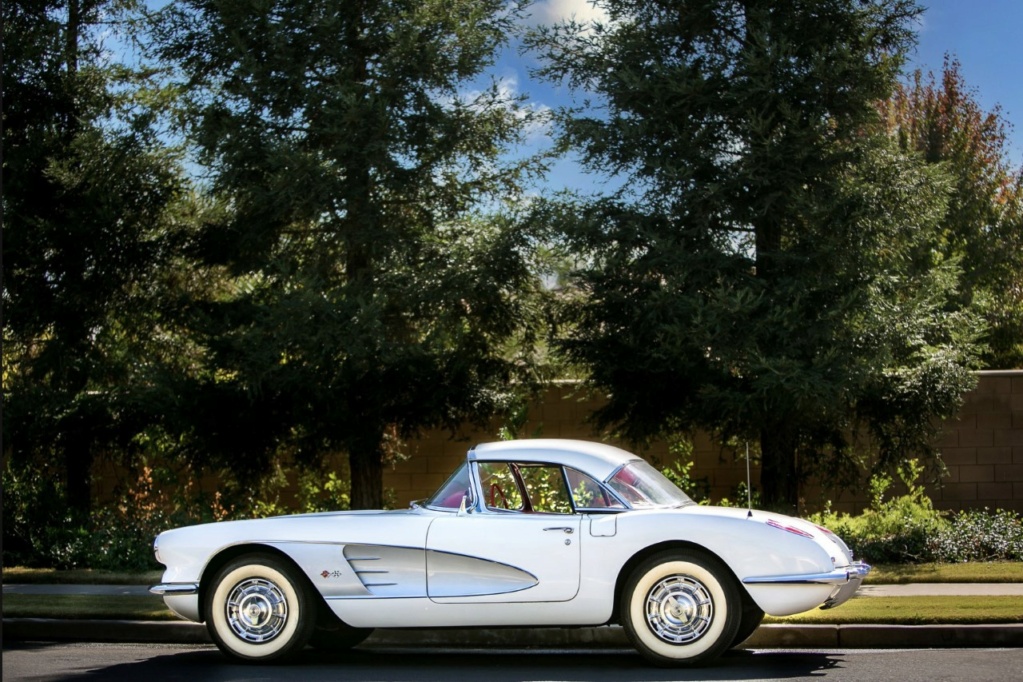 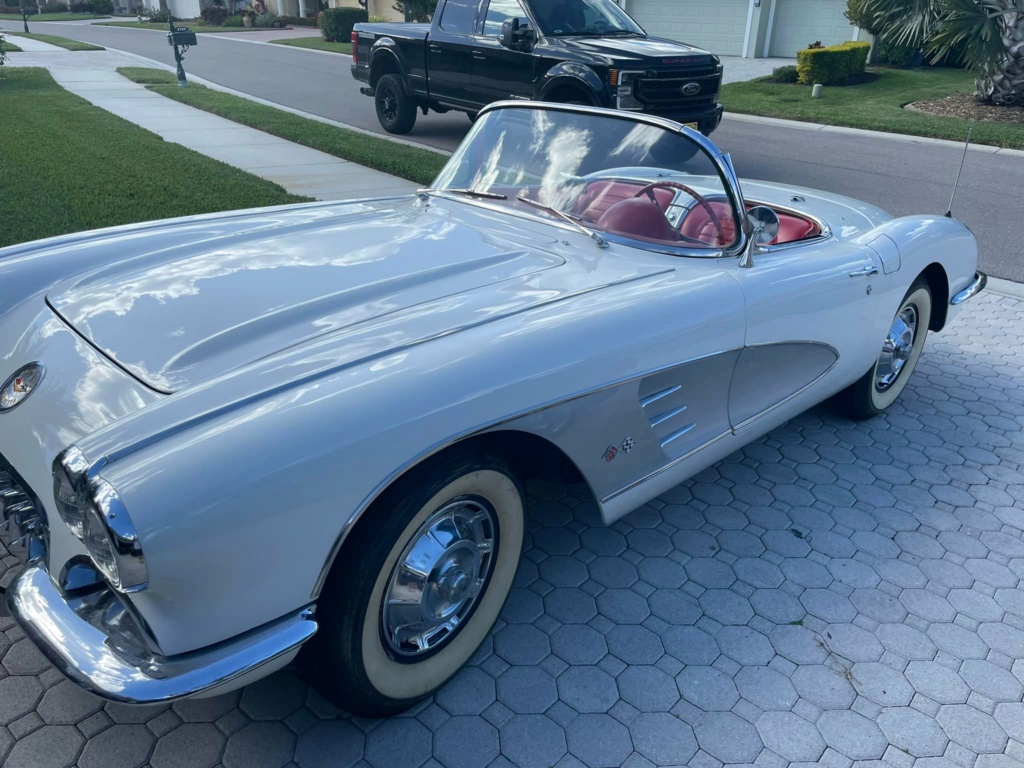 WOW, That looks fantastic. They probably appreciate the photo documentation of your frame off restoration. I first thought they were going to offer it back to you!! I have seen a number of posts on Facebook forums of Vettes that people are looking for, searching the VIN database of State by State hoping to track it down. Sorta cool you know where yours is.

thats a beautiful car, and the photos are swell!

Frecking NICE!!! I could see me and Leona (my dog) cruising Rosanna Anna Danna Boulevard Hair a Fling

Another surprise.  This guy is renting out my Corvette for photo shoots.  Why didn't I think of that? 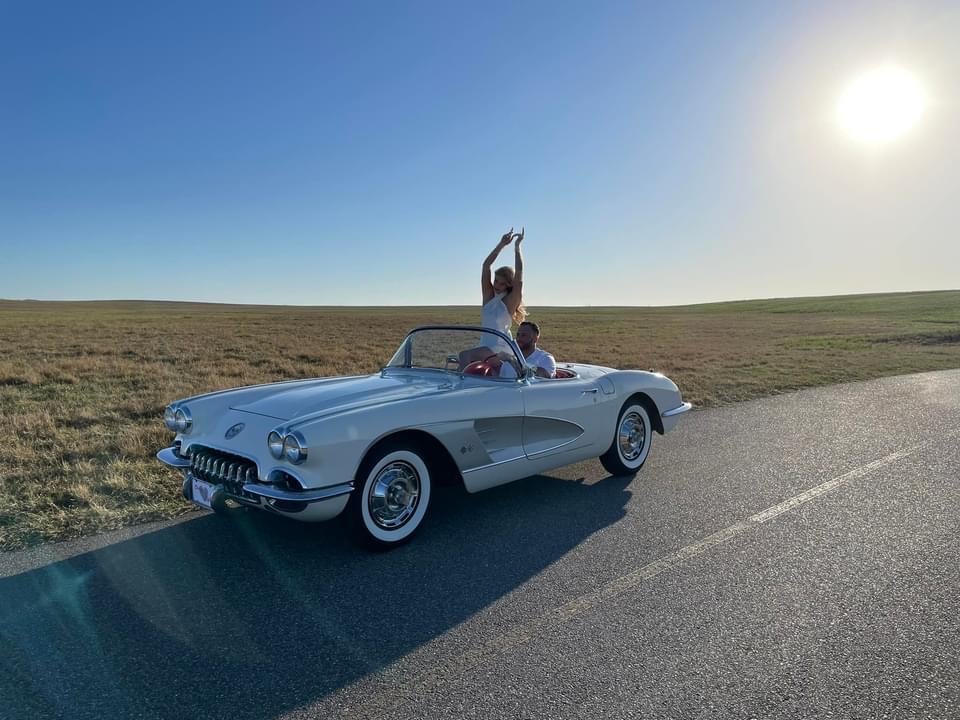 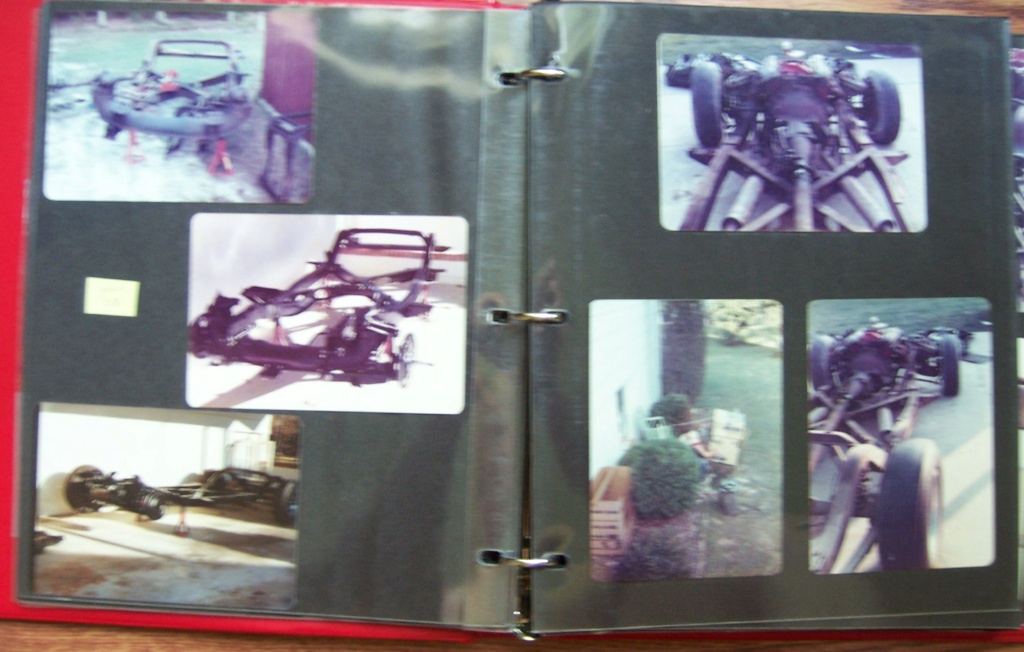 Must be nice to see some of your own hard work being shown off like that.

This is just beautiful, Bob..is this Corvette not the same as what Johnny Depp drove in the film Rum Diary, made based on the Hunter S. THOMPSON novel , but in red?

Doing photo shoots with Beautiful women would put you in another world !

balogh wrote:This is just beautiful, Bob..is this Corvette not the same as what Johnny Depp drove in the film Rum Diary, made based on the Hunter S. THOMPSON novel , but in red?

I'm a Johnny Depp fan Andras but I have never seen that movie.  It sent me to the internet.  Only picture I could find with the Corvette. 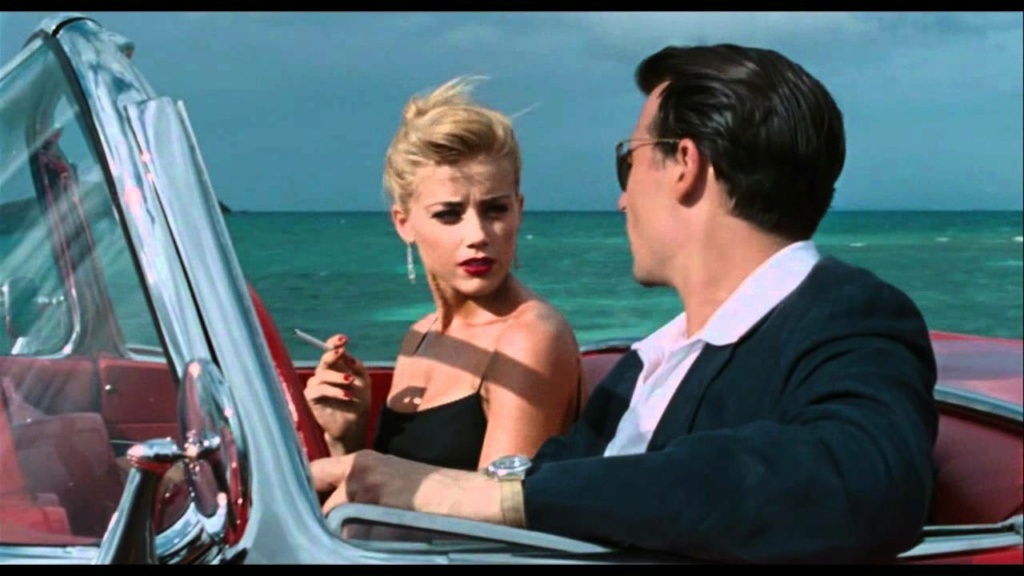 All I can see is the windshield, and I know it well.  Building the chrome around new glass and dropping it on the frame was no fun.  Don't scratch the paint. That and adjusting the doors and the wind-up windows brings back painful memories.

My favorite Depp movie was The Tourist, but maybe because of Angelina Jolie. 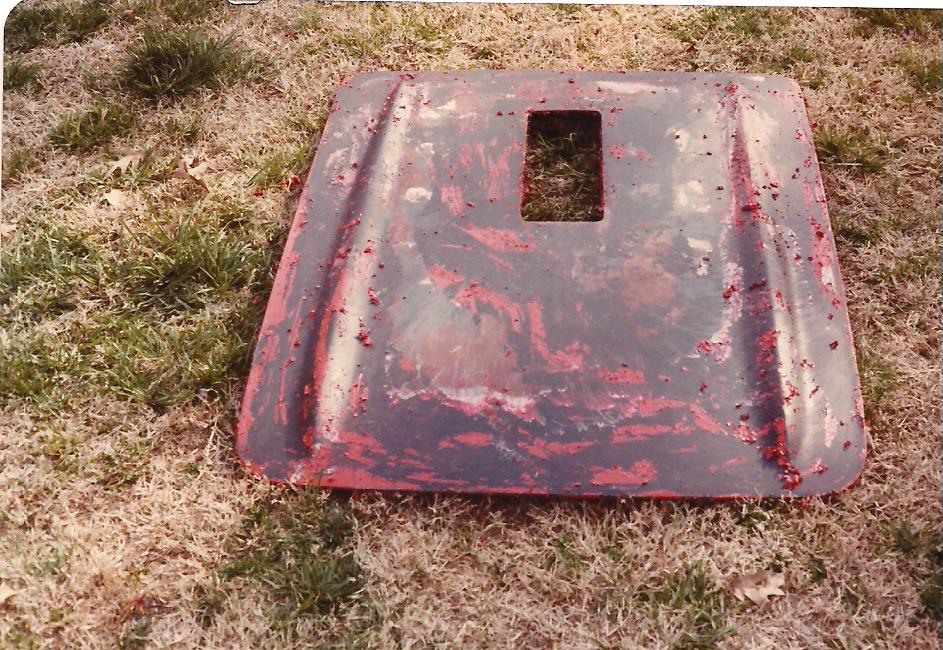 That is a lot of fiberglass mat/cloth and resin followed by skimmed Bondo and a lot of hand sanding. I still have a trick finger. 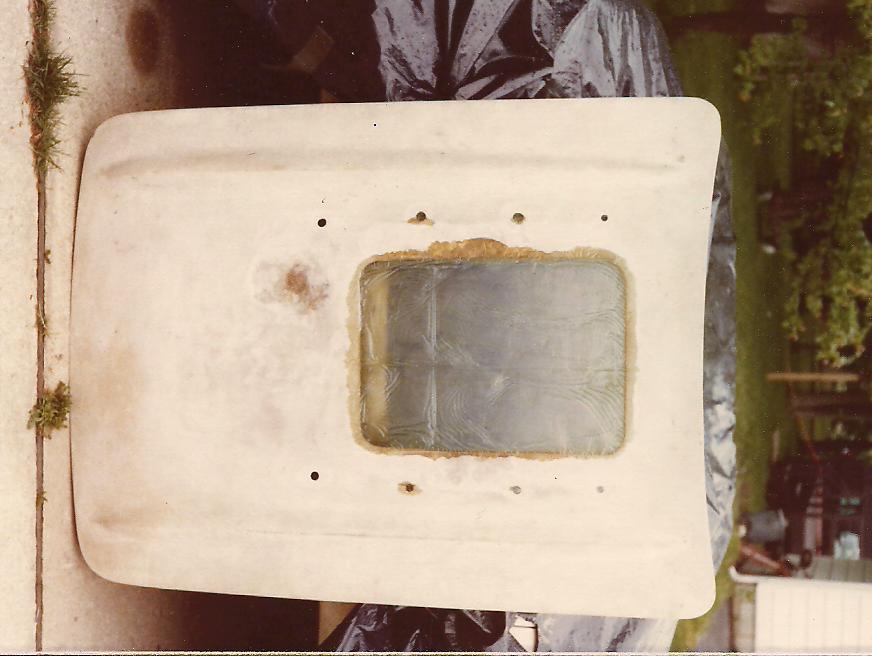 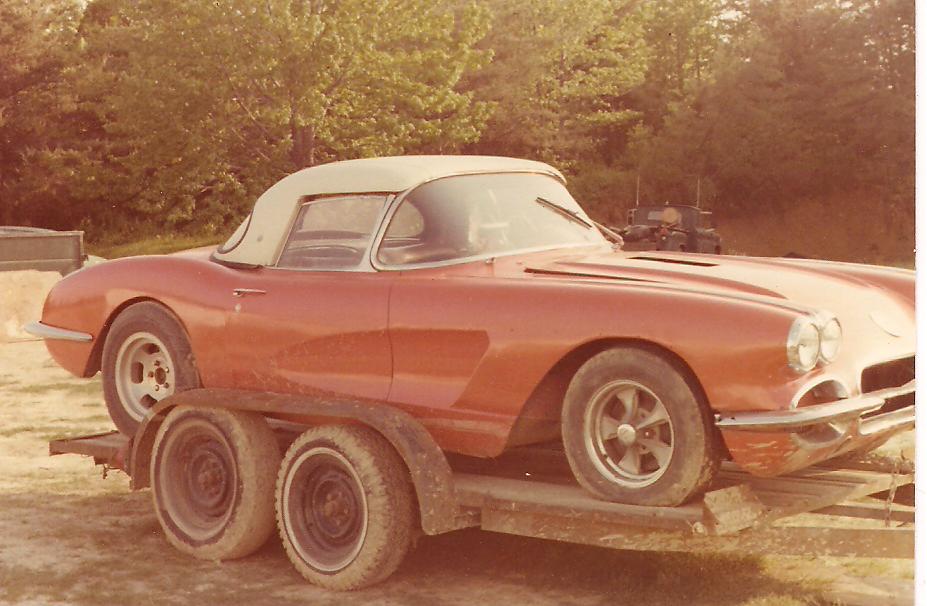 Thanks Bob... Depp, the Vette and the babe that later almoat wrecked Johnny as husband are all glorious in the film, I reccommend you to see it...

I got excited as I was reading thinking they were going to offer to sell it back to you as well.

Johnny Depp…. Good actor, but that’s the only nice thing I can say about him. His anti-American views don’t sit well with me.

Glad to see your car lives on! Nice surprise for sure. 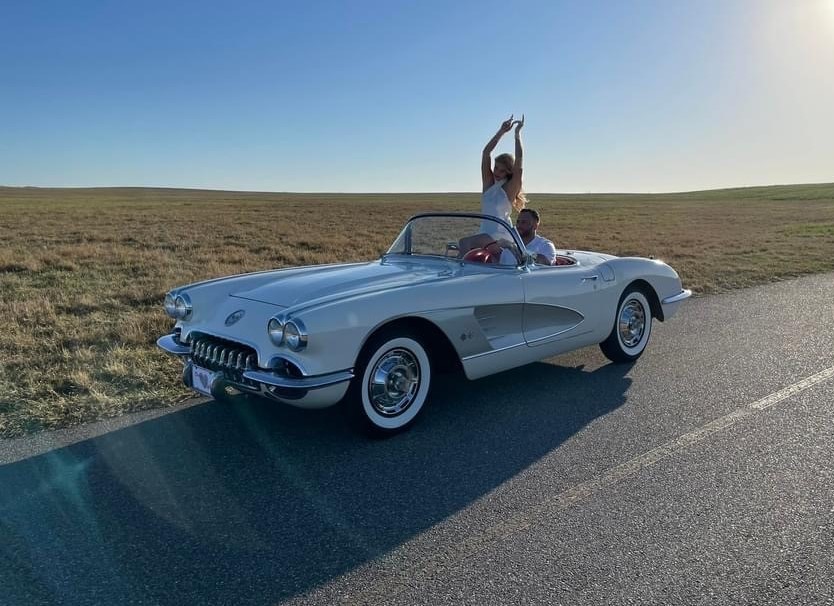 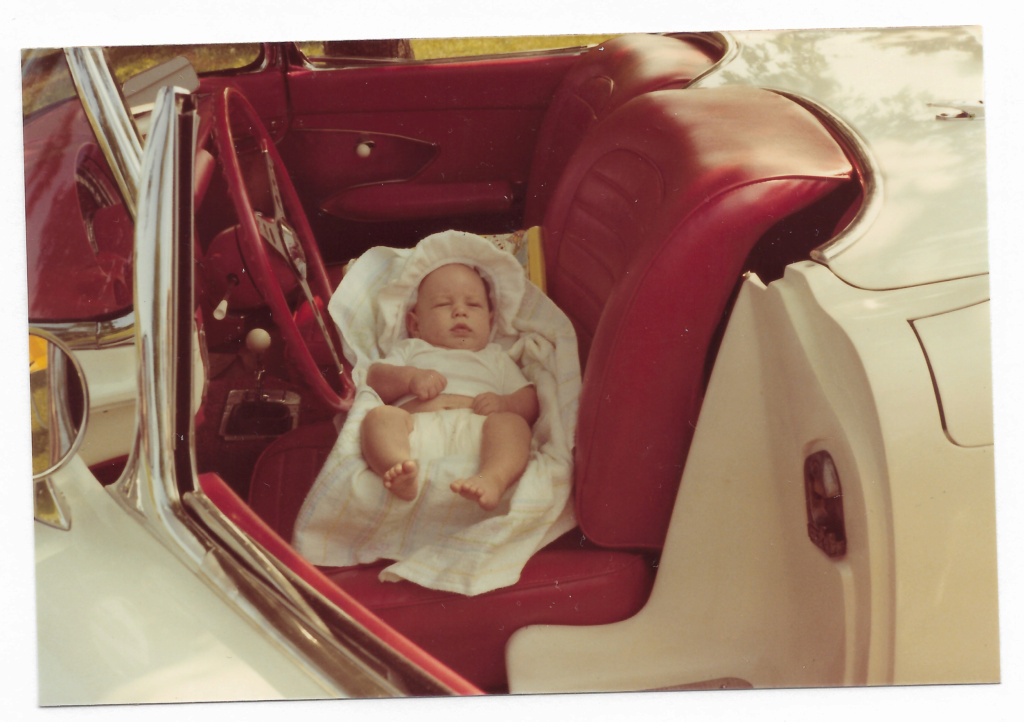 Eighteen years later with his Mom (my daughter) at graduation. 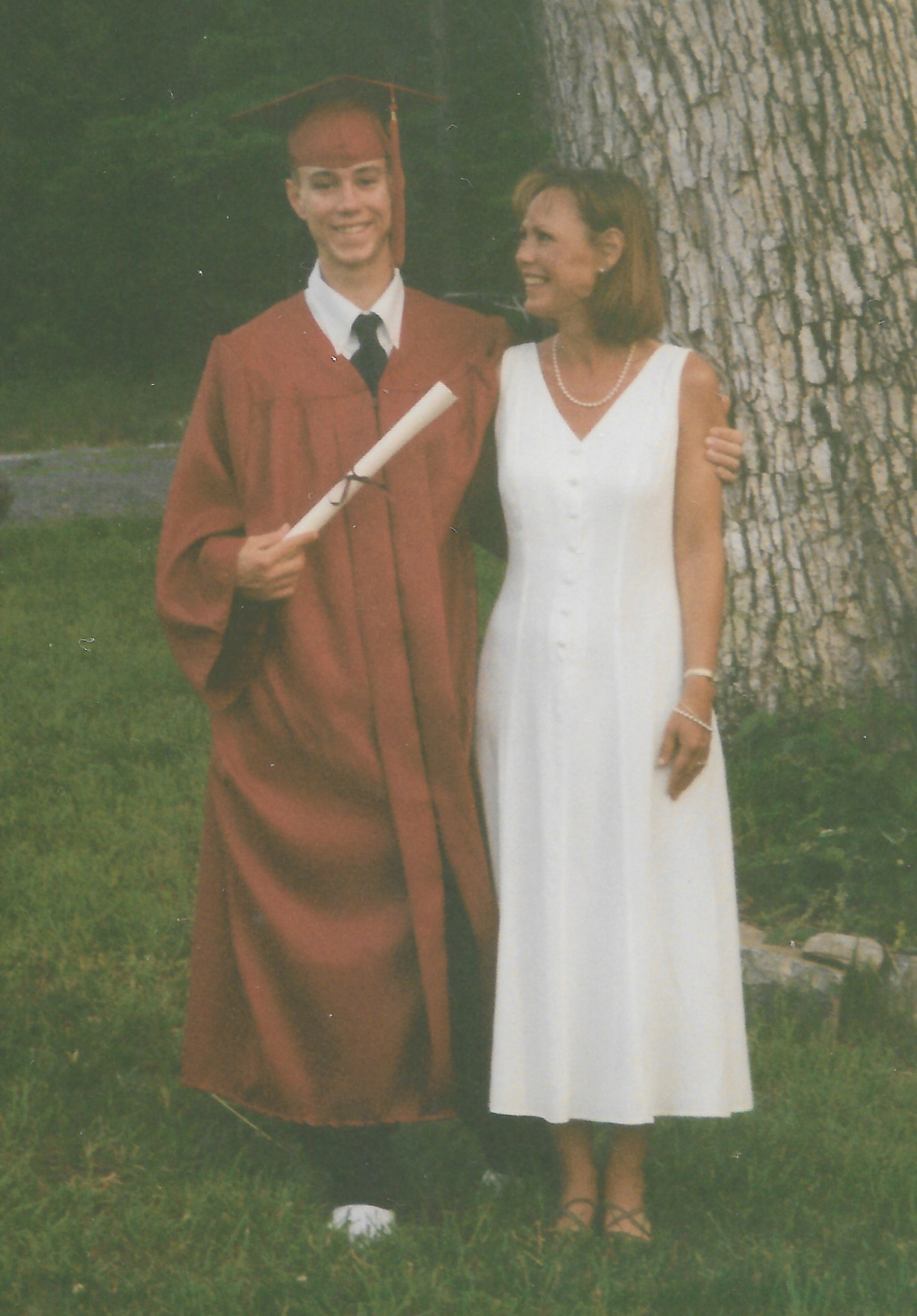