Log in
Search
Latest topics
» Baby bee basics
by rsv1cox Today at 7:44 am

I was recently given this engine, which was stuck solid and I have degummed using methanol. It has good compression and it is now fully free. I could identify smoke out of the chamber after applying 1.5v to the Glow plug so I presume that it works and I have managed to remove the back plate and carburettor. However, the cilinder head and glow plug plate are reluctant to unscrew and I do not have any Cox tool available. I do not want to force them using unspecified tools. I will be happy to purchase two Cox tools if available from Europe. Postage from the other side of Atlantic looks crazy to me. This will eventually be another post. Cheers.

First, I would like to know the engine version and production year if possible. The engine is not for sale in any case. It might be a  .09 but have no clue TBO. See pictures: 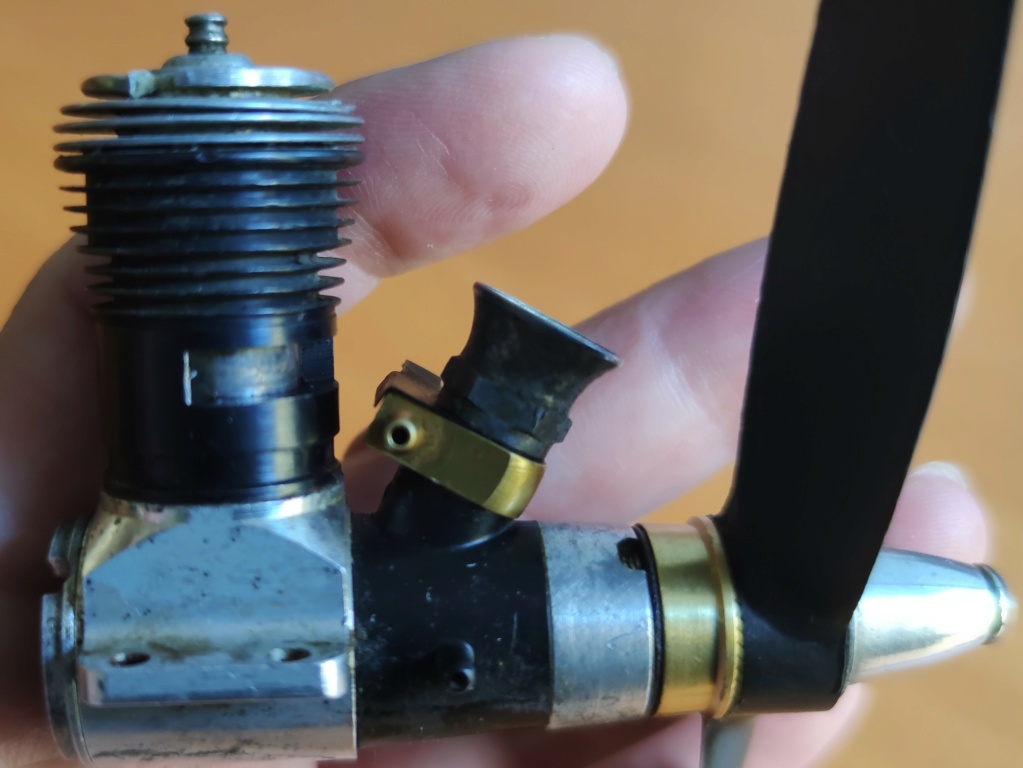 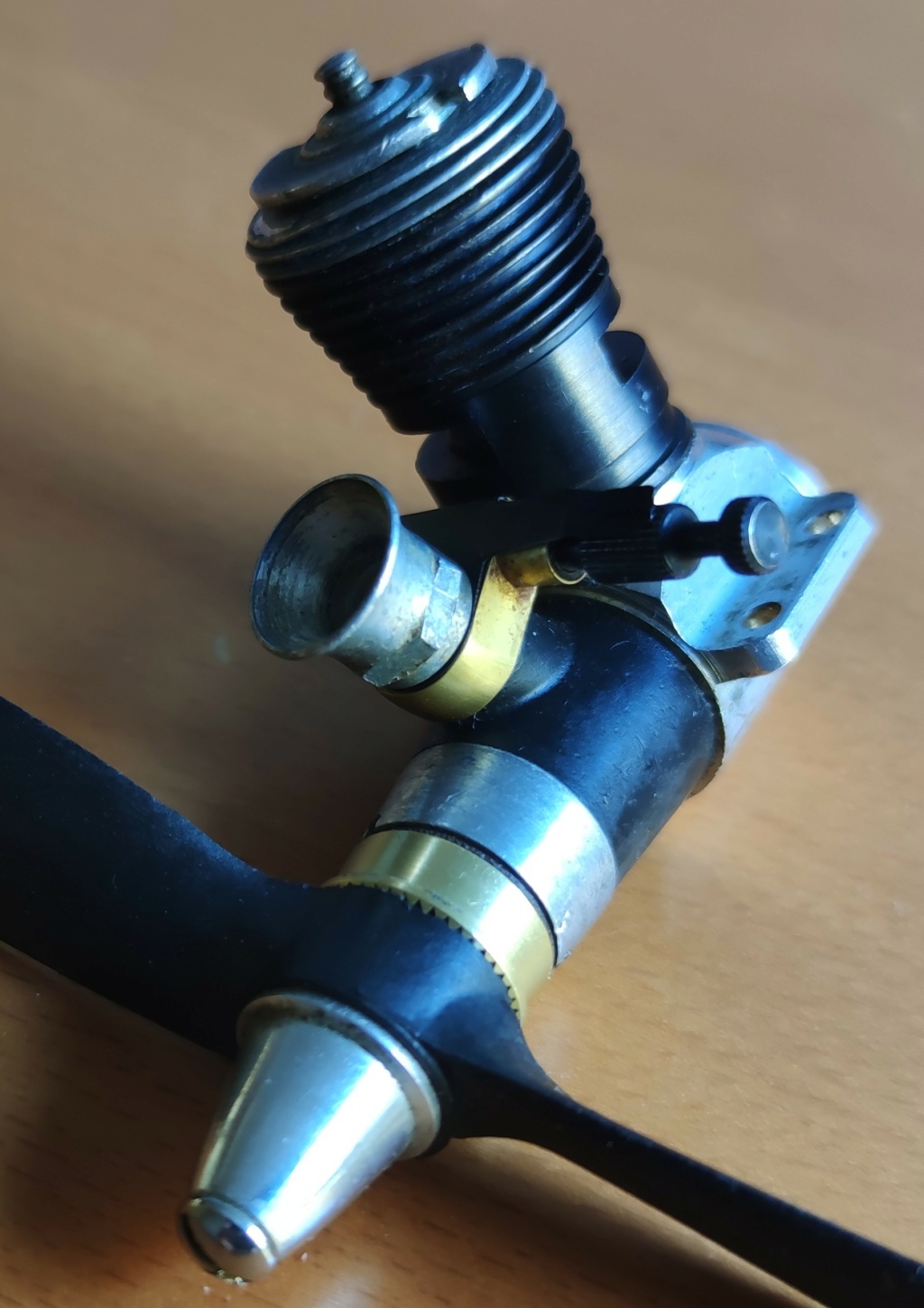 Additionally, I have realised about one disturbing fact. When I move the cilinder to the TDC, the piston overpasses the ports leaving a gap and potentially allowing air leaking. This is not so evident when the engine is lubricated as the oil closes the gap.

I honestly do not think that the piston was replaced but maybe the cilinder was over screwed and therefore, the piston now travels higher up than supposed. Can anyone tell by looking at the position of the ports? Thanks.

The crankshaft and rod do not seem to have been replaced but I can not tell either. 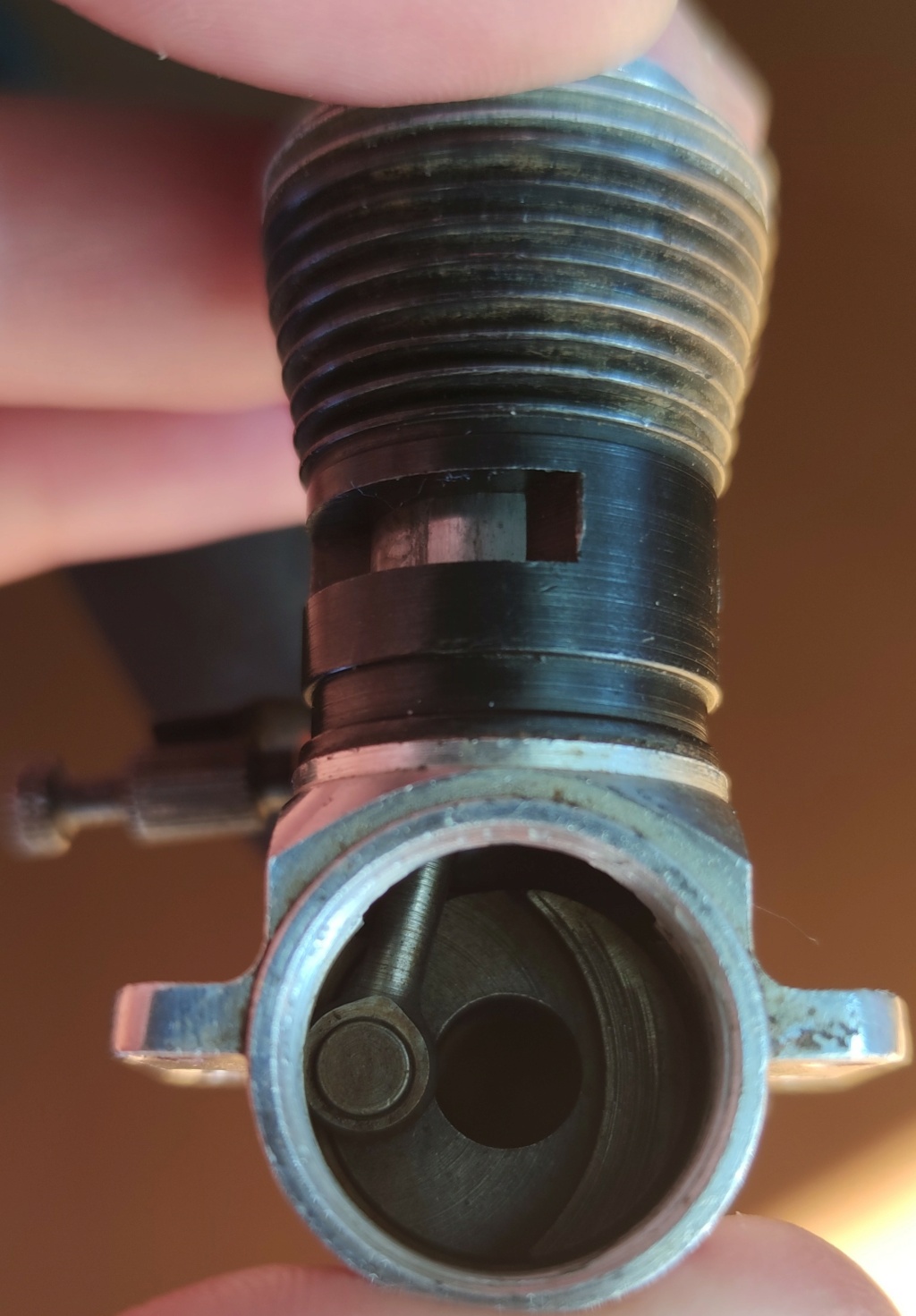 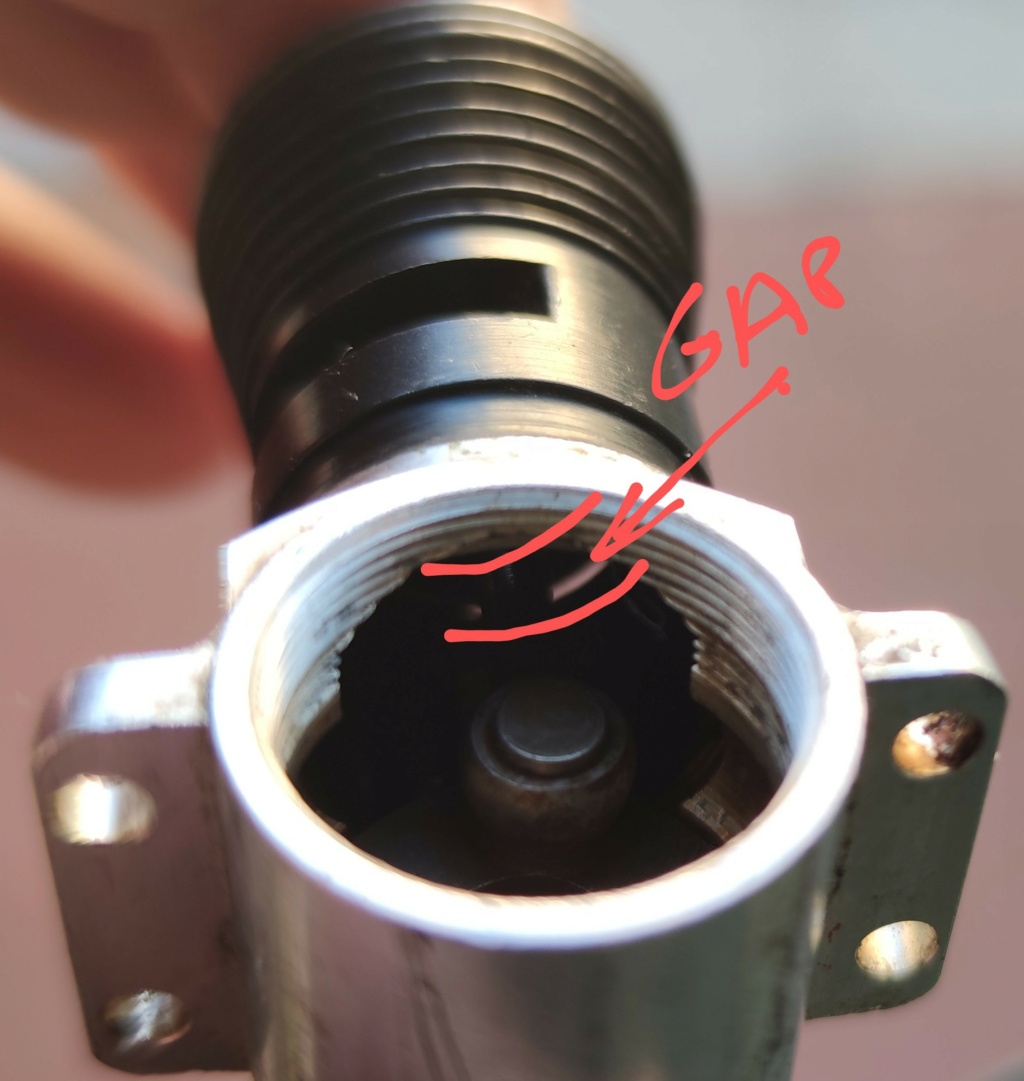 Position of the cilinder at BDC 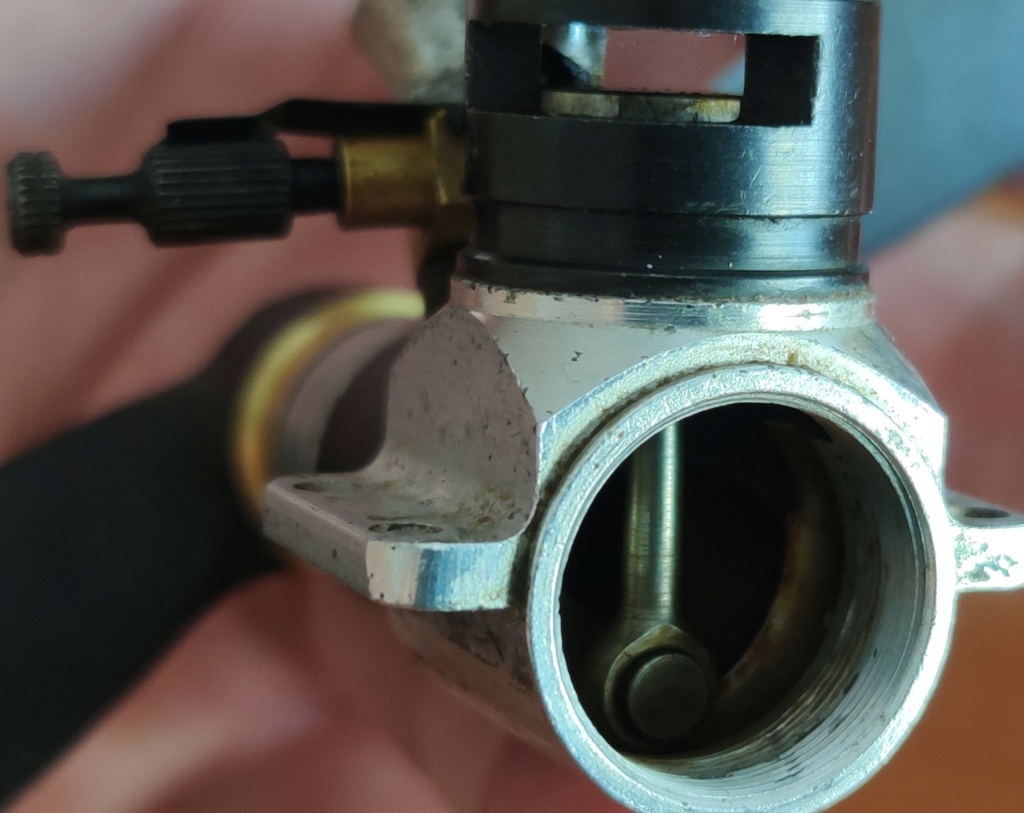 I would appreciate any help regarding the model and the gap issue before starting the engine. Finally, the person who gave me the engine told me that brew his own fuel using 20% castor oil and 0% nitro. Any advice about the oil content for these Cox engines (have my own fuel components; methanol, synthetic, castor, nitro, etc at home).

Best regards and thanks for your help.

P.s. the engine will eventually be mounted on an RC airplane to be built. I have no decided model or scale and are open to suggestions.

I saw your intro post, so I'll sayWELCOME to the CEF! on this thread.
"Mind the Gap"may be appropriate upon entering the Tube, but it can be ignored when starting a Cox engine. In this case the gap is called "SPI" or Sub Piston Induction.
https://www.coxengineforum.com/t1439-sub-piston-induction-what-does-it-do

The gap between the crankcase and piston from the bottom is similar in function allowing fuel/air mixture to be induced into the combustion chamber for the next compression cycle. 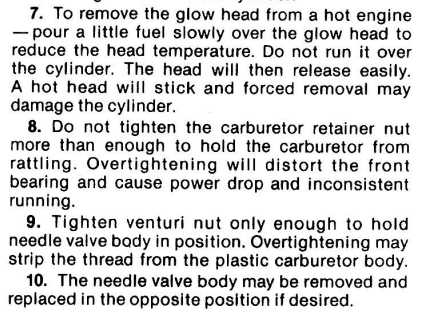 In your case, you could "Heat" the cylinder with a hair dryer or the tip of a soldering gun to soften up the old castor oil and use an Ice Cube to quickly cool the aluminum glow head for a somewhat easier removal. 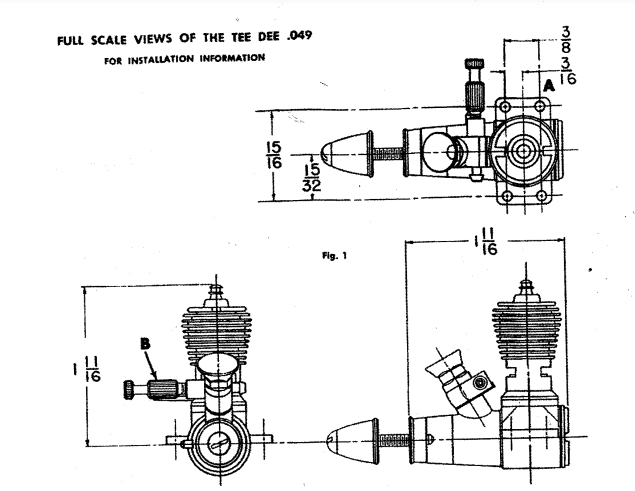 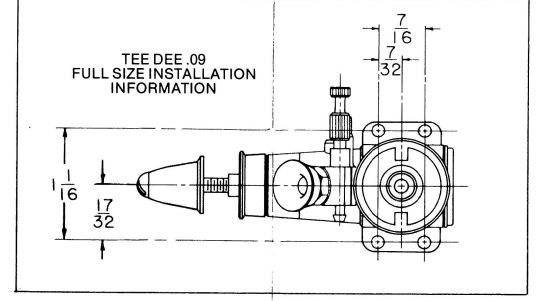 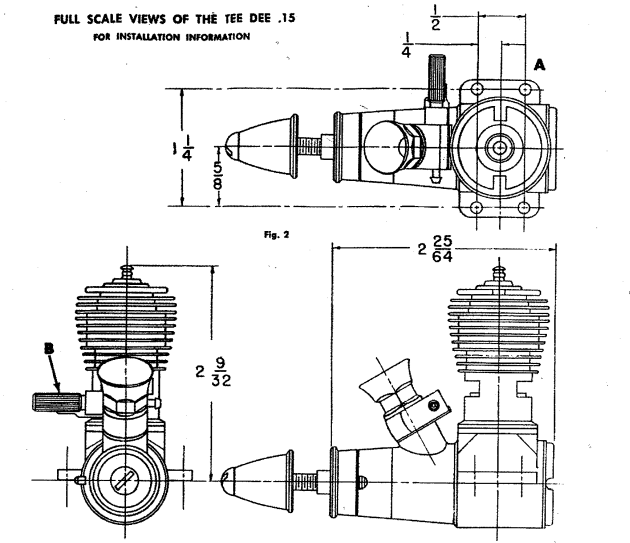 Your engine seems to be an 09 TeeDee. If that is the size indeed, pm me your postal address, I live in Budapest, and have an extra 09 wrench that I would send you for  use on the glow head only. The fork end to remove the cylinder by slipping it over the parallel exhaust openings may cause harm, so I would advise NOT to use that. 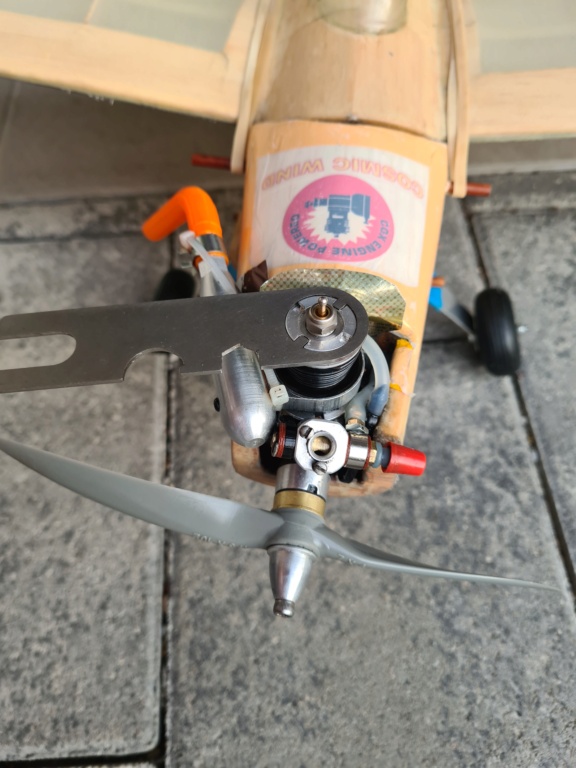 For the removal of the cylinder you may want to file 2 parallel flats on the top fin, and use a regular, 19mm or so flat wrench: 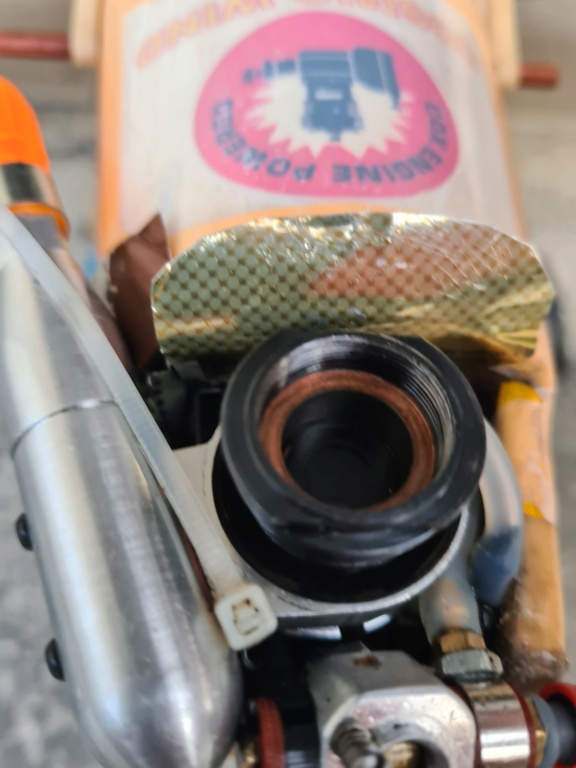 Thanks very much for your replays and the valuable information provided. I just need to pump some fuel in the engine and give it a try.
Regards