Another attempt to avoid work.

Another attempt to avoid work.

I was unpacking another box of modeling stuff and one thing that came to the top is a new Brodak 1/2A engine mount. I love these things and use them for a majority of my 1/2A profile planes. They work great, but they’re limited to Cox tanked Bee type engines or the horseshoe engines. And, although I haven’t tried it, it should work for the Testors 8000 engines. I have probably 15 or so planes with these engine mounts.

Another thing I’m finding as I’m unpacking and looking for space to put everything is that I have entirely too many Cox engines. At least 10 to 20 times as many as I’ll ever use. Since one of things my wife and I are trying to do in our new house is to cut things back to the minimum to prevent clutter, I’m going to cut back on my engines. And since I’m in love with bladder pressure, I’ll be cutting back severely on my tanked engines. I think I want to end up with a majority of rotary valve engies vs. reed valve engines. Not that I don’t love my Bees and postage stamps, but I don’t need more than five or six tanked and a couple of plastic backplate engines. 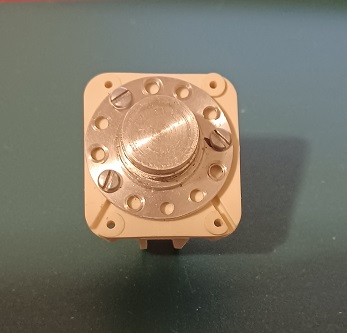 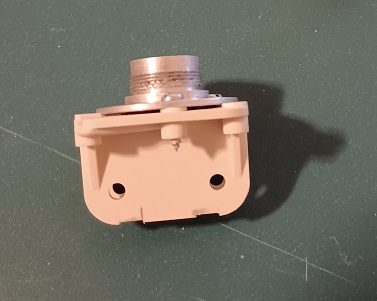 Awesome! Let’s see how it looks with a TD .051 with Kirn Kraft needle valve. 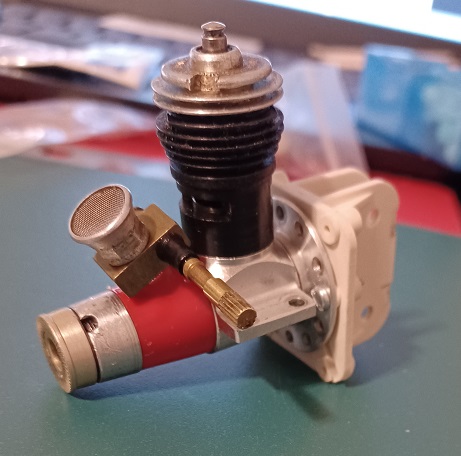 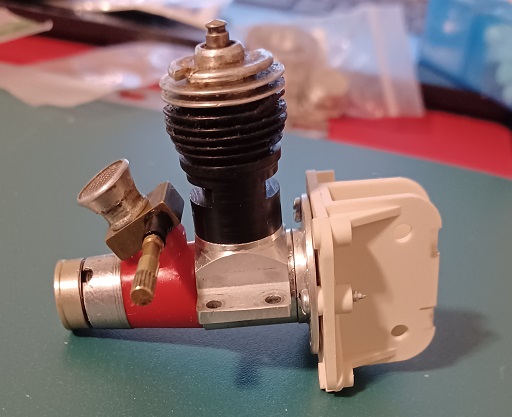 Awesome²! I can get a couple more of the radial mounts and have two TDs and two Medallions that I can swap out between the different planes.

WOW Mark , Thanks for this , i have not put to much thought into it but have a Man Win i made for training people (if interested) to fly but with the Bee engine mount I made for it it Just don't have enough UMF to do anything other than rounds . My son did get a loop out but was not good at all , I may have one but if not know were i can get some and retro fit it to this plane to get some excitement out of it . He can fly balsa but scares me since i am the builder LOL * I even contacted this guy on eBay about making a mount for Med, TD style and he said he would look into it sometime !??

I've done the same for years applying the fine needle valve assembly to my Norvel and AME engines. I just use the 5/32" tubing and solder the 128 TPI Cox assembly into it. Some of the later Norvel engines use the small bolt to retain the venturi. Those cases can just be opened up without the need for the 5/32" bushing. I use the Dubro barbs which are brass soldered onto the end of the spraybar which firmly holds the fuel tubing on. Eric, as for TD or Medallion mounts, the Dave Brown mounts can't be beat. Seeing that crashing seems to be in order, the mounts break easily. This is perfect as it can save the engine and or the plane. I used them for combat for a long time. I don't use the sheet metal screws provided, drill and tap the plastic for 2-56 screws. This prevents the mount from being stressed. I cut a wood block the same angle as the mount and I slide it under the mount to square it up and support it while I drill the bolt pattern.

Thanks Ken , I have some of those mounts and had thought about it but it may bee heavy for the front end with the length also . Darn just remembered about the tank too ! I will have to do some calculations on that .

Similar topics
» Originality, or how to avoid a mongrel...
» Getting Ready to Attempt some Restorations - Newbie
» Micro 12VDC Generator with a Cox .049 Sure Start Diesel Engine
» Cox Sopwith Camel almost ready
» My First Balloon Tank Attempt