Log in
Search
Latest topics
» Circlip coming loose During Run
by Surfer_kris Today at 1:48 am

» Cox Conquest, mods and experiences.
by Surfer_kris Today at 12:24 am

» Cox Hat for the discerning Modeller
by Marleysky Yesterday at 8:46 am

» My father and an old tool box
by getback Yesterday at 6:01 am 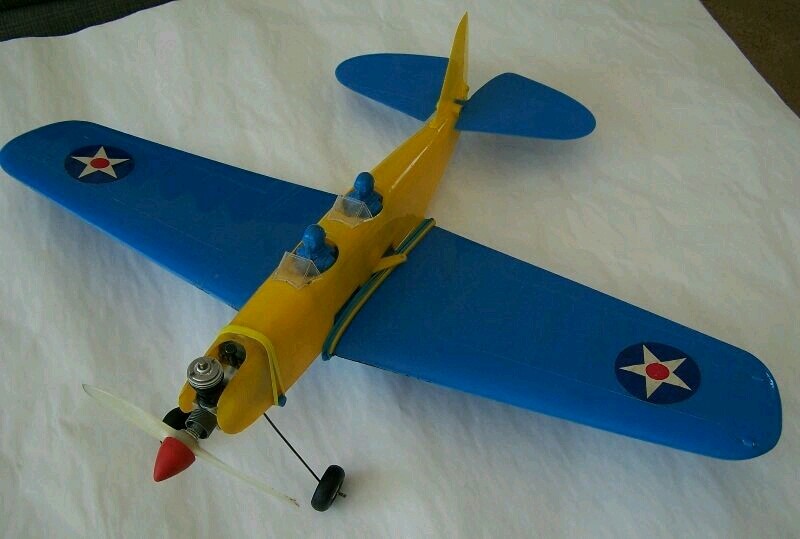 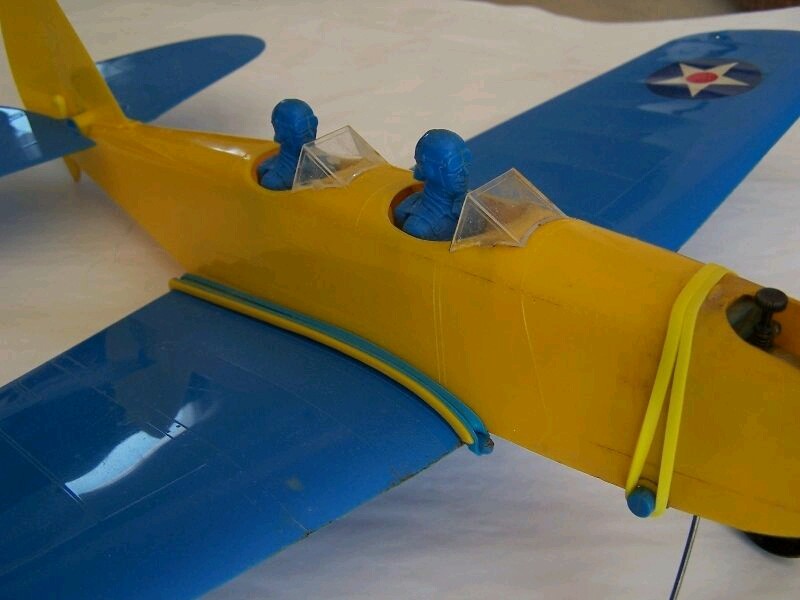 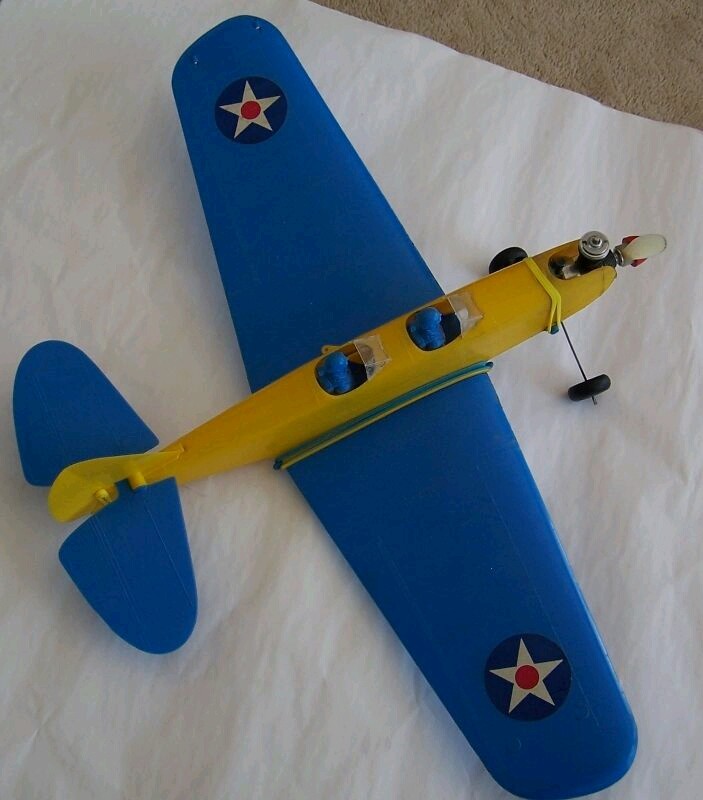 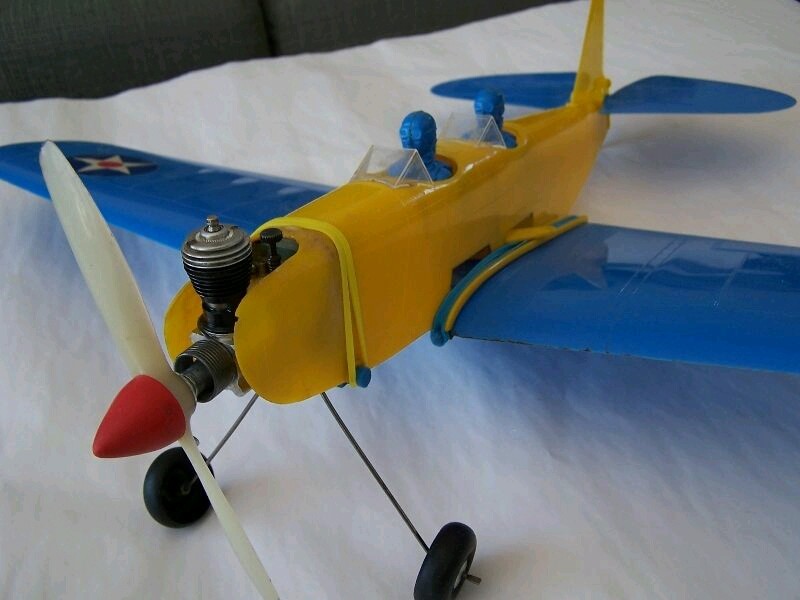 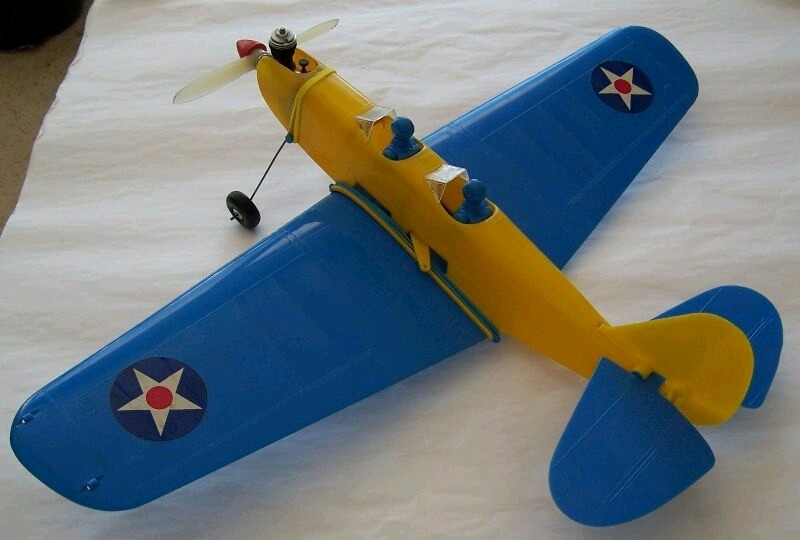 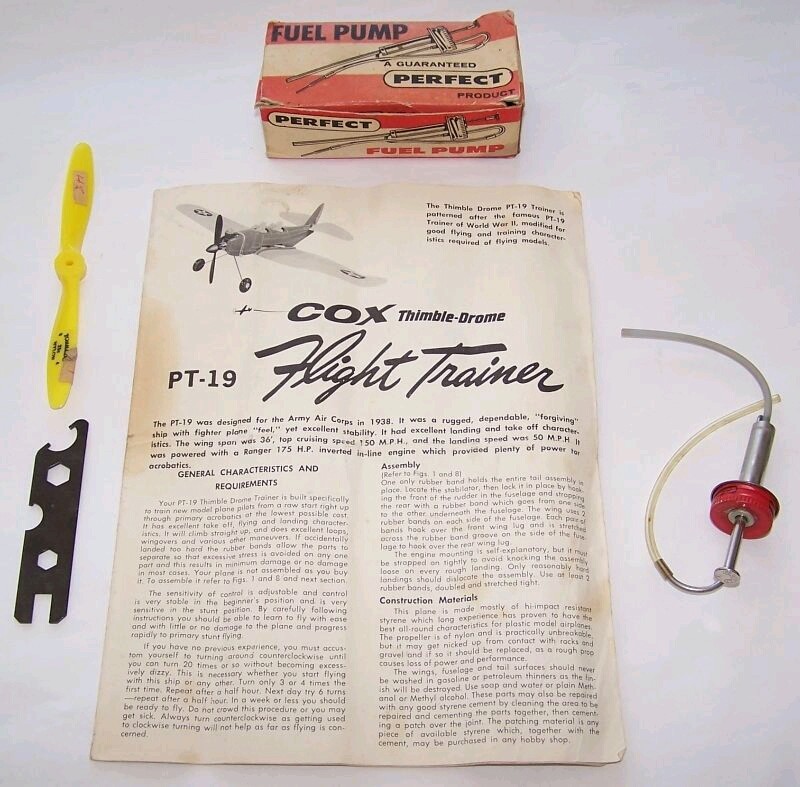 Thx Marleysky...from the information I gathered here on this topic is think it 1st generation reverse colors model. It's at least 1963.

nice plane, yep, assuming the spinner is original (prop is not) i'd put it '63-'65. A couple other clues would be to look for the starter spring groove, as well as the backplate. 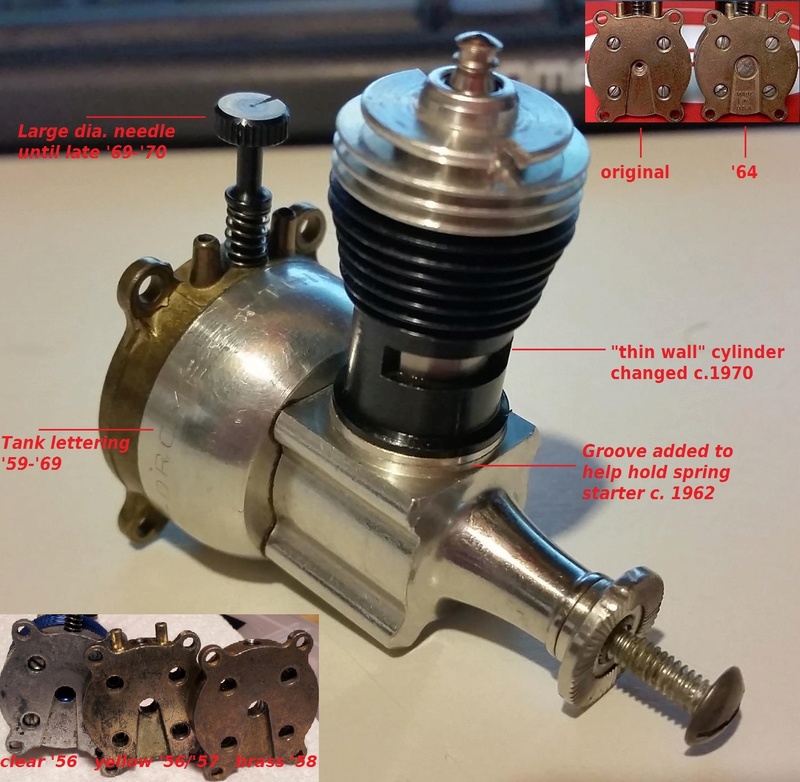 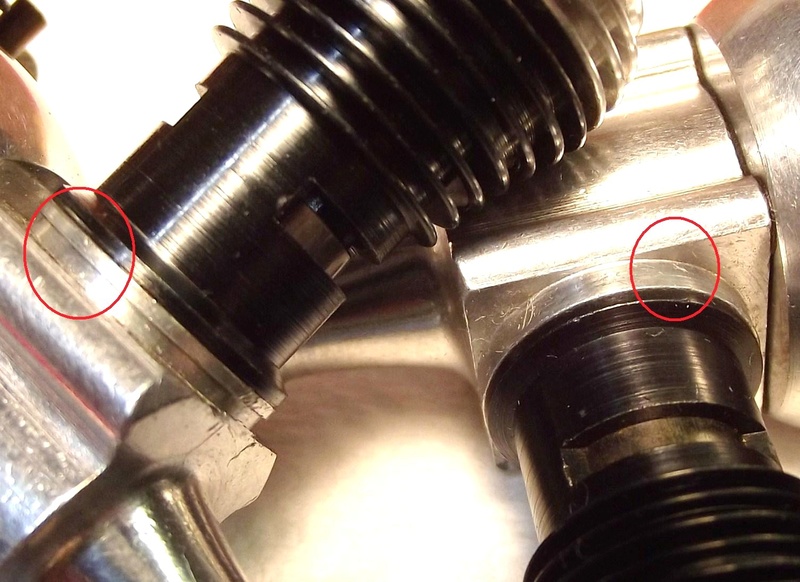 I wonder how well this one flew with the wing on backwards?

Thanks Mark for the engine information. I have not received the model yet as it's in transit but when I get I'll check it. I do have a 1962 baby bee spare exactly the way you described . Swept wing proto type? Can you explain more?

sorry, poor attempt at humor, it's on backwards...

Lol Mark, the wing is on properly. The leadout guides are on the left side of the plane.

Curtis , Welcome to the Forum !! The one one Ebay is the one with the wing on Backwards !! These guys will reel you in if not careful

Nice looking PT-19 with the extras too . (yours)

Lol i'm stupid...thx for the welcome getback. I'm just to excited to receive it...

Here's a different color I have in an early version PT-19. It's a bluish green and bright yellow
It's shown with the more common blue/yellow version. 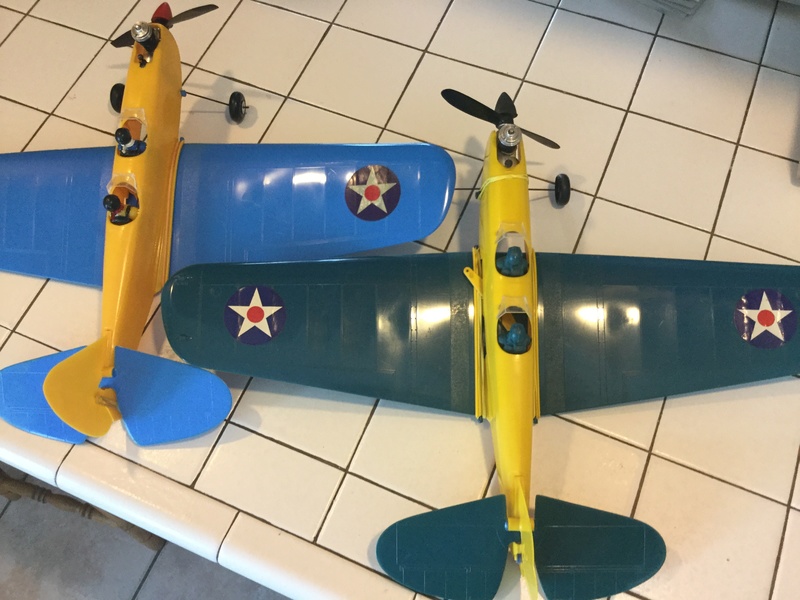 I have a Kenbright,  Made In Australia molded in the bottom of the wing where it used to say Cox, made in USA. I traded it for a NIB Seafire to a guy in Australia about 17 years ago, got the box and everything. The yellow and blue are lighter hues than the USA versions, different dye in the plastic.

When I worked at Cox, they would change molds on the injection machines and "purge" the last color used before with the new color of plastic. The first several parts that came out of the mold were the old previous color for example if they were running the jeep before, then switched to PT-19 fuselage mold, the first fuselages would be ARMY OD green.  As the new blue plastic mixed into the hopper and melter, then the next parts would be a blueish green, with Sherbet type swirling of the colors. After a few dozen parts were run, then the new color would clear up. We used to go by and grab these odd ball colored parts, as no two were alike in color due to the mixing of the old and new plastic.

I had a PT-19 wing that was red and white swirled like a peppermint candy cane, with some pink in it as well!

For proofing of the molds, done for first time evals or after mold repairs and modifications, we ran clear plastic, so they could see any flaws and stress in the parts. My friend has an all clear PT-19, and Mustang.

One example of the color blending process can be seen on the WW-1 Fokker, and Sopwith Camel Props.

jmendoza wrote:I have a Kenbright,  Made In Australia molded in the bottom of the wing where it used to say Cox

Well I really think it just needs to come back home to Australia.  I'll send you my address if you like.