Log in
Search
Latest topics
» Just HOW do you test compression??
by Surfer_kris Today at 8:39 am

» Some Action on Breezy Hill
by getback Yesterday at 5:31 am

Once again I'm fooling with the Thunder Tiger on the Shoestring. Since I'm more trained up now and finally have a great handle, I've really enjoyed the feel of the Shoestring the last couple of times out, and wanted to try again to get a steady engine run.

So, now that my Fox has brought my attention back to glow plugs I see something I didn't know before. I have been following the TT manual and forum advice that both said, "use a standard long plug of medium heat such as an OS8." So that's all I've used. But now that I have a few engines, I've been comparing the plugs that they came to me with. Most have a plug that is 1mm longer than the OS8. The OS8 threaded portion is 4mm long. The Sig RC Long I used in the Fox yesterday, and the ones in my other engines are all 5mm long. So my question is, if an OS8 is called long, what are the longer 5mm plugs called? While I had it on the table, I put the best looking 5mm plug I had in the TT. I'm also planning to try some 20% nitro, rather than 10. The TT manual has two ambiguous statements. On one page it says use up to 20%, and on another page it says only use 5-10%. To hell with that, I've mixed up some 20%, but didn't get a chance to try it yesterday. I will next time though.

I read back through the whole Thunder Tiger thread to make sure I wasn't asking something that had already been answered. Ken, Mark, Kris, Andrew, Warren, Phil and so many other experienced engine guys whose opinions I value have given me so much advice, I don't want to frustrate them by asking the same thing over and over. I fear I've done that in the past.
Rusty
_________________
Don't Panic!
...and never Ever think about how good you are at something...
while you're doing it!

It really is quite confusing.

I don't have much in the way of advice. For Fox engines I use Thunderbolts. Why? Because that's what I was told to use. I used others but they sucked. The thunderbolt has never let me down.

My best advice for your TT is to find someone that uses the same engine successfully and find out what they use and use it. Better yet, find several users and see if there is a consensus.

@Cribbs74 wrote:It really is quite confusing.

I don't have much in the way of advice. For Fox engines I use Thunderbolts. Why? Because that's what I was told to use. I used others but they sucked. The thunderbolt has never let me down.

My best advice for your TT is to find someone that uses the same engine successfully and find out what they use and use it. Better yet, find several users and see if there is a consensus.

I did, at RCU, and they pretty much say the OS8, as does the TT manual. I've tried so many things, I'm just hoping to get lucky even if I can't explain why it works. And I was noticing the difference between long and longer plugs and wondering what's that all about. I probably should have formulated the question without bringing the Thunder Burper up.
Rusty
_________________
Don't Panic!
...and never Ever think about how good you are at something...
while you're doing it!

If everyone says use the OS8 then that's what I would use.

You do have a common link between the two planes...

Rusty,
The really long plugs are the actual long plugs. Somewhere along the way some manufacturers shortened the length a bit and still call them longs because they work in place of the REAL longs.
Be aware that some of the REAL longs (with idle bars) will hit the baffle on some of the very old engines that use an offset plug if the bar ends in a certain position when tightened down. ALWAYS turn the old engines over after replacing the plug.
Most engines .15 and larger can use those medium plugs whereas a true long plug might be marginal. You can always remove the head and observe how far the plug extends into the combustion chamber. A general rule of thumb is to fit a plug flush with the head. Of course there are always exceptions.
So now we have plugs that are short, medium, or long in cold, medium, and hot heat ranges.
And, for newbies, you match plugs and fuel to an engine's prop and compression range to vary the firing timing to optimum.
For most of us these things are not extremely critical but generally, a cold plug is used with high nitro fuel and a hot plug is used with low nitro fuel.
So there's one version of glow plugs 101. :-)

Thanks, George. That answers exactly what I wanted to know. That the term has become confused doesn't surprise me at all.

As I said in my first post, glow plug experimentation was on my list of last ditch hopes for my Thunder Tiger Pro 25. That and hotter fuel. So in the name of expedience... what, me hurry... I broke a cardinal rule of troubleshooting, and changed two things at once.

I changed the fuel and plug. My hope for a cure was sparked last month when I dusted off the Shoestring for the first time since Huntersville and tried running the TT on pressure, and it seemed to respond positively, with less cutting out like it has always loved to do, even in the most gentle turns. But a week later, and false hope was apparent. Previously having used 10% fuel, I mixed 8oz of Sig 35 and 8oz of Sig 15, so whatever % that is went into it, and so did the Sig RC Long I had good results with in my Fox. Damned if that engine didn't wake up and run like hot silk through three test flights. Three flights of slamming corners and wingovers without a hiccup. It did slow a bit one time, but under duress that might have caused any engine to blow its britches. Listen for it in the video I'm going to post later today.

There are three different lengths of glow plugs (not counting the 4-stroke ones...). These have roughly 3, 4,and 5 full threads to them.

You can try to peak down the hole in the head and count the number of threads in the head, and then match to a glow plug with the Cu-washer in place. A better check is to simply take the head off and have look at the combustion chamber. On the Fox .15 BB, they recommend a Fox short reach plug, but the medium length OS#8 is a much better fit;

Below are two images of a Fox .15 head, first one is with their own short reach plug (which is a little too short), and the second picture shows an OS#8 in the same head (a much better fit visually...). 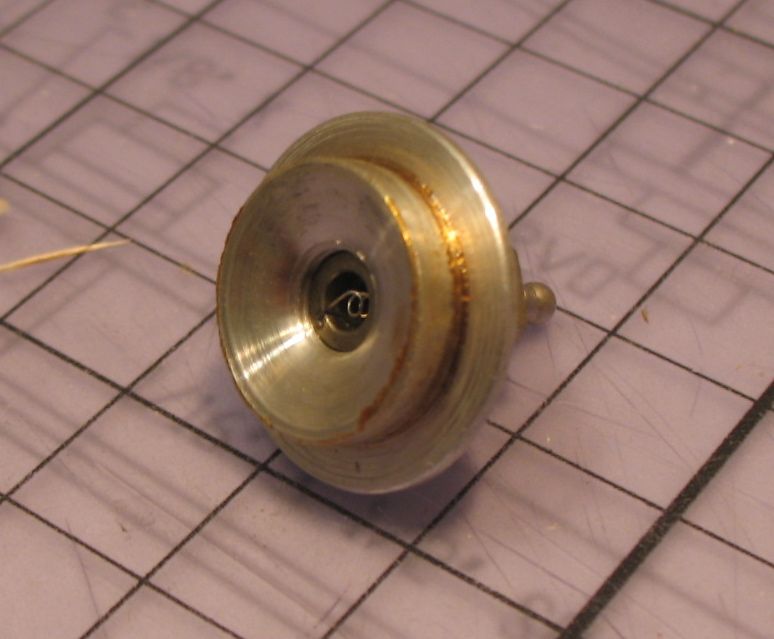 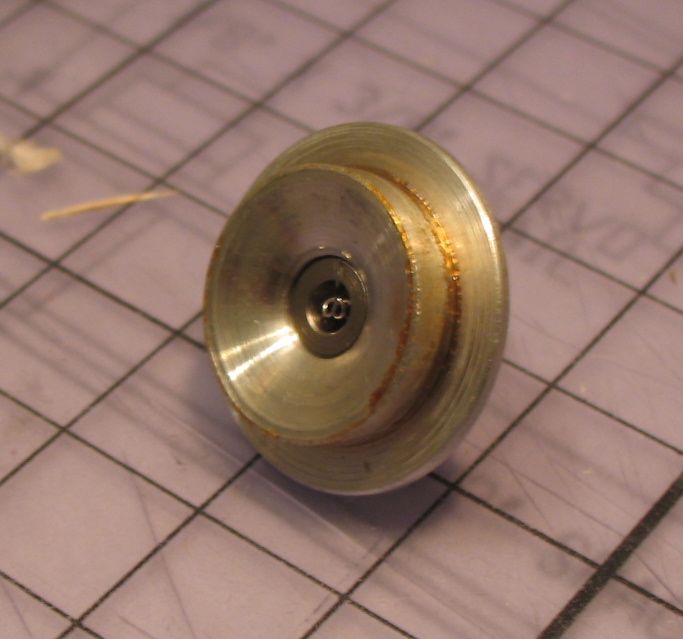