I have a Cox snowmobile. The problem is everything on this guy is in great or NOS shape except one thing. The main hull is cracked in multiple places.

Does anyone have an old one of these guys they'd be willing to part out to get mine up to 100%?

I'd be willing to pay top dollar as parts for these are rare.

but could you throw some pics up, I never even saw one before

Very rare item, you need to put some pics up in the gallery for all to enjoy. Only seen 1 other up close at a swap meet and it was ready for the trash bin. epoxy queen all over.

I posted some pictures of the Skidoo. I paid waaaaay too much money for this thing on Ebay about a year ago. The track that came with it was dry rotted and completely deteriorated. I lucked out (I guess) and bought a NOS track and windshield for it about a month later on Ebay. I think I paid more for those parts then the entire snowmobile!

I was thinking if I cant buy a NOS hull or one that's used but in better shape then mine, I will likely repair all the damage to perfection with epoxy putty, then cast a mold using the stock part. I then could make a new part out of epoxy fiberglass.

I never saw one of these either until I looked for over a year on Ebay. My cousin had one when he was a kid and destroyed it. I ended up with the engine, that was all that was left.

Very cool toy for sure.

Anyone ever try that with these old parts?

I think Jason Wi was moulding a new carb body for his Olympic .015 rear drum
Engine.

Lemme see what I got. I will get pictures later. Not to be an as%$^le, but it was given to me by a friend and was planning on restoring myself. But I will post pictures anyways, and will talk to buddy to see if he minds. Later.

Here are my pics.

Sorry as I thought mine was in good shape. Belly is broken at the engine mount. Got the other parts, or most of them. Track is shot and missing pieces too.

This guy has the right idea.

Never seen one in action.

Never seen one in action.

Neither had I but I also beleive the poster of the video does not know how rare that is.

Maybe not, he sure was giving that pull start a good workout.

@cribbs74 wrote:Maybe not, he sure was giving that pull start a good workout.

I find that with land vehicle RC engines it takes more faster "jabs" at the starter to get them going.

Looks like your tub is busted where mine is.

The smaller parts would be easier to cast in resin and then send off to have chrome painted. The tub on the other hand is a pain.

I bought that NOS track and immediately thought to cast it in a mold to make a new track out of RTV. At least then you could run it if you wanted to. It would be fairly simple to do as the track is basically a big circle shape when laid on its side.

There has to be some large boxes of spare parts for these sitting in some basement somewhere. They almost never come up for sale on Ebay.

Check out what this one went for on Ebay.

One currently on eBay. It's a little rough though..

Previous pics in this thread seem to be gone.. so here's a few from that auction for reference. 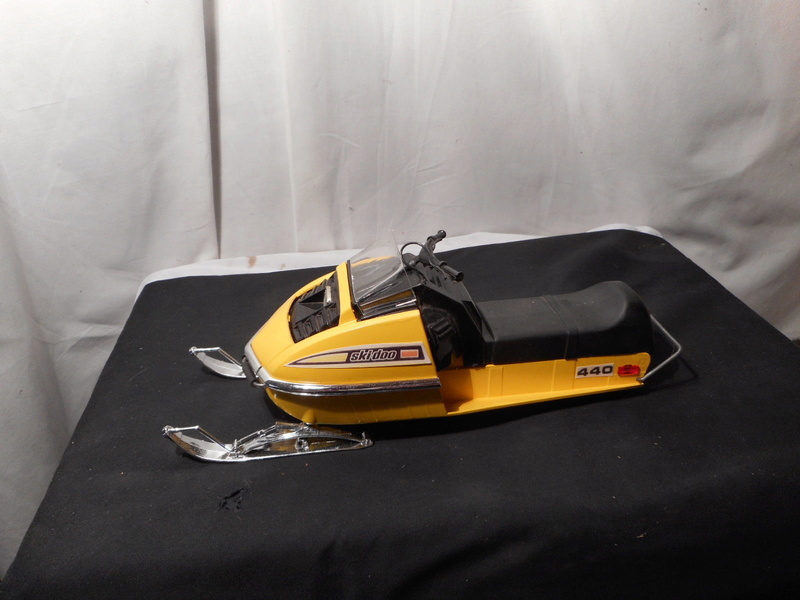 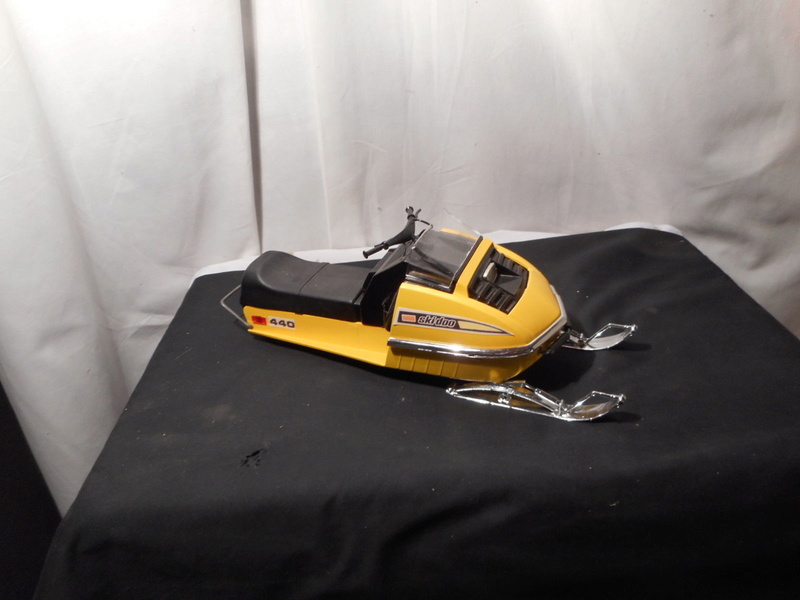 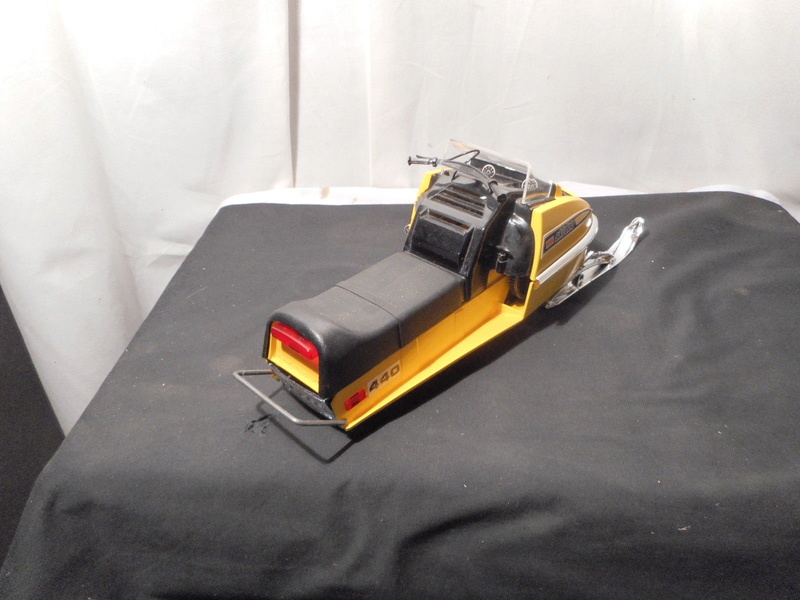 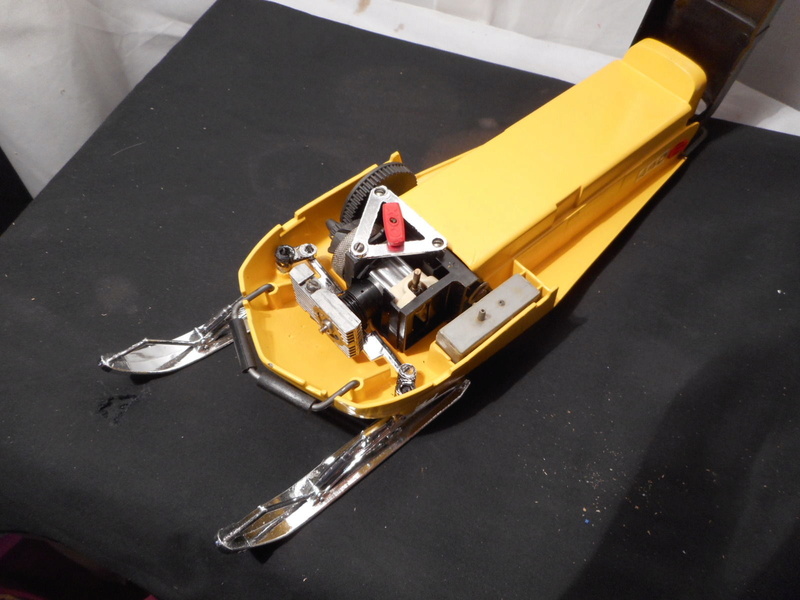