My 09 II and some papers.  The throttle arm is not original; the previous owner removed the original plain bent wire and installed a conventional throttle arm. 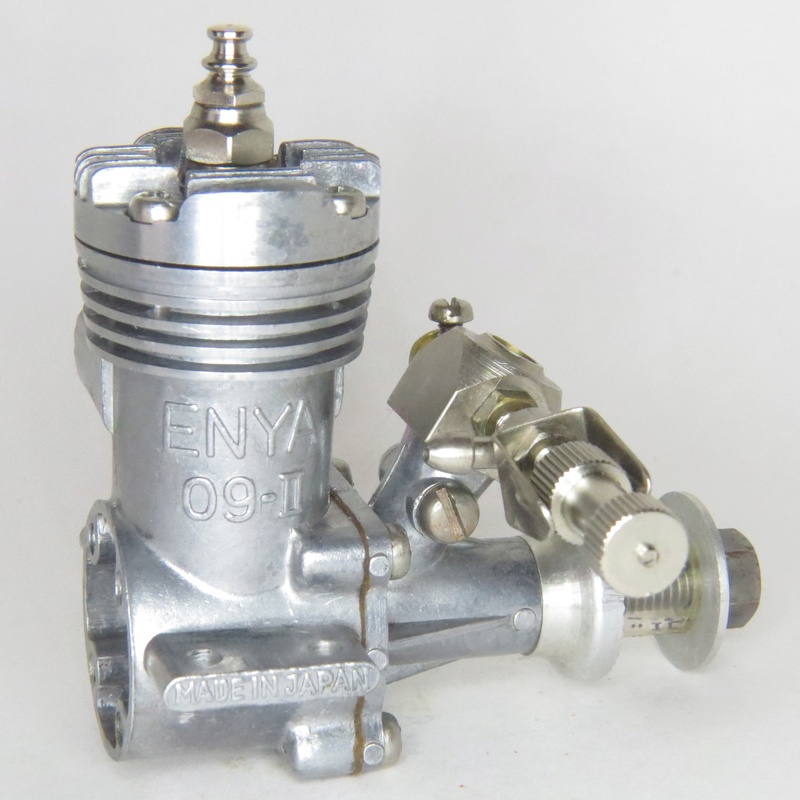 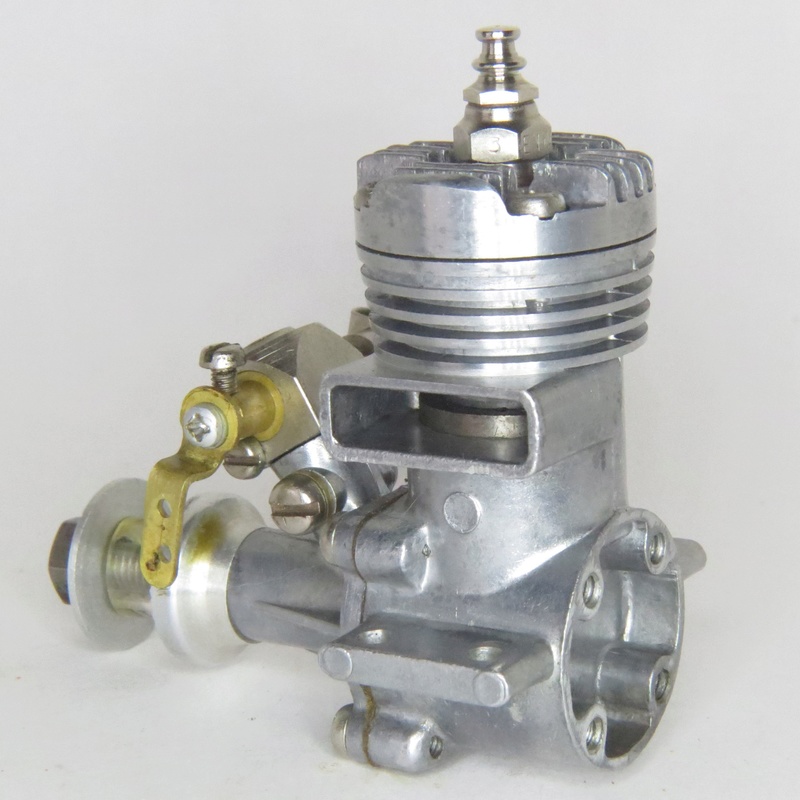 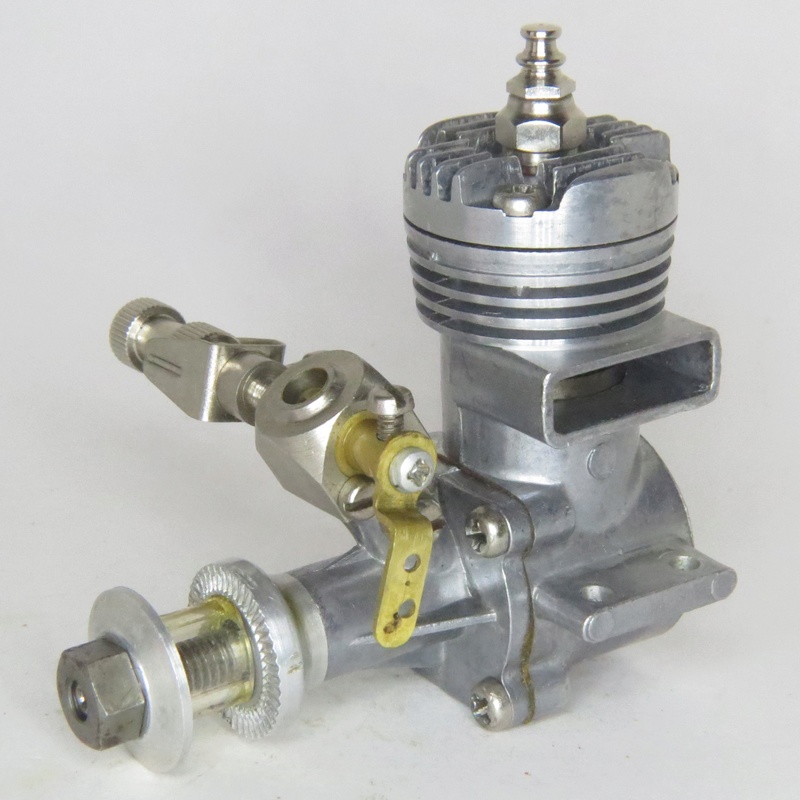 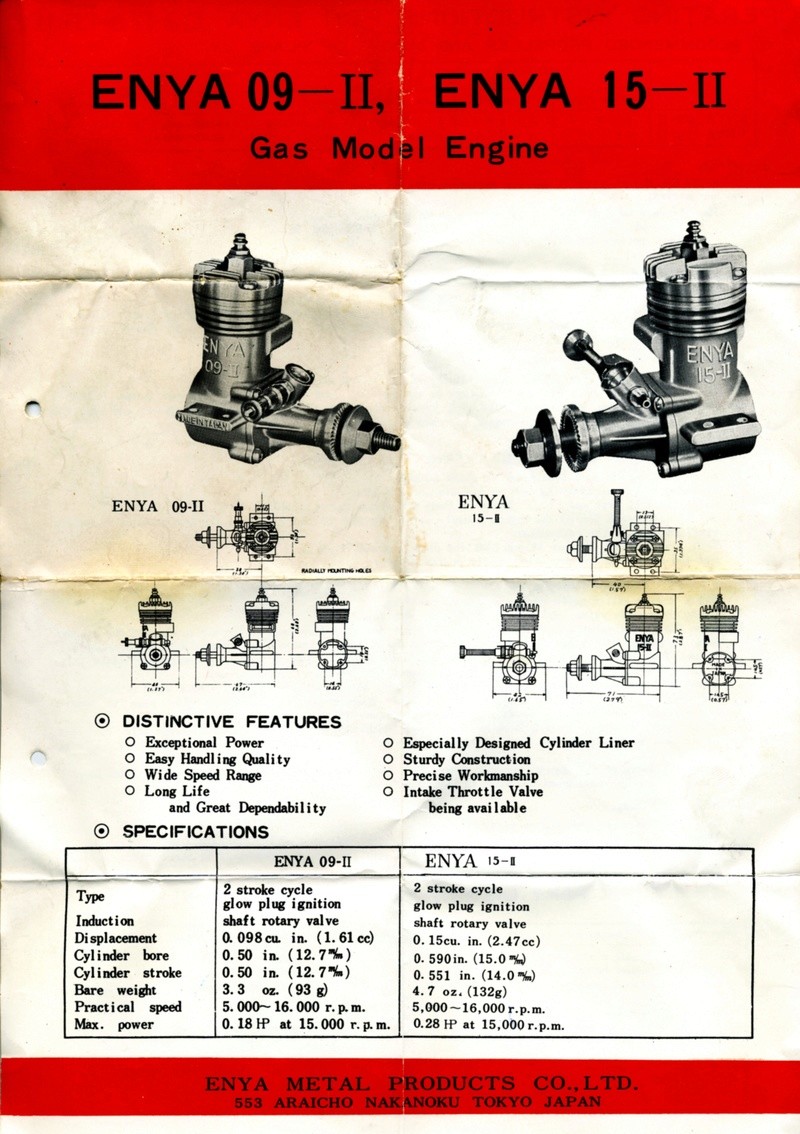 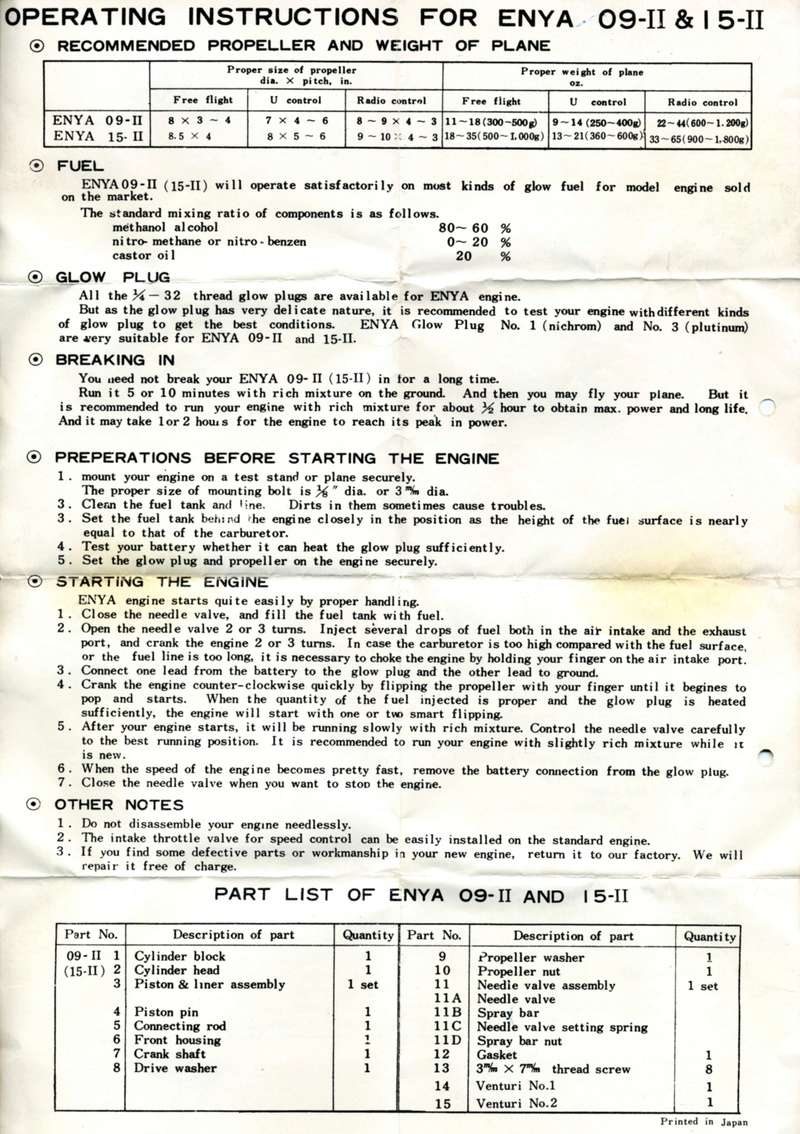 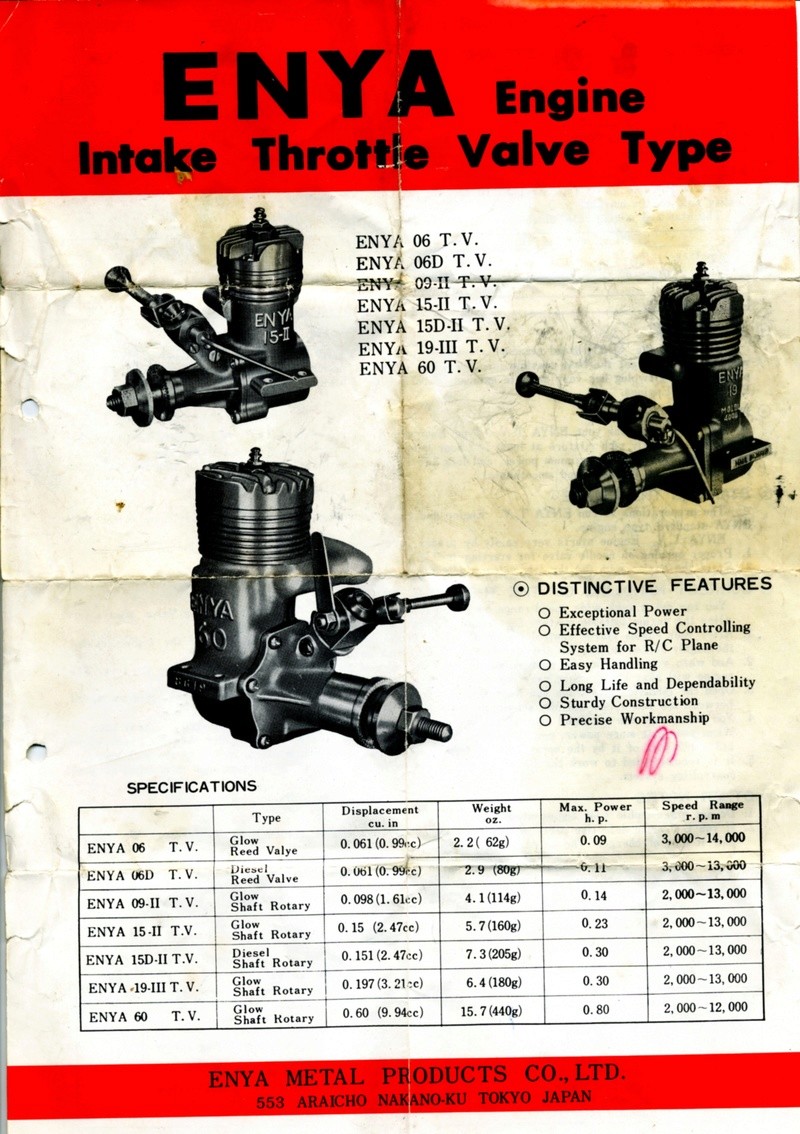 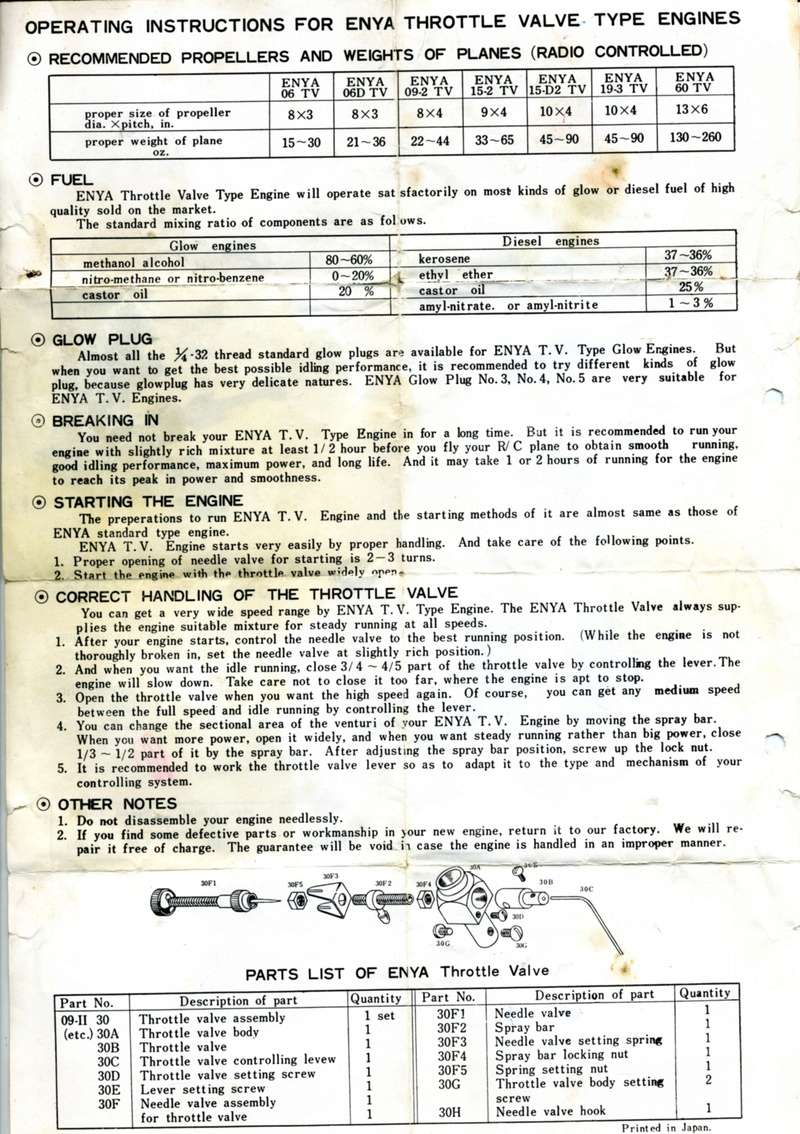 He had me as "helper" and I was stoked for a life of love of ALL things aviation ad Motors!

The first ever Enya I saw was around age 9 or so on Island of Formosa (Taiwan) where my dad and I were just starting to figure it all out and actually build models that would fly and the skills necessary to try and keep the months of evenings building and finishing from being obliterated in two laps...OK... I know I can do a longer sentence

Any Way the AF, Navy, and Army guys all got to island hop. In our area a guy, who was also into model airplanes, brought back from Okinawa, a new Enya engine  (no memory of the size)...but compared to the early McCoy was a true work of art...

I remember at least 6 guys, with my dad, at the flying site just running and grinning but negatively commenting on this Jap-(anese) wonder of an engine..
.
Comon lighten up, it was the early 60s, and "Buy American" was NOT a yet an National slogan ----but a subtly ingrained mantra since the War.......

However---- I was aware enough, to see that they both loathed, and admired, this little jewel of an engine...

Retrospect... by now the very short life of a $7.89 McCoy was an aggravation ---and the more expensive Fox $12.50 in the Base Exchange was not that much better... ( I doubt ANY of my dad cohorts or I had any clue about OIL/Nitro/Meth mixes need for good life) and more to the point...it seems to me all engine runs were adjusted for Max RPM on the ground...some of you will know this is a bad Idea

Not too sure when dad and I became aware of other engine brands ...in our limited world..Cox, McCoy, Fox, and (can only get in Japan) Enya

Of course, by the mid 60s this all changed and we started having the extra bucks for magazine subscriptions ( I doubt my dad- nor I-Ever read any Model magazine before 1964)

Later in life, my dad told me he used the McCoy Ignition engine for the first plane he built---- because he and his brother played with cast aluminum tether cars (late 40s early 50s) with that brand engine...But he said he alway wanted a Dooling..... (side thought..he died before I could gift him a very cool Dooling 60 tether motor I got on e-bay)...the back then price of $599 for the period correct chassis---- was not to be... sorry for the sideways slant

Ive been collecting Dooling for a while now, most of the pre-war stuff is out of reach for me.
Not long ago I came across a mis priced Dooling Mercury rear drive new listing that was way too low, I hesitated for a second and it was gone.
This .61 I have carries its own magneto 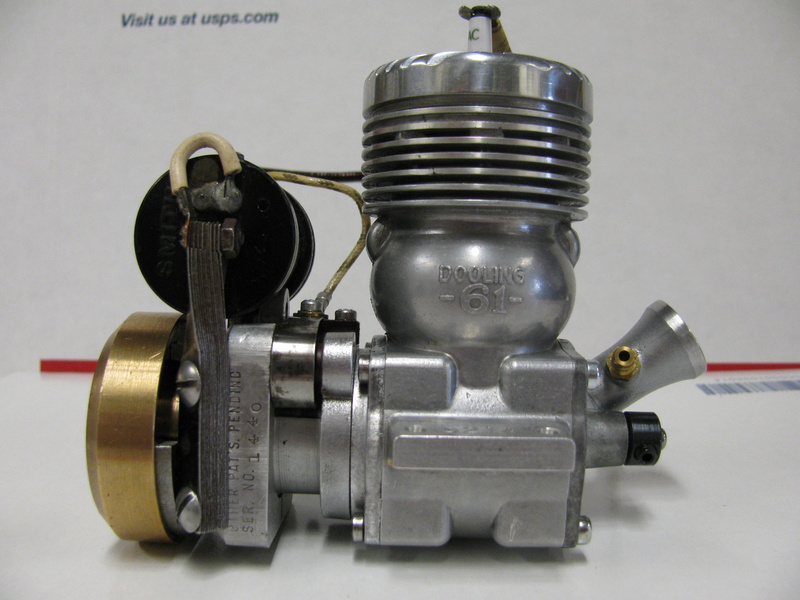 GWillie Thanks for posting that picture along with the instructions, I saved the instructions. What is different though is the early .09II's had Made In Japan cast in the right bearer while the first edition 3001's had it on the left.

Yes, Enya just supplied a straight piece of wire on the early carburetors for the throttle control. But the PO of this one had a simple solution, just cut the wire and twist. 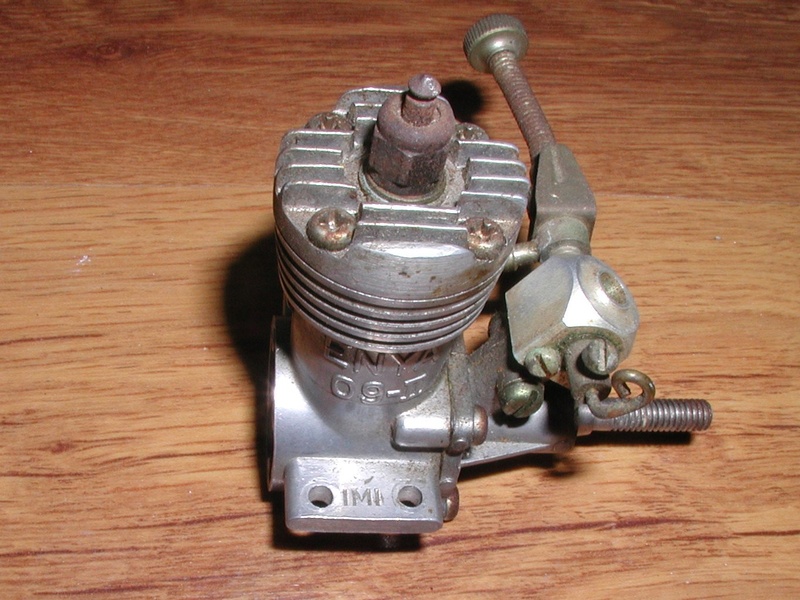