Yet ANOTHER dinosaur gets pulled from the cobwebs, pushing the current-build projects aside.

The O.S. .10 version still exists and could be made to fly. The cute and tiny .010 version was unfortunately destroyed in my last move (1998).

Adding to the excitement was my choice of color-scheme---the charcoal colored Monokote I thought made it look so cool ALSO made it nearly impossible to tell if the Thing was banked toward or away from me. The Thing was a black, high-speed silhouette, without form, and crazy-sensitive controls.

I'd installed (I think), a half-ounce control line fuel tank to give the Thing a reasonable time under power. This was MORE than enough fuel, with me mightily praying for the engine to quit as the Thing snapped back and forth across the sky. It was out of trim, so I was holding the stick somewhere out in one of it's quadrants, while trying to adjust the rudder and elevator trim with my left thumb, but finally just decided to ride it out.

The Tee Dee finally used all it's fuel, and when it shut-down, the Thing suddenly became friendly, gliding down just a little steeper than a typical 2-channel plane. A little nose down for some extra speed in the last few feet allowed a somewhat amazingly nice flair to touch-down.

I eventually acquired a knack for flying the Thing, but was never really happy with it's crazy speed and generally suicidal tendencies, so it eventually got stuck away in the rafters.

Now, it's getting the new/old radio set I just discovered, and a Tee Dee .020 for power, so we'll see how it goes. 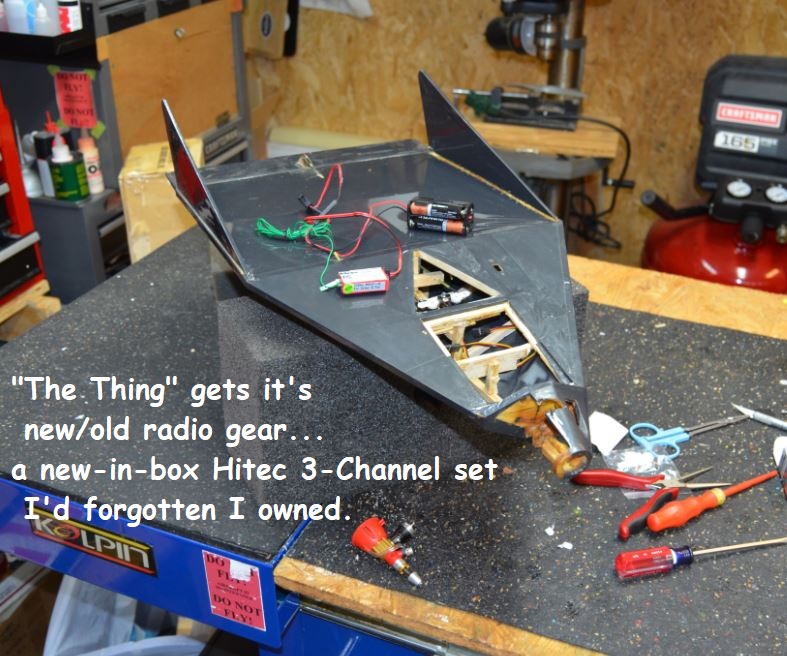 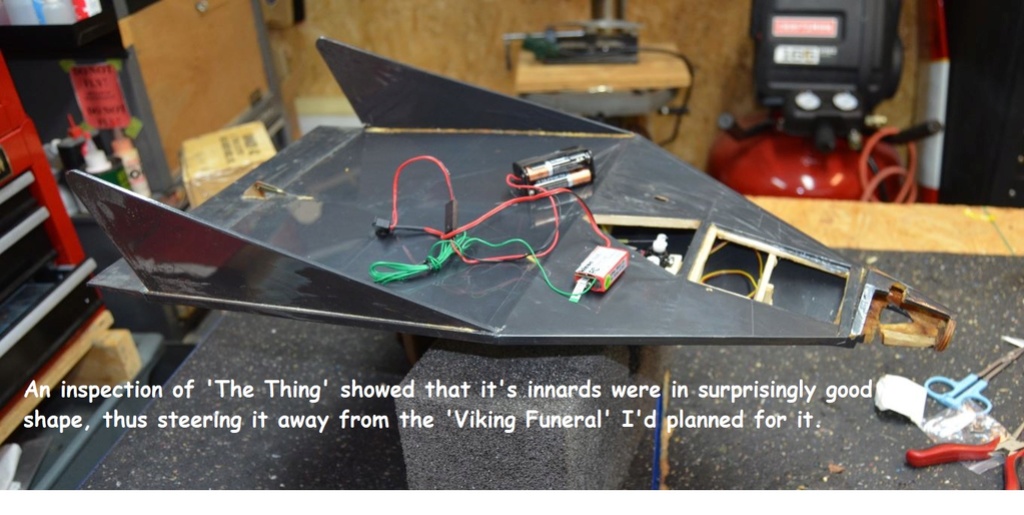 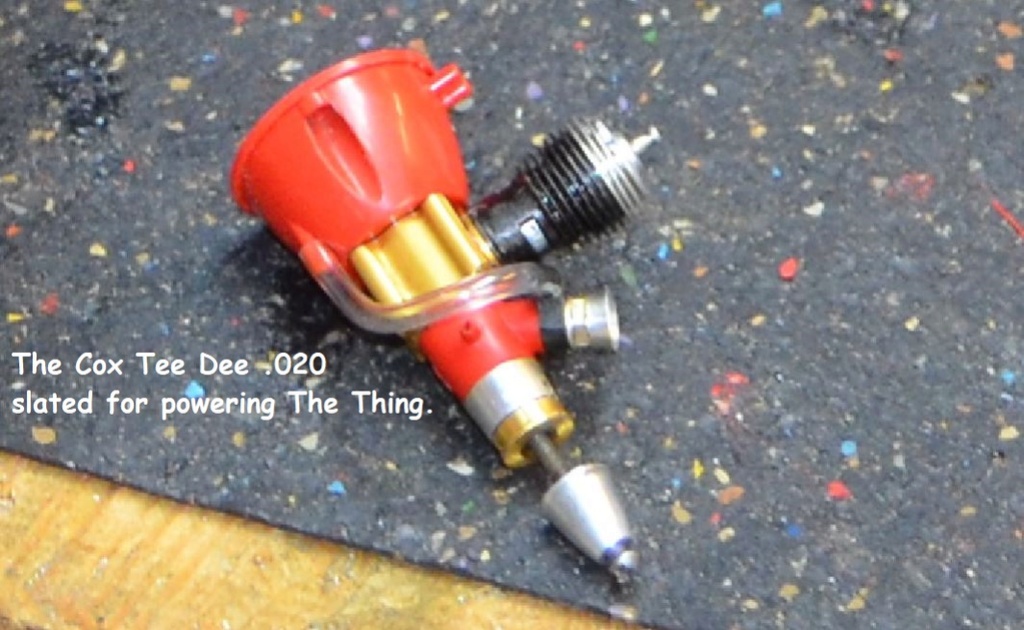 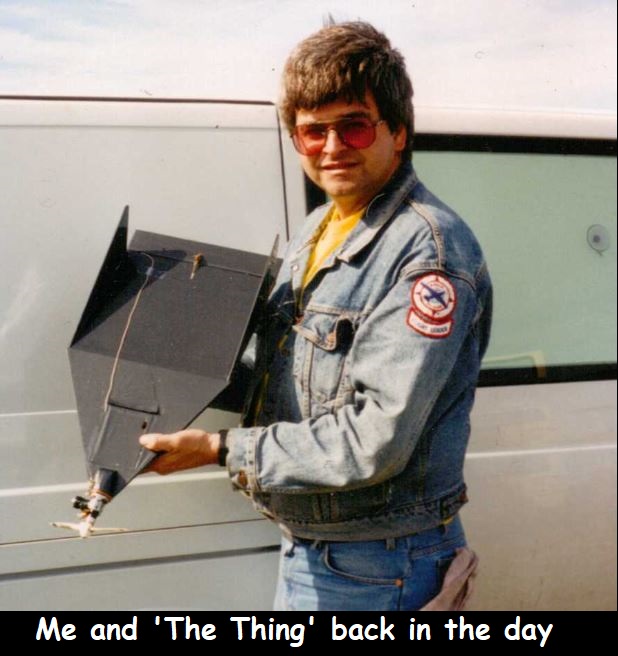 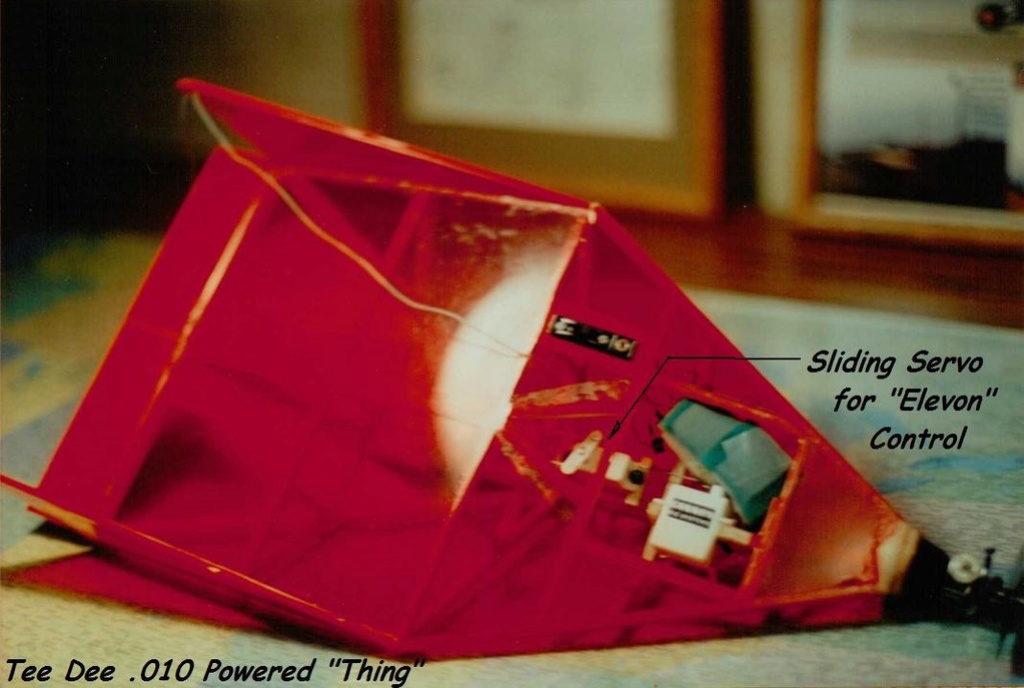 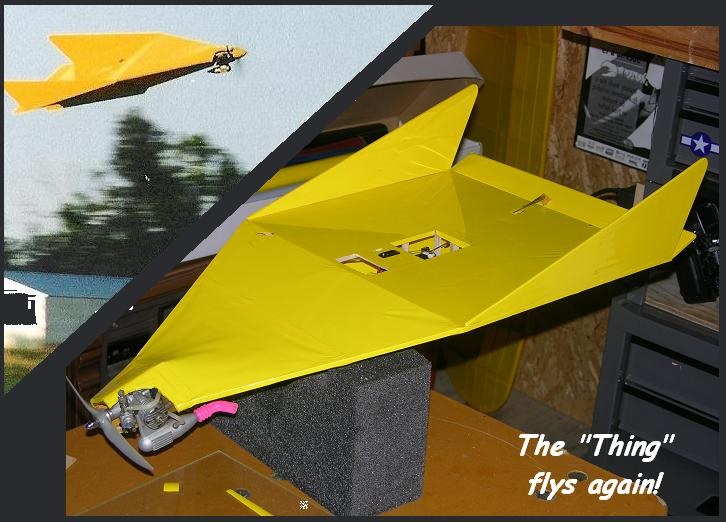 Hi Kim do you have any vid of the plane flying?

1/2A Nut wrote:Hi Kim do you have any vid of the plane flying?

I've got some VHS video of 'Thing 2' flying but haven't converted it to digital. I intend to get it going this week, with a key fob camera stuck to it's back, like the larger Yellow Thing.

Wow. That is a neat looking little plane.

What about actual first person view like a hat cam or something great place to park a camera.

1/2A Nut wrote:What about actual first person view like a hat cam or something great place to park a camera.

I haven't made the jump to FPV, but will set up my trusty video camera on a tripod.

Got everything stuffed inside tonight to check the balance, and it came out about right.  I built a fancy hatch for the top deck that I can't find now, so will just close it in with some Monokote.

Would have liked to have left it's cool cowling on, but it got hacked off.  Maybe carve one later on. 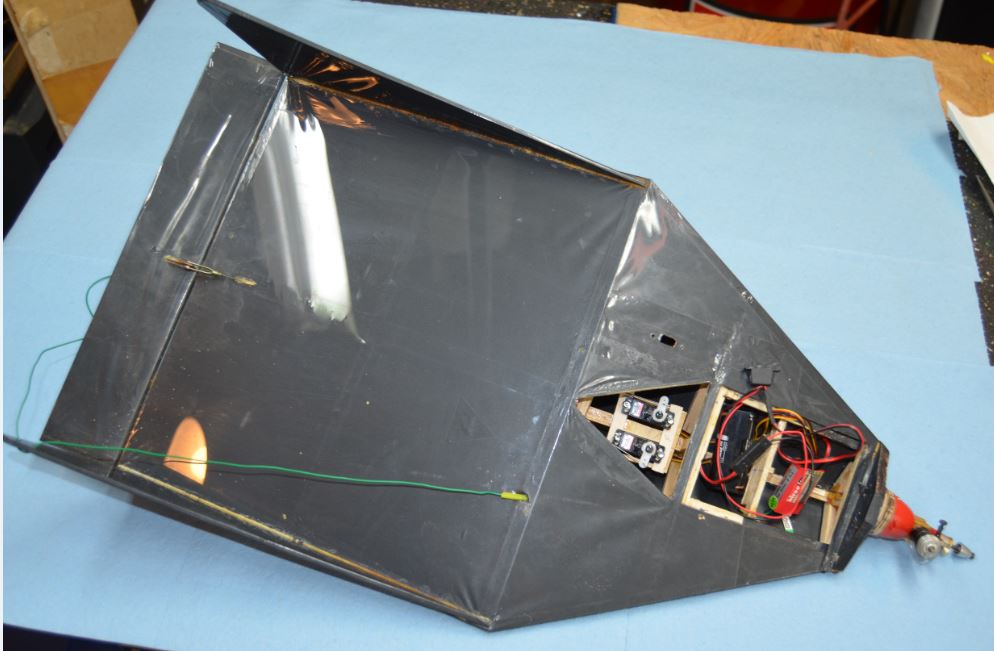 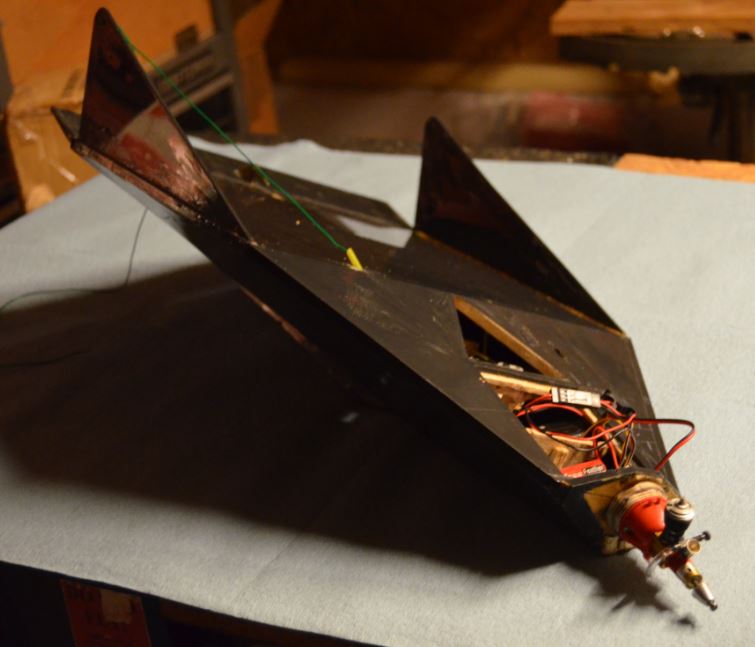 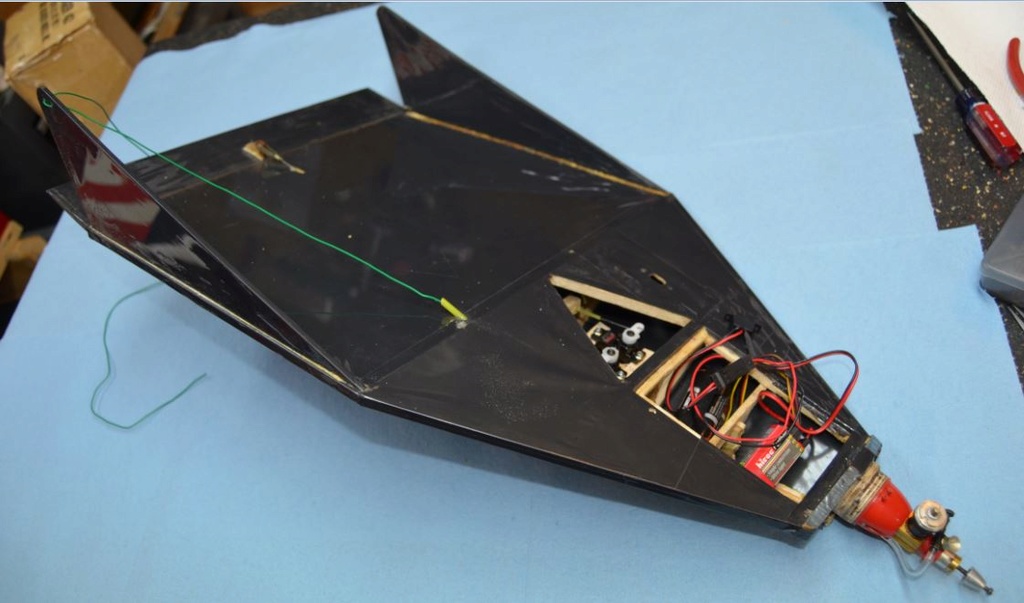 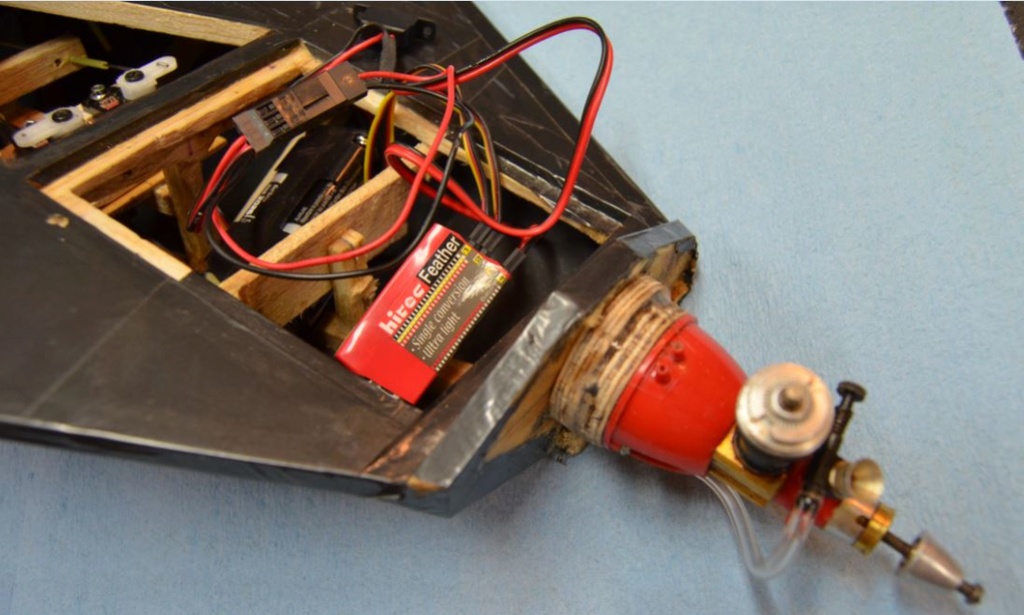 Kim, your "Thing" reminds me of the M2-F2 crash that was featured on the Six Million Dollar Man intro. " We can rebuild it".

Ken Cook wrote:Kim, your "Thing" reminds me of the M2-F2 crash that was featured on the Six Million Dollar Man intro. " We can rebuild it".

If I can find it, I got some VHS footage somewhere of the Thing yard-darting right beside my van in it's best imitation of that scene!

That vid was like riding a chainsaw LOL good fling Kim , hope the .020 size works out well !!

Thing 2 got it's test flight yesterday, and I was happy to fly it (for the first time) as a sedate, weird little machine, rocking gently through the sky.  The Tee Dee .020 is just right for it....though, there's always the danger that a throttled .049 may get bolted to it's nose.

Gonna get me somebody to video it from the ground.  Not sure at this point of exactly how I can put a key fob camera on it without having it bathed in castor.  I may try to carve a 'shroud-like' top cowling over the little castor slinging Tee Dee, or try a 'selfie stick'. 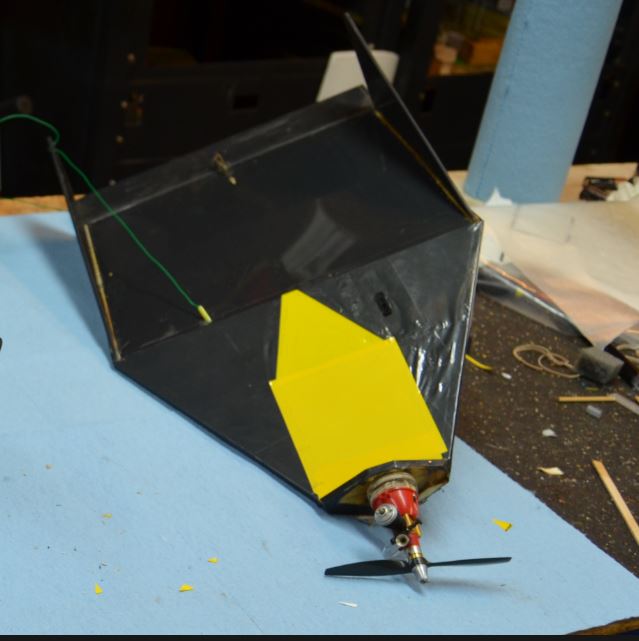 The M2-F2 was rebuilt as a M2-F3. The F3 had a 3rd vertical stab in the middle. Watching the video which I haven't seen in years, I noticed on departure of the B-52 that it's the F3 version. Then as it goes out of control they use the original F2 version. Pretty funny and the vid took me back. Ken