Log in
Search
Latest topics
» Aluminium backplates
by Ada99 Today at 7:20 am

» The writing its on the wall!!
by GallopingGhostler Today at 1:42 am

» Metal back plate
by Cox International Yesterday at 11:40 pm

Strange identification for a "Northern" 4-8-4 type locomotive, but it stuck.

FEF = Four Eight Four, thankfully they are even numbers, Five Eight Fives would never do.

I have been lusting after a FEF in HO for weeks now, especially Rivarossi's edition. Then one came up on ebay with eight cars of all persuasions. It lingered for awhile so I made a low ball offer that was accepted.

Arrived yesterday, locomotive and cars all new in the box with the boxes having some sunlight discoloration. Not a problem.

No longer NIB. I removed all and ran them on my outside 22 r track. First time around the FEF tended to lift a driver on my only "S" curve but subsequent rotations showed no tendency to repeat. 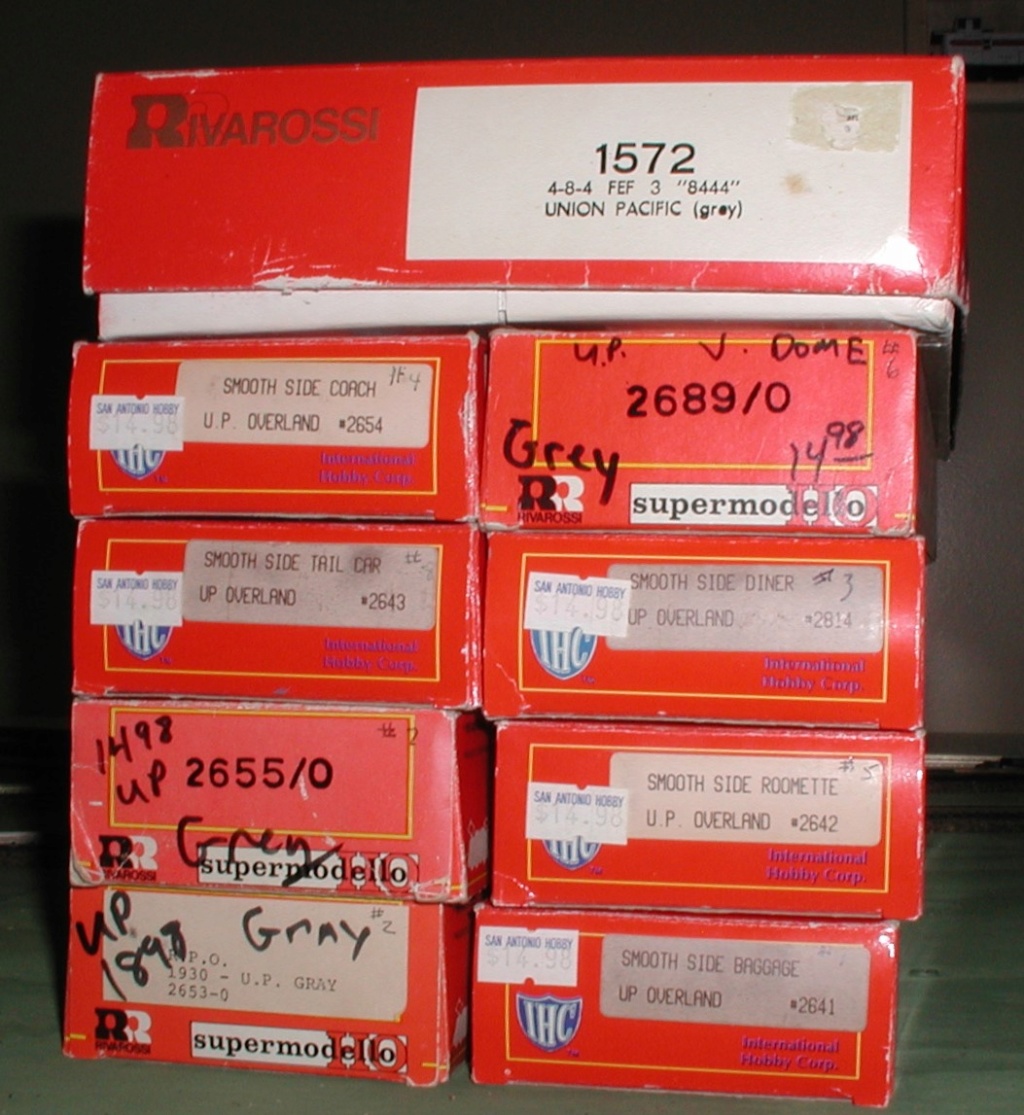 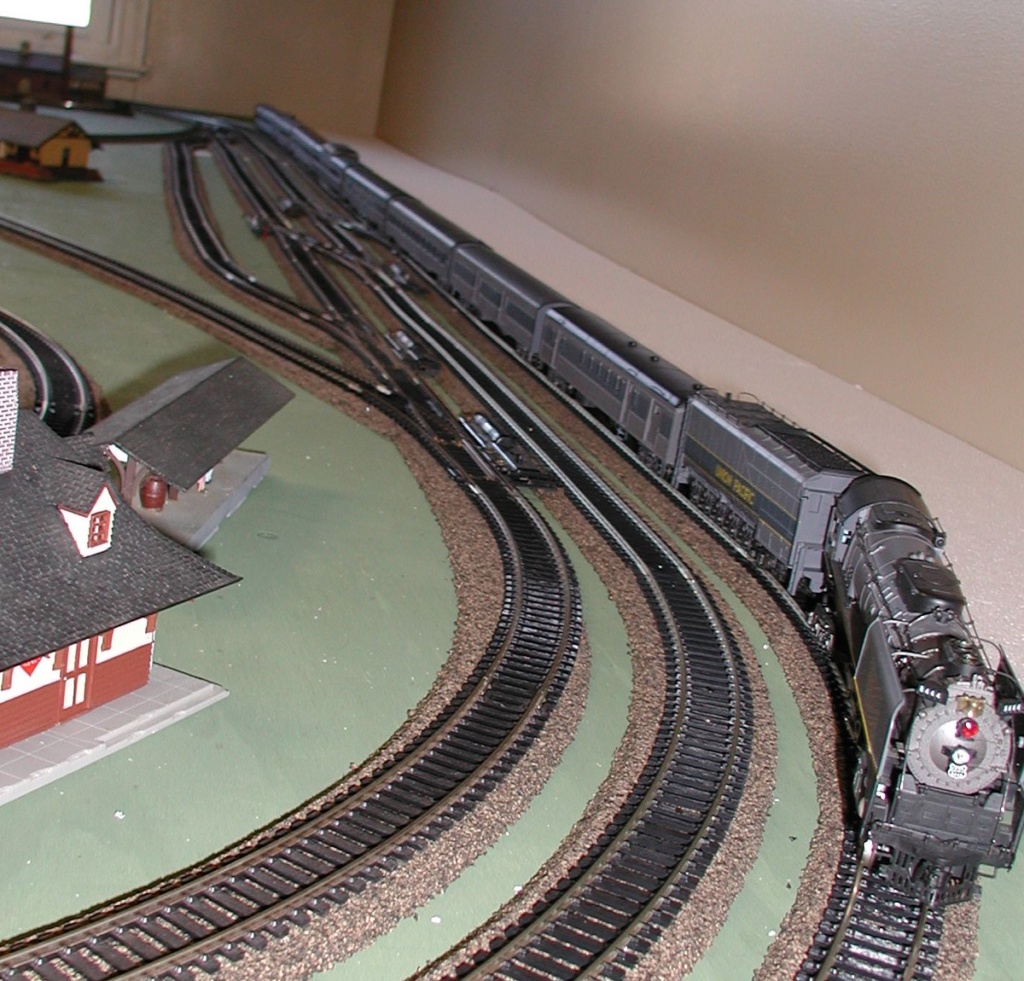 After, I relegated all to a wall display to enjoy until the next time. 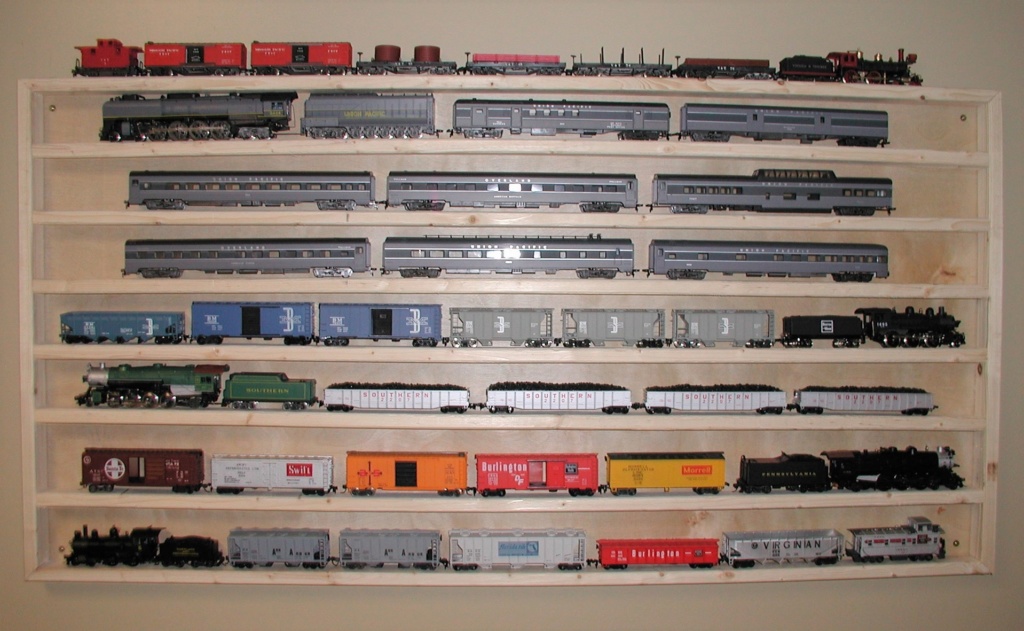 I see why you admire that train

Very nice even with out a mount of color the gray stands out nicely !!

My brother bought that same engine probably 35 years ago. I was stunned at the quality. Beautiful locomotive