Coved-19 and how it affects life

Luckily Europe seems to be clearing up from the worst of Covid-19 and many of the countries here lift the lock down measures..people already speak of the 2nd wave expected in winter...hopefully vaccines will be soon available

balogh wrote:Luckily Europe seems to be clearing up from the worst of Covid-19 and many of the countries here lift the lock down measures..people already speak of the 2nd wave expected in winter...hopefully vaccines will be soon available

This certainly has been an interesting deal. Instead of fretting, I have been keeping busy like many here. When I was actively involved in martial arts in my 40's, one thing I learned was not to watch the hands of the opponent, but their trunk - main body. Legs and arms can flail, but where their belly button is going told me when they were up to something serious.

In a way, I see the mainstream media, various politicians and major ultra corporate owners in the same light. I found it more useful to tune them out, rely only on about half that I read, seems I was a lot closer to the truth.

At 66, I now have an arthritic right knee, may be I can carry a cane and limp like Yoda.

But I more or less maintain an exercise program of strength and reasonable aerobic endurance.

One thing I have become convinced of is we all need to take best care of our health, no matter where we are at. We all also need to remain in a state of contentment. Our resistance to diseases, viruses, etc. are greatly enhanced. There is no reason why we should pay the consequences of poor health habits.

And, as one ancient sage said: 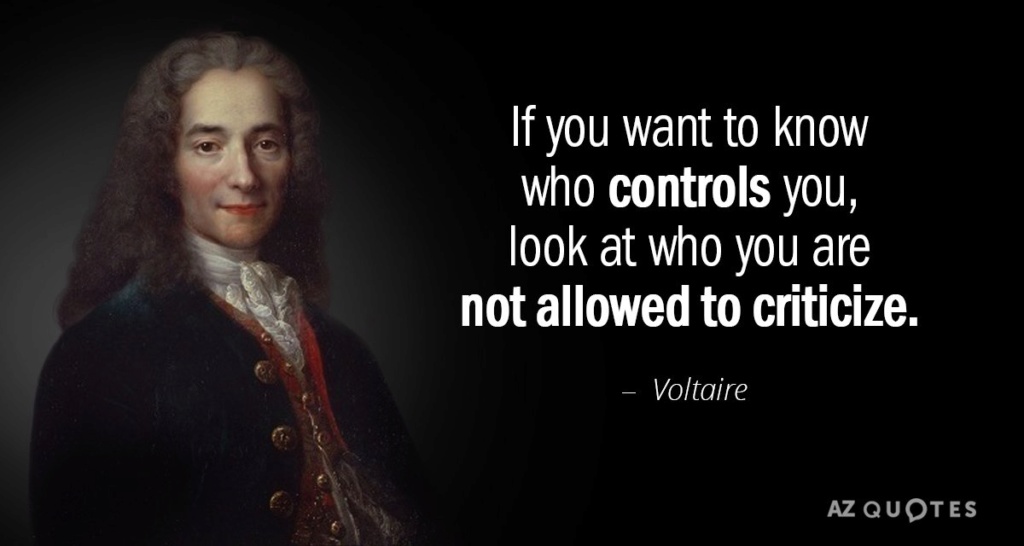 I have personally observed certain truth tellers regarding current world affairs being silenced in social media (Ron Unz for example is one). What I have read thus far on vaccines, the virus are the most difficult to cure because they rapidly morph (change) into altering their make up, so the vaccine that was intended to cure no longer is effective. Also, there are side effects and people have died from simply being vaccinated, who would have been better off not being vaccinated.

Seems to be a case in point because about 8 years ago, I stopped getting flu vaccinated, for past 20 years prior to that was may be vaccinated twice total. Yet, I didn't come come down with what they say I would.

There is something definitely going on beyond our eyes, and just goes to show we need to stay sharp, be flexible, don't put yourself in harms way, don't be a guinea pig in government protests. (Murphy's Law of Combat: Look unimportant, the enemy may be low on ammunition.)

And above all, listen not to what these glitzy silk suited tele-evangelists are saying, so called interpreting events of the Bible instead of being involved in true benevolence helping others, comforting the suffering as well as imparting the words of life. I am reminded of:

John 5:24 wrote:Truly, truly I say to you, he who hears my word and believes him who sent me has eternal life, and does not come into judgment, but has passed out of death into life.

May you all have a blessed time, I've been enjoying the build and engine testing threads along with flight reports. It's all in fun, something I grew up with that has never left me, the enjoyment of simply watching something I created take to flight. That is worth watching, along with the family event reports, critter watches and car restorations.

We are all individuals with different metabolisms and passed down DNA and genes.  My Mother never exercised or practiced healthy eating habits.  She lived to be almost 105 mentally alert almost to the end.  My father was a hard worker with efforts in the physical department that would put many athletes training regimens to shame, he died at 69.  Both lived essentially the same life.

I have been a student of the news for years, going back to Douglas Edwards who predates Huntly/Brinkley, Walter Cronkite, Peter Jennings, and Dan Rather to say nothing about the current crop of evening news readers.   I have learned to separate the wheat from the chaff.  But I worry about those that haven't.  These people have a lot of power because the news that they choose to report influences public opinion, there is the old saying - Bad news sells.  To say that they "cherry pick" would be an understatement.  Fully 90% of the televised "news" is liberally biased, reverse that for radio.

I watch/listen to both.  The truth is somewhere in the middle.

And yes, this forum provides a refuge from the troubles of the world.