» Do Killer Bee back Plates sold onlne give better perf?
by crankbndr Today at 8:02 am

» Just ordered a cox attack cobra
by Ken Cook Today at 6:09 am

» Babe Bee and the baby RingMaster...who has good flight experience with this set up?
by wingchicken Yesterday at 2:10 pm

» New guy here with a few questions
by Gordinir8 Yesterday at 4:22 am

» Motor Starting Better One Way Than Another
by Iceberg Yesterday at 1:22 am

I have a 3 bladed 5 x 3.5 safety tip prop in my Corsair that has cracks on all the blades and it broke. Is this a common happening? I have another that doesn`t have the safety tips and it can be bent without cracking.
Juan 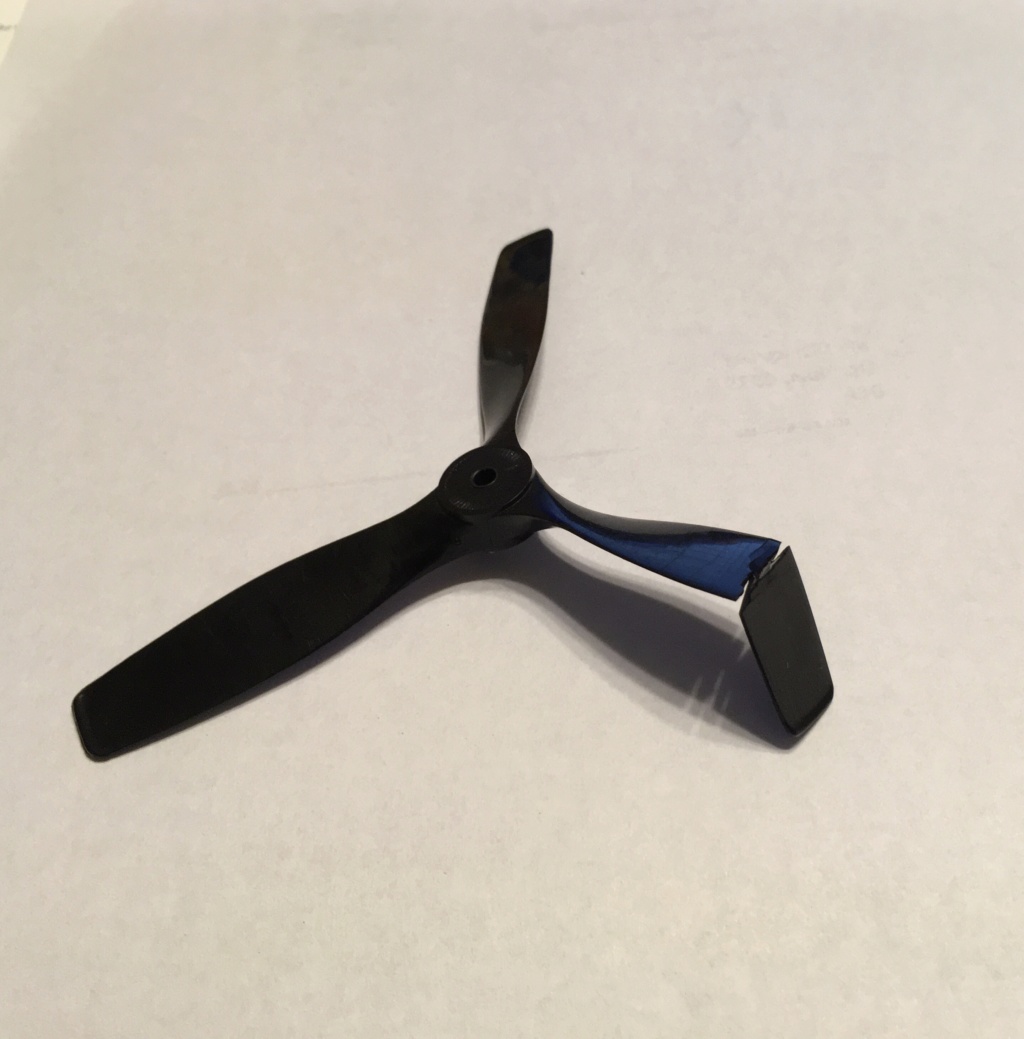 Yes these nylon props can become brittle with time, because - as some say - some of the original components of the material evaporate.
Others say that if a new nylon prop is stored for some time but is put into boiling water prior to its use, it will regain its flexibility and will not crack. Never tried this cure. I had some brittle props that, when bent, showed visible micro-cracks and I discarded them for safety concern.

I personally wouldn't boil any props. It doesn't work and for the cost of a new prop in good shape it's not worth it. I owned 30 or more of those pusher props and all went into the trash due to the same reason. You need to flex the props prior to using them. They've more than exceeded their lifespan. I was running a Super Tiger .51 with a Top Flite nylon which I did boil. After several minutes of bench running, the engine started to vibrate and I reached over to pinch off the fuel line. The blade let go and went into my rib cage between two ribs. I really don't know how it didn't hit my lung. So the lesson learned that day was to just throw them out. Just the hours lost in the emergency room alone wasn't worth it to me not too mention the two additional trips to my doctor afterwards. Now one can argue that the engine I was using was large compared to the .049 but I can assure it's not and I have seen more injured by the .049 over any other engine.

Hello guys
Thanks for answering my question. I notice that it happened to the newer safety tip one but the non safety tip that came from the factory is still flexible and has no cracks.
Juan 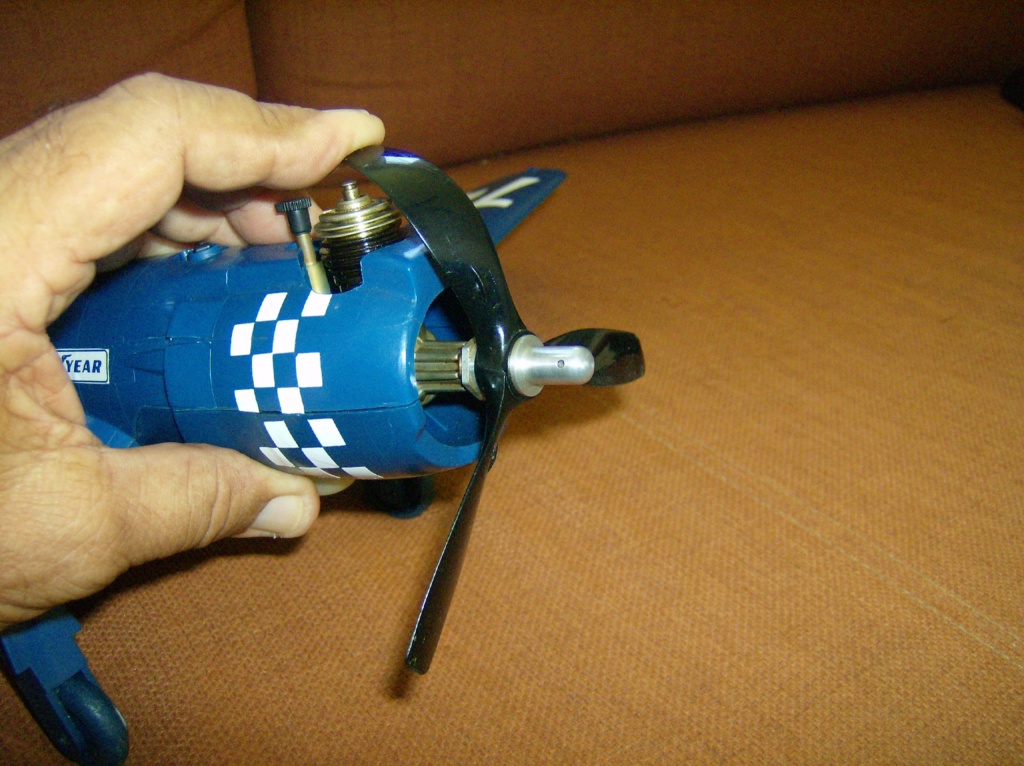 Back in the 1980's, used to be a manufacturer's white paper gum label on each Top Flight narrow blade white nylon with red silk screen lettering and stripes. It stated that before use to boil the props.

Nylon has a certain amount of water moisture contained therein. Boiling helped to restore the moisture to the nylon.

That said, nylon also can crack from aging, hence why as a general ruled it has been recommended to retire old props.

I really liked the T/F white nylons, because they were very inexpensive plus could stand up to a certain amount strike damage (grass, weeds, dirt, etc.) But, they seemed to be notoriously out of balance. One had to sand the back side of the heavier blade to get it to balance.

When the Masters fibre filled props came out, they were a touch more, but they were much better in balance (when their manufacturing dies were new, later seemed to have a lot of untrimmed flashing, which I gather were probably from well worn moulds.) Plus, with T/F discontinuing the white nylons, the Masters became my prop of choice.