» Weird (to me) Cylinder/Piston Relationship
by Admin Today at 6:58 pm

» 3Cyl.KOLM in love wit Listen to this sound
by Cribbs74 Yesterday at 7:24 pm

I'm still whacking away at this thing. 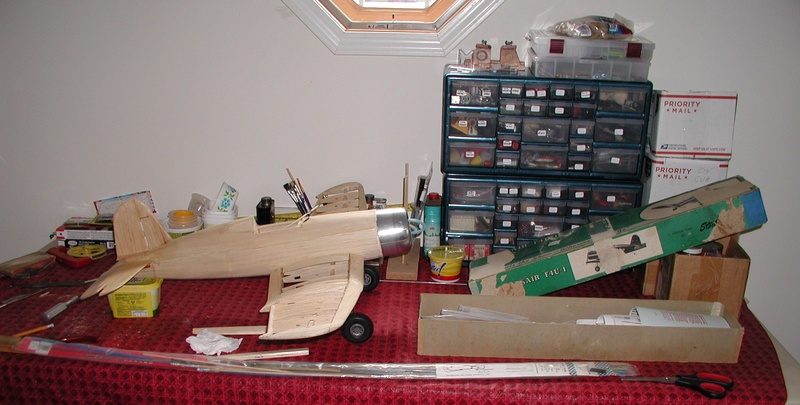 Previous owner built it for R/C but originally designed for C/L. I debated for awhile which way to go but finally decided on keeping it R/C having no idea what that will do to flight characteristics.

So many things wrong with it but I'm working my way though them. A major one was the bearers. The PB had used balsa which had to be ripped out and replaced with poplar. Aligning E/W & N/S required shims so I found a good use for recently purchased "Popsicle" sticks cut to shape and epoxied in around the original frame. Fuel tank was a problem but I found a near prefect tank that fits right between the bearers nicely. 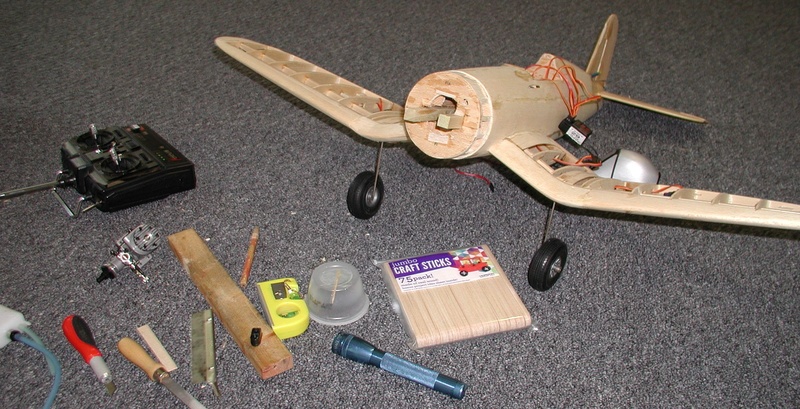 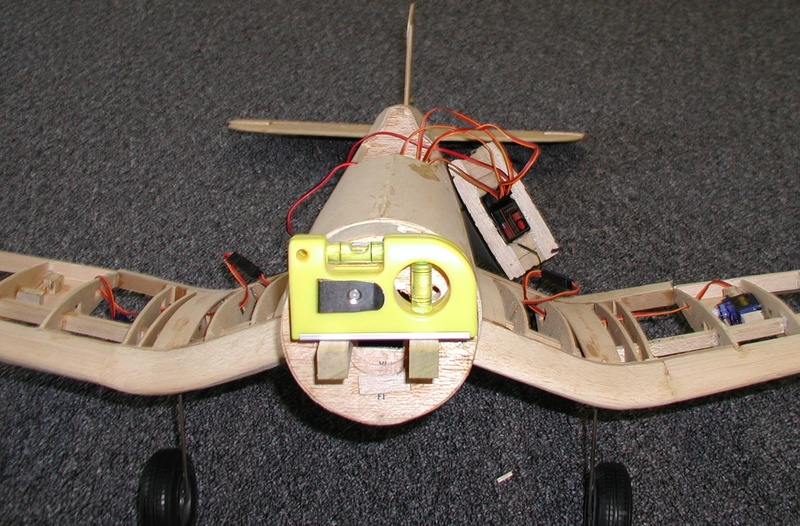 Next is to install the controls for the control surfaces, install the radio and engine and plank the wing. Got a full can of primer and lustrekote blue for the finish. Decals in the kit are for a B-25 Mitchel bomber but they are the correct scale and will have to do.

I'm slowly falling for this model and can't wait to fly it probably returning it to kit form and rebuilding as a C/L flyer.

Hi Bob, beautiful job !, which engine you are installing?, Mauricio.-

So far, so good.Bob, keep hacking and whacking! It's not a contest, just an enjoyable method to create balsa dust

Good to see it coming along Bob , it will be impressive I am sure !

I have narrowed it down to three.  A tried and true Enya .19, a newer but untried OS .20, and an Enya Schnuerle ported .25X with the larger "G" style carburetor. 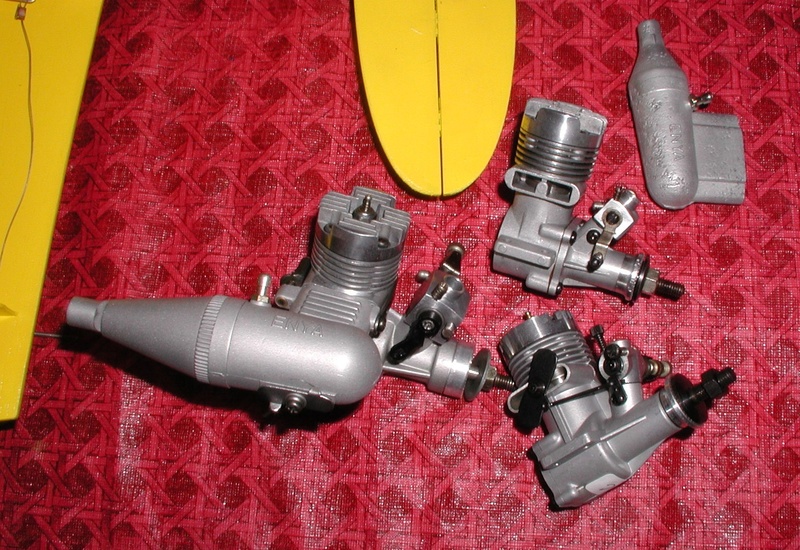 I would feel most comfortable with the Enya .19 but really want to use the .20 OS.  But the OS is baffled with no pressure take-off and the fuel tank has to sit below the carburetor and I'm unsure of the draw.  But I'm going to shop test that before I install it.

I would love to use the .25X, no power worries there, but compared with the other two it's massive and complicates using the cowl.  I will have to slightly mod the bearers for the 25X.  I'm also concerned about nose heaviness with the battery, fuel tank, and that 25X sitting up front and the short fuselage of the F4U.   Box calls for class B or C engines. 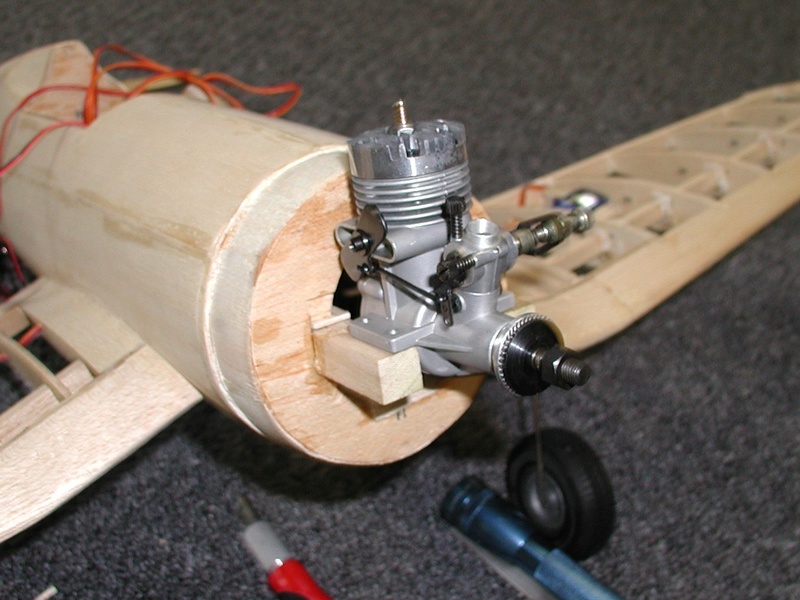 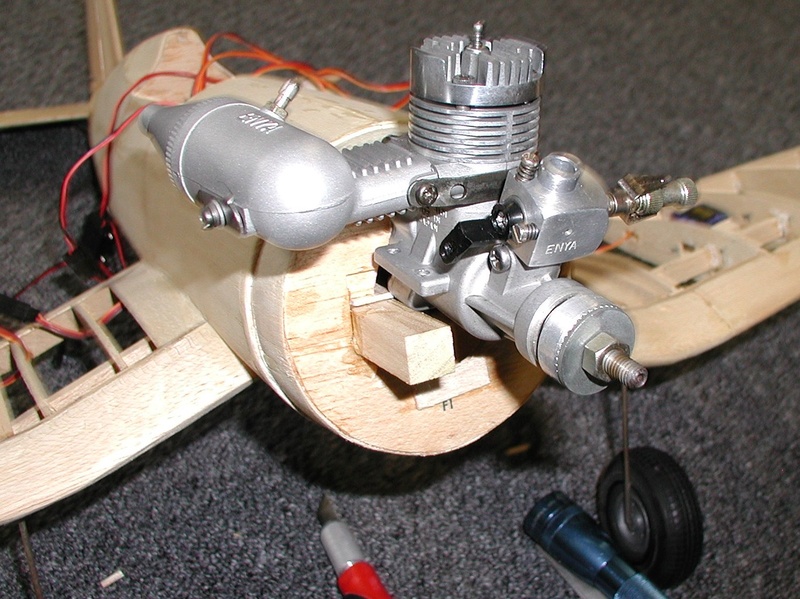 I could have lowered the bearers which would completely encase the .19/.20 engines within the cowl but I worried about cooling, priming, and castor build-up.

One way or the other I going to have to cut up that beautiful spun aluminum cowl like it I did on my N28's. 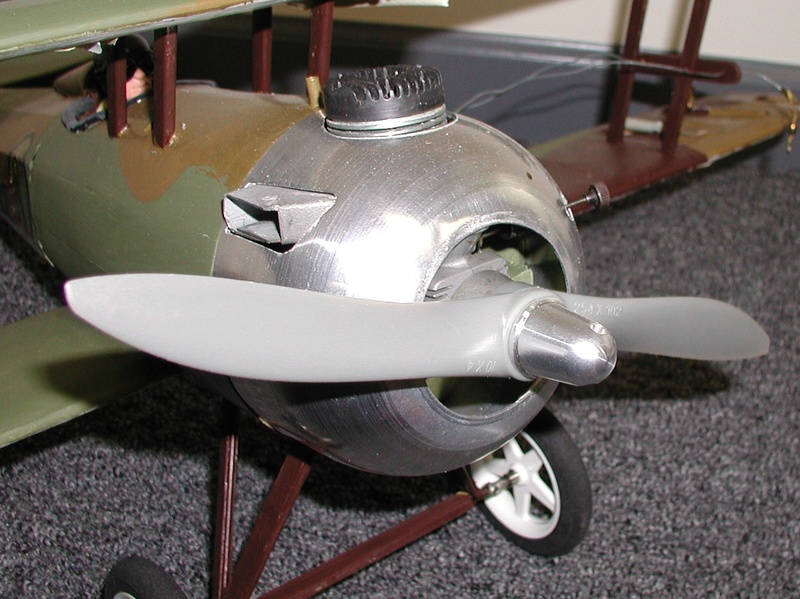 Anyone have a better engine selection?  I'm not locked into anything yet.