. I've renovated and cleaned them a bit. So, first one is Cox Babe Bee 049 Thimble Drome (it was in a little better condition than the second engine), I changed the oring in tank, and I polished few parts. Cylinder and piston is in good condition, only the reed valve is in poor condition, so I must buy or make a new one. 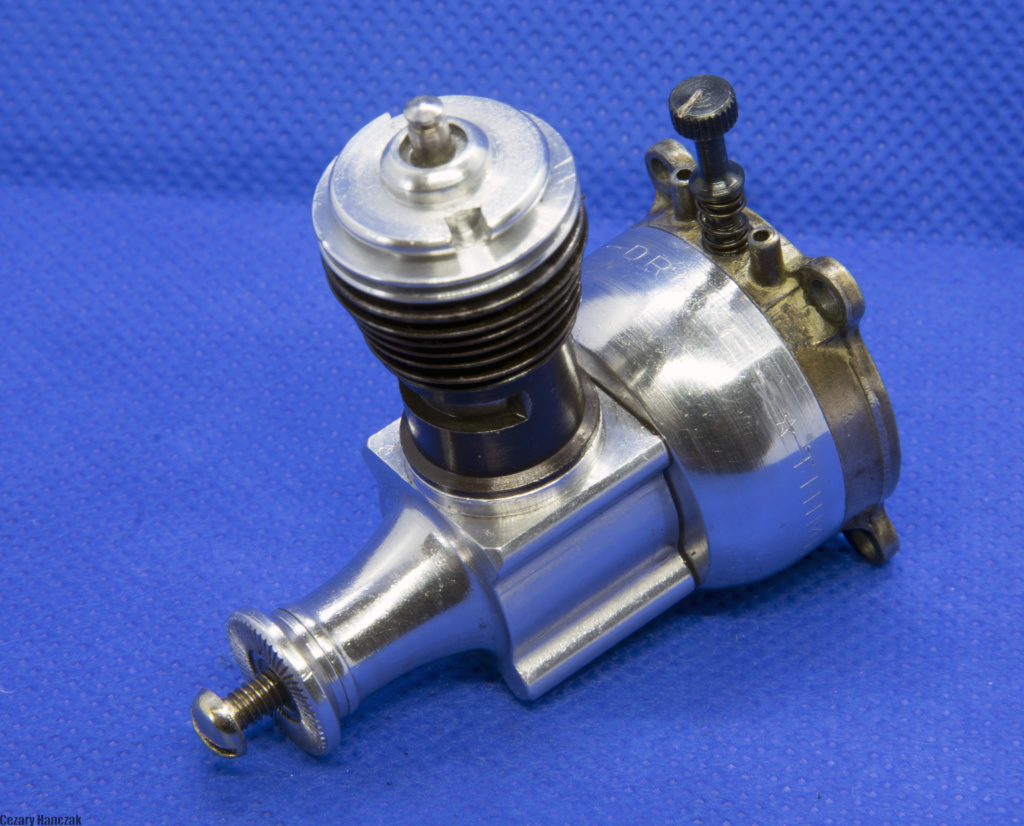 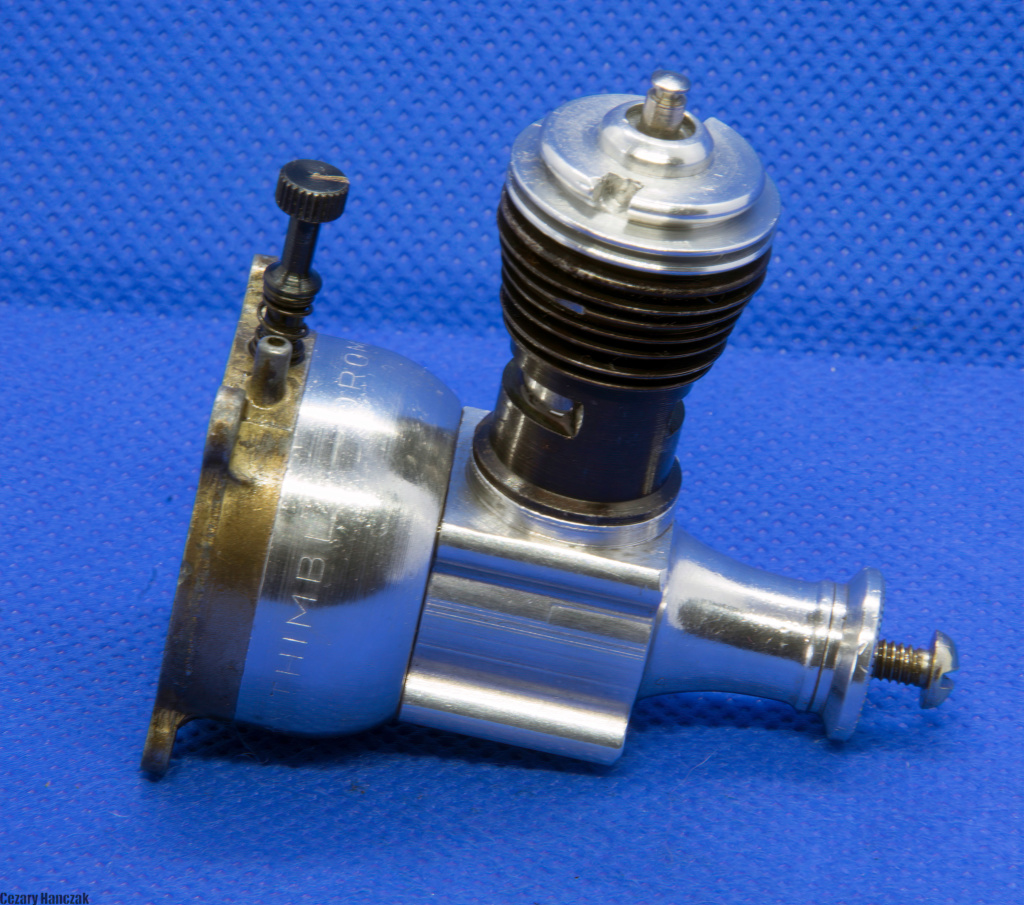 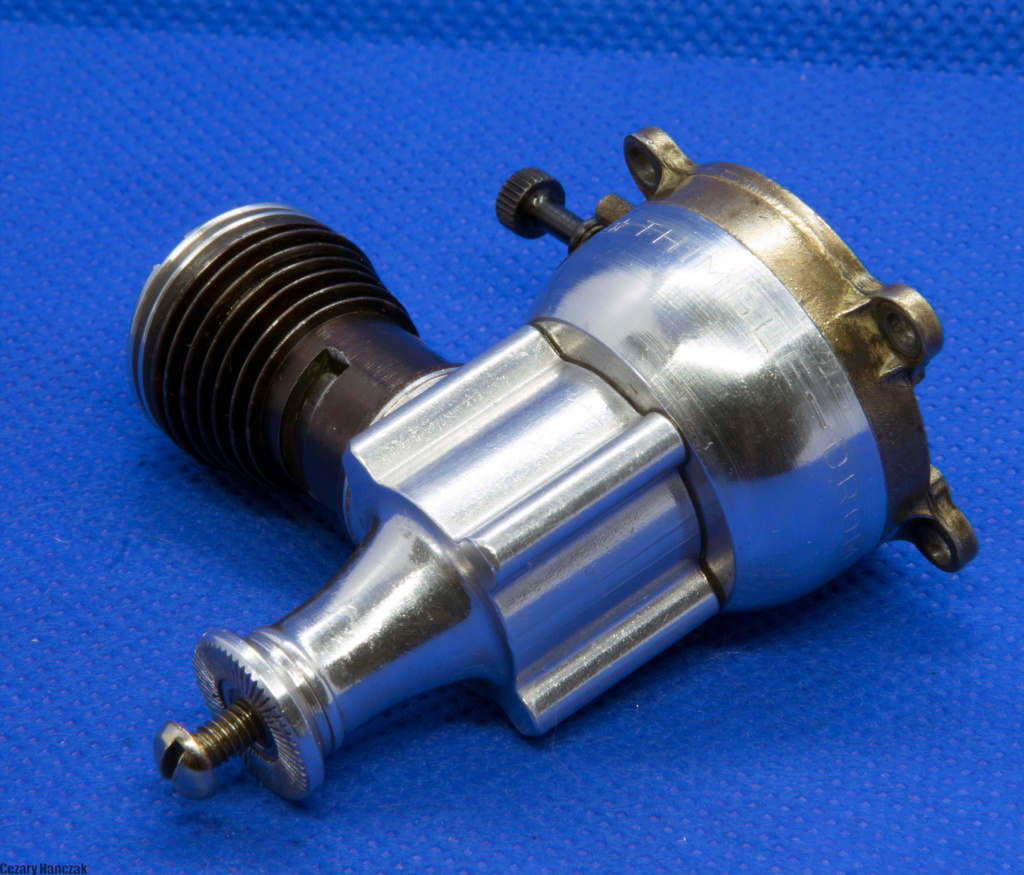 congratulations you have done a beautiful job, your engine looks NEW! brilliant!
It also works wonders !!

. I've renovated and cleaned them a bit. So, first one is Cox Babe Bee 049 Thimble Drome (it was in a little better condition than the second engine), I changed the oring in tank, and I polished few parts. Cylinder and piston is in good condition, only the reed valve is in poor condition, so I must buy or make a new one.

What did you use to polish the tank, crankcase, etc.? What kind of polish, and or brush?
Happydad

happydad wrote:
What did you use to polish the tank, crankcase, etc.? What kind of polish, and or brush?
Happydad

. I used a abrasive polishing paste (like on picture) with Dremel rotary tool with felt pad. 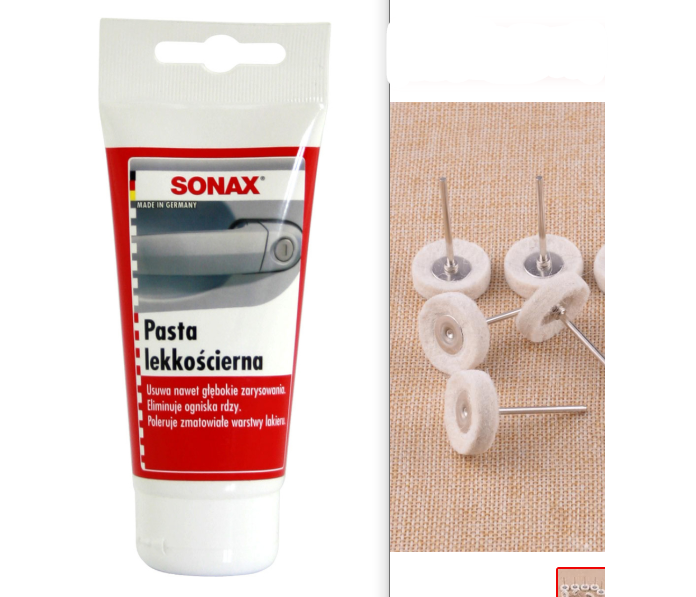 Okay, so it's time for second engine

, in my opinion this engine is from first series of Space Bug Jr. because its has two reeds in valve system. One of these is really thin and flaccid, second is thicker and stiffer. The tank is transparent which is pretty cool

. Unfortunately tank is in bad condition and needs seals that I made of orings made for watches. It does not leak

. Also I replaced small oring in tank. The crankshaft was rusty combined with castor oil, but I restored it to great condition

. Of course, I cleaned the rest of the engine thoroughly and now engine looks really good

. I like the look of this engine and I'm glad to have one of the first Cox engines

Additionaly I have tank from normal version of Space Bug (without Jr.) but without needle and valve system, maybe someday it will come in handy 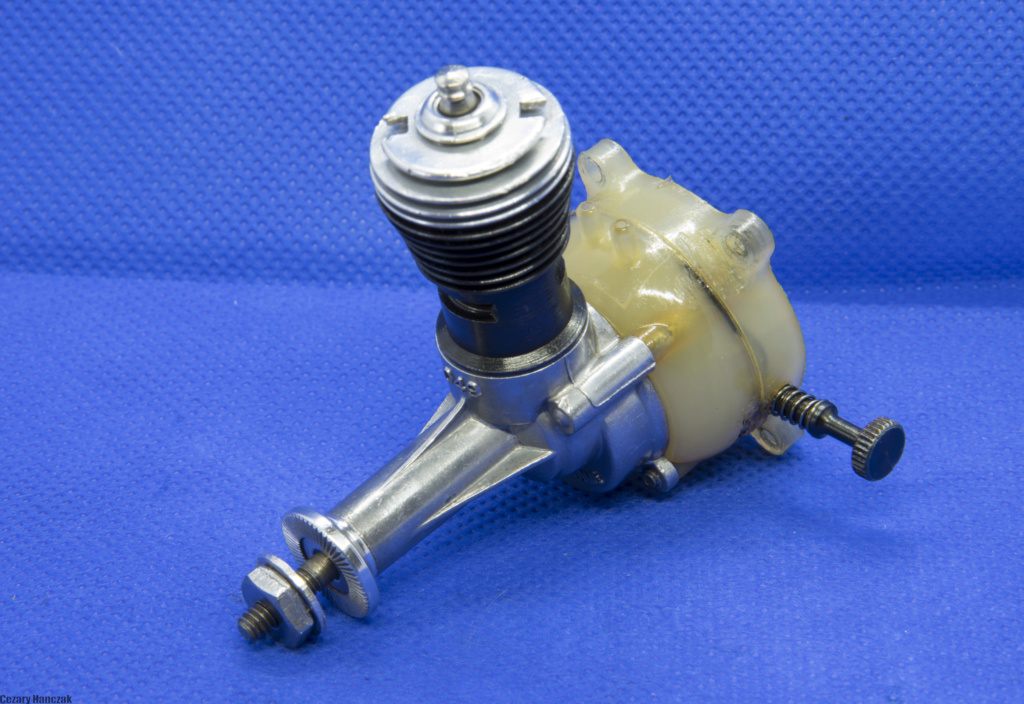 And video, prop 5x3, fuel with 20% of nitro and engine reaches about 15 000 RPM. There was a slight problem with the spring, which acted as if it was jumping and set the needle be leaping, which made it a little difficult to adjust, but this is to set up


And here's my current collection of Coxes 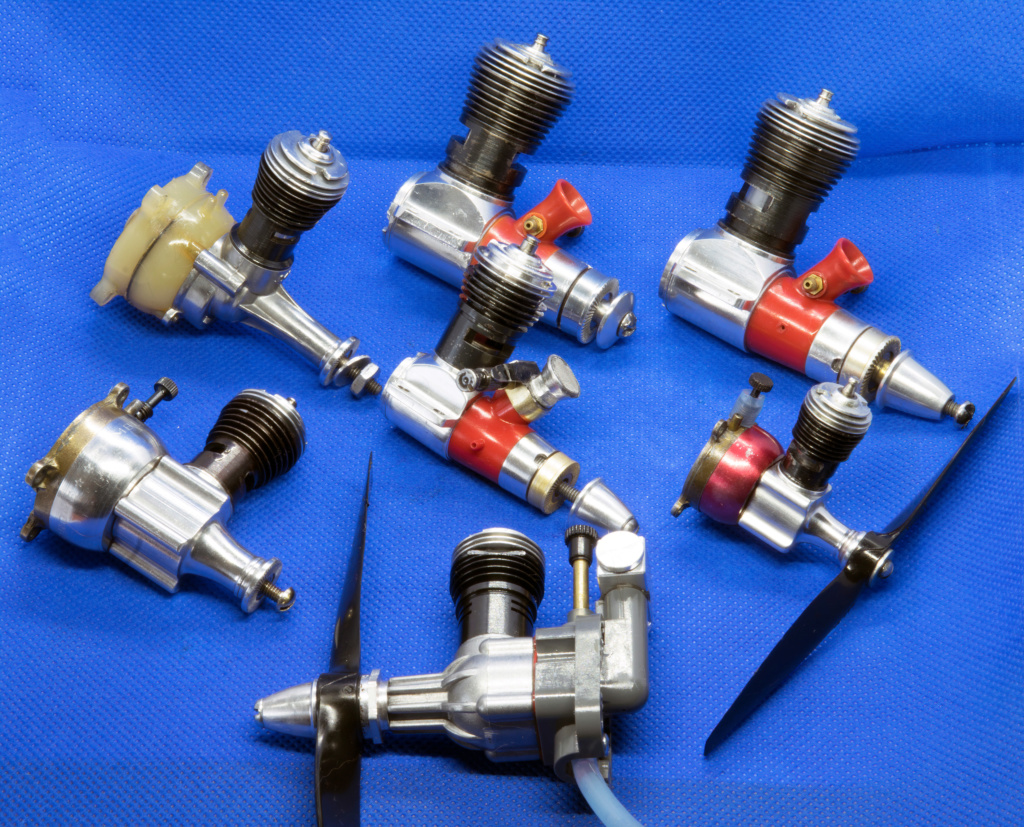 Nice job czarobest The restores look good !! The Jr. is one of my favorite engines because they come in difft. flavors (colors) I see you have the early version with the smaller glow thread . If you don't know there hard to come upon its good yours is working and also did you notice the three pieces con. rod ball joint connection ? Your collection is looking Good !

In Space Bug ball joint is little different from Babe Bee, but I don't quite understand why this is a three-part construction

. Unless, my piston is from newer version because it is coated with copper? 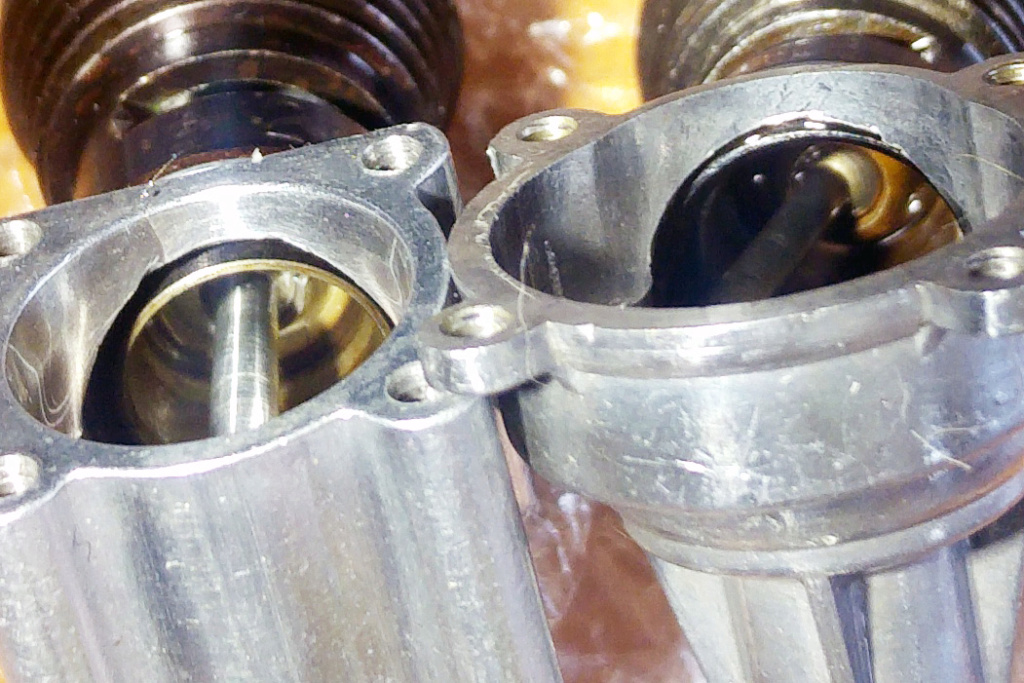 Hard to tell but the one on the right looks to bee .. look here ,., https://www.coxengineforum.com/t11682-finally-a-cox-three-piece-piston?highlight=space+bug+three+piece

Thank for help and link!
From that topic I conclude that it is Babe Bee from first post of this thread that has a three-part construction piston, and Space Bug has a newer kind. I didn't change them, but maybe the previous owner changed them

I believe they were swapped at one time , the words Thimble Drome on the BB tank was on out a few years i think around the ?? I was tring to find my info but can't seem to produce it at this time ? Here is more info if you haven't seen it before ,,,,  https://en.wikipedia.org/wiki/Cox_model_engine#Standard_Bees

Here is the pick i was looking for >scroll down a little >> https://www.coxengineforum.com/t8739-cox-049-marked-with-thimble-drome?highlight=the+words+thimble+drome+on+tanks It is a good chance you have a very old bee there !!

Thank you! I can replace the cylinder and piston between these engines, because I want them to be as correct as possible, but I would have to be 100% sure

I know the link from wikipedia, but I haven't seen the forum topic, and it's very helpful - thanks

The more I'm satisfied with these engines, because thanks to them and you, I'm learning something new about the Coxes

. I love all the engines, but I like that Babe Bee may be older than I thought

Similar topics
» starting a sure start
» Franken Coxes
» What the heck are these? Modified Coxes.
» Thoughts on buying Coxes