Following a suggestion from Tony, discussions from the Breezy Hill Facebook Page:

Dude! We can totally do that! Though you may get saddled with organizing/directing the various sub events!
Spiderwire is cheap, and Patrick's always blabbing about flying on long lines, so we could have a "Long Lines Event".
And maybe a "Most Loops on a Tank of Gas" with Babe Bees.
Oh, the mind boggles!🤪🤪

This will be the Official Thread of the Mayhem.

I had to read that twice Kim. I thought for a moment you got married!

Oooooo, most loops with a Babe Bee! Better have a cup of Folgers for that one!!

Now that sounds like a bunch of fun in two days ,, will there bee coming or trailering as you go

Good Lord Ron! That'd be the END of my stirrings!

Ding dong, the bells are going to chime!

WV to Chester Illinois 11 hours, 754 miles.  I would love to show up there someday.

Good Lord Ron!  That'd be the END of my stirrings!

KIm, have you set a date and decided on a registry?
Congrats.

Good Lord Ron!  That'd be the END of my stirrings!

KIm, have you set a date and decided on a registry?
Congrats. 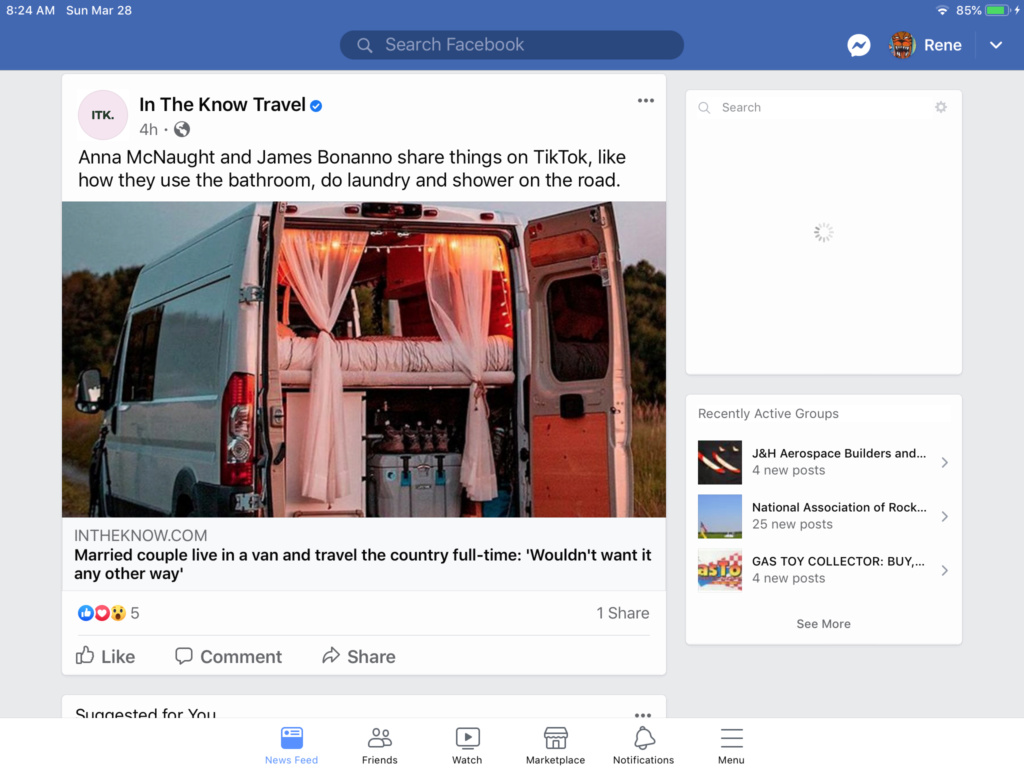 Just one little slip of the keyboard Kim and see what you get!

It's all in good humor Ron, and I'm sure Kim understands that. If we didn't like the guy so much it would be different.

I've always been a fan of Gallows Humor!

@rsv1cox wrote:Just one little slip of the keyboard Kim and see what you get!

Trying to keep all the stuff for our 1/2A Day in one spot ('till we get it all locked down and post our "Official Rules" ---humor there:).

This may clutter the Event Calendar for a while, but the 17th and 18th will be on us quickly, and it all will be transferred to it's own post.  Please keep in mind that this is ALL about fun, and the rules will be viewed with a "looseness" to serve that mission!

Hand or Wheel Launch.
Pilot must complete one level lap (to give the launchers time to run!)...Judge will call, "Now!" as this lap is completed
The pilot then pulls as many loops as he dares with his remaining fuel.  Stall/Spin incidents will be counted as one loop, and added to his tally in recognition of his sacrifice.
------------------------------
"Longest Lines"
3 Classes:
Babe Bee
Golden Bee
Black Widow and Others

I've got some 10lb "Spiderwire" with handles and lines starting at 50ft...but we may make up new sets if the competition becomes "Heated".

OK, here's the plan...at the moment anyway.  I'm sure there are gonna be some other changes, but we're narrowing it down: 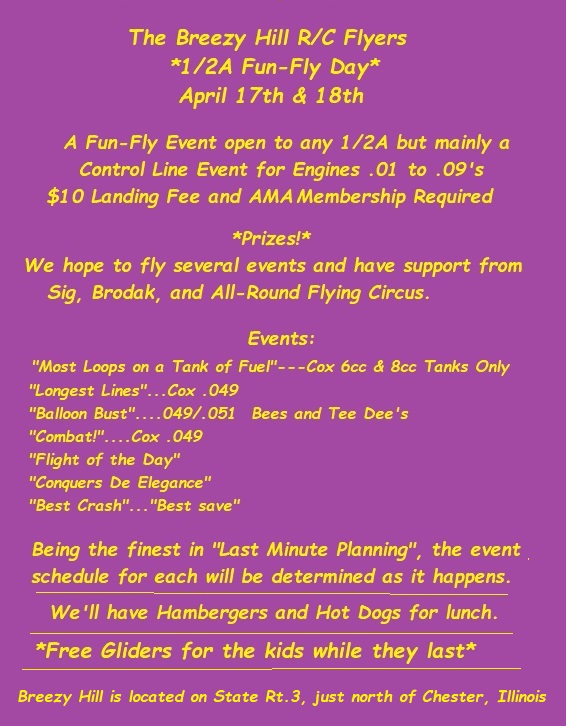 Took some moments to ready my 1/2A Ringmaster for next weekend's "!/2A Fun Fly"...ASSUMING THE WIND EVER STOPS BLOWING!!!

The little sheet-winger will be flying behind a good running 6cc tanked Babe Bee, itself sporting one of the new aluminum backplates from Cox International ( https://coxengines.ca/.../cox--049-babe-bee-fuel-tank ), a right-torque prop to help it hang out on long lines, and with it's land gear removed.

It's original Golden Bee will be tagging along for a quick swap-out.

One day of cold, damp air, followed by one with warm, sunny skies, both with plenty (and I mean PLENTY) of engine tinkering, jokes and laughter...and great food served up by President Ronnie.

Nitro was burning and castor oil was slinging as assorted versions of Leroy Cox's tiny engines either screamed or sputtered, or both, with new airframes and old dinosaurs taking to the air.

Allen Bagg had a small fleet of planes, but had some engine problems, and did some "mix and match" with their parts, giving him a hyper-speed combat wing to fly on Sunday.

Leo's typically high performance engines hauled their planes around their circles, with some crazy great stunts by his Medallion .049-powered Ringmaster flying on 60 FOOT LINES!!!!
His Medallion apparently has an identity crisis, and thinks it's a Tee Dee.

Allen also rounded up some prizes, with SIG sending a Mini Zilch kit and two bottles of SIG bond glue, along with Brodak giving dealer cost on a Baby Clown.

Mixed in with this are some balsa and foam gliders which will be given to kids who can attend our little get-togethers.
Thanks to Steven Jany and Alvin Petrowske for their continued great work in keeping Breezy Hill looking so good, and to President Ronnie for feeding us!

Thanks to everyone for the great time!

Here's an album of the weekend...some photos were previously posted, but I wanted to get them all in one lump, and there will probably be others pop up as they're found: 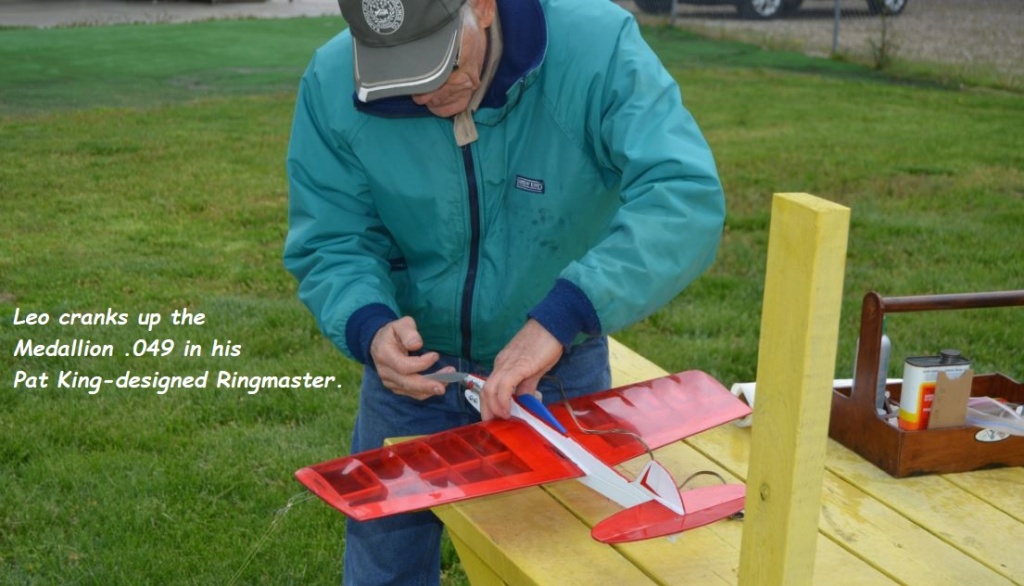 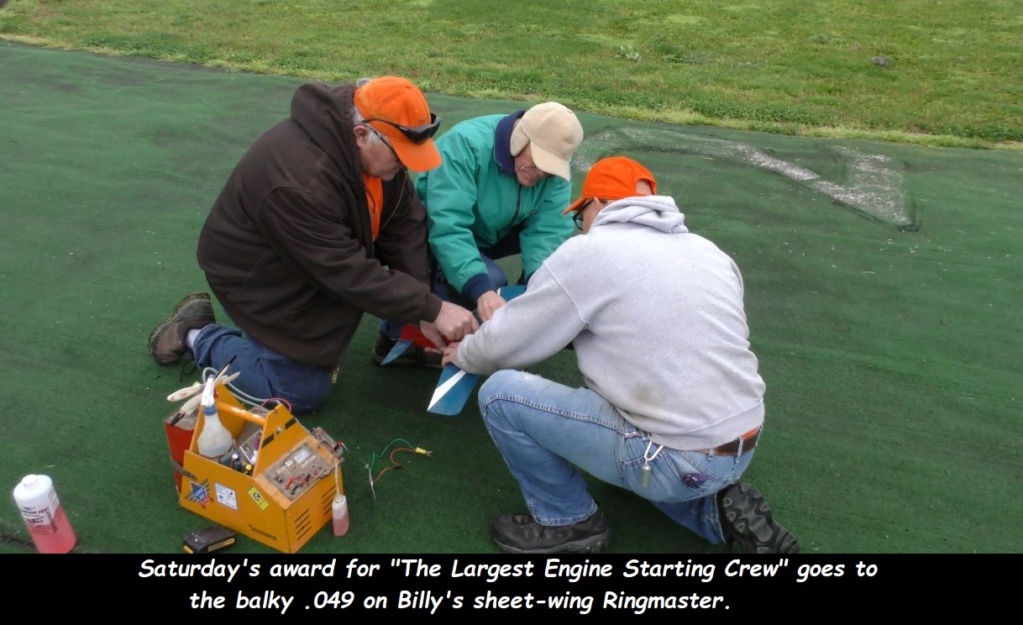 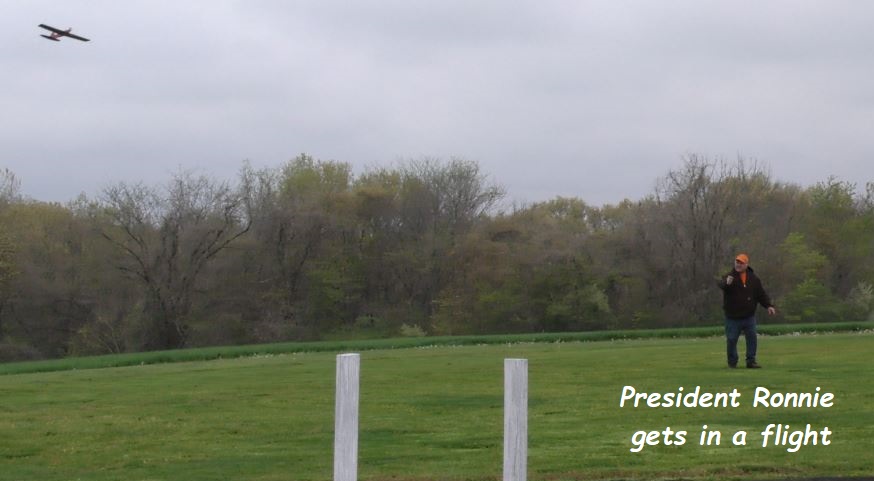 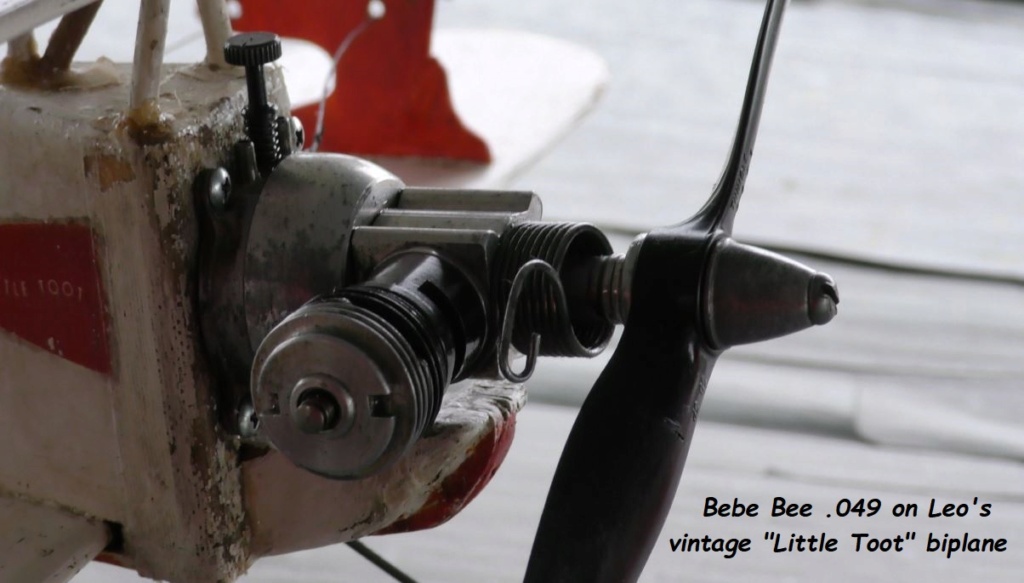 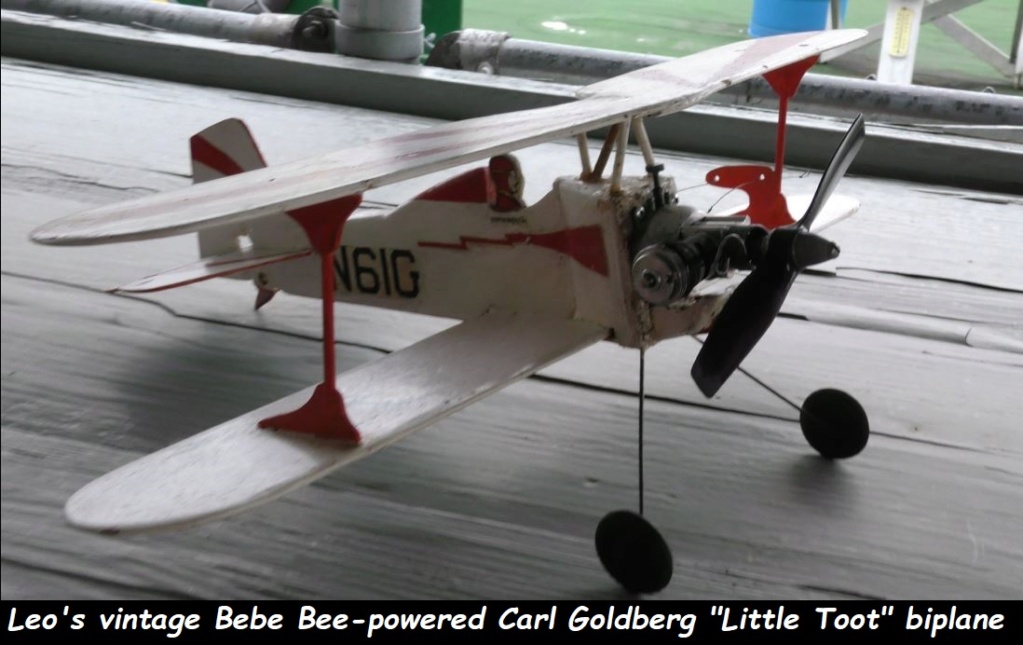 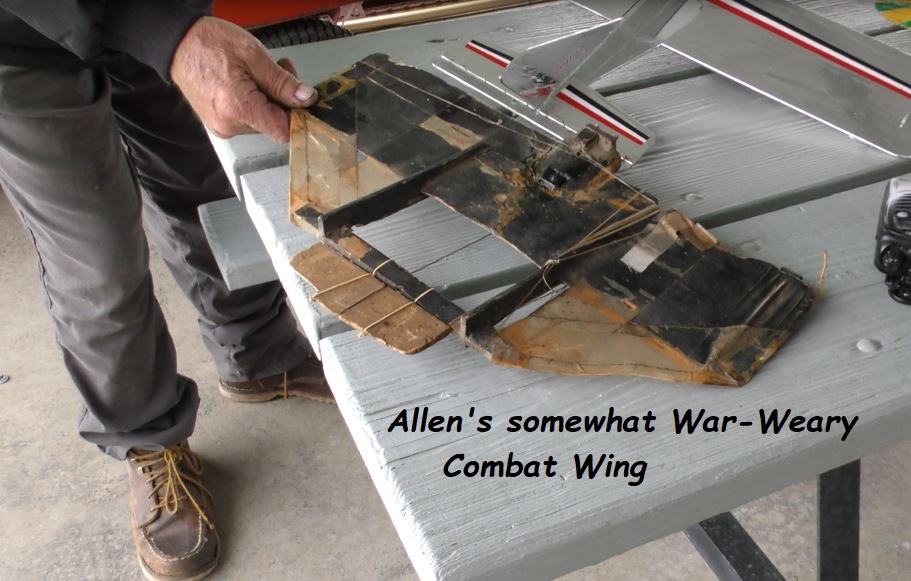 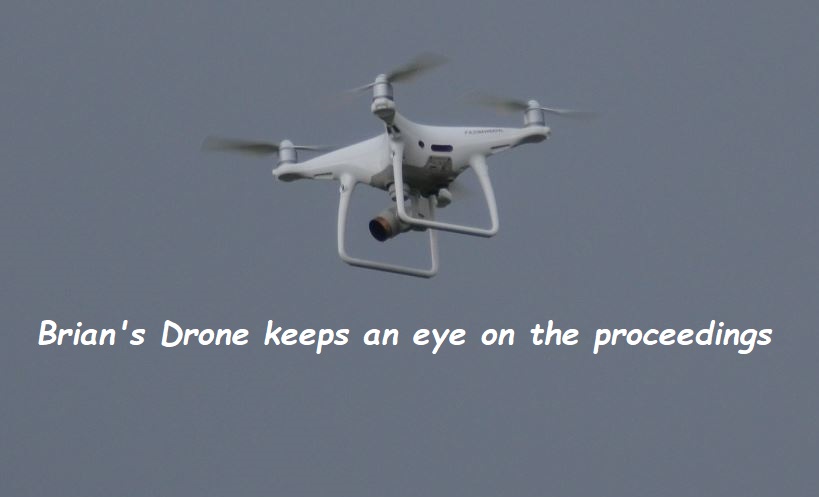 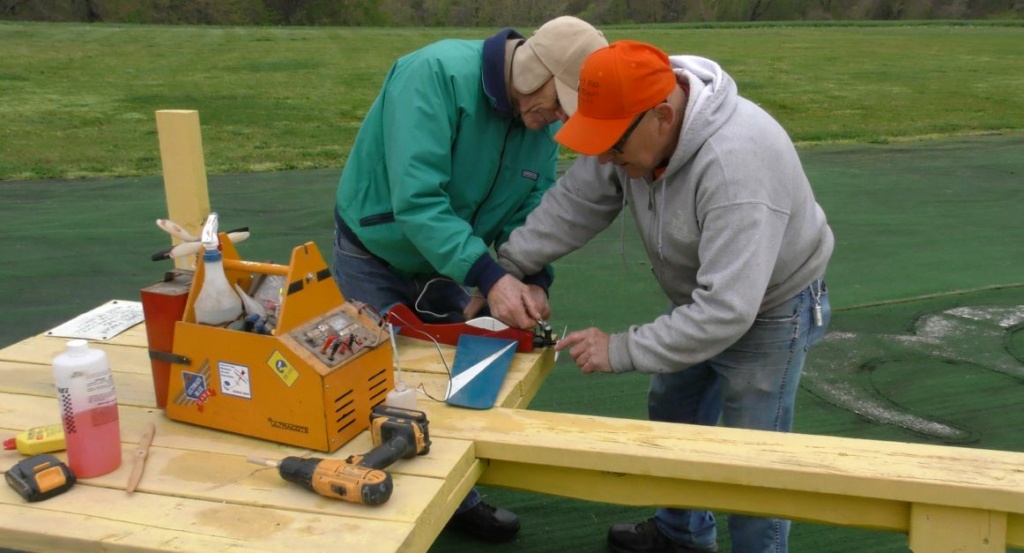 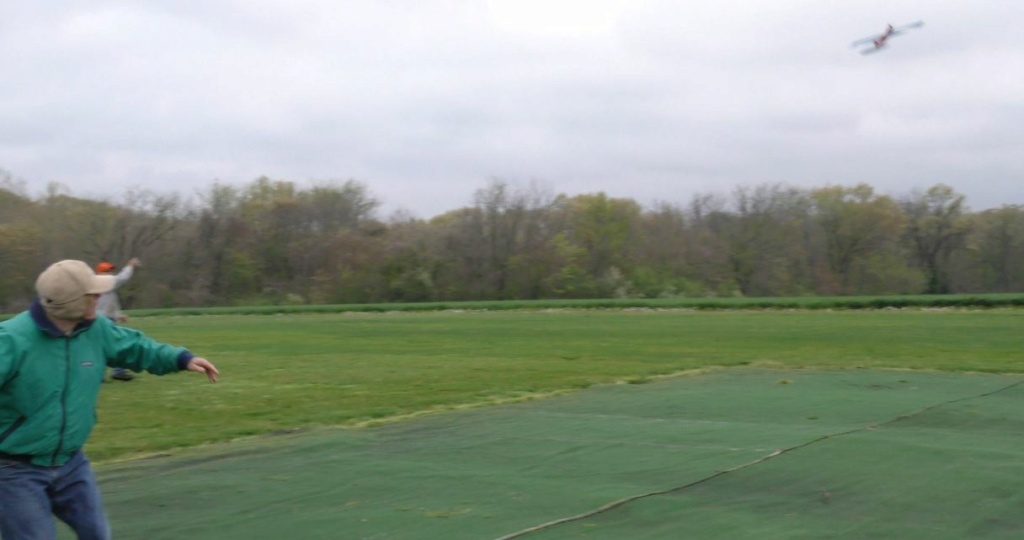 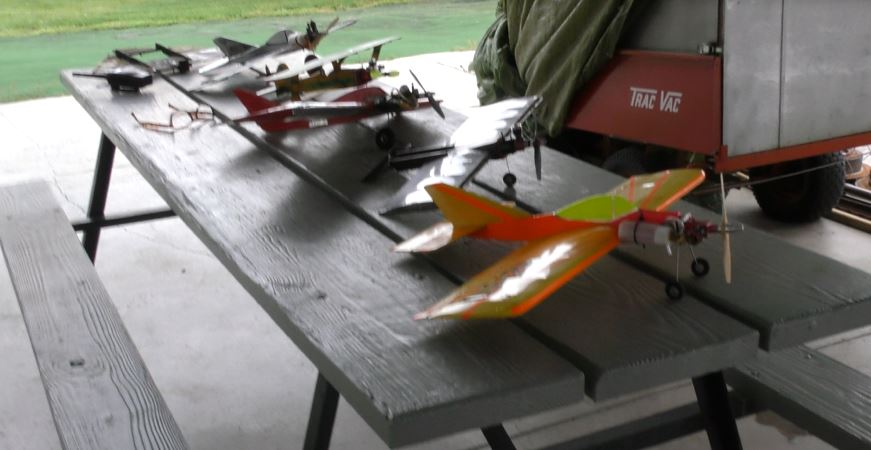 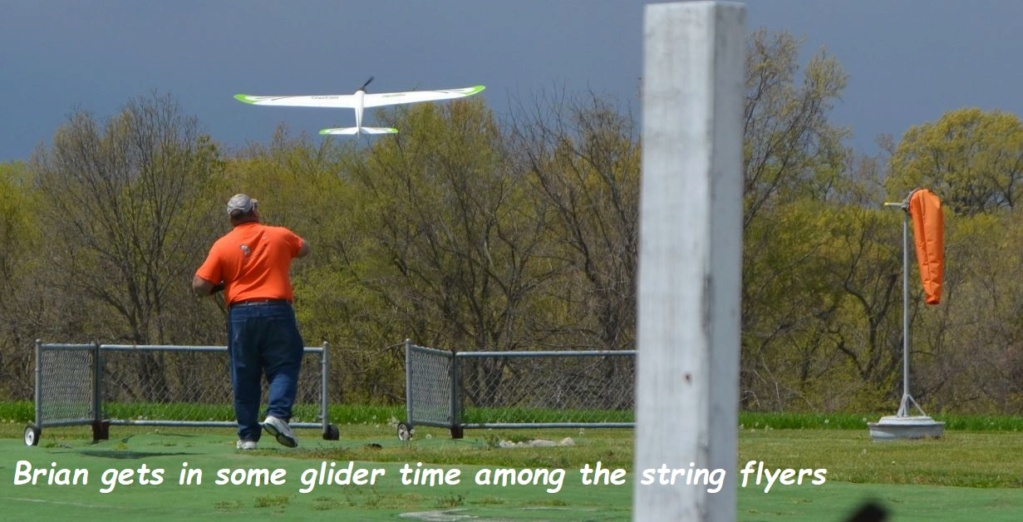 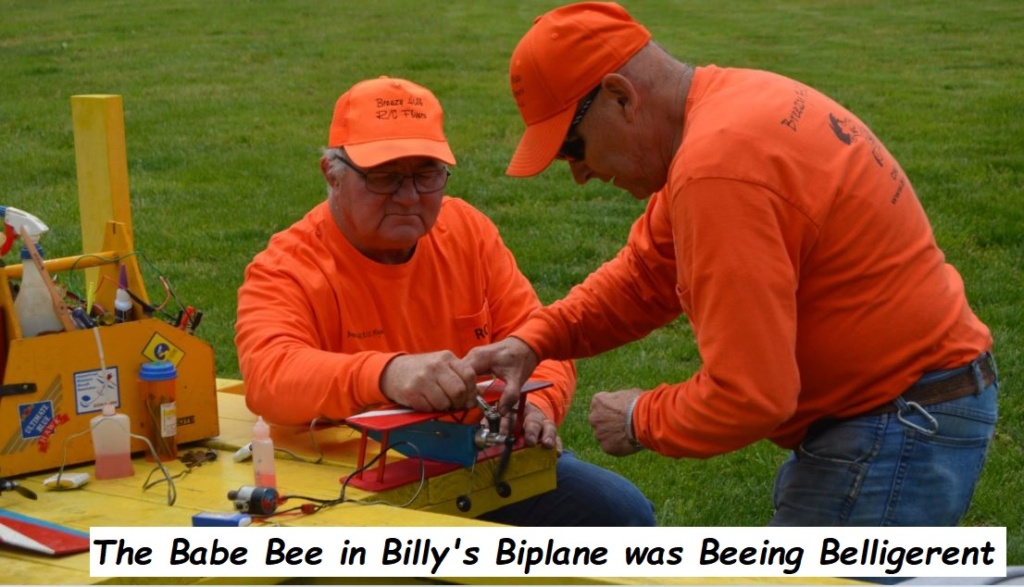 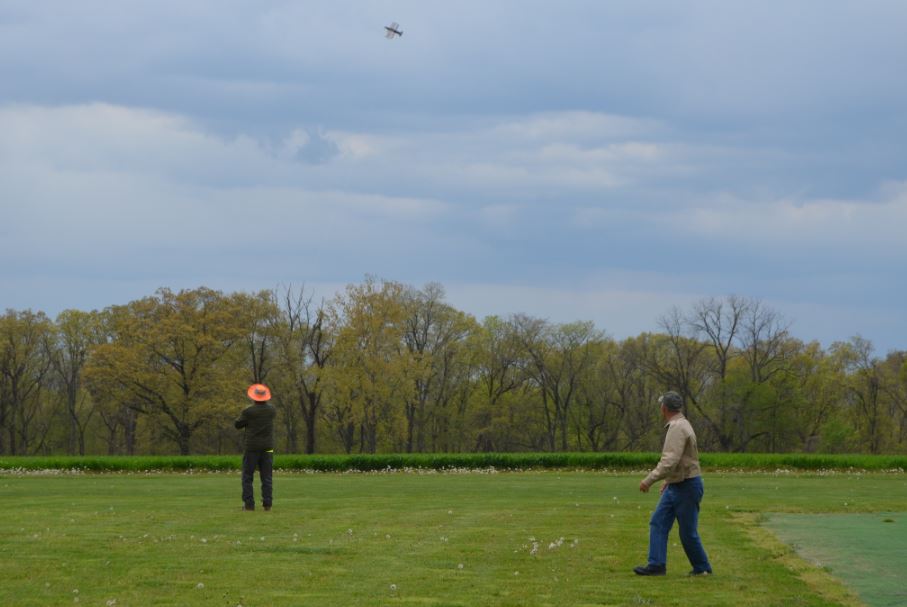 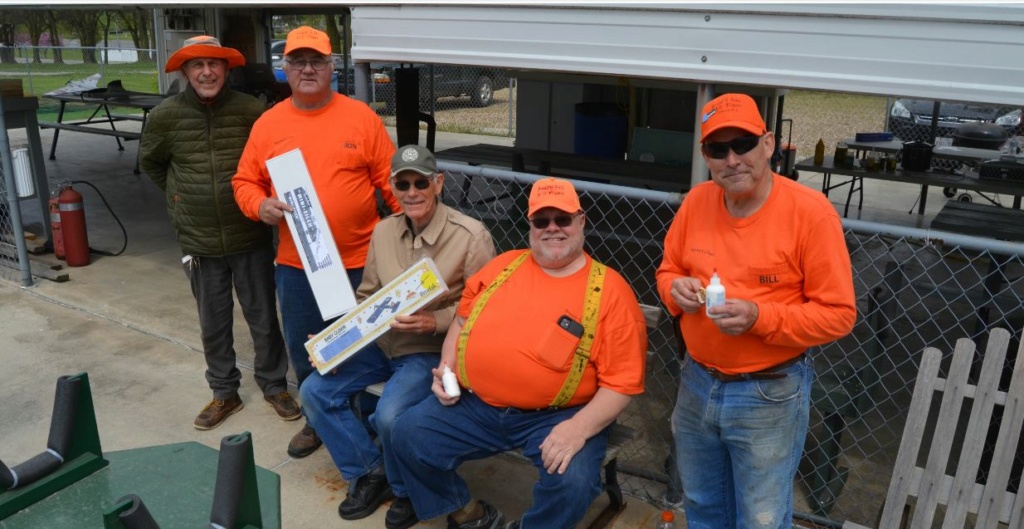 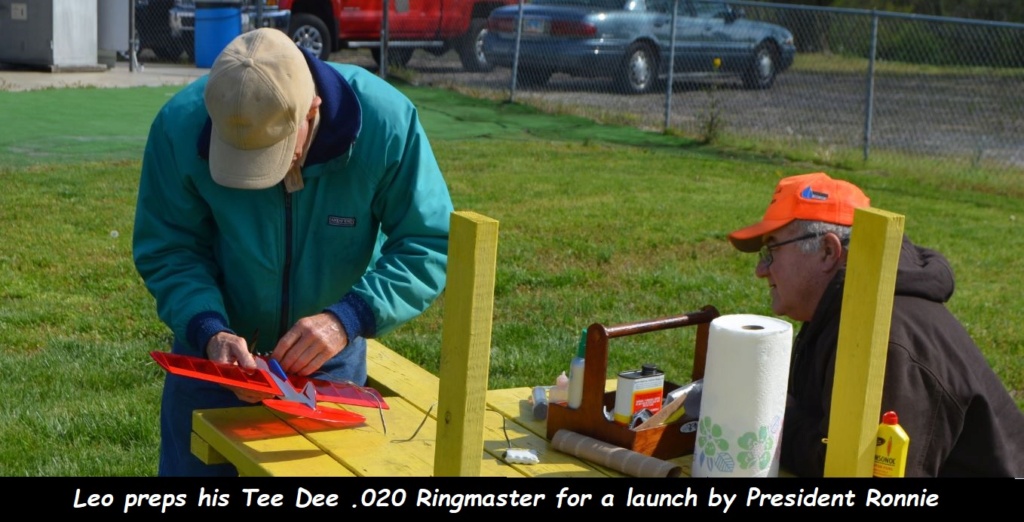 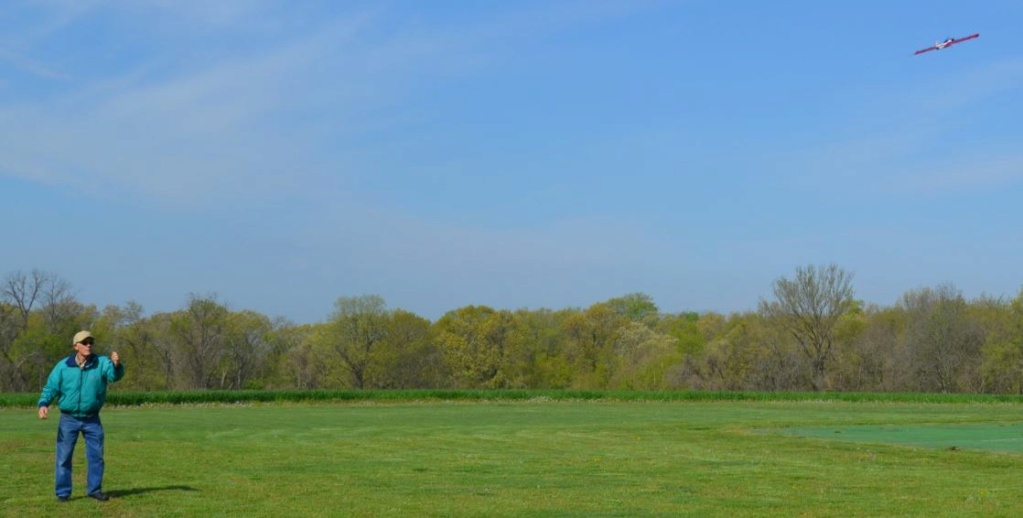 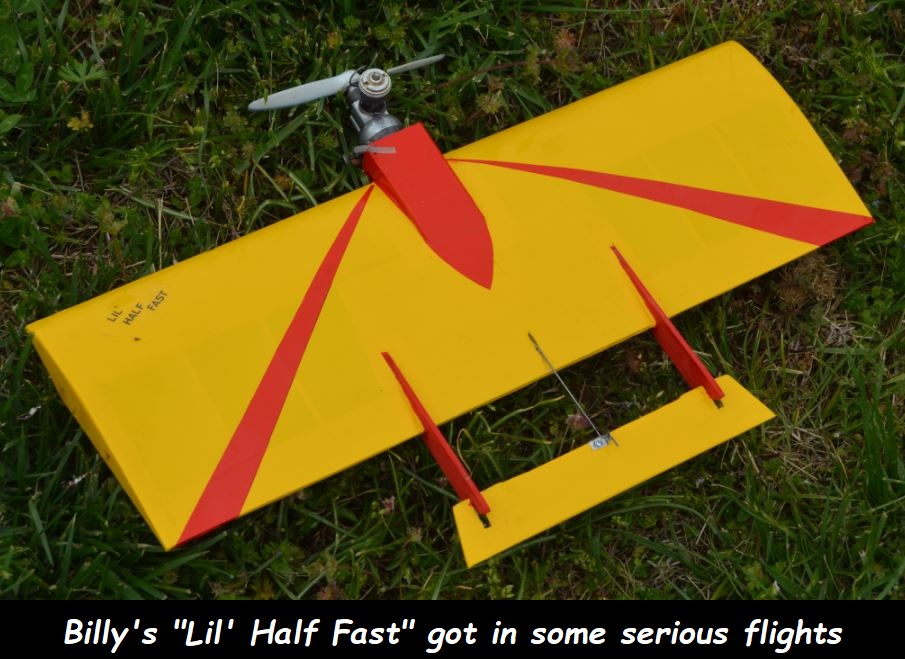 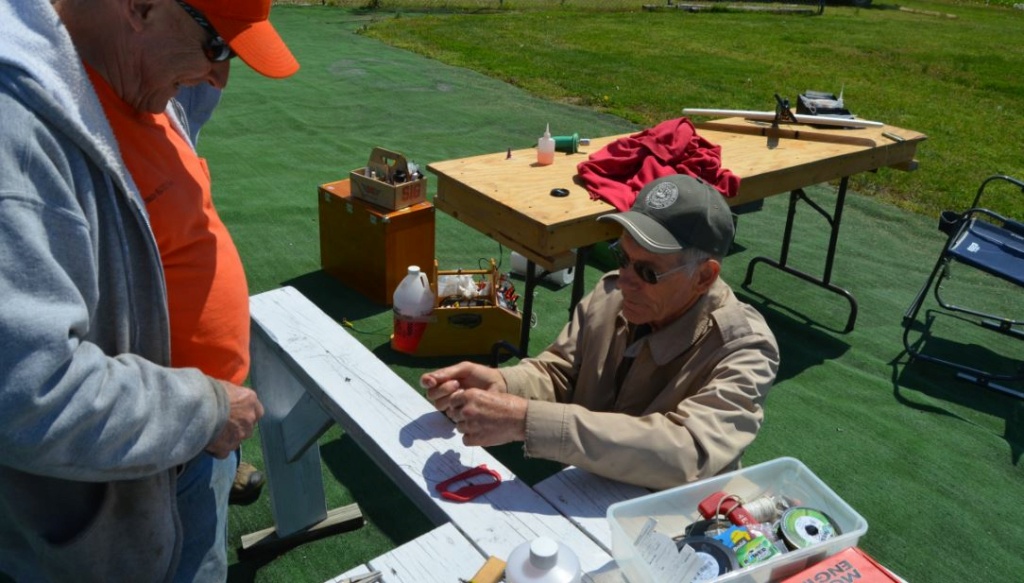 Enjoyed your pictorial Kim, as usual.

60' lines. Spyder wire I would think?

Thanks Guys! Yes, we had a big time. 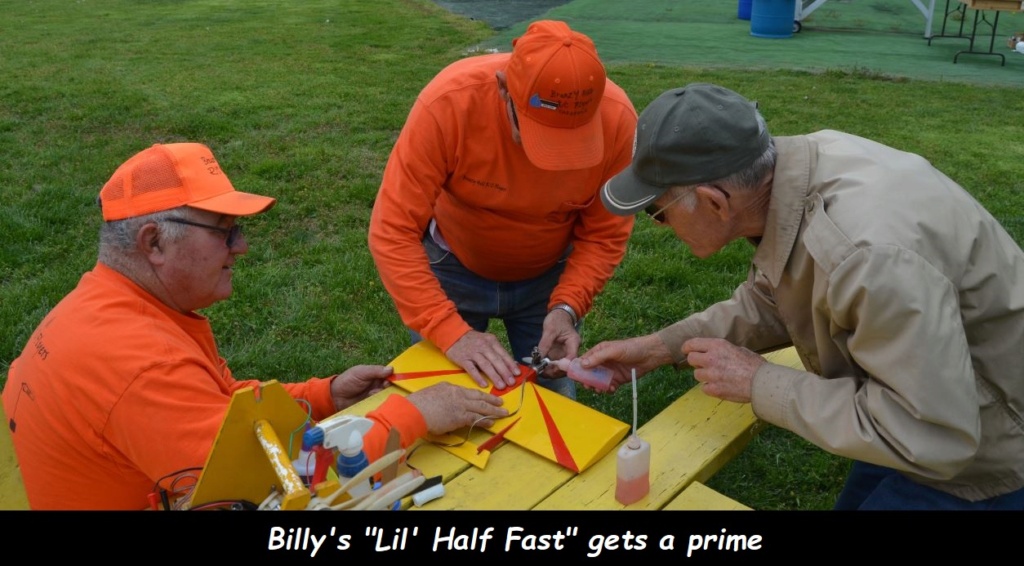 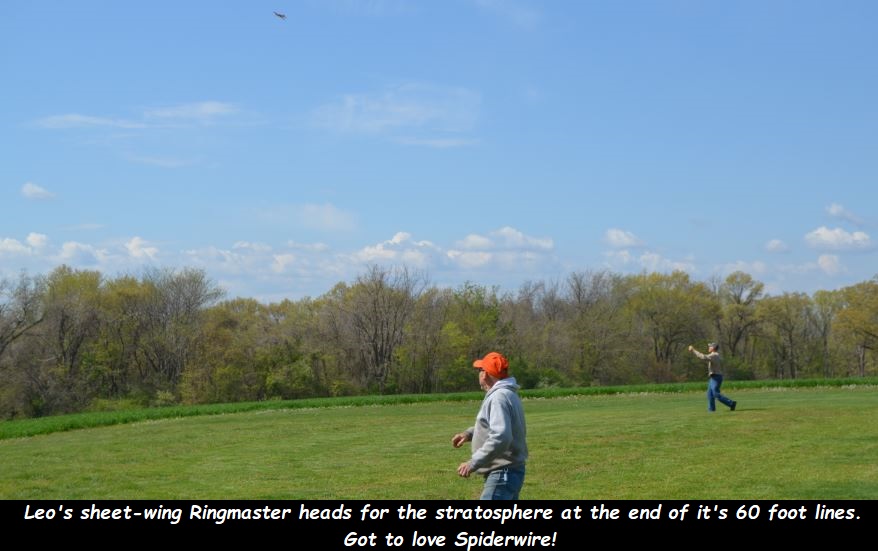 It was 5 lb spectra

Looks like it was a great time, Thanks for sharing!

Flying.049 on long lines is intriguing, I would like to know a little more about it if possible...What are the major challenges?...How can you design or modify to better handle this?....

@rdw777 wrote:Looks like it was a great time, Thanks for sharing!

Flying.049 on long lines is intriguing, I would like to know a little more about it if possible...What are the major challenges?...How can you design or modify to better handle this?....

Maybe Leo will check in here, but I believe he just made up the lines and went for it. His Medallion-Powered Ringmaster seemed to have no problem pulling the 5lb Spectra lines, and all the extra sky really let the little plane play.