Good job Ian! Or should I say "clean she is now"

I stand corrected. You'll have to excuse me I am always around nitro fumes.

And now, this is mine ED: 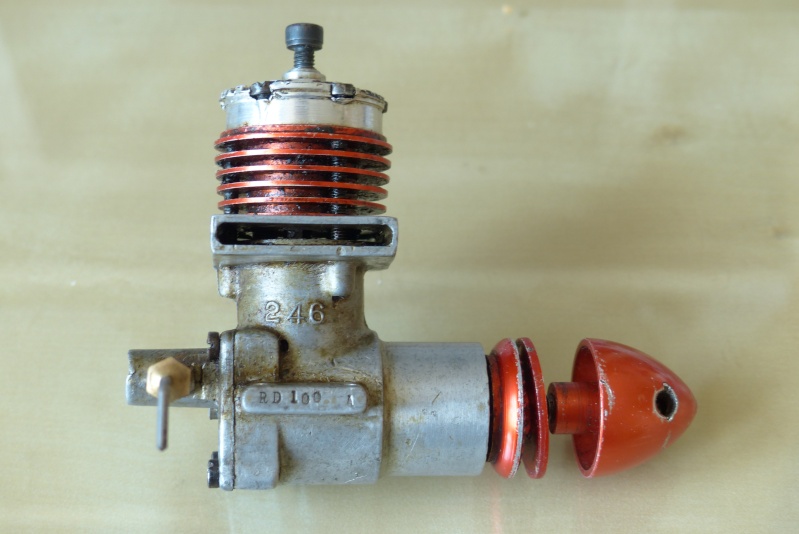 @navion34 wrote:And now, this is mine ED:

These first appeared in 1951 - there was a "glo" version, same colour:different head, and a reed valve version, green instead of red.

They were very popular British engines and widely used.

Yours - like a few I have seen has been modified. It has what looks like a PAW needle valve and the head has been modified. Tuning diesels for combat was a very common occurence and some modified heads to alter the cooling characteristics.

The PAW needle valve is a common replacement and it is finer than the original.( and still available!)

Mine is now in the queue for setting up for a run.