Yesterday my son Shawn and I headed to the Middlesex Vintage Combat Festival. Quite a turn out at the Garden State Circle Burners field. Larry Scarinzi attended as well as Bob Hunt and many others which formed the Union model airplane club. Aside from the reunion of fellows some being away from the hobby for the better part of 40 years we had a great turnout of planes and flyers. Larry is into his 80's and he was doing some impressive flying yesterday. I really hope I can do the same. Maybe turning fast in circles is like the fountain of youth. While Larry's flying was impressive, his humor and knowledge is equally impressive. He was very good friends with Duke Fox and also assisted in the design of the Fox .36X. The majority of engines yesterday were mostly Fox .36 X's. In the 60's Larry would tune these engines and sold them to many flyers. These were known as the LS 36's. Larry would alter timing on the cranks, grind and polish ports, and give it a massaging. Many of the designs brought yesterday were Larry's planes. Several Super Satans appeared, The Killer, and the Blitz. Larry had some cool planes.

There was an award to the fastest period engine yesterday. Tom Schaefer I believe won that with his Voodoo (Pictured) at 111 mph and a LS tuned Fox .36x. Many attempts were tried yesterday and all I can say is that I never had Fox .36X's like these. I had several newer Fox Mark series .36's including a Mark VI and I wasn't attaining the speeds they were. Not that mine didn't have the capability, I just wasn't propped for speed.

Tom Luciano a tremendous builder had a few Super Satans which were over the top gorgeous. His latest is shown with the engine nacelle and bladder compartment and booms were carbon fiber. The leading edge stab and shear webs were all covered in carbon tissue. A beautiful plane. More a labor of love.

Bob Hunt also attended and he's pictured flying a Voodoo. Bob is just as impressive in the combat circle as the stunt circle. Bob was flying his electric twin which was just awesome. I didn't get a picture of that due to my camera on off switch failing. Here's what I was able to take, enjoy. 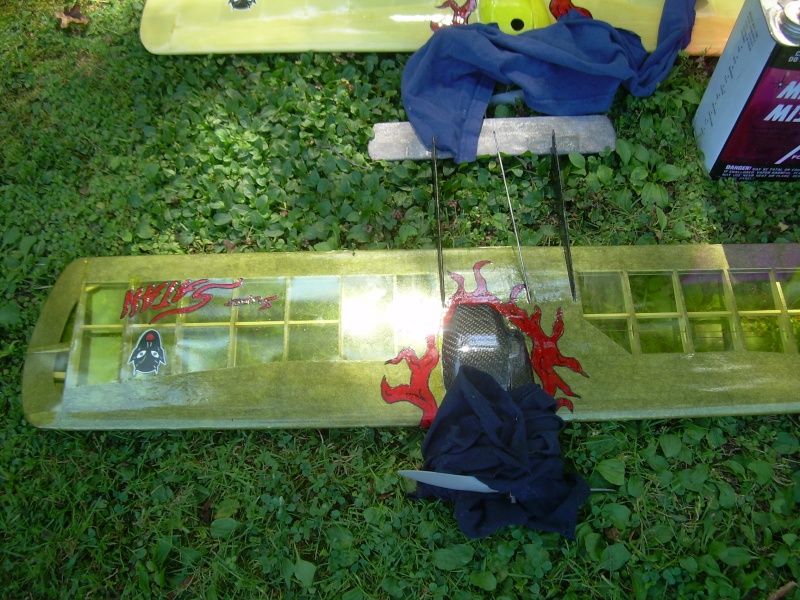 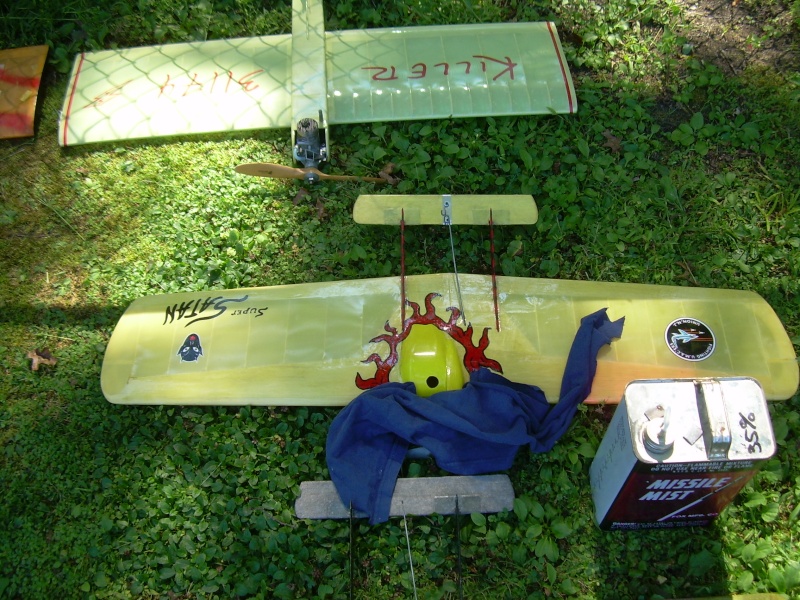 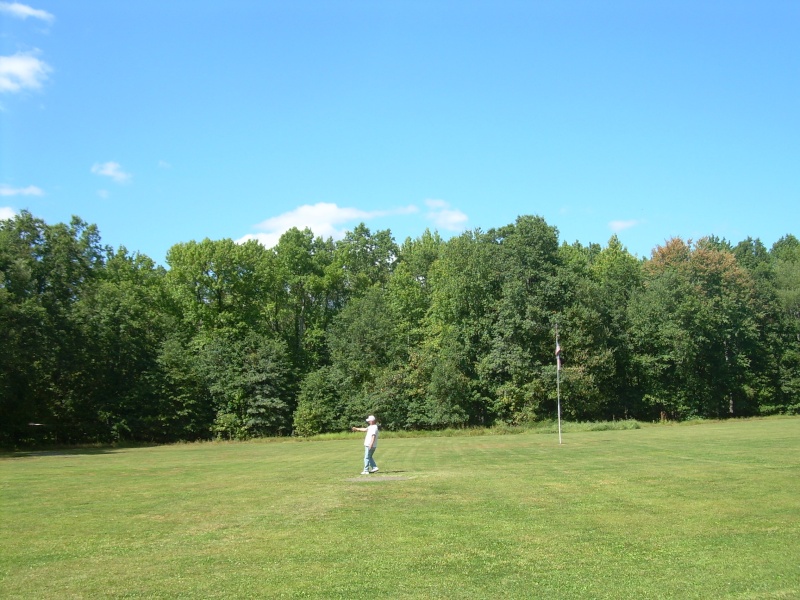 Bob Hunt ringing out the Voodoo 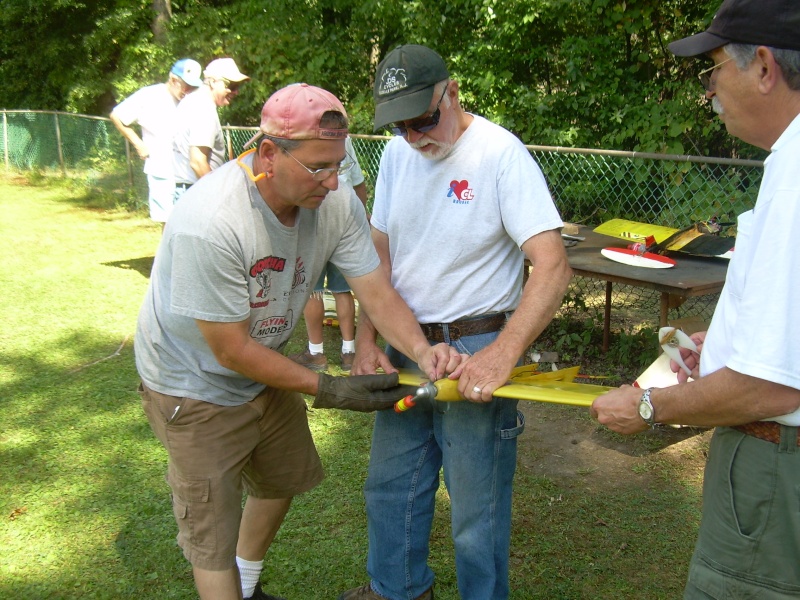 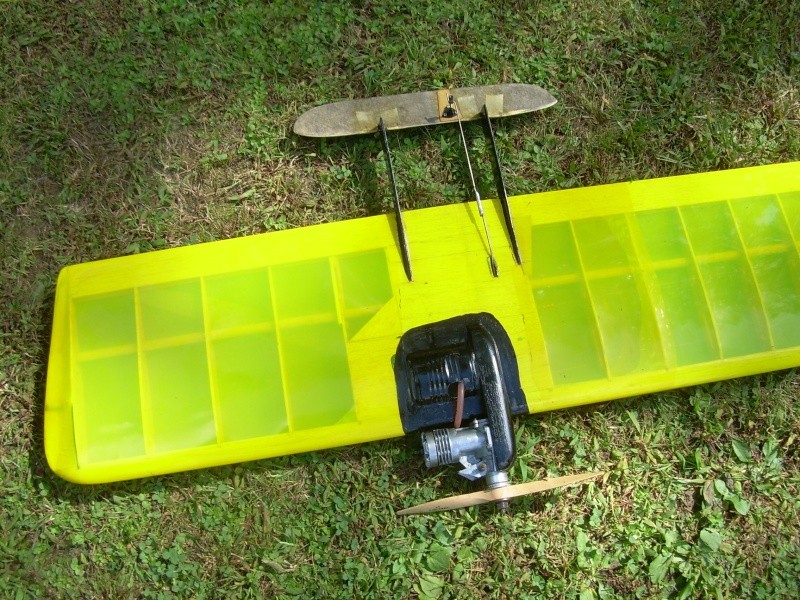 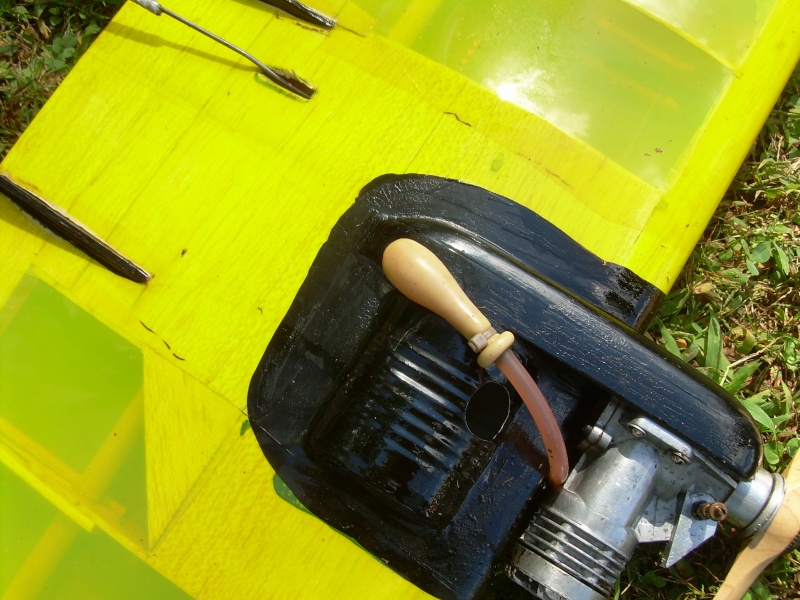 Below:       Larry Scarinzi giving some needling advice. Plane is known as the Scrambler and the fellow tuning the needle is the builder designer Frank Imbriaco 1969 NATS winner with this particular plane. Tom Luciano holding and launching. It came out of storage after all these years for this event. Engine was thoroughly looked over and put back together the evening before. All went well 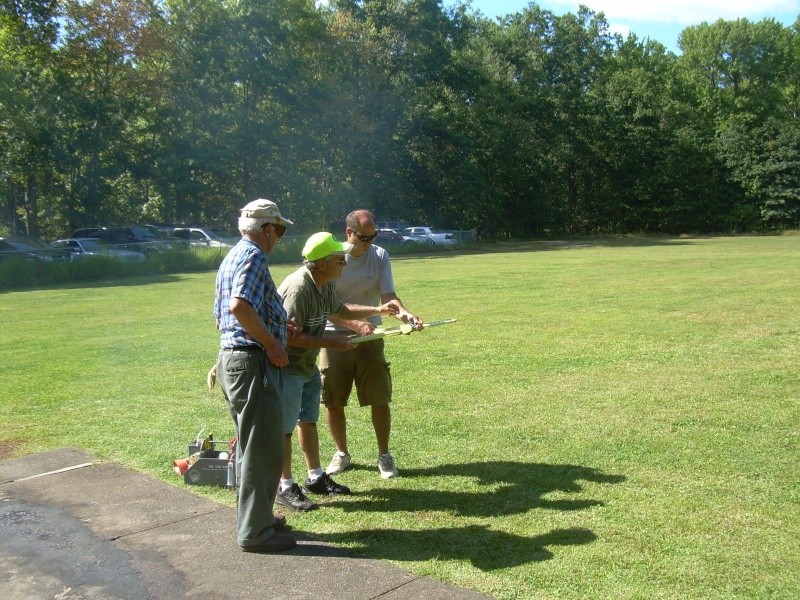 I'd love to meet Larry, you guys sure are lucky up that way!

I also need to build a Super Satan!

Thanks for the pictures Ken, hope you had a great time.

You really have to meet all of these guys. Larry is very inspirational to all of the guys there and also to myself. I brought my Jr Satan which wrecked due to a line break. That was heartbreaking. It really was a pretty plane. The Medallion .15 was dialed in just right and was cooking along nicely when the up line broke and it went straight in and hard. It happens and it's part of the hobby. Larry had to throw some digs in there which got me smiling. I did enjoy myself and my son Shawn and several others flew some spectacular combat matches. Ken