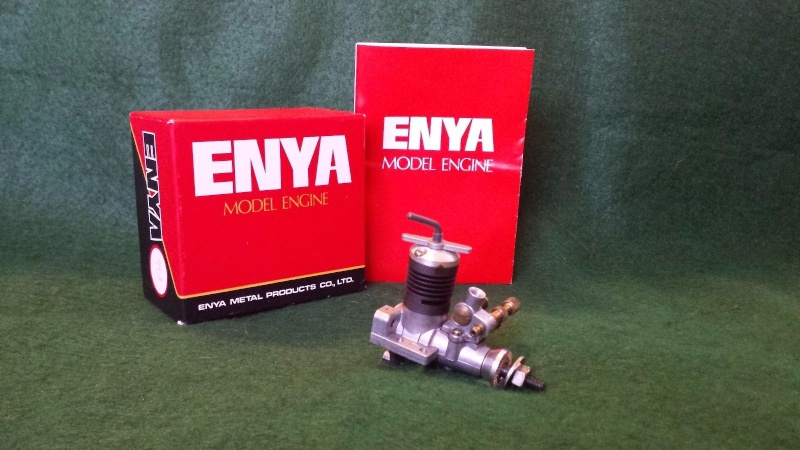 My very first model airplane engine was a diesel bought mail order when I was around eight or nine. I believe the instructions said that it ran on ether so my Mom went to the local drug store and bought some, this was back in a time when you could do so. I never got the thing to run and somehow years later it disappeared. I'm hoping better luck will befall this one.

Does anyone know what these take for fuel, and what to expect?

The "usual" recipe is:

I got some ether and castor oil from the local pharmacy for my Webra, but then I received some "special mix" directly from Latvia, and that's what I'm going to try first. In the Baltic countries Diesels have "always" been mainstream instead of glow engines. A fellow hobbyist was there to see some tether car (yes, tether car) speed races and got some diesel blend to bring home.

Ether is considered a somewhat controlled substance here, not sure how it is in the U.S. I've heard that people inhale the stuff to get a buzz, actually when I first googled about ether availability it led to some underground website to a discussion about how to cheat the pharmacists into selling ether.

Well, I just walked in the pharmacy with my Webra in my hand, showed it to the young lady behind the counter and told that I would like to have some ether and castor oil for my engine please

Guess I look more like a model airplane geek than a junkie, because she didn't even question the whole thing. I hope the junkies won't find this out as it would make it difficult to buy ether in the future.

For small quantities of ether I've heard that John Deere start spray is a good source.

It uses a mixture of ether, castor oil, and kerosene but I would strongly recommend that you start out with store-bought diesel fuel or you will not know whether your mix is wrong or your compression setting is wrong if it doesn't immediately start.

I have bought diesel fuel from Carlson Engine Imports, Davis Diesel Development, and Eric Clutton (Doctor Diesel). Not sure who sells it now, and most sell it by the gallon. A quart will take you a long way.

That said, you can get castor oil from a hobby shop and ether by using John Deere starting fluid. For that small engine you may be able to use ~30% Castor and the rest Starting fluid. I have not yet tried the starting fluid but you can look it up on the web.

If at all possible, get someone who knows diesels to help. Hand start only.

Call this guy and he will send you some fuel:

I don't have that one my self, but take the advise of using commercial fuel first until you get a feel for the engine. You'll need a larger prop than you would use on the glow engine, a 7x4 is probably about right but an 8x4 would also work, especially in the beginning. A larger prop is a lower load on these engines, as you will run with a lower compression ratio. Aim for top revs around 10000rpm.

Awesome little engine you got there. I got my first diesel engine this year on loan from a friend. Gummed up solid. Anyways, I did the 1/3:1/3:1/3 mix ratio mentioned above and got it running in a few tries. Ether is controlled here also, so I got a small can of starting fluid from my dad and squirted it into the mixing jar first. I only made a couple of ounces at a time as required in csse I had to change my ratios.

You might also check out this site...it has a LOT about the care and feeding of diesels including how and why we give them a proper break-in. http://www3.telus.net/dieselcombat/index.htm

Thanks for all the tips guys.  I hope that Carlson supplies in quart sizes.  I don't want to suffer that hazard shipping fee.

Yes, Eric, that's an ebay buy.  Not cheap, several bidders wanted it.  One guy snipped it twice at the last second but I wasn't going to lose this one.  Used, it went for much more than an identical glow engine NIB I won the same evening. 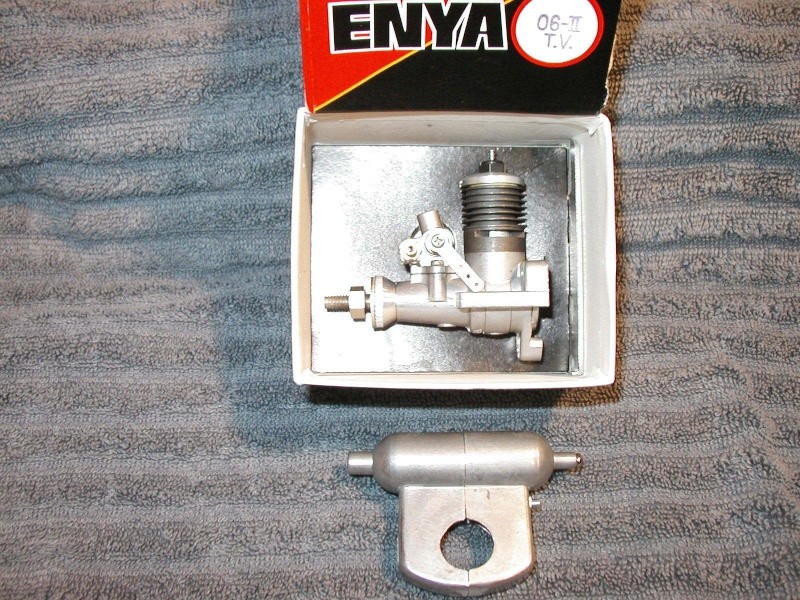 They stink horribly I thought my car was going to blow up with all that ether smell in it.

@Ken Cook wrote:They stink horribly  I thought my car was going to blow up with all that ether smell in it.

That's a matter of opinion Ken. I love the smell personally. Maybe that's because diesel was my first experience of model engines and it brings back memories. Some say that it's not actually the ether which makes it unpleasant, but the Amyl Nitrate added as an ignition improver. That only becomes noticeable once combusted.