I came across a Hobby Shop selling off West Engines at a bargain price. They had two left and this is one of them.

Although this engine and its purpose isn't for me, I couldn't resist the deal. the other engine definitely has my name on it.

Although there is no manufactures mark on it - it does have "Made in Austria" on the casting and it looks remarkably like a Webra.

My what a large pipe you have there , I like the colors, what nitro content are they recommending? That's a large range of props that they give and a lot of pitch ! (if I am reading right ) Is the bearing balls exposed at the prop hub, in that one pic looks like I can see some of one ? It is racy looking

Yes, that is the ball race that you can see. 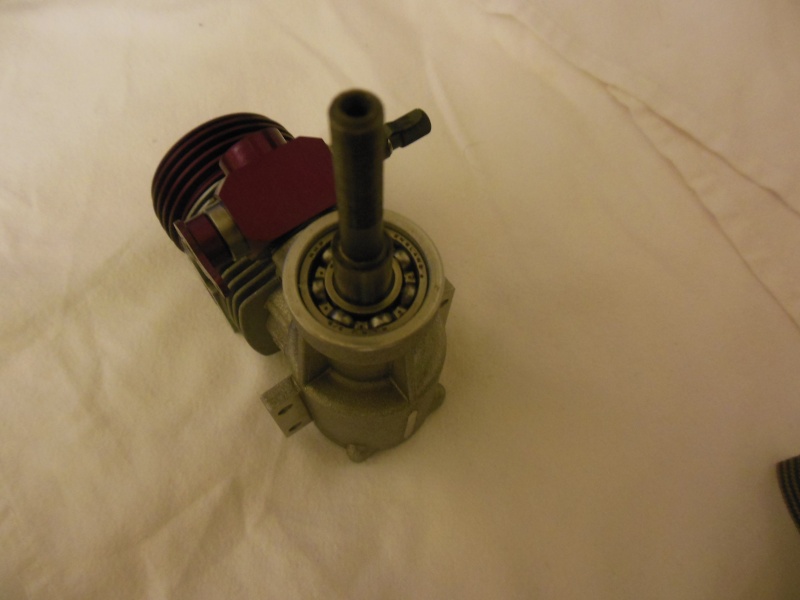 These engines are meant to run on 10% Nitro fully synthetic fuel.

These engines are meant to run on 10% Nitro fully synthetic fuel.

I would have thought that the bearing would need to shielded to prevent loss of crankcase (bypass) pressure.  So, if it's shielded on the inside, how does it get lubricated?  Might it be in backwards?

To seal, or not to seal: that is the question:
Whether 'tis nobler in the mind to suffer
The slings and arrows of outrageous lubrication,
Or to take arms against a sea of siezures,
And by opposing end them? To oil: to weep;
No more; and by a weep to say we end
The heart-ache and the thousand loosening fits.
[

I think I may have to stop drinking Gevalier coffee and watching Shugmery videos!

This is a reasonable thing to point out but there are many variations in lubrication strategy.

A more common twin ball bearing engine strategy is to have the inside bearing with no shields and the outside bearing at the propeller driver with a shield. This is typical on engines running castor based fuels and where the crankshaft is supported by the bearing and a "loose fit" inside the crankshaft.

In almost all instances it is the lubricant that provides the seal for crankcase pressure - that is how plain bearing engines survive. Nearly all engines will dribble (weep) at the propeller driver/crankcase intersection. It is how the weep is built in and how much weep is necessary.

Where something requires lubrication be it crankshaft or bearing it has to be provided.

Unfortunately, this is not the full story. There is no right or wrong answer but the answer is in lubrication.

Hence "To weep or not to weep"

I have restored and rebuilt many plain bearing, single ball bearing and twin ball bearing engines. Predominantly run on castor based fuels and, as you would expect from me, predominantly diesel.

What I have found is that it is the front bearing that is troublesome. I replace both bearings as a matter of course - only a few dollars - but the question is "Why is the front bearing invariably knackered?". The plain bearing engines have to be very well used to require intervention.

My answer is lubrication! I may be wrong but it is my theory that the sealed front bearing becomes a catch all for crud and oil congeals there eventually. The bearing stops being lubricated with fresh oil. Once crud gets in there - it doesn't come out - there is no where for it to go and it would have to fight engine pressure.

Naturally, you cannot remove the seal or as Rod says the engine pressure will fall - the bearings will last though!

However, there is a balance between maintaining pressure while still allowing a weep provide total loss lubrication.

As the 52 V1 hadn't been fitted with a propeller - when I took the photos - the propeller driver was loose. After I took the picture of the bearing I tightened it up and locked it in place.

So I have picked out another engine with a similar arrangement - a Fox 46.

If you look at these pictures you will see that the propeller driver provides a limited but not total seal. There is a disadvantage to this method as it will not stop the ingress of fine dust but technically that should be expelled with the weep. 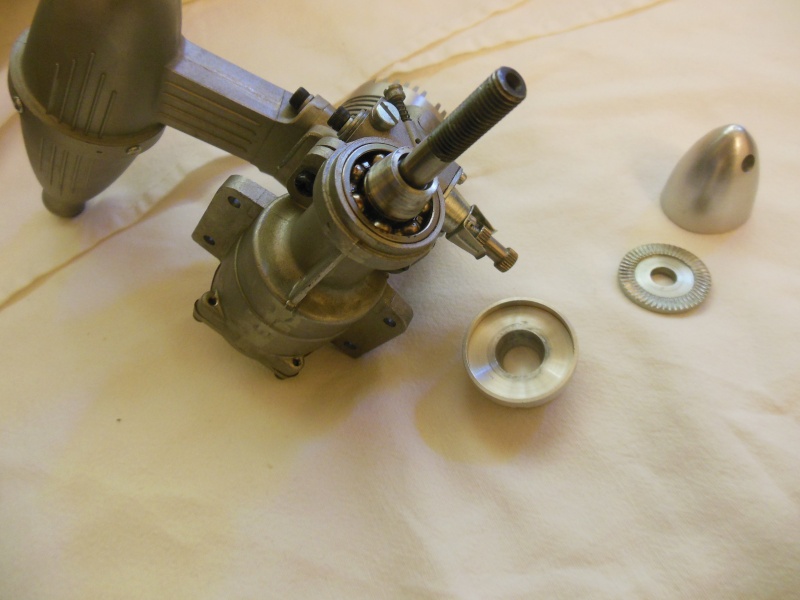 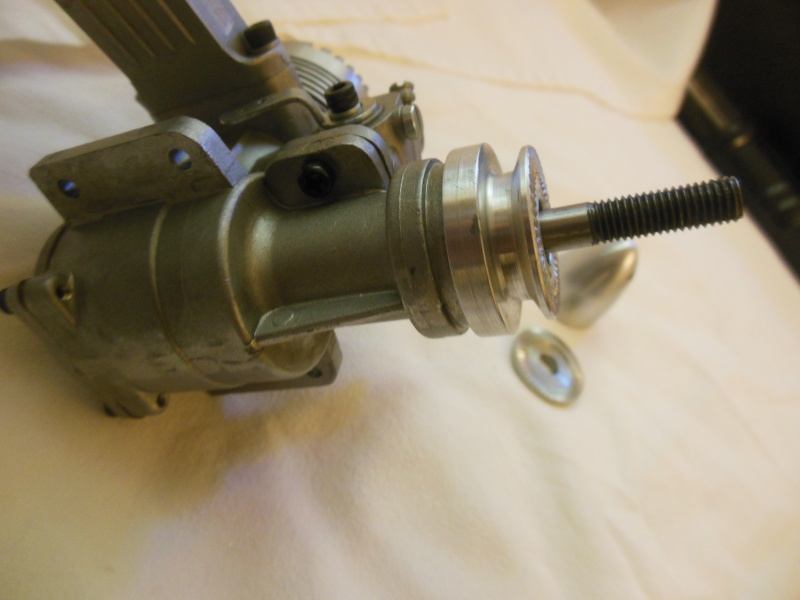 Here is what provides the weep to lubricate the bearings. The crankshaft is not a press fit directly into the bearing but has a keeper. 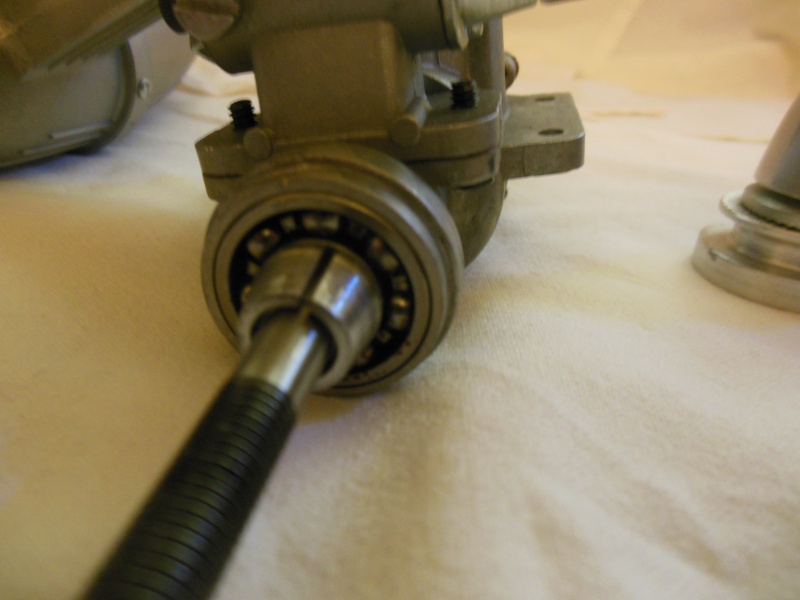 There are many variations on this including a fine groove in the crankshaft itself.

There we have it. To "Seal or not to Seal" or to "Weep or not to Weep"

I am not sure if he is the full shilling but I watched a video of his review of the Nobler ARF and later his flight videos.