Has anyone seen one like this before? Repainted?
Joe 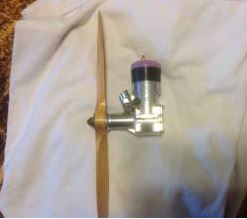 May have existed, I dunno, but never heard or seen a purple head Testors McCoy. It looks like a standard run of the mill McCoy Red Head of I believe the 1950's into 1960's. My guess is either painted or badly faded. Nice thing about the McCoys is that after stripping, one can paint any color they desire. I left mine in plain aluminum finish, which garnered shrieks from various members of the CL community. "Jest ain't right!" So, I bought some Duplicolor engine red. When motivated, I'll repaint. If one has it mounted on a twin, say F-82 Twin Mustang, OV-10 Bronco, DC-3, etc, could paint the head to match the other engine if not a McCoy Red Head. Fox, leave aluminum, K&B Torpedo Green Head, paint green.
I guess it depends how purist and historic one wants to be.

I've always thought that a painted head had the potential to make the engine run hotter. I would think the paint would act as an insulator. Anodizing would be a far more practical option, but then again, probably far more expensive to produce. These McCoys were only ever a "Bargain Basement" type engine, so the red paint would have been a cheaper option to dress up an otherwise boring engine.

Yes, paint does act as insulation. In some climates that may actually be beneficial, not sure what was/is the main market area for McCoys though.

Main market was control line and free flight. Testors in the 1960's came out with an R/C version, too, those had light blue heads. If not well cared for with generous oil content and running on the rich side, the softer iron piston would wear out quickly, or life would shorten dramatically. Running mufflers IMO would shorten their life. Today, most are used in control line either without mufflers or a less restrictive tongue muffler.

I did an improvement to one of my .35 Red Heads. I found an Evolution .46 Remote Needle Valve assembly fit the back perfectly, provides decent mixture adjustments. 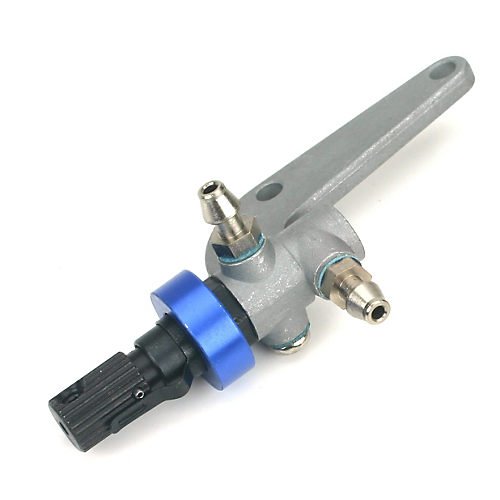 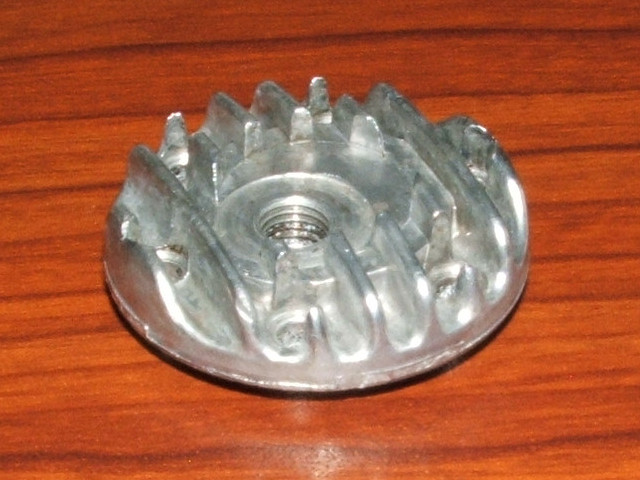 Front and back of .35 Red Head with Evolution NVA mounted: 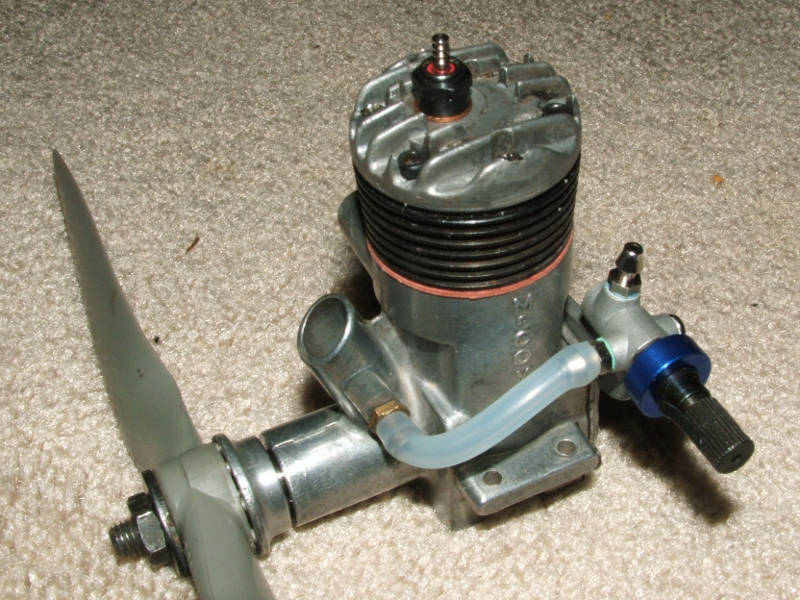 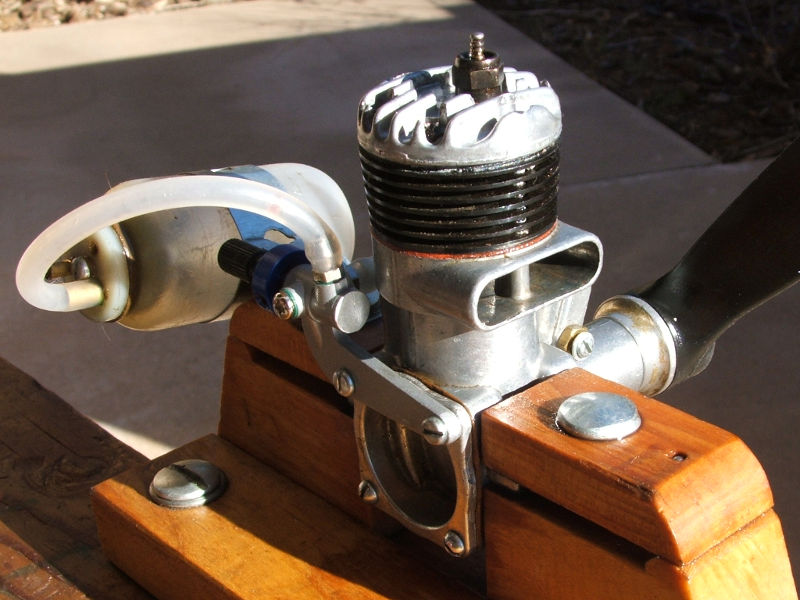 Perhaps the worst muffler was the Tatone Calumet muffler. It did quiet, but was very restrictive in back pressure, caused engines to run hot, am told many a modeler destroyed engines using this muffler. I removed the internal baffles with a Dremel style tool on mine. I run the Red Heads mufflerless. I have yet to fly an engine with the Calumet, where I am mufflerless is permissible and engines run better without mufflers. 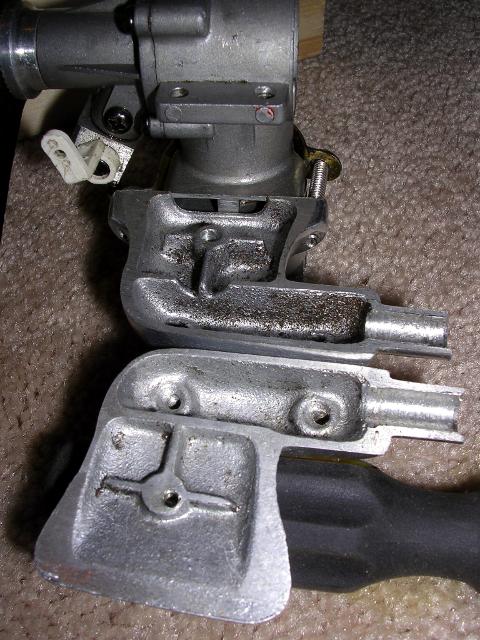 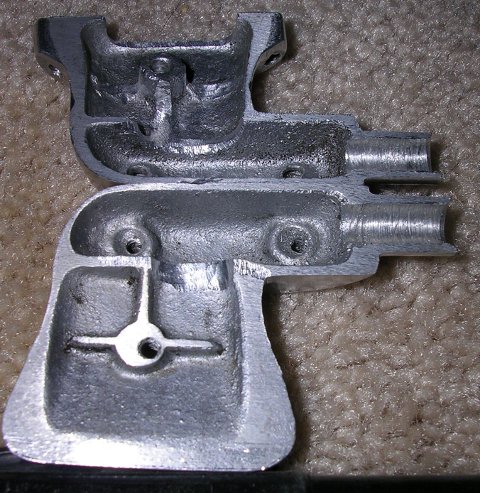 Also, there was a period in the Testors Corporation history where there were many quality control issues, where piston fit was sloppy. Some engines came off the assembly line with low compression. Some I am told due to their low cost in US, would purchase a half dozen or more, mix and match parts for better fit, then fly with those. Control line combat didn't have to worry as much about life as one good solid smack of the tarmac would destroy the engine anyway.

AFAIK, the later Testors R/C engines prior to the Series 21 black heads, some had chromed pistons. Chroming the piston would overcome the softer iron and I would think one had then a decent engine. There were a few in the CL cottage industry who provided chrome plated piston Red Heads. CL fliers claimed that overcame the piston weakness, seemed to have a popular following.

Then there are those who disdain the engines totally. I guess it is a love / hate relationship, similar to the imported to US Yugo automobile of the 1980's.

I am a Johnny-Come-Lately when it comes to the Red Heads. My first and only prior experience was when I purchased a .19 Red Head in the early 1970's from America's Hobby Center for only $6 US. I mounted it in a 38-in (965-mm) wingspan Sterling F-51 Mustang Profile stunter. It flew very trainer like. Here's a .19 I bought off cheaply off E-Bay for a song, must have been stored in a tool drawer, otherwise un-run and like new. 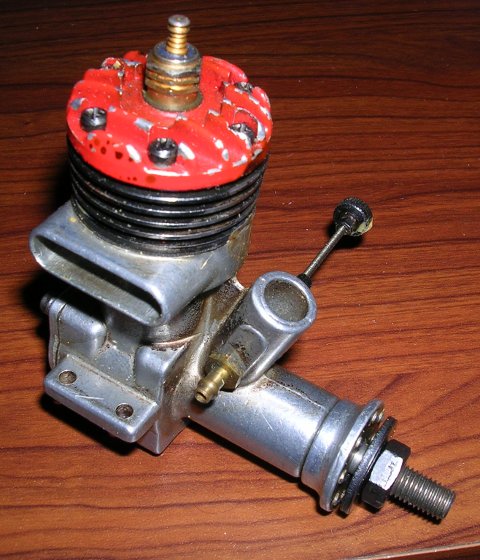 I find their engines easy starting and tuning, run quite well actually.
Personally, I like them better than the venerable 3 bolt back cover Fox .35 stunt.

The only McCoy I have ran was test stand a .19 Red head and it was a easy starter , no power house but seemed reliable with the run and constant RPMs . I had to go look I have ran a .098 four bolt front and I like that engine enough its thinking about flying

If I ever get around to scratch building, my Gilbert .11 Thunderhead, with power similar to the McCoy "9" would be a natural for power.

My dad was a poor soldier with kids so usually bought the cheaper McCoy engines and had many in the late 50s early 60s...I never recall a purple head version....but do know he and his friends did often clean and repaint them.. and usually with what ever auto paint they had on hand...dad had a great looking one with John Deere green head

I currently have one of the McCoy rebuild lady's (forget her name...Chellie something) McCoy 35 ---and it is a shelf queen for me cus it is so brand new looking and reminds me of one my dad bought when I was just 4 YO....what a wonderful loud and cool engine for a little tyke like me then

In all my reading of the Torps and McCoys with painted heads I do not recall any of the old guys mentioning about them running too hot from the painted heads.....just typical mentions of needing a lot of oil and proper break in

If I ever get around to scratch building, my Gilbert .11 Thunderhead, with power similar to the McCoy "9" would be a natural for power.

one of these days

For a 1950 engine, the McCoy "9" is not a bad engine. It is not as powerful as the Enya .09-III, 1966 OS Max .10 and newer, seems to rate similar to the earlier Fuji .099-S, but then those came out 15 years later. Some disdain it with references to more modern Cox Tee Dee .09 and the Schneurles, but again these were later engines, I'd hope that the technology would improve over time. You're right about strong fuel suction, which would work very well in CL and throttle-less RC planes. With power matched to the right airframe, should be a joy to fly.

Thanks George for the info. Joe what you going to do with the purple Hd. ? Test run it , fly it or look at it