Post getback Today at 8:10 am
I like that Golden Hawk , Kim can you tell me how good it fly's ? I got some those sexy Space Bugs and Jr. too LOL Very Happy There was a guy in K-ville not to far from here that was selling the walt M kits at one time , he only carried a few wonder if he is still doing anything "?! Huh...

The Golden Hawk is short-coupled, but flys nicely under power, and glides well on shut down. It's only real problem is that it needs to be flown more. It's stitched hinges are still a little stiff, and more flying would fix this. I also want to build up a nice retro-looking cowing for it that might give it a sleeker look.

The Space Bug is a bit balky, so it has been limited to big barnstormer loops and wingovers, with no sustained inverted stuff yet, but the grass is gonna be pretty tall by the time I get home, so it may get it upside down then.

I can get the plan sheet to you if you decide to scratch one out...

Your description of flight characteristics of Golden Hawk is consistent with the one I had as a 12 y/o. Mine was powered with a fairly hot Wen-Mac MK X with a Perfect wedge tank inside fuselage, so it didn't have that alien sex toy look about it. It was a good solid zippy sportster. Good luck getting any more out of in the aerobatics department.

I added a little class to my Cyclone Kim, and the seal isn't even cracked on the Golden Hawk. Not sure if that's a good thing. 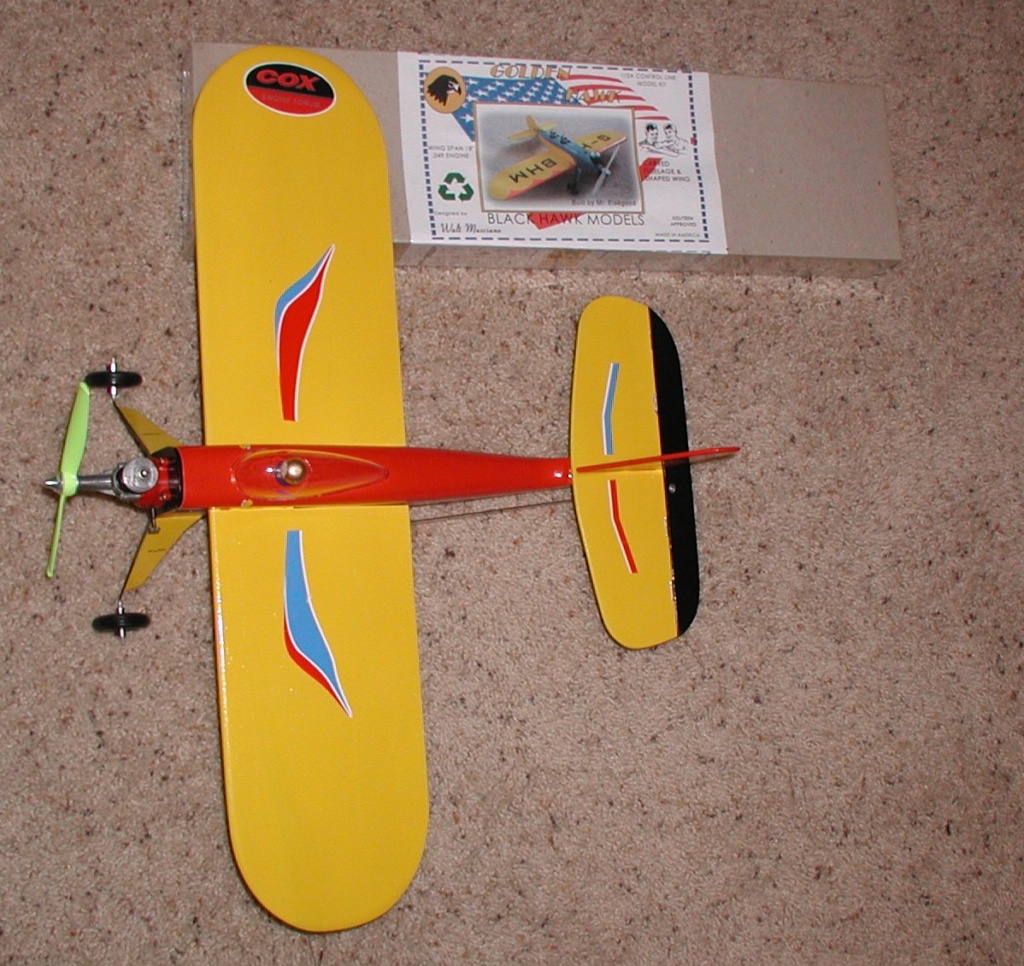 By the way, I think that a Model of the Month contest can be arranged.

Thanks Kim . and if its not too much trouble i would like a copy of the plans

What floor mat are they in ?

getback wrote:Thanks Kim . and if its not too much trouble i would like a copy of the plans

What floor mat are they in ?

I've go this scanned sheet here, or if you PM me you snail mail address, I'll just send you a printed copy.  I'll also run a Sharpie pen around it's wing on a sheet of cardstock to give you it's shape, since that's not included on the plan sheet. 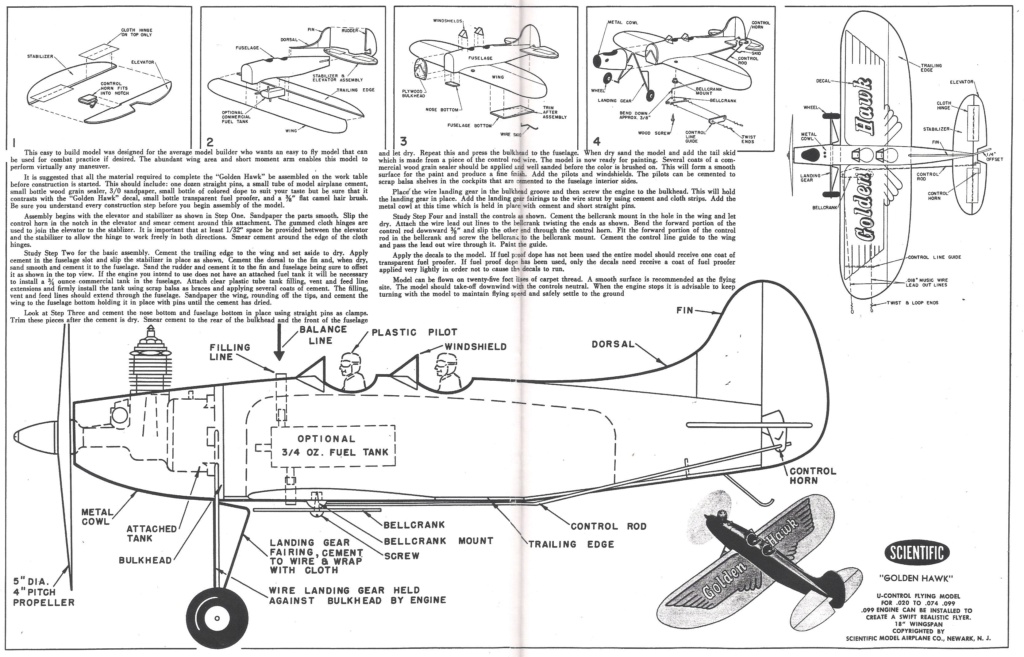 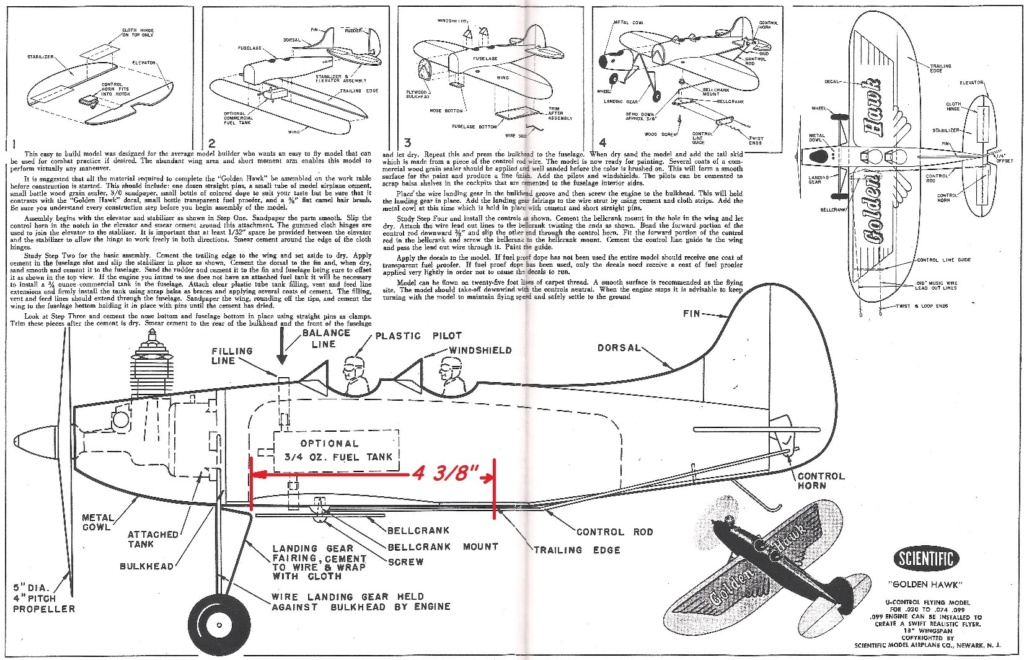 That would bee cool , pM sent Thanks Kim !!

Similar topics
» Dads Old Golden Bee
» Shoestring flights - I brought it home! Now, can I do it again?
» does anyone have some golden hawk plans
» *Cox Engine of The Month* Submit your pictures! -January 2021-
» Cox .049 Texaco – Back Widow – Venom - Golden Bee - 8cc Tanks