The question that can't be answered

The question that can't be answered

copied here from my thread on the Model Train Forum:

What do you do with old magazines?

I simply have no more storage space. When we moved from Florida to West Virginia I simply tossed them in the trash burdening our landfills. National Geographic, Smithsonian Magazines, you would think libraries would want them but no. Automobile magazine, Car and Driver, Model Railroader, American Rifleman, etc. etc. also in the trash save a few that had my letters to the editor.

Now eleven years later I have built up another stock pile and face the same problem. I could drop them off at doctor offices and similar places, but cutting off approximately 350 address labels is a non-starter. I could toss them immediately after reading, but they are a wonderful historical and information resource.

Years ago I partially solved the space problem by cutting out advertisements and articles in magazines that intrigued me and tossed the rest. Todays magazines have lost the style and romance of days past. Now-a-days it's all technical boring stuff with no imagination in either advertisements or text. I miss Brock Yates and his kind.

My automotive binders. There are others.

In-between there were several responses, but none that solved the problem. 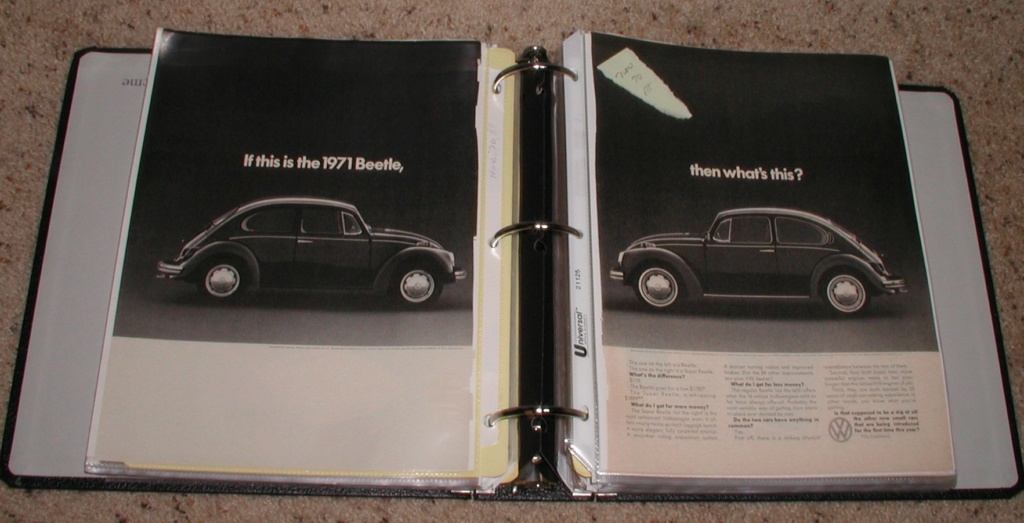 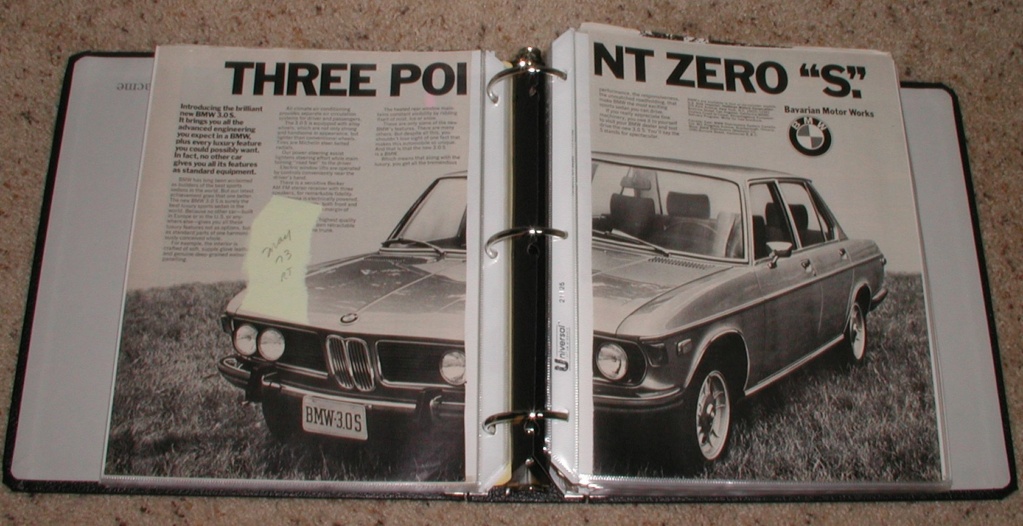 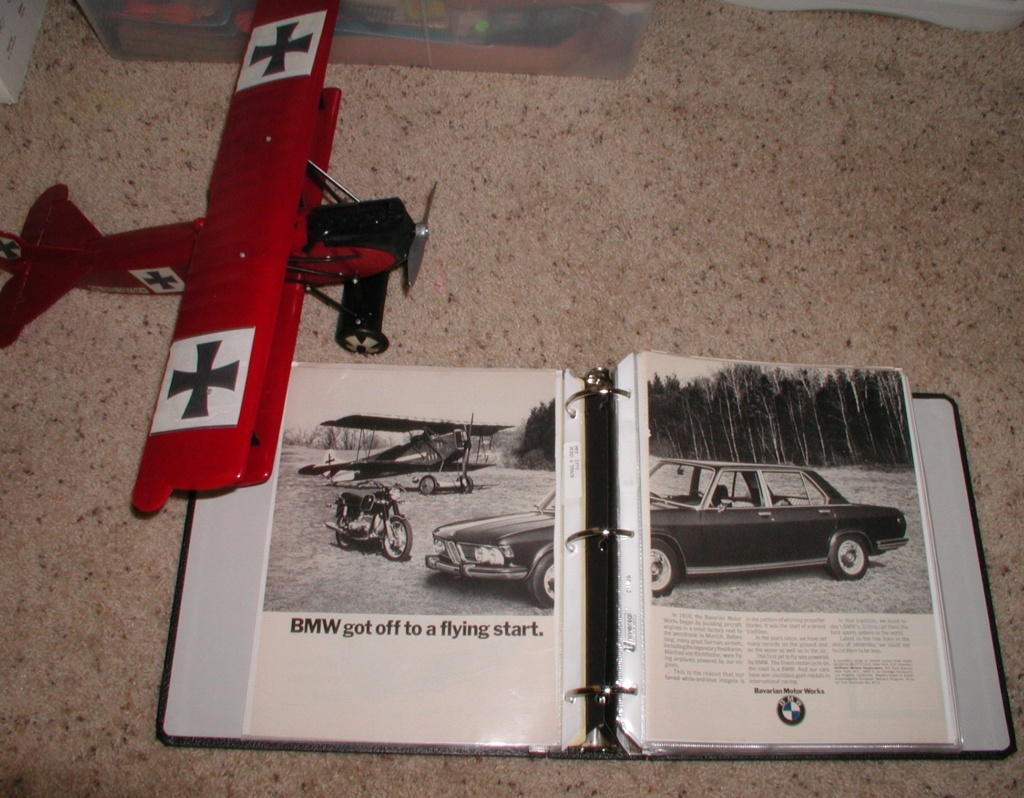 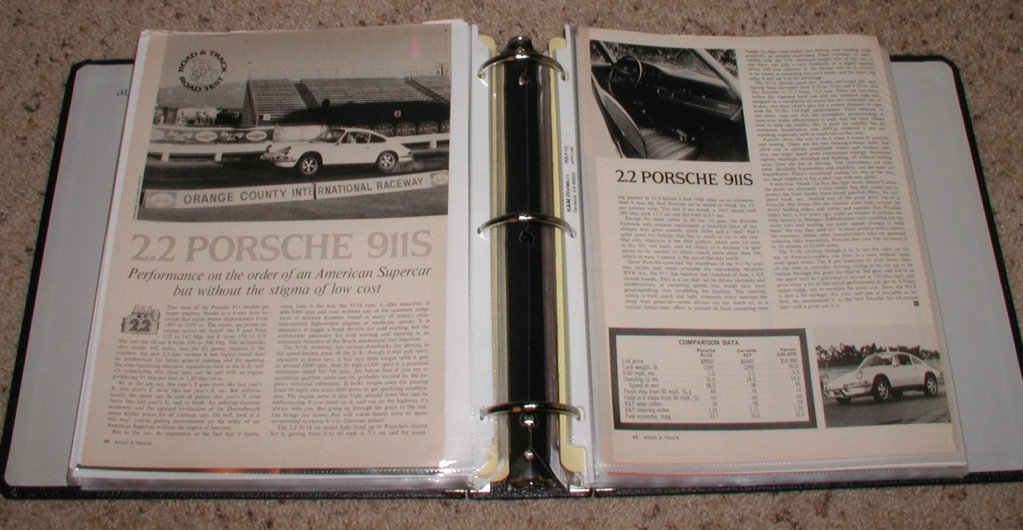 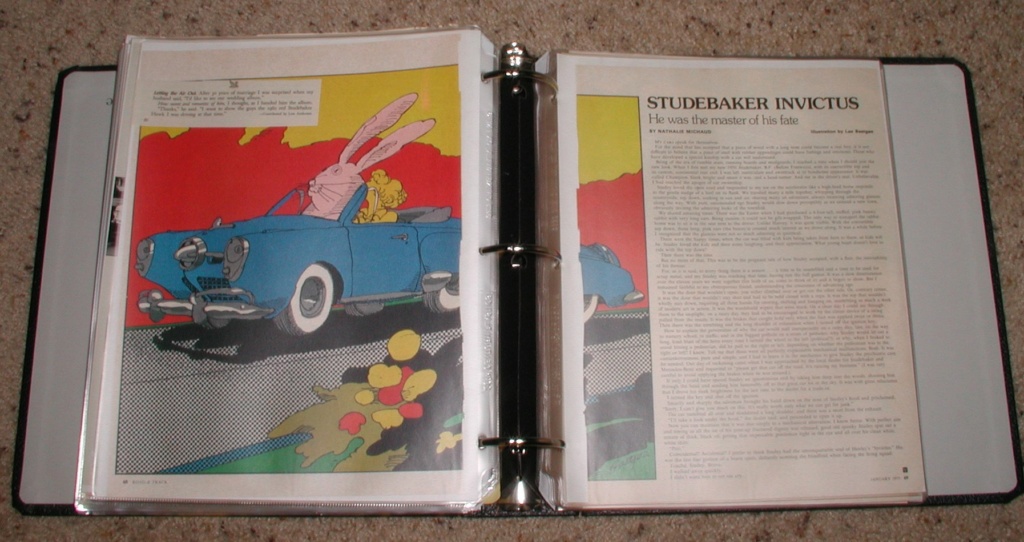 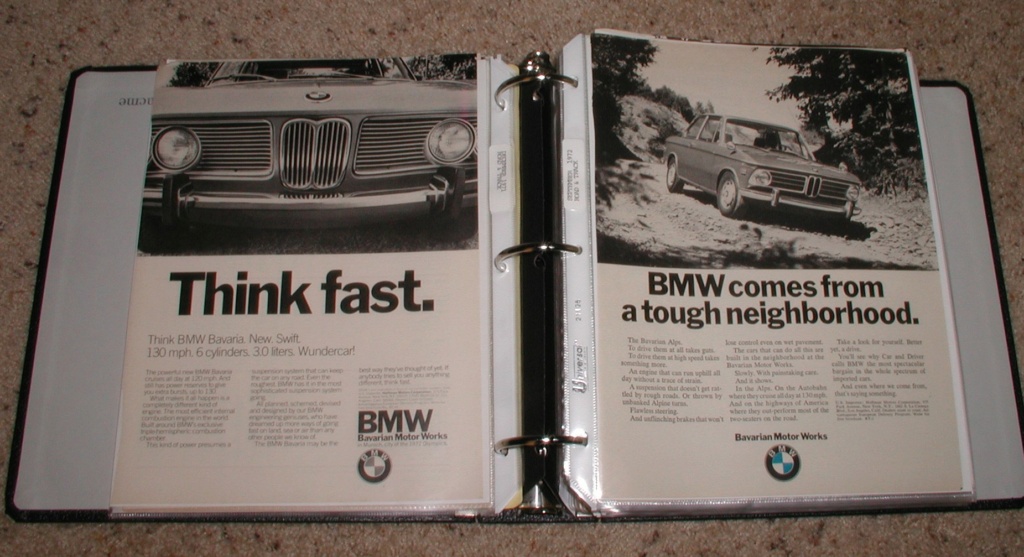 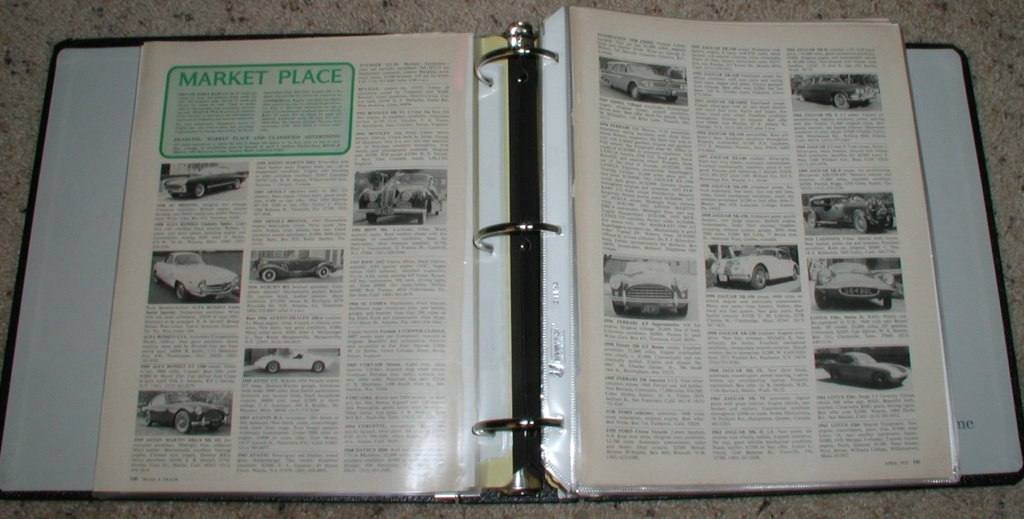 Here's a possible answer.. which would require "your interest".. (which is obviously present), a "document-scanner" (most modern printers have a scan feature) and a "USB storage device" (thumb-drive); the latter of which could be stored in a single 35mm film canister.. and easily contain scans of everything that you discarded when you moved from FL.. and everything that you've accumulated since then. It's like microfiche.. only better. You can also store other various forms of digital media.. and retrieve the files instantly.

A good project for a rainy day.. or weekend.. to get caught-up with the backlog. Future magazine articles could be scanned monthly, without taking too much time at all. Set up folders and sub-folders for all your magazine subscriptions and forums by name/category/year.. etc. All searchable by computer, using keywords in the file-names.

There is no good answer. If you have any issues covering early 70’s Mustangs I wouldn’t mind owning them.

My father had stacks of old R&T and C&D mags. He loved reading them and he had subscriptions as far back as I can remember.

Do a little research and see if some are collectible. As for the rest, hate to say it, but the burn pile is the most efficient means of disposal.

Thanks roddie, been there.  Last five years of my Federal civil service was spent as section head of the Technical Information Departments "Reports Processing" section at the Naval Air Test Center Patuxent River Maryland.  The young ladies there edited all the reports that the test pilots submitted then scanned them for content and historical value.   Might be a little over-kill for my requirements and I doubt if I have enough time left to digest even a small part of what I have.

I do enjoy those binders though, skimming through them and absorbing the creative and often humorous advertisements.   I wormed in a picture of my Aurora Fokker D7 wondering if I could catch a C/L guy.  Didn't.

And Ron, yup, burn pile fodder for many. 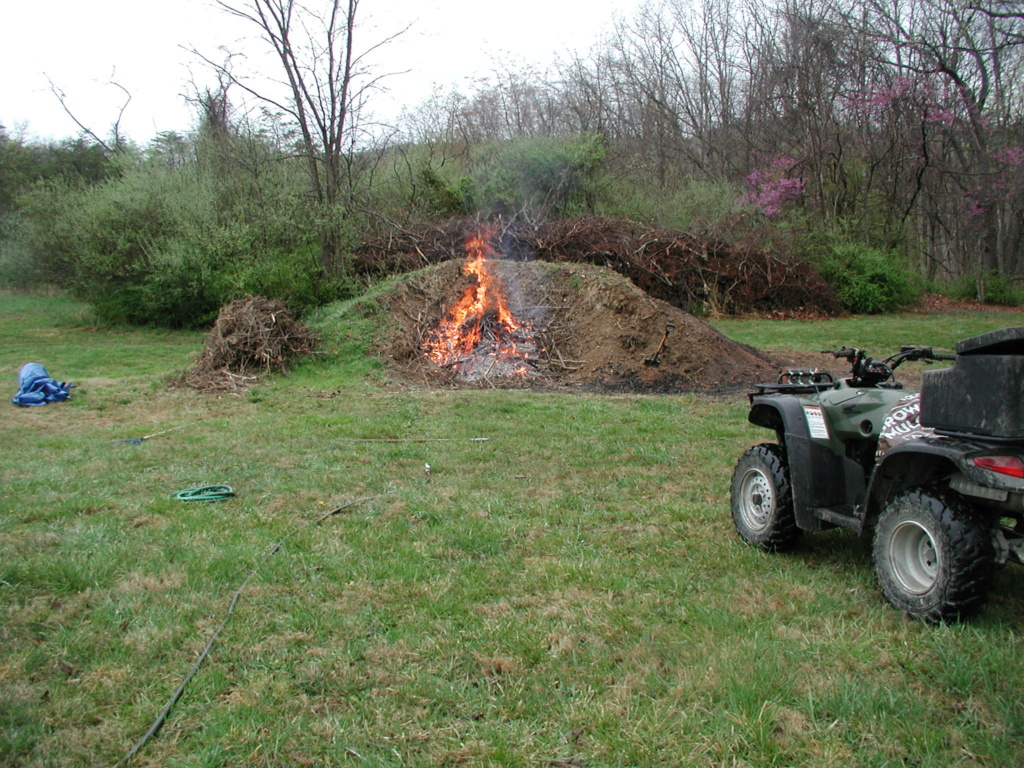 I see some irony in the "non-starter" of cutting the address lables VS cutting out the intresting advertisement and articles then putting them in plastic sleeves and binders! lol
Yes, I too have a closet full of Important Magazines. Slowly dwindled them down to mostly Corvette stuff, Calvin & Hobbes and a few Haynes Manuals! yup, the Burn Barrel let the ink & paper return as smoke to the sprit world.

There is some irony in those "Market Place" ads too. Exotics from the 1970's going for $3000 that you couldn't touch today for many times that amount. Even in 1970 dollars they were a bargain then and many were near new.

Similar topics
» Could use some prayers!
» Acquired an Enya .10 from *bay at a good price.
» TD .051 question
» Oriental ARF assembly
» Please, need some help to identify a Baby Bee ?