» Couple Kittens followed me home..
by Michpatriot Today at 1:26 pm

» Got the modeling bug this past weekend
by roddie Today at 11:27 am

» My Mazda RX-7GSL-SE build log with the occasional balsa inclusion
by rsv1cox Today at 10:50 am

» How's the weather?
by GallopingGhostler Today at 10:08 am

here is a picture from the newpaper of the beach 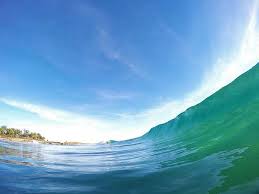 Marleysky wrote:Those are some really nice pictures! If it has been so cold, why isn't the water frozen over? Is it a moving river or  hot springs?
Michigan has had a record breaking warm spell up thru Christmas. This was the 1st time in a long time we did not have snow cover at Christmas. It's now just starting to freeze and the news is all about warnings to stay off the ice. DUH, people are falling through the ice.  Last year the big news story was the the Lake Michigan froze completely over. This year we've had freezing rain and ice build up, no nice fuffly white snow, yet.

It would be great to have some hot springs nearby, but sadly no such thing here

It's a river, our house is right by it (maybe 150ft off), the first pic in my post was taken through the dining room window

The river may freeze over if the cold weather stays for a week or two, but it also depends on the overall water situation. The whole lake-river-lake-etc system is regulated, there's a hydropower plant about 4 or 5 miles upstream, and they adjust their water flow according to the electricity price and the overall water situation. So, often when it's really cold and the power demand is high, the flow is also high, and it won't freeze. Sometimes it's "kinda" cold, but there is either not enough water upstream or too much water downstream and they have to slow down, then it may freeze. If the water level varies, that may break the ice and so on. I've seen it freeze a few times but I would never go on that ice, no matter how thick it may seem.

The winter here has also been a lot like you described your situation. Unseasonably warm, no snow in Christmas, temps above freeze. Then we suddenly got this huge high pressure system and freezing air from Siberia and zzapp, in the Northern parts of Finland it was literally colder than at the North Pole at the same time

But as you may see in the pictures, still practically no snow, maybe an inch but not the usual knee-deep cover.

happydad wrote:
Kari: It is Winter, why are you at the lake?

You should be at home next to the fireplace.
p.s. do you have a model boat for your Cox Engines?

Ha, the river is right by the house, and I was already outside (fetching firewood of course

), decided to go and see how it looks. The first pic was taken from inside the house.

I have an R/C boat, I built it when I was maybe 12 or 13, but it has a 380 size electric motor. It was a Taiwanese kit, can't remember the manufacturer's name but the model name is "Nereid". It's not in running condition, I borrowed the motor and the radio gear for something else back in the day, but it's in the restoration queue.

Walking around in shorts yeasterday..........2 inches of snow and 25 degrees today. Funny winter so far

Same here in north central KY! Not 2" but the ground is covered.

Went to hobby shop yesterday morning with Tee shirt and unbuttoned long sleeve shirt.  Bottom fell out during the day and we have 2" snow and 26° this sunny afternoon.

Three days ago 77F and I got a lot done outside... rain last night and 41F today

Not only variable conditions on your side of the world.  Wednesday here is supposed to be 40°C followed by Thursday at 20°C.  The sudden change will be a shock to the system for sure.

Got 25°F tonight (missed getting the snow my buds over in Kentucky got)...supposed to have 18°F when I wake up---with 50's later in the week, so we're all over the place too.

Getting the van outfitted for a gypsy run this coming weekend, so I may be freezing myself good and proper like last winter's trip to the Air Force Museum in Dayton.

-5F here. The snow is squeaky.

80 degrees here during the day

80 degrees F. here during the day and 32 degrees F. at night. Escondido, CA

Oldenginerod wrote:Not only variable conditions on your side of the world.  Wednesday here is supposed to be 40°C followed by Thursday at 20°C.  The sudden change will be a shock to the system for sure.

yep it's hot out here I'm glad i have the beach nearby!

Oldenginerod wrote:Not only variable conditions on your side of the world.  Wednesday here is supposed to be 40°C followed by Thursday at 20°C.  The sudden change will be a shock to the system for sure.

yep it's hot out here I'm glad i have the beach nearby!

Greg, you're at Noosa.  It's always hot there

56 degrees yesterday Snowing now our first one and its sticking !! 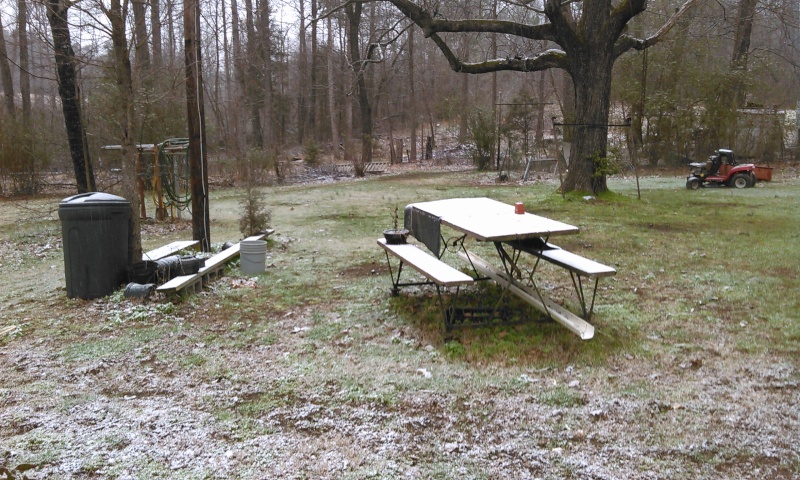 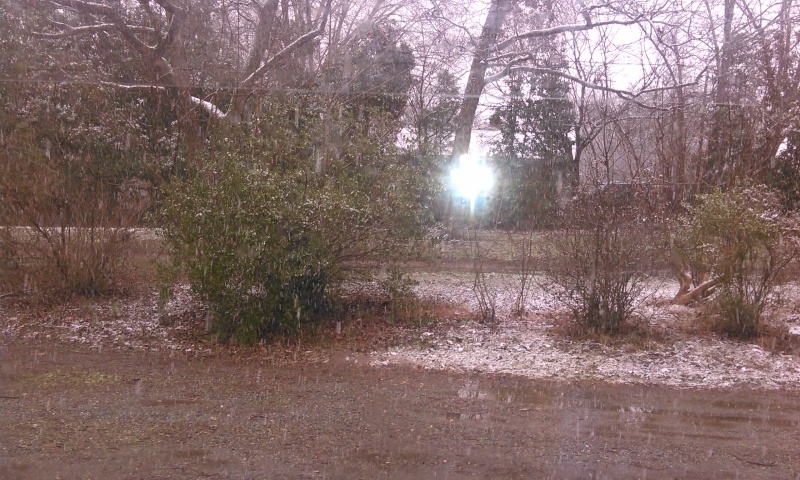 Almost put Mud Dabber up for a cold flight or two, but started working on and in the shop. Everything's toasty in there !

Crisp 35F morning but clear skies and no breeze so now at 2PM we are enjoying a sunny 57F with low humidity--- and I am slopping dope about fast as I can..grin

0F here with a stiff breeze.

Now is a good time to not be in Florida. Tornadoes, heavy thunder storms and strong winds with gusts close to 90 mph. Plus the temp is well below 80F. That is freezing in Naples.

Now is a good time to not be in Florida.  Tornadoes, heavy thunder storms and strong winds with gusts close to 90 mph.  Plus the temp is well below 80F.  That is freezing in Naples.

Yes, Although damaging tornados are rare in Florida, hurricanes are not. I was up on the roof nailing down shingles during the eye on this one. Got down when the winds picked up again. 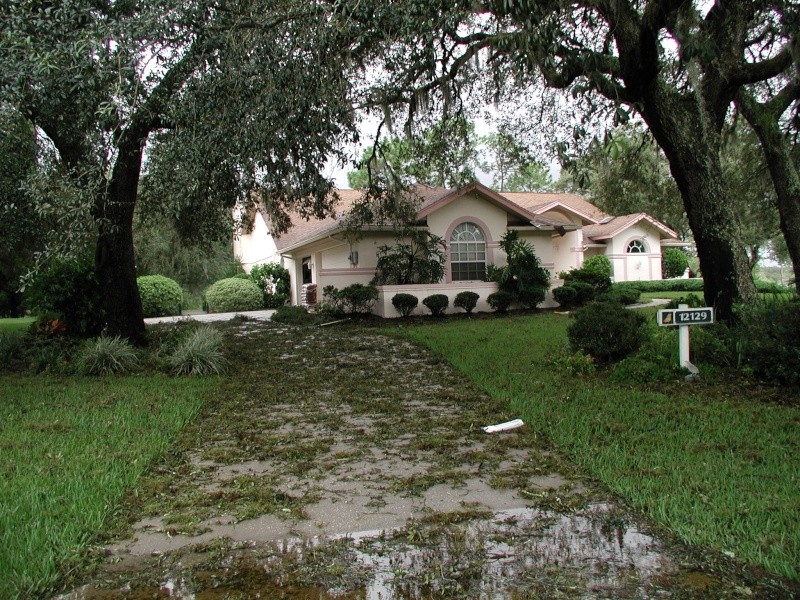 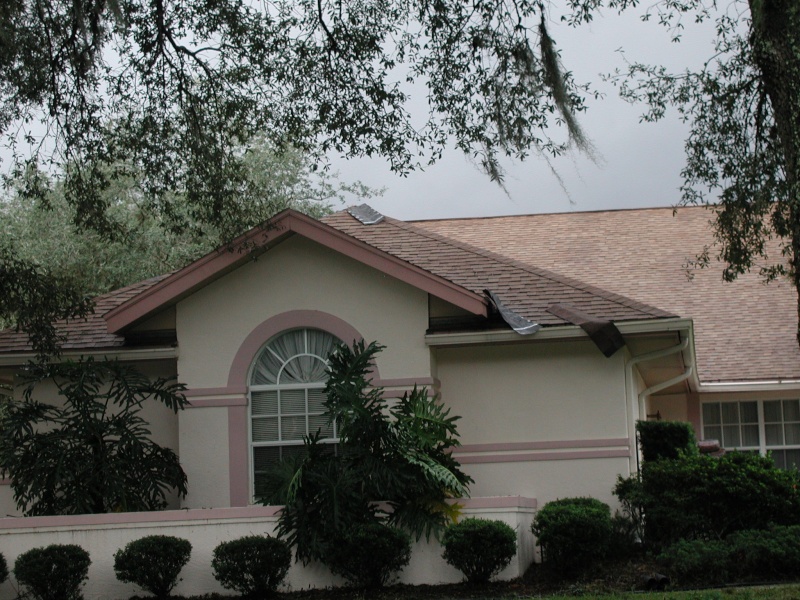 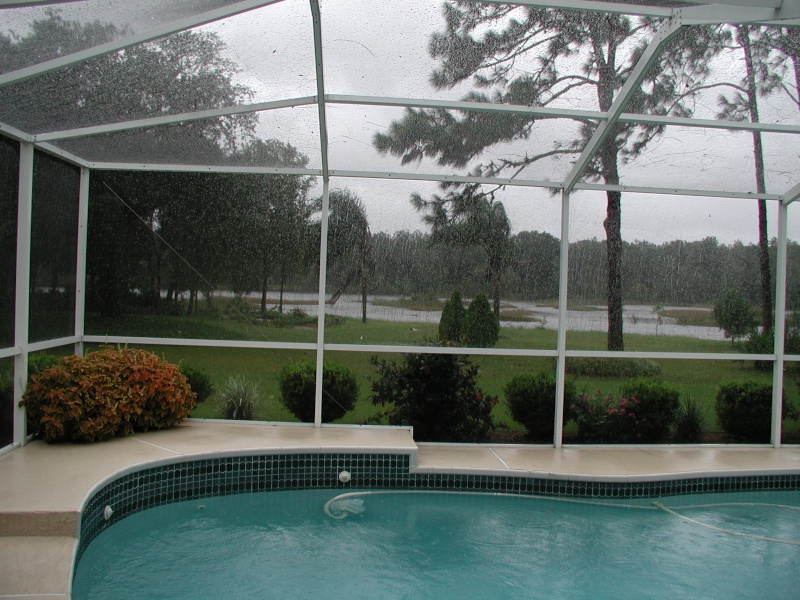 My heart goes out to the folks around Sarasota that lost everything, we have friends down there.

Highs here in the teens tomorrow, I could use some below 80's.

Snow predicted for this weekend.

Today I went flying. It started out cold and pretty much got really cold and snowy. Philadelphia area received it's first measurable snowfall today about 1/4"-1/2". It was very wet though and pretty miserable. Large flakes that melted quickly leaving everything wet. I tried to run a few engines, but it was getting pretty messy. I managed to get up a few diesel flights on the Cox .049 diesel. I'm gaining more and more knowledge of how it all works each outing. I was liking the rpm's the Master Airscrew 6 x 3.5 was making. The 7" props are out of the question. Too much load and the engine isn't happy.

Kudos to you for getting out and launching...with a DIESEL no less !!!

Guess I ought to get myself out in the morning and at least make a lap with Mud Dabber or Big Red.

Kim, it was a test of patience. I couldn't retain heat in the engine. Once running, I would just keep filling the tank until we got the lines on it. The other problem was the fuel viscosity. My hands and feet were getting pretty cold and my son gave up first. I admired his efforts though as he took everything into the car and cleaned and dried stuff off. About 6 of us made a showing which was impressive for the temps we experienced.

Similar topics
» Here's how to fly in inclimate weather!
» Ah, 80 degrees = top down weather
» How's the weather?
» Bad Weather
» The Official "International Cox PT-19 Fly It If You Got It Day!" Thread