Scroll down a couple to the Dodge.

I remember when it came out and I was smitten.

My cousin had one.....until a head on with a Semi in northern Mn. The engine was 80 yds. from the rest of the wreckage.

So, today was a long one. I have everything ready to fire the engine tomorrow. Just need to add antifreeze and gear oil. More of the same back and forth and painting. I had a real bear with getting the pulleys to line up. My friend told me I would, but I blew him off, sure enough nothing lined up. Went and bought new bolts and spacers and modified them to make the alternator line up, but when I put on the power steering pump it too lined up to the wrong spot.  The engine was in a 1977 Cordoba at one time and I used those pulleys because I was sure I couldn’t use mine. I thought the crank pulley mounted differently and were not interchangeable. In a desperate attempt to make it work I decided to pull off the crank pulley on the 318. After I removed the inch of grease out of the hole I noticed it was a bolt on unit just like the Cordoba. So after that waste of time and money it now works as it should.

Here are a pic as it sits and some crappy welding I did to fix the rad support. Hopefully tomorrow I will have a video of a running engine! Wish me luck! 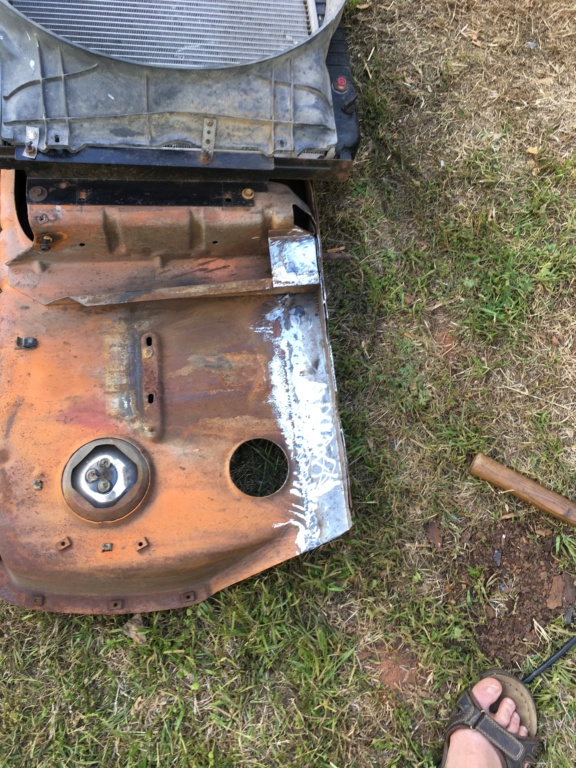 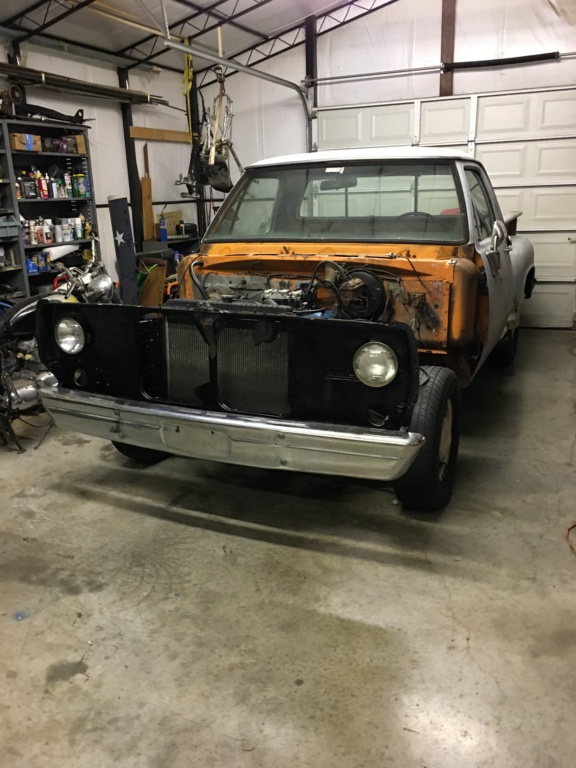 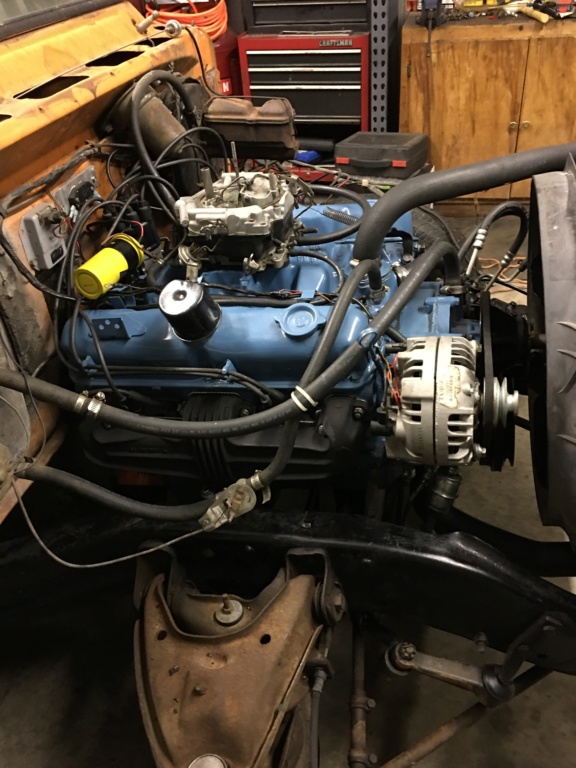 .....working on a truck in sandles?  OW!! ... Car engine in a truck, you run into lots of incompatibilites! Did a Ramcharger swap like that once and had to change the oil filter adapter also.

Welding in sandals and shorts! I like to live dangerously.

I guess!.....Ever smash your fingers between an NP435 4 spd. and the concrete floor? That didn't work out so well....but kept on working...on the clock ya know!

OhBee wrote:I guess!.....Ever smash your fingers between an NP435 4 spd. and the concrete floor? That didn't work out so well....but kept on working...on the clock ya know!

What about transfer case install? I never saw the need for that granny gear when the T-case already has a low lock!

OhBee wrote:I guess!.....Ever smash your fingers between an NP435 4 spd. and the concrete floor? That didn't work out so well....but kept on working...on the clock ya know!

Putting the protective cage back on the JDeere Zero Turn a couple of days ago I didn't have (or couldn't find) a 13mm deep socket.  Went with a standard socket unsecured on the ball retainer to reach over the projecting bolt.  Heavy last turn on the ratchet when the socket slipped off the extension.  Talk about a knuckle buster.  Will have that scar for awhile.

Looking good Ron.  Sandals here in WV yesterday your would have frozen your tootsies off.

I’d say you should know better Bob, but you are over 80 so I know you do! Hope it heals soon.

I should know better as well, one time I was welding and a molten blob of steel landed on my running shoe, it burnt down through my shoe and sock and nestled and cooked between the webbing of my toes.

By the time I got the shoe and sock off it was too late. 3rd degree burn! I suppose we all do stupid things. For me it’s mostly a time thing. As in I don’t want to take the time and get properly dressed, I want to work right now!

It was cool here too, but I was raised in Canada so I am tough.

OhBee wrote:What about transfer case install?   I never saw the need for that granny gear when the T-case already has a low lock!

Physical dimensions are the same, don’t see why it wouldn’t work. You will have to find one that was for a Dodge truck application as the tailhousings can be different.

The first fire up will be glorious, for me always anticipation, did I get it right!! On one of my old Chevy builds I pulled the distributor cap and rotor and somehow got the rotor 180 out, square peg in round hole thing. The backfires through the glass packs were louder than a 12 gauge.

Glad to hear that you got it fired up Ron, impressed with your results on that classic ride.

crankbndr wrote:The first fire up will be glorious, for me always anticipation, did I get it right!! On one of my old Chevy builds I pulled  the distributor cap and rotor and somehow got the rotor 180 out, square peg in round hole thing. The backfires through the glass packs were louder than a 12 gauge.

Speaking of humor, back in 2006 I was a civilian working at Kadena Air Base, Okinawa. They allowed me to ship my 1987 Suzuki LS650 Savage motorcycle there for free as a part of my household goods. It was my main ride to and fro work, leaving the Japanese left hand drive car for my wife to drive.

For some odd reason, my Savage developed an unusual loud backfire. (Bike will occasionally backfire due to its very lean tuning to meet EPA.) I was passing through a portion of the housing area on the way to work. (Main thoroughfares were too busy during rush hour, hence the convenient detour.

I experienced 2 back fires when I passed near the DoD Schools Kadena High School. I arrived at work unaware. That evening at dinner my daughter Grace mentioned that her high school was under lockdown, someone heard gunshots in the area.

Later I found that I had an exhaust bolt work loose where pipe mounted to the head on this large jug single cylinder engine. I tightened the loosened nut, which corrected the problem.

Now I look back, it is amazing how paranoid situations can get especially in a defence department setting. I can laugh at that situation now.

Besides, I could go anywhere on Okinawa fast on that bike in 3rd gear!

That's a funny story, George. Did you ever think about telling Base Security about it, just so they could close the book on it?... I'm guessing not, for fear of creating another round of paranoia with your name attached, Lol.

Ron, you're helping me recall fond memories of my own love-hate relationship with machinery of all sorts. Especially with the misaligned pulleys. You've gotta have the right mindset for that stuff and show it who's boss. I don't take no crap offa' no stinking machine!

I have one hell of a tool collection that I guess I ought to give to someone who needs them. My son, of course, but he doesn't need all of them, and he doesn't care a whit about working on cars et cetera just for the "fun" of it. I think the crux of my mechanical enjoyment was/is using the right tools the right way and improvising when I can't. But this old grease monkey has about tossed in the grimy shop rag, as all of my own moving parts are about shot.

WHAT!, Wait, there's no crying under the grease rack.

RknRusty wrote:That's a funny story, George. Did you ever think about telling Base Security about it, just so they could close the book on it?... I'm guessing not, for fear of creating another round of paranoia with your name attached, Lol.

Rusty, yup, I never said a word to Security. During those days things were very paranoid. Things really got hot when North Korea cranked off several missiles that fell into the water just short of mainland Japan.

And there was enough other nonsensical stuff going on the base that convinced me when I retire I'd only do saxophone from that point on. (Now you know why I play sax in retirement! Back in the early 1970's I was a 02J clarinet and 02L saxophone player in the 264th Army Band, Fort Shafter, Hawaii.)

Really enjoyed the people and the island, though. The O-Club and NCO-Club were tops.

Or, on the bandstand.

Ok, videos to prove it did happen. I learned two things today, grounds are really important and I need to go on a diet. Maybe I should re-enlist for a second time! I was skinny until I retired.

Anyway, it took four tries to get the distributor in the right spot before it lit off, some of that I will blame on the hydraulic lifters. They probably took a bit to pump up before I had the proper valve lash. The video is right after it finally fired. Pretty happy to see it go, no real problems to speak of. This engine was originally a rusted POS that was sitting outside uncovered. Cost me $100. All done by me except for the machine work. Took .060 overbore to clean up the cylinders. It’s actually a 372CI now. 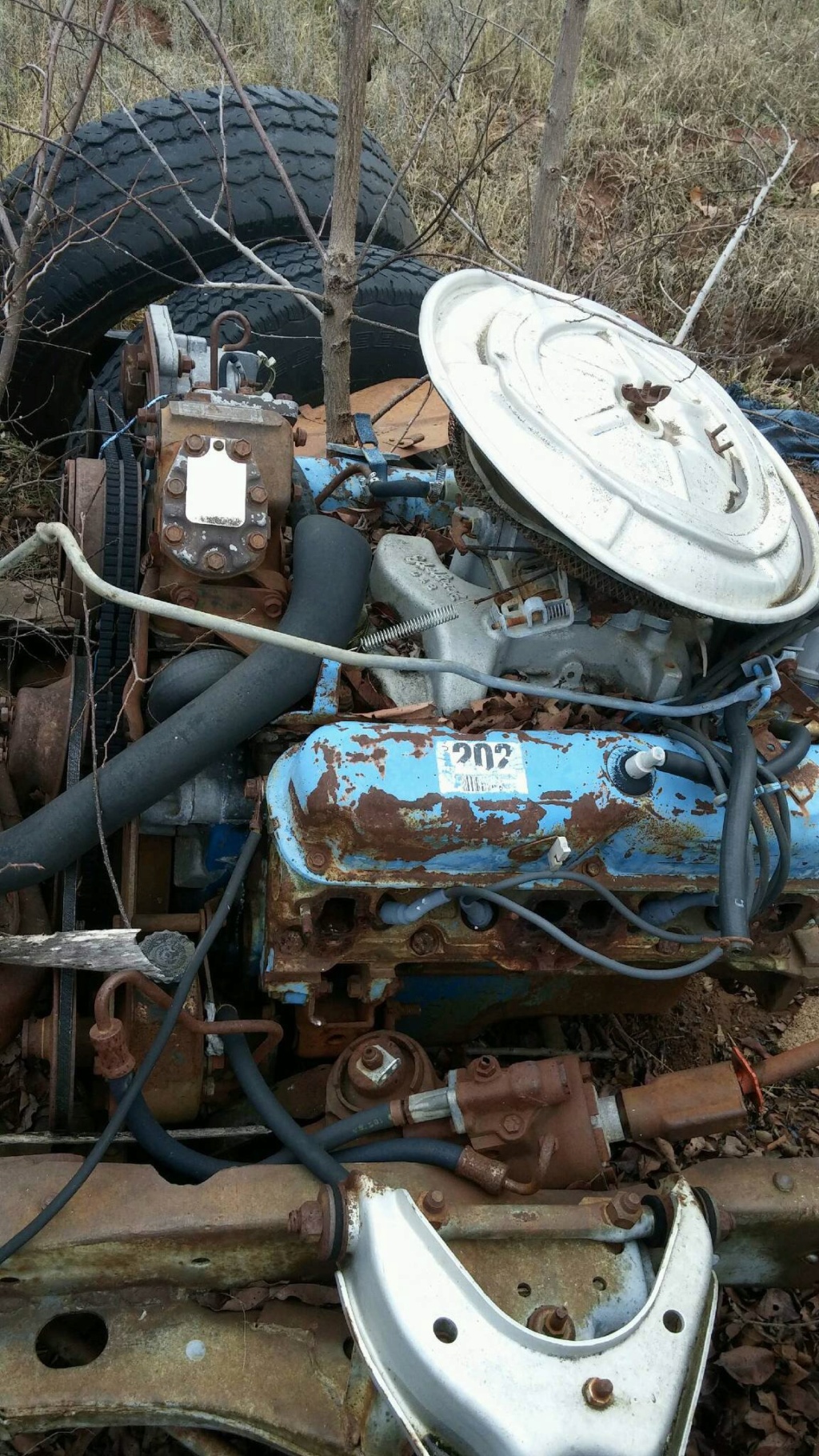 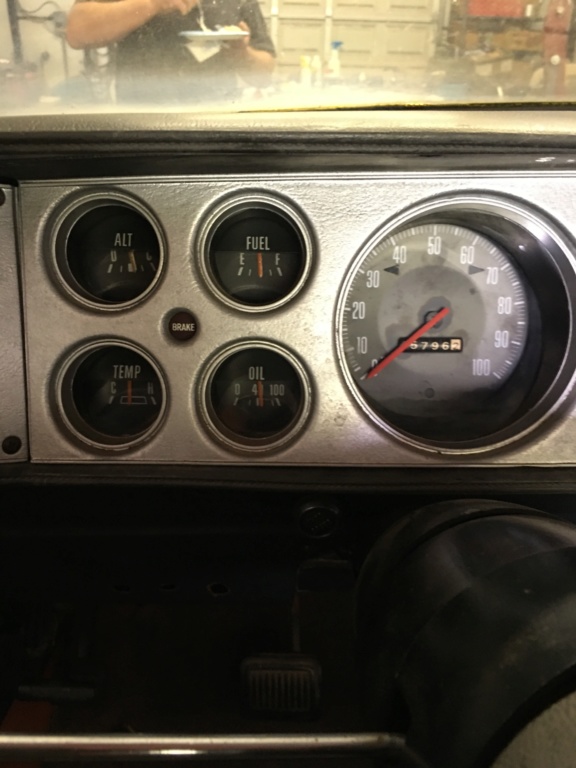 Cribbs, congratulations !! ... I see the photo where your engine was and I see it now working and you have done magic friend !!, again my congratulations and enjoy it !!

ohhh Cribbs, I also see a model there waiting for you !! 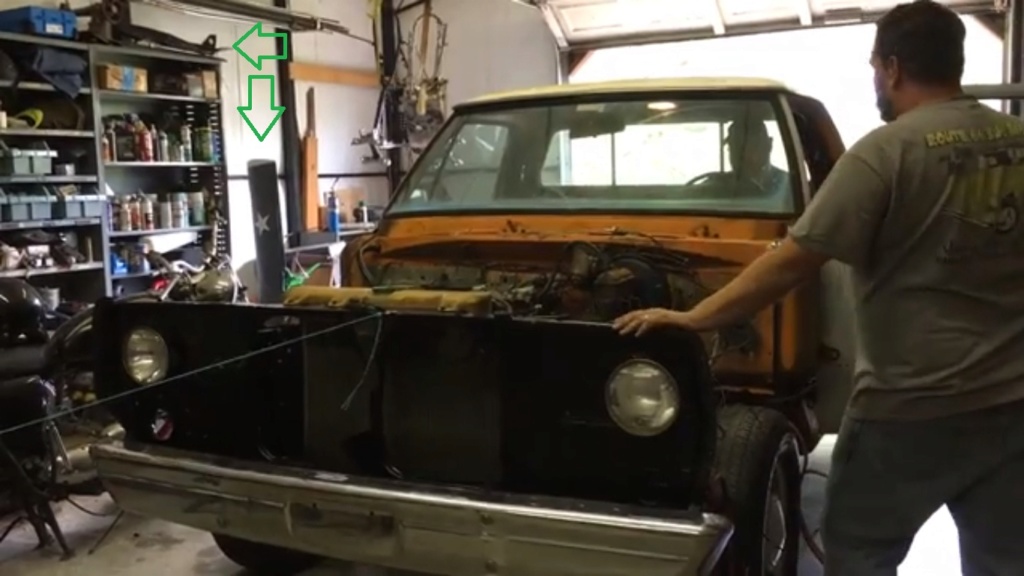 Thanks Mauricio! I appreciate the kind words. Yes, I have a lot of models waiting for me. So much to do, so little time!

Good Job Ron , She sounds goood nice and smooth !!!Ps yea ur a little piggie there LOL where is the smile

Paint the thing. Deserves it.

Similar topics
» How's the weather?
» Cox TD haul
» What’s Happening in Neenah??
» What is happening to our hobby?
» You got to see this!