Each one of these is a learning experience for me and I don't let it go to waste.  The Avenger has always played second fiddle to other Navy (I'm retired Navy) aircraft of WW2 vintage an area of special interest to me.

I always knew that President George Bush (Bush 41) was shot down in the Pacific in one, losing his gunner but being rescued by a submarine a day later, movie footage of the event exists.  But I did not know that the actor Paul Newman (HUD, Cool Hand Luke) was a WW2 gunner in one. 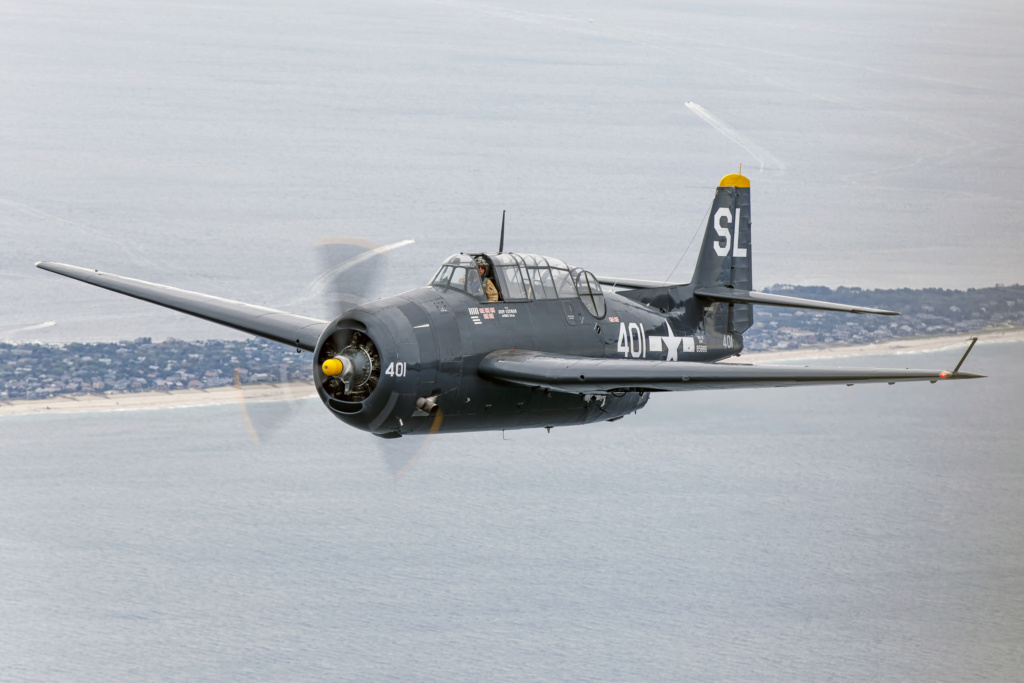 My intent is to build it along the lines of the original, center line 1/16" balsa and side-boards incorporating the rear downward line (see Avenger drawing) of the Silver Lining with the side-board - profile like. 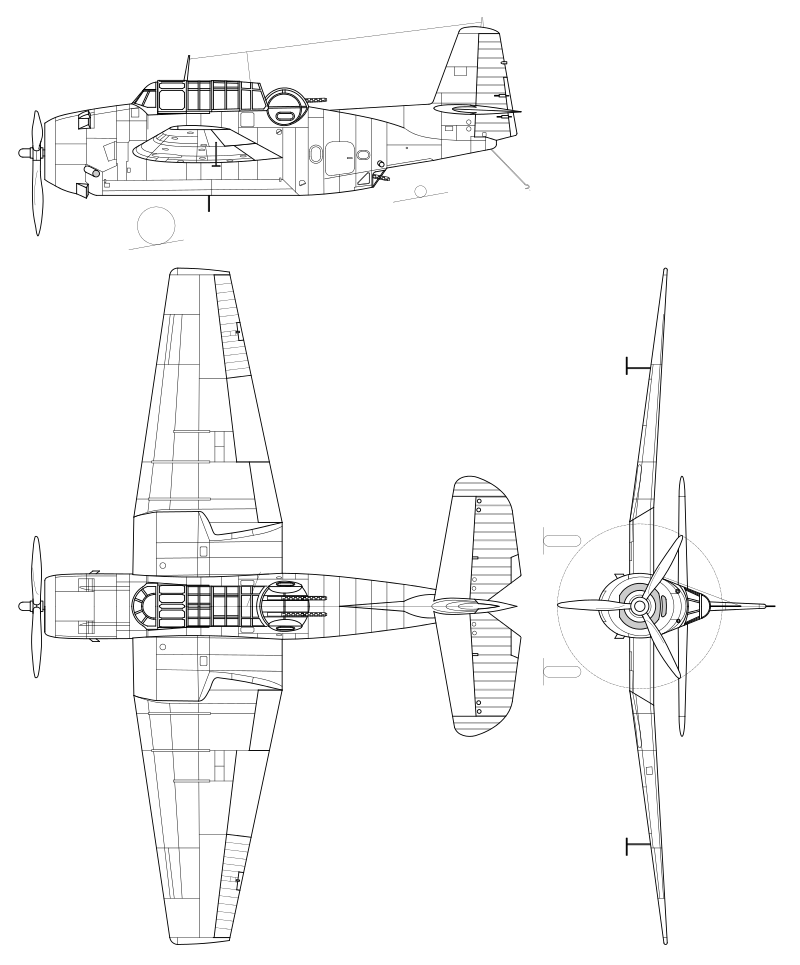 The Ginger Ale can might be a bit large (Cox .010) so I will probably use the V8 can instead, besides it's better for ya.  I'm going to play around with the size, but probably will just cut out the illustrations and lay them on balsa. 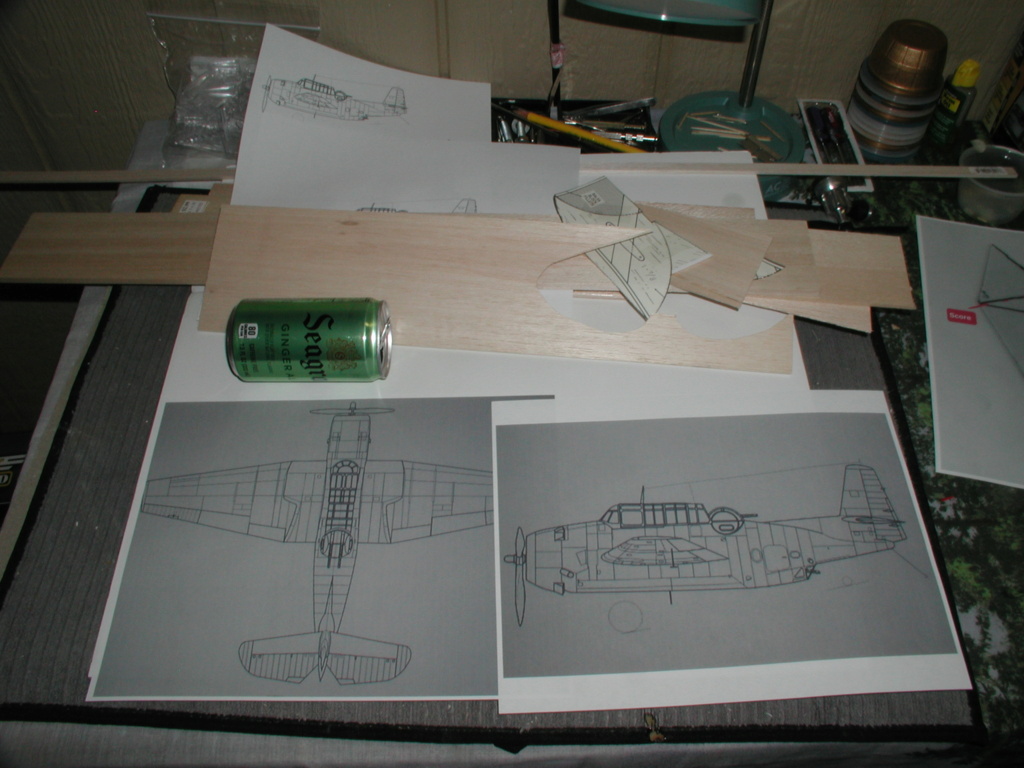 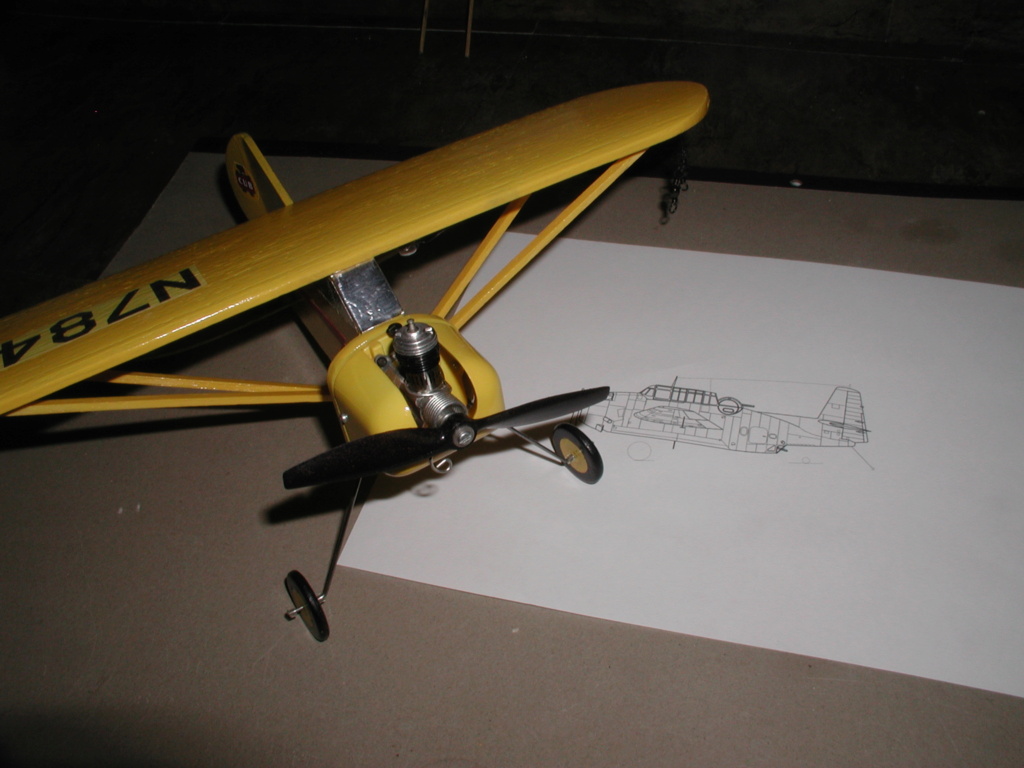 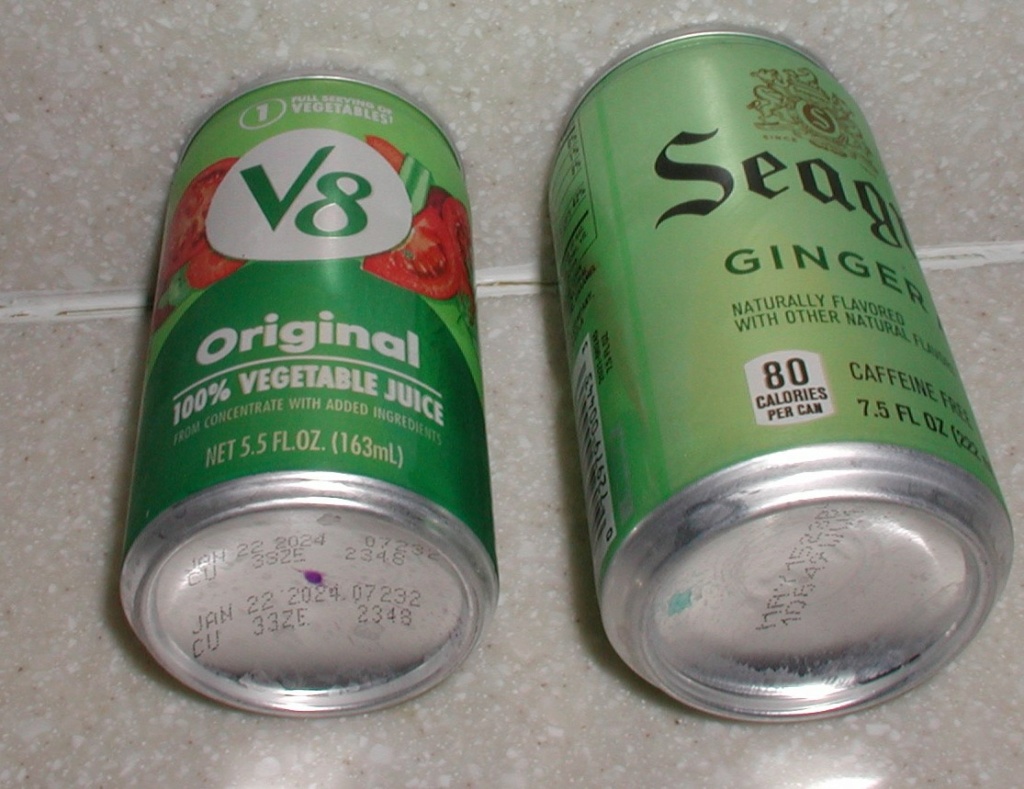 Still........I don't understand why no-one else is coming along with all those dormant Cox engines you have laying around and enough spare balsa to build a battleship....

You smart guys could build a better example in half the time that it takes me and do a better job as well.  What's the name of this forum again.  Robert, Yabby, and me need company.

Build something, top of your head, no rules.

You set the standard for these builds Mauricio and I follow every one.

I was thinking about something like the off-beat off the top of your head kit bashed pot bellied original "Silver Lining" designed thingy.

I chose the Avenger because it favored that design.

No stunts, just round and round. 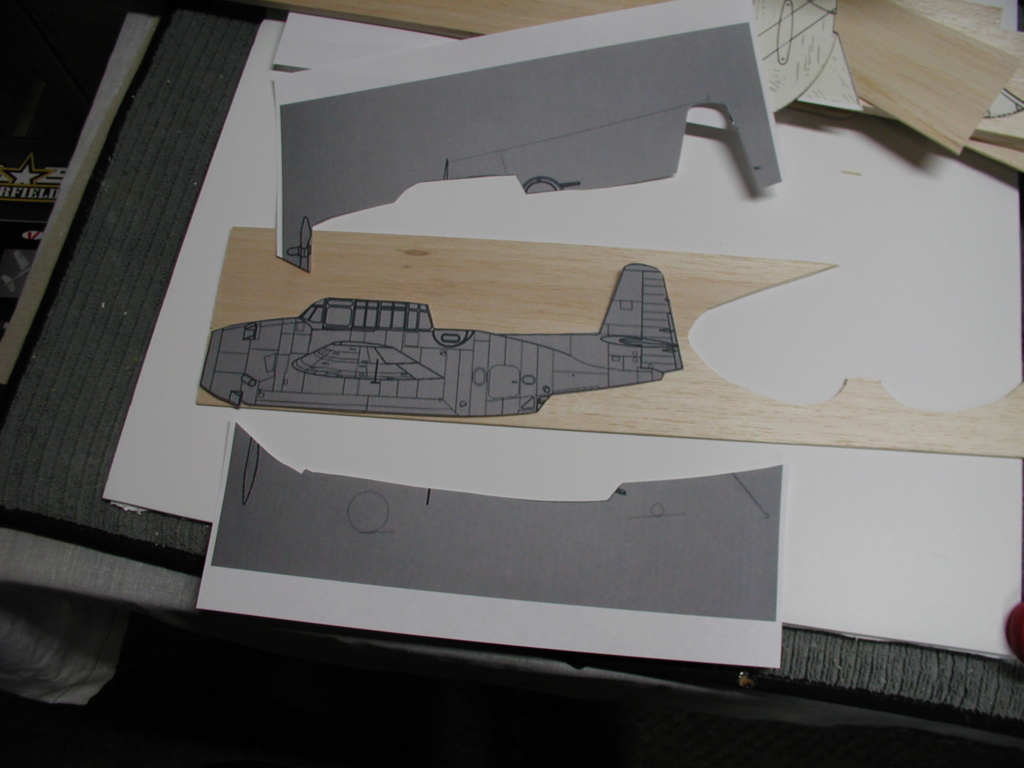 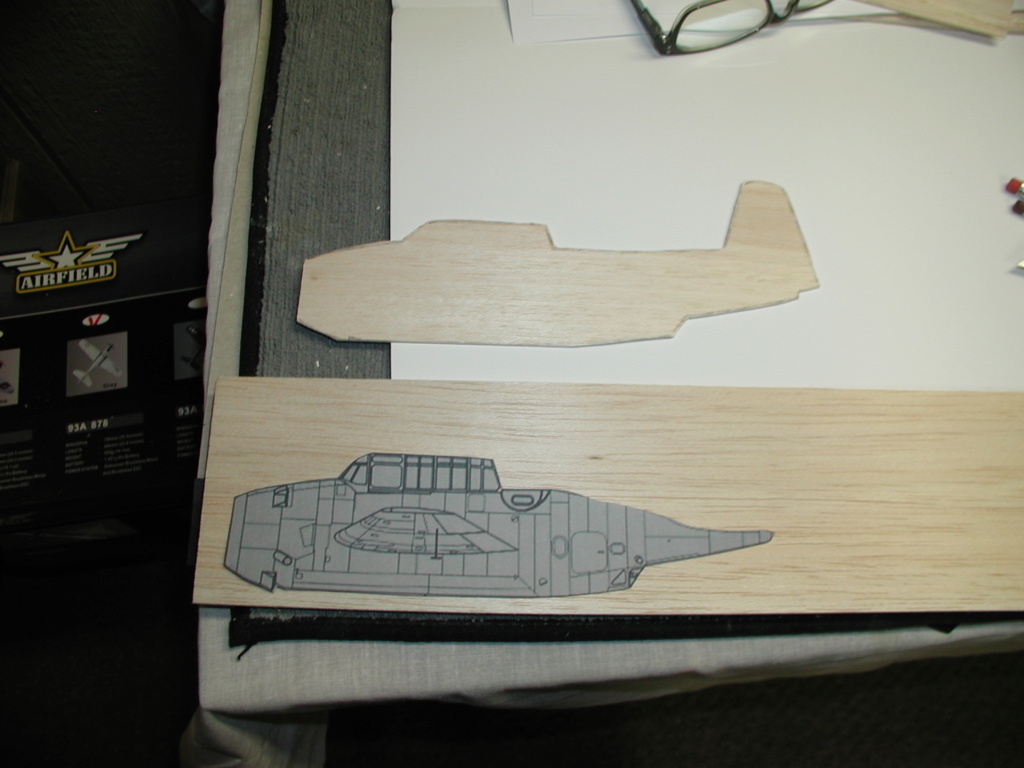 There used to be an Avenger based about ten miles from where I live… And a lot of other warbirds as well…. They belonged to Connie Edwards and were based on his ranch ….I was fortunate to be able to go see them a few times in the past ….Google his name sometime when you have a chance…. Interesting fellow

There used to be an Avenger based about ten miles from where I live… And a lot of other warbirds as well…. They belonged to Connie Edwards and were based on his ranch ….I was fortunate to be able to go see them a few times in the past ….Google his name sometime when you have a chance…. Interesting fellow

His name has been mentioned in Air Classics magazine and he even made the cover - sorta. 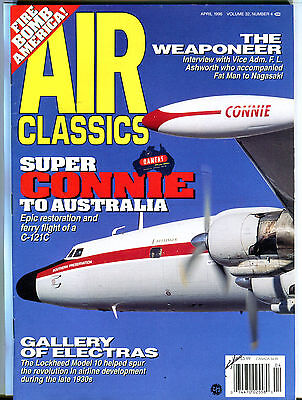 Wlison Connell "Connie" Edwards, shown here with his rare two-seat Me-109, died May 3 at age 85. Edwards learned to fly as a teen and later spent decades performing secretive contract flying for government agencies in the 1950s and 1960s, much of it in Central and South America.

We shared the same age. 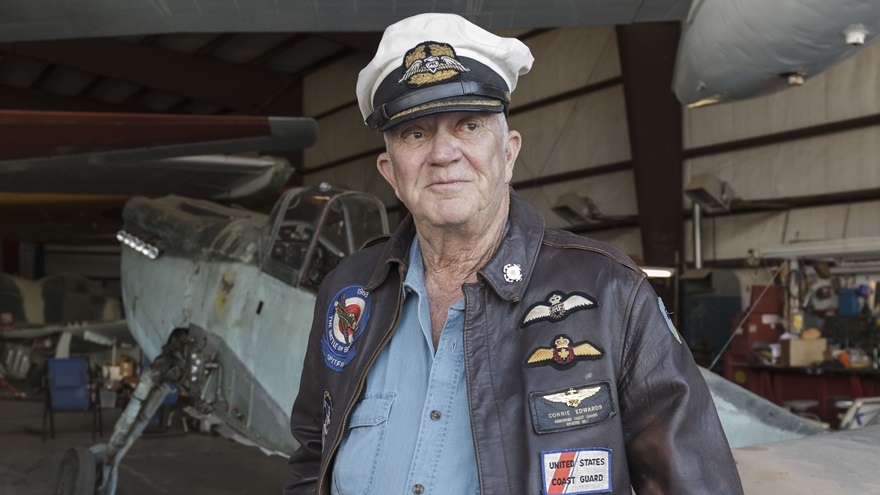 I keep messing with the things.  Wing will be simple, diagonal cut off the center section and a little dihedral on the ends.  Fuselage, cut out the center section balsa leaving just a frame, sheet with 1/16" balsa.  Probably a better way to do it but at this age I'm not a stick and paper guy. 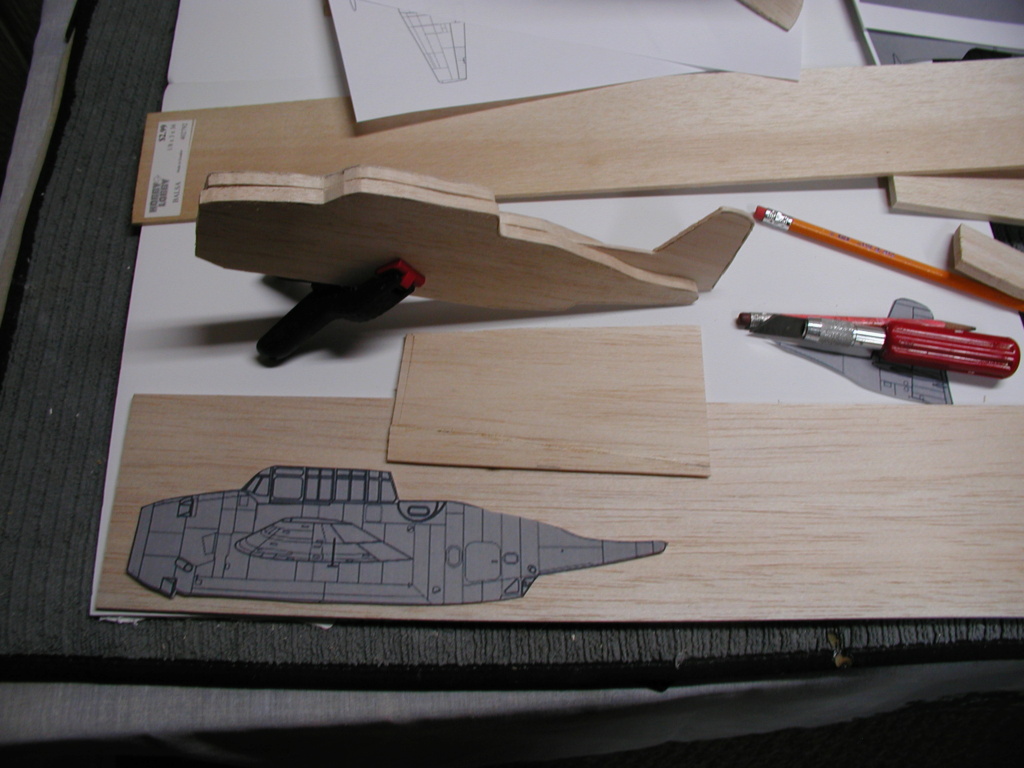 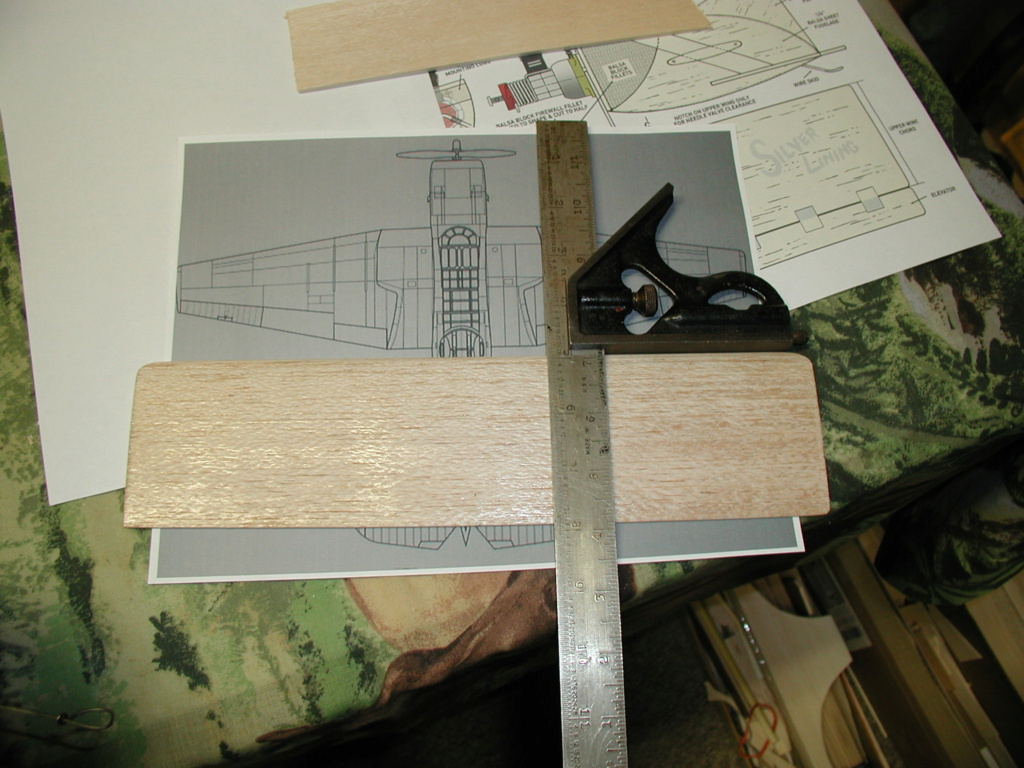 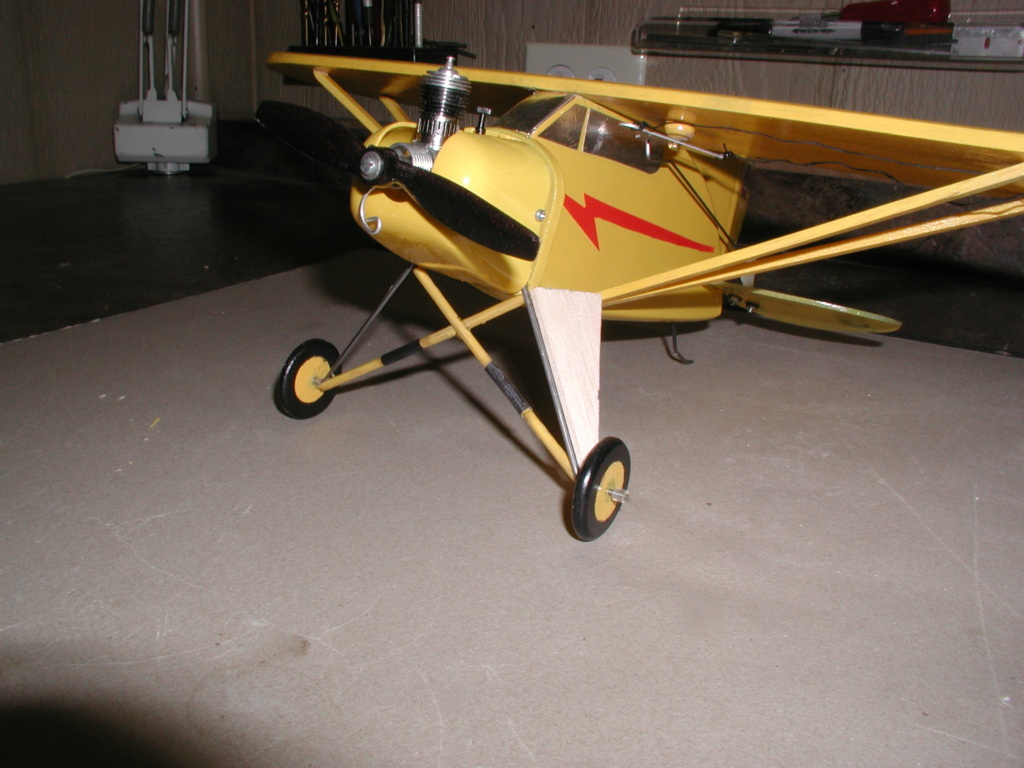 I said I'm not a stick and paper guy, but I did just pick up this Guillows kit on ebay.  Sucker for punishment.  That Avengeritis thing.

I could have built it twice as large and that little Cox would still pull it around, but I wanted to maintain the original "Silver Lining" size and theme.  I did make the wing larger than the picture both in length and chord.  Just doesn't look it. 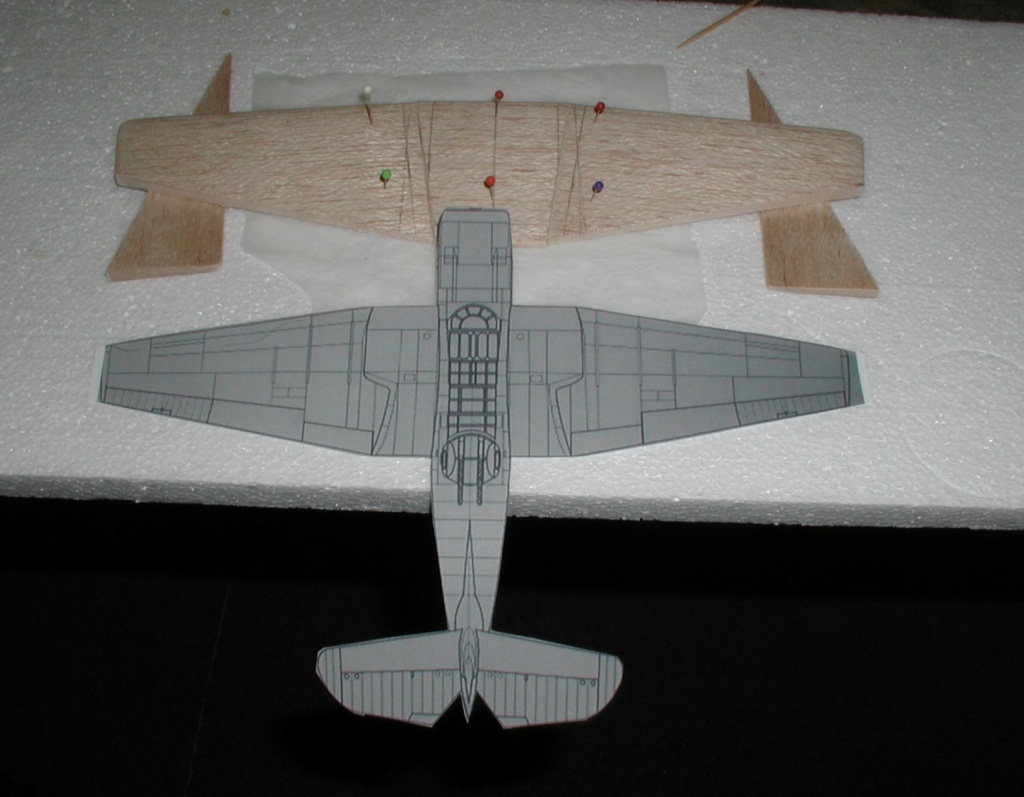 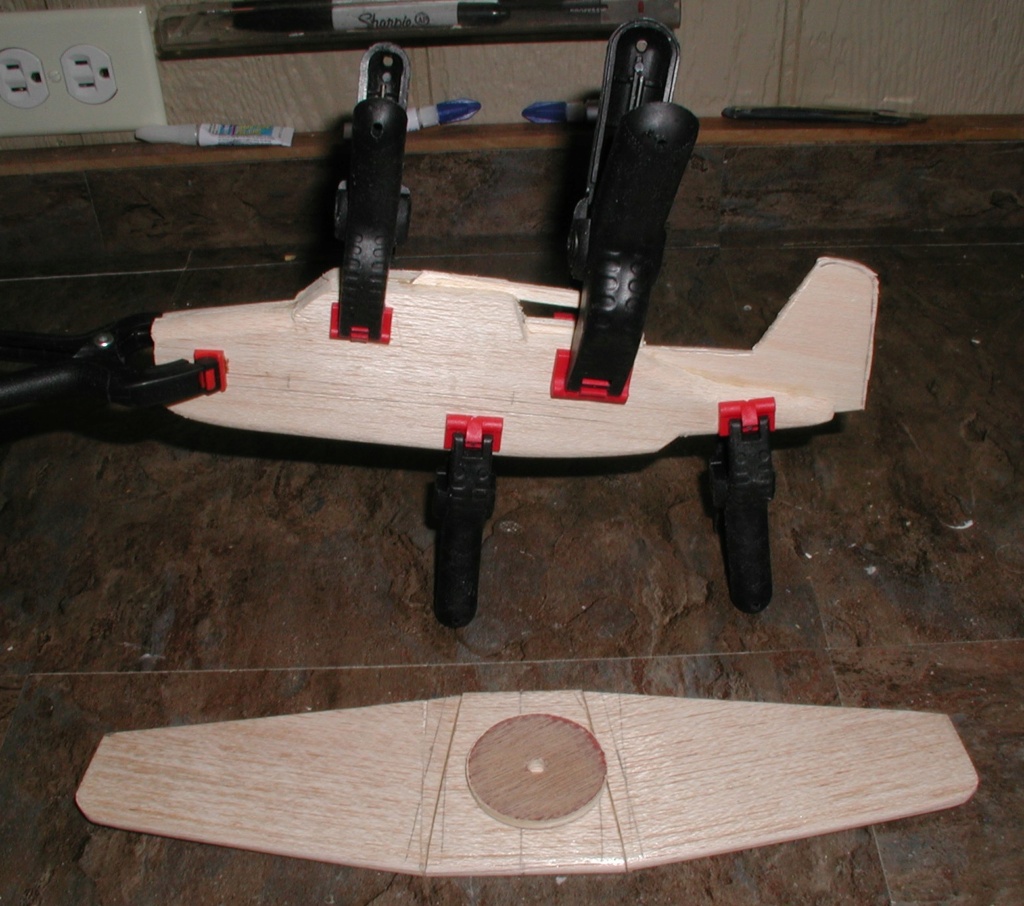 Is it possible/advisable to lay the .010 over on it's side at 90 degrees?  Anyone ever done it? 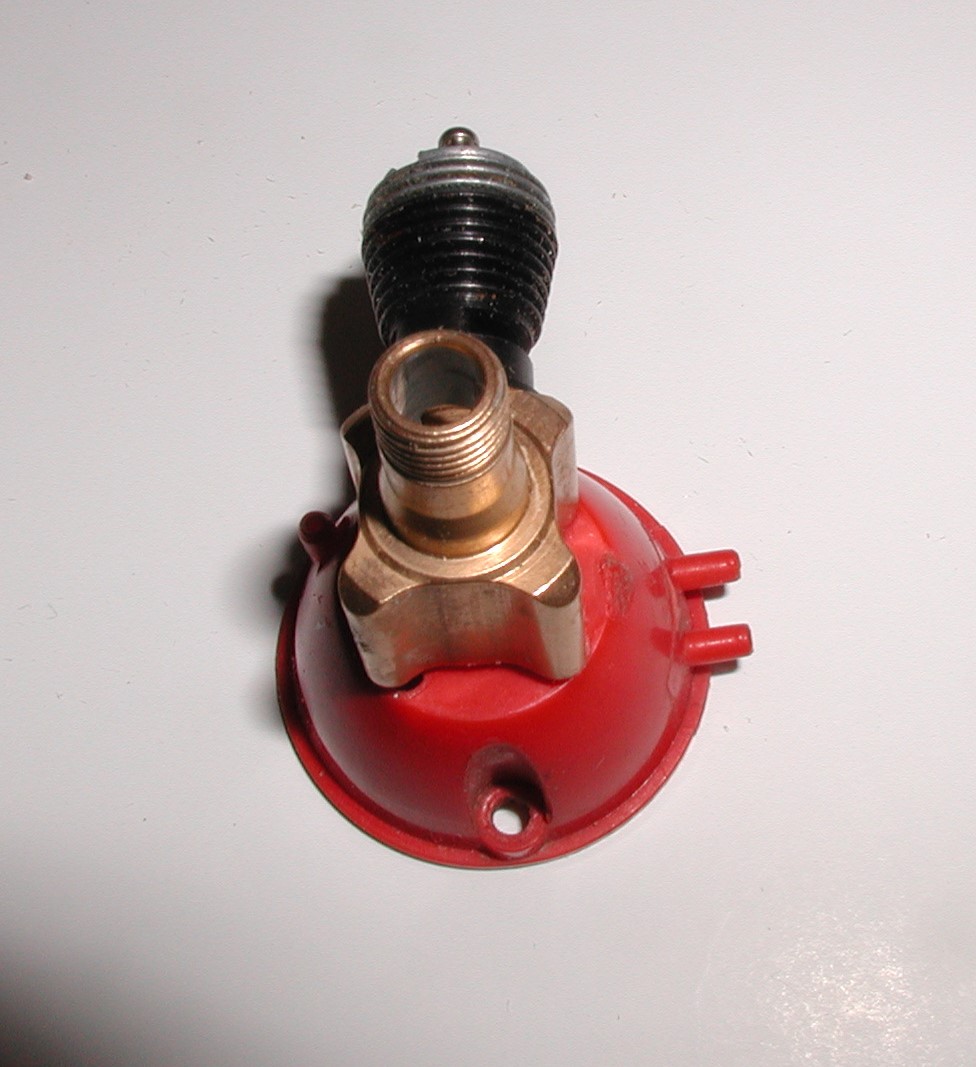 That's looking sharp, Bob!
.Will you do "tether control on the end of a stick," as in the plans, or are you planning two-line CL?

One of my stuck builds is the Typhoon from this series with 120% enlarged stab and a Lil Jumpin Bean wing. Your build is driving me to re-engage my 1/2 done Tiffie. However, it is to be powered by a product-type reedie. I decided early on that I would use the shapes, but not the wood, and the engine would be upright. However, it gets tough fitting the fuel line through the firewall and under the engine without the wing getting in the way. I learned this on the other stuck build, my Scientific Red Tiger. On that one, I notched the LE of the wing in order to allow for enough bend in the fuel line to keep it from kinking (ouch). I bet that one will fly a few times, and then be relegated to wall art.

I saw on FB the Stuka from this series. The builder included a lead-out guide very much like the 1/2A Scientifics, with the bellcrank platform inside the fuselage. He did it to simulate a CL model, and nailed the image perfectly (except no flying).

So I have that Stuka and the Avenger waiting for me. I expect I'll use my .020 engines with horseshoe backplates and fuel tanks in the fuselage. More than likely, those engines will be side-winders with the NVA sticking out one side behind the cylinder, and the fuel tank feeding out of the fuselage then back in to the spraybar...very much like the Brits do.

I'm looking forward to watching you with yours as it comes to completion.

All my scratch builds/rescues are built to fly two line control line or R/C, plastic or balsa save the ground pounder tethered solid pine tri-motors. All except a couple of plastic models which need fuel lines attached could be flown right now. Inventory is presently right around 50 not including kits or partially built.

The design of your Typhoon begs to have the engine installed inverted. I have often thought of building one. I never had a problem starting or running the engines inverted in my P-38.

Looking forward to reading about your Stuka and Avenger builds. Misery loves company.

To answer my own question, yes you can lay the .010 over 90 degrees but you have to do it on the inboard side to maintain the fuel pick-up in the proper position.  Outboard side the pickup is way to high.  Also to mount it on a firewall you would have to remove the cylinder to screw in the top mounting screw.  Not sure what I will do, but the side mount has it's advantages in this application.

Edit.....Scratch that, either orientation will work inboard/outboard but the cylinder will have to be removed to mount. 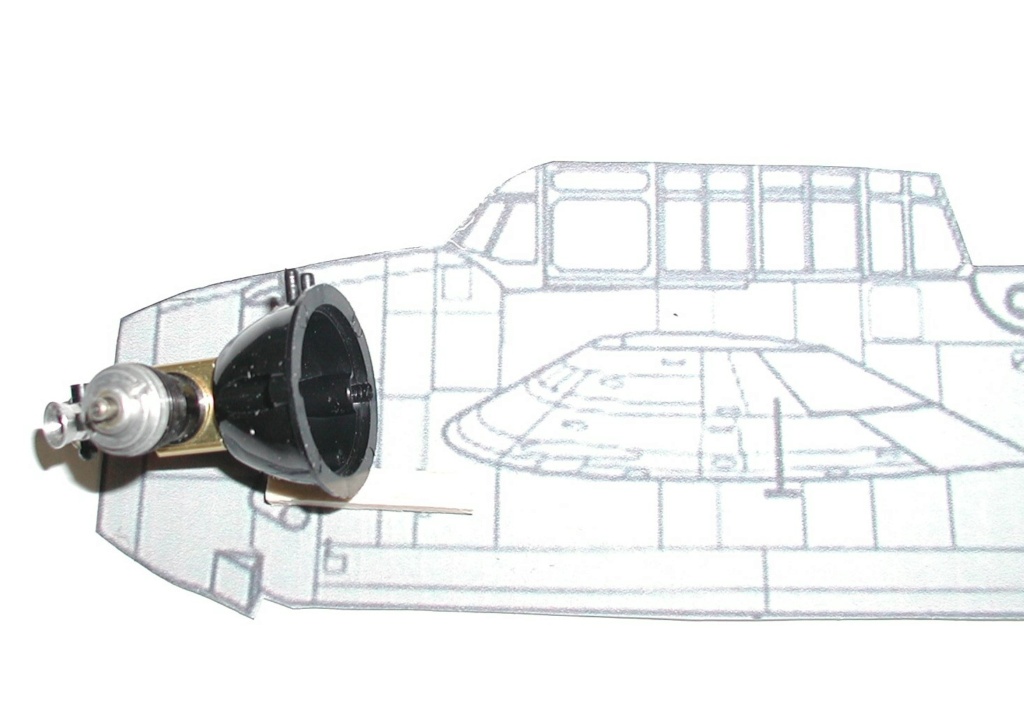 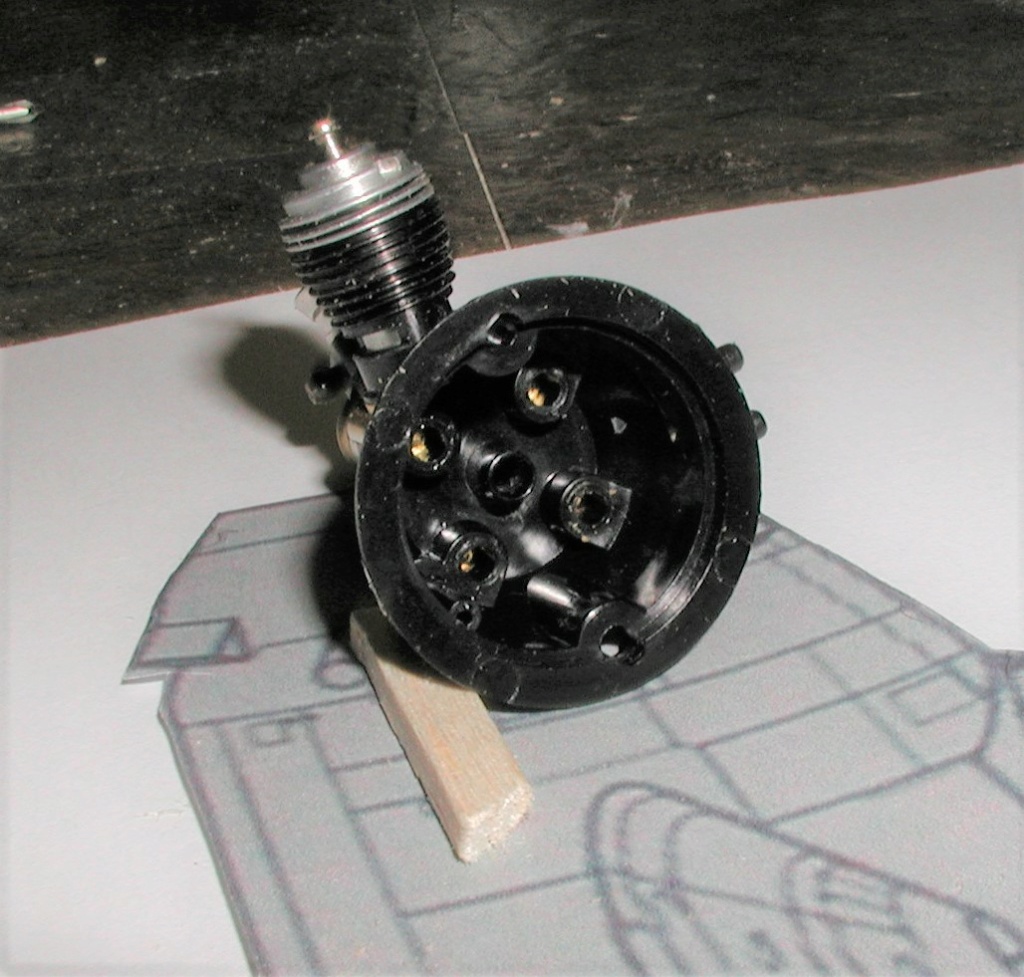 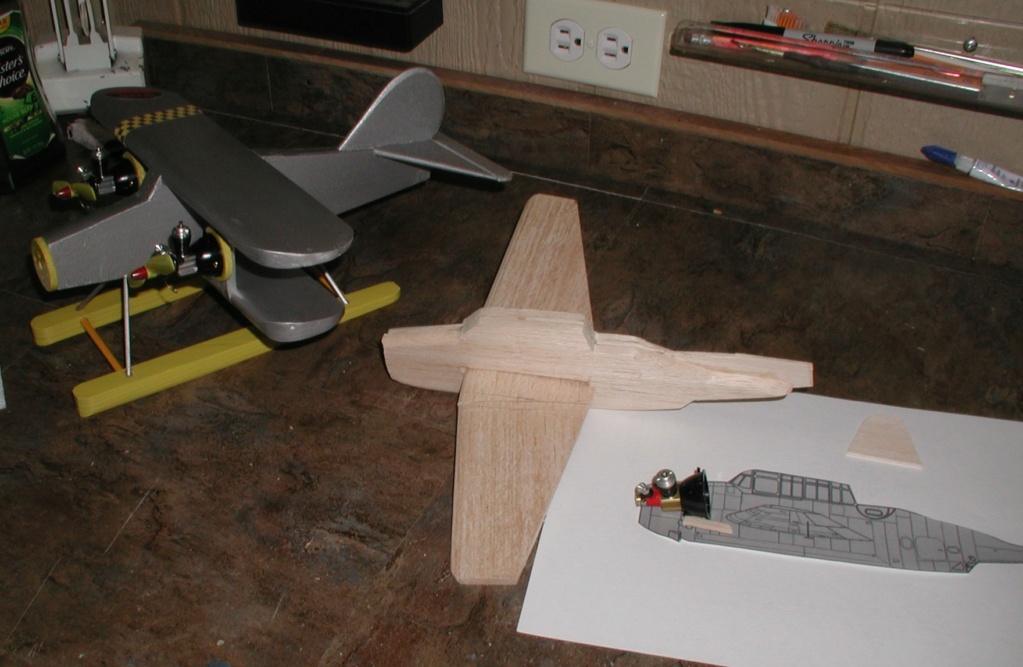